Hello everyone. I frequently visit this site “Ghumakkar” to read numerous travel experiences and always wanted to write my own experience one day and today finally it has happened when I am writing my own travel experience. Hope you will enjoy this journey with me.

In my first post, I will narrate my latest journey to the lake city. Yes, you have guessed it right. It is “UDAIPUR”- Venice of east or Oasis in desert land of Rajasthan. Udaipur has various lakes in and around the city and those were built by then rulers of Udaipur.

Chittorgad was earlier capital of Sisodia Rajput clan.In 1959, Udaipur was established as new Capital of Sisodia Rajput clan by Maharana Udaising, father of Marahana Pratap. The new capital was established near the small village called “Picholi” and people were encouraged to come and settle there. In the desert land, water was important and scarce, so Maharana built a lake, which is now called as Lake Pichola, the main identity of Udaipur. There are other lakes like Fathesagar, Doodh Talai, Swaroop sagar and these lakes were primarily created to meet the drinking water and irrigation needs of the city and its neighborhood.

In Udaipur there are a number of places of interest for tourists. However the most important is really magnificent structure which stands on the bank of Lake Pichola- The City Palace. Views of City palace from Lake Pichola at Sunset are awesome. The structure was not built at one stretch. Many Maharanas contributed in the construction, but the additions were made in such a way that from outside it looks like one single unit. The palace is considered to be largest royal complex in Rajasthan. In city Palace, we can see the foundation stone of palace, Mor chowk with beautiful working etc. to name a few. Guide service can be availed from the entrance gate near ticket counter. So with the information, we can admire the structure more. The view of City Palace at evening, with lighting is also worth a visit. The entry ticket of Rs.100/- at city palace allows multiple entries from morning 7 a.m. till 11 p.m. at night. 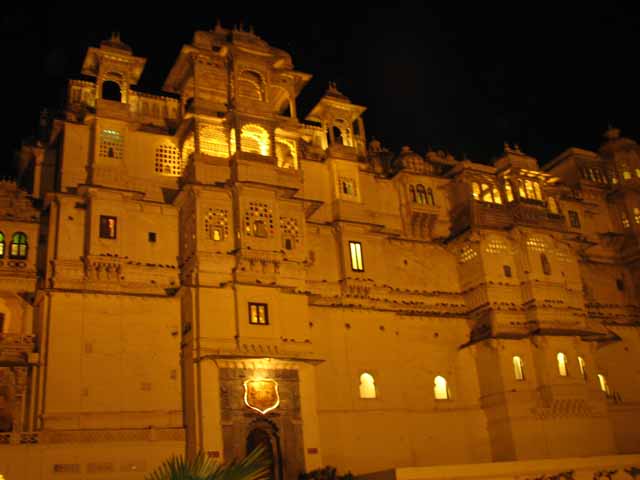 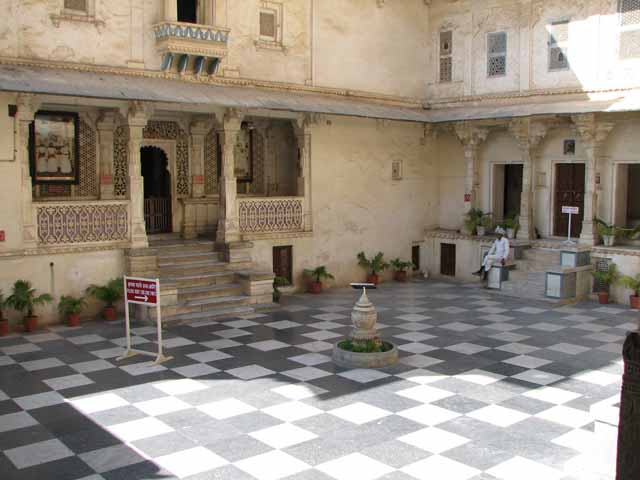 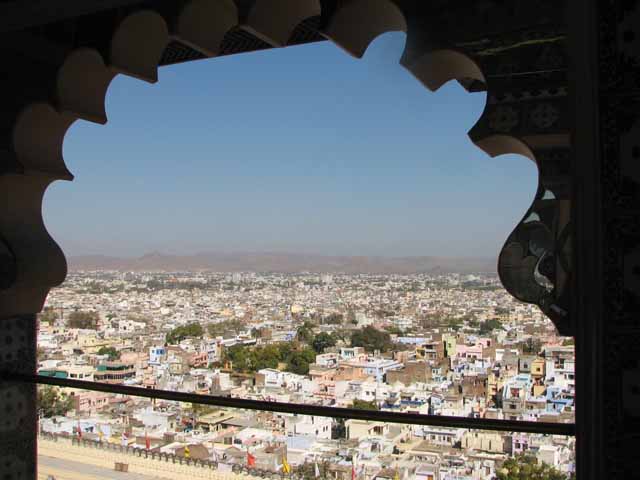 View of Udaipur from City Palace 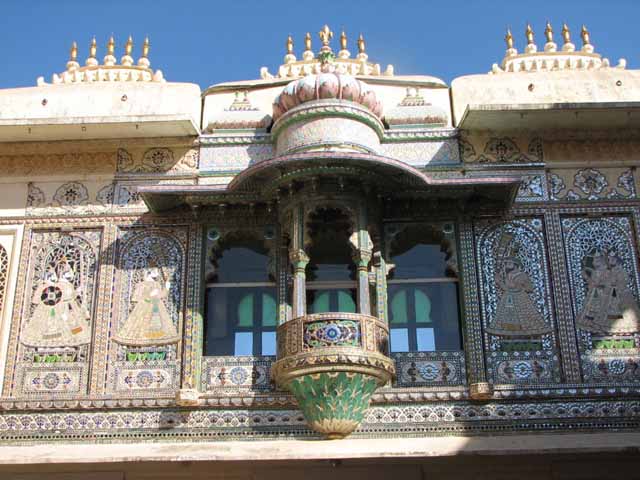 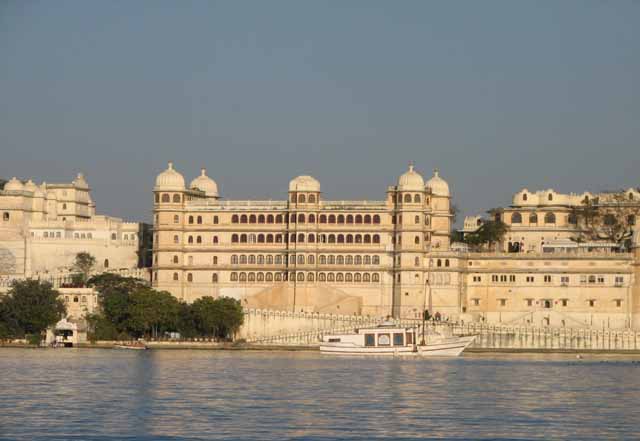 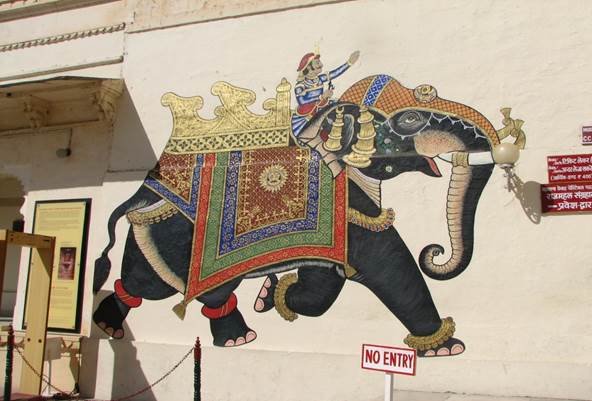 Boat ride in Lake Pichola is also really good experience. The boat ride starts from within City Palace, it takes one around Lake Pichola. We can watch Gangaur Ghat, Small Bridge and the world famous Taj Lake Palace hotel from close vicinity. This boat drops you at Jag Mandir i.e. other lake palace hotel, which is favourite venue for big Fat Indian Weddings. At the entrance, row of elephants (made of stone) welcomes you on this JagMandir Lake Palace. This palace was completed by Maharana Jagat Singh. Prince Khurram had taken refuge here for some time, who later took title of Shah Jahan. It is said that, the design of world famous Taj Mahal is inspired by this Jag Mandir palace to some extent. Here you can roam around in the garden, can sit in restaurant and enjoy Coffee by the lakeside. In the evening, one can also enjoy the sunset from the Terrace. While returning back, watching the JagMandir Palace decorated with lights is also an experience to cherish. Boat ride to JagMandir was really memorable evening in my life. 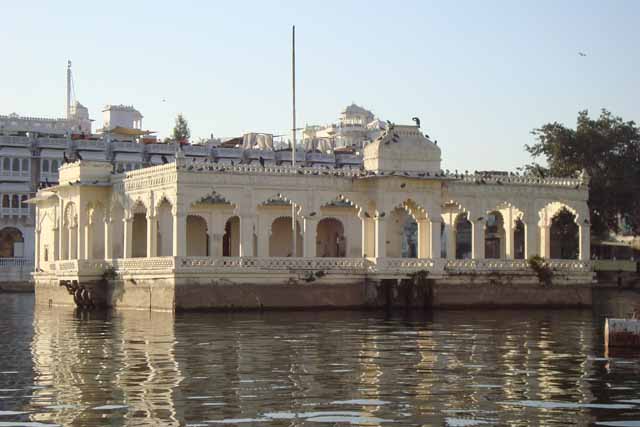 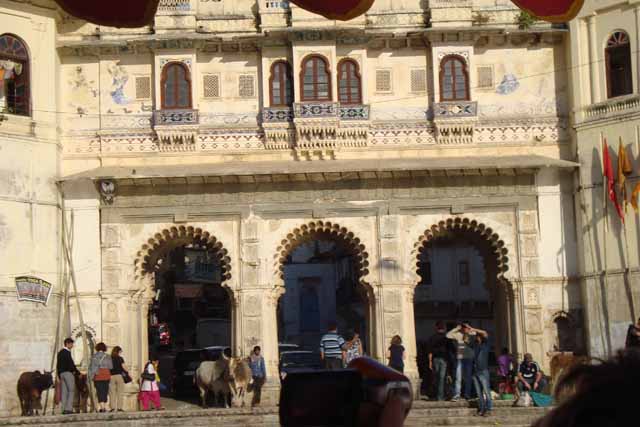 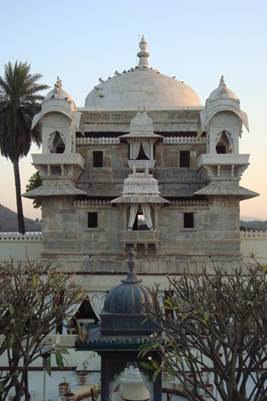 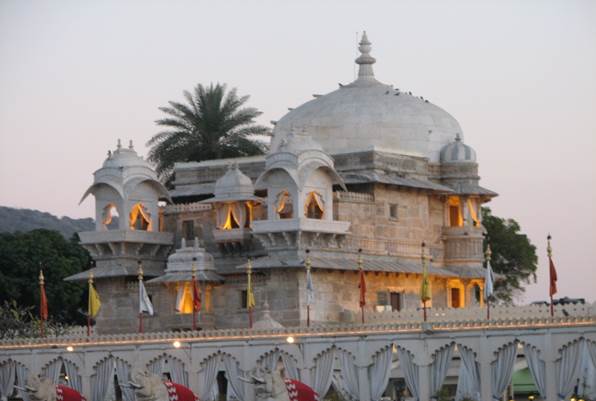 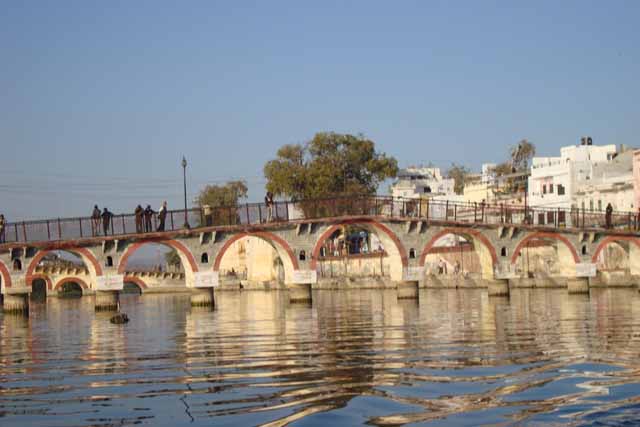 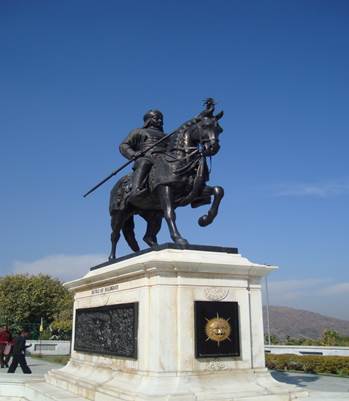 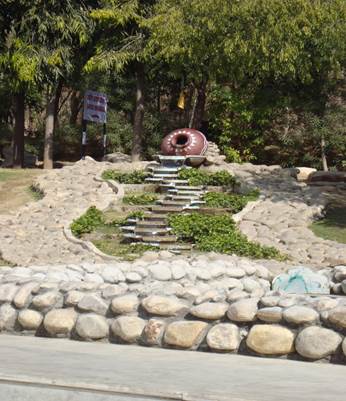 One more place of interest is the splendid garden laid out by Maharana Sangram Sing II for the entertainment of Royal ladies and their maid of honour. Hence it is named as “Sahelion ki Bari.” It is one of the most beautiful gardens in India and gives the glimpse of bygone era life style of royal families. The water arrangement is made in such a way that by sitting inside this chatri one can feel the rain, though it is not raining out. It was told us by the guide there that earlier the water used to come from gravitational force from Fathehsagar Lake, no motors were used run the fountains. But now days this is done with help of electric motor and so the tourists can enjoy the fountains depending on availability electricity supply. 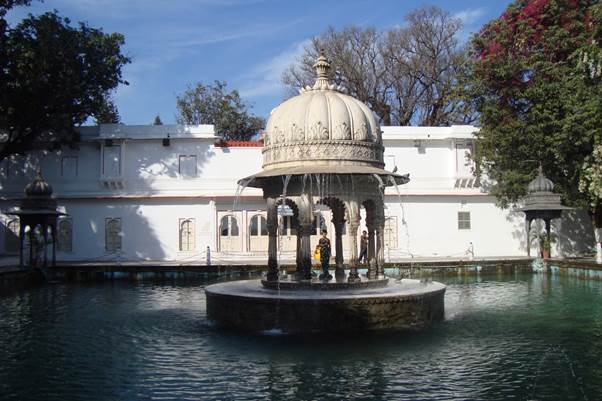 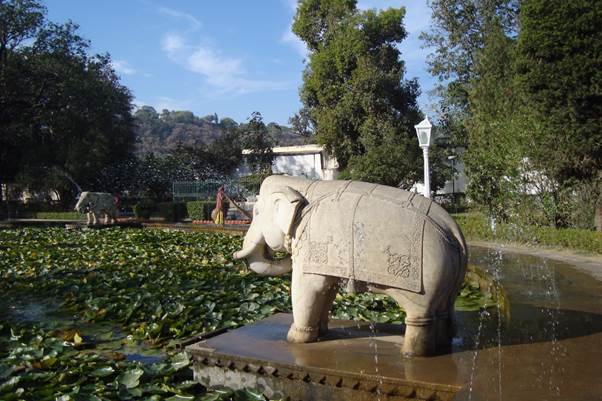 Jagdish Temple is main place of worship in Udaipur .This is very beautiful temple of lord Jagannath, a form of lord Vishnu made in blace stone and it is very near to city Palace. This two storied temple is built on elevated platform and one has to climb 15-20 steps to reach the temple. 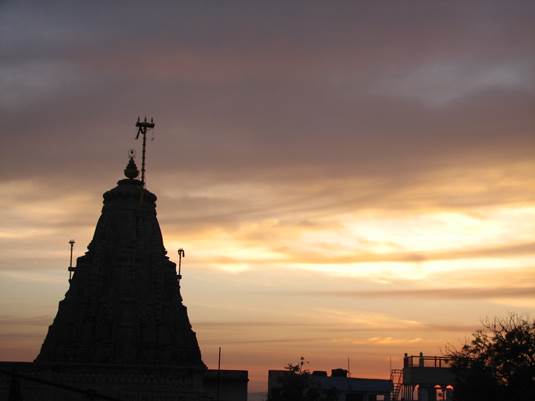 From any place in city, one cannot ignore a structure standing on a small hill. This is SajjanGar, monsoon palace of Maharanas. It was built by Maharana Sajjansing. It is situated at a hilltop at a short distance of Udaipur city (around 10 km) inside the reserve forest. Entry ticket to the palace is Rs.20/- per person and if you go by auto, taxi charges to go up to top are Rs.80/-p.p., as autos are not allowed inside the reserve forest. We could spot a Barasinga and lot of monkeys in the forest. But overall the visit to Sajjangad palace was lovely experience. From here one can get beautiful views of Udaipur City. In the Palace some special arrangements are made to collect the rain water in the big underground tank, which can be used throughout the year afterwards. 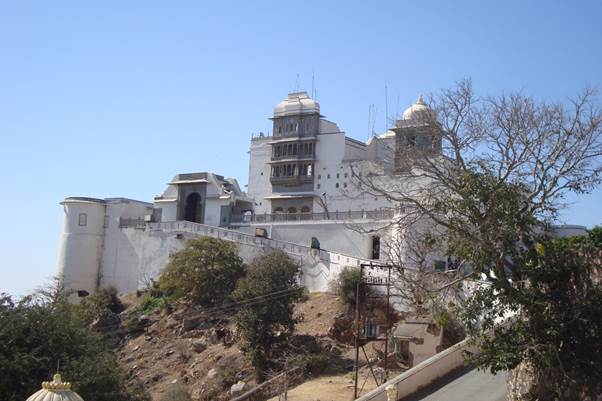 Udaipur and its surroundings have lot of things to offer to travellers. One should at least reserve two days to visit Udaipur city, then only one can really admire various places in the city.

If time permits one can visit Neharu garden on island in Fatehsagar and can enjoy boat ride in the lake. The cultural and dance shows can be watched at Bhartia Lok Kala Manch and Bagro ki Haweli.
Udaipur has made special place in my mind and I would love to visit it again. That’s it for now. We will meet again soon.