I have had occasion to go to San Francisco a few times, basically due to work related travel. The first time, I got a chance to travel on a type of tram (a cable car running on the ground). Lots of fun and very enjoyable. Later, on different occasions, I got the chance to see some more sights in the city (tourist places, not the night life / clubbing culture). San Francisco has an incredible reputation as a very liberal city, with a very mixed population (it is apparently the first city in the US where the white population is now less than 50%). Plus, it has pretty good weather; visitors not from Iceland don’t freeze to death in the winter in San Francisco, unlike many other cities in the US :-).
So, as I mentioned, I got a chance to travel to San Francisco in the month of December. I like weather with a nip in the air, and that was exactly what I got. The first few days were spent in San Jose doing the usual company related drudgery, and then the first weekend came. There were a group of us, and we decided to spend a bit of money (although you can use a combination of the usual bus / BART / Caltrain stuff) and hire a cab that will take us out for a period of around 8 hours through the city and nearby places (imagine hearing from your friends again and again about the scenic Pacific Highway !).
The cab arrived sharp at 9 in the morning, and off we went. Given that we were somewhat of a novice to the whole area, we asked the cab guy to take us around a few of the places (of course, we did mention a few of the places we knew about such as – Golden Gate Bridge, Pacific Highway, Fisherman’s Wharf, Alcatraz). Off we went first to the Golden Gate Bridge (wikipedia) and then the highway beyond that. The Golden Gate Bridge is a mighty structure, worthy of admiring, and wondering how much time and effort went into building such a structure. 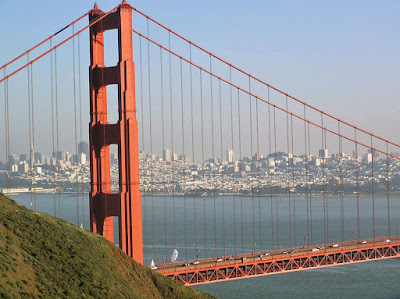 Moving beyond that, soon we reached a beautiful stretch with a great view of the water (from a height) and some distance beyond the Golden Gate Bridge we reached a small township and a beach where there were a number of people surfing (when asked about how cold it was, the cab driver told us about the wet suit that the surfers were wearing which insulated them to some degree). 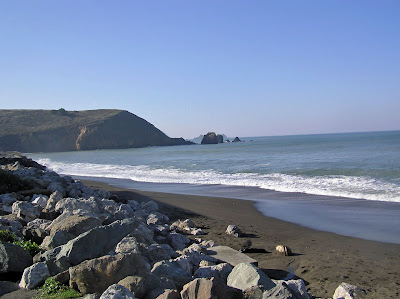 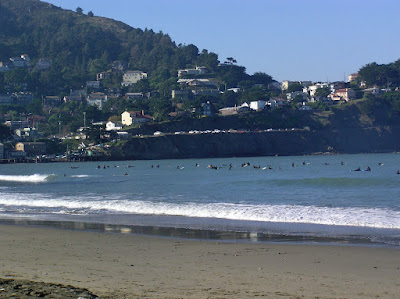 None of us knew anything about surfing, so we just sat and watched for some time; then we returned back to San Francisco for some more sight-seeing. We came to the Harbour, and could see Alcatraz from a distance; however, tickets for Alcatraz needed to be booked earlier and it took more time than we had. So, we settled for a cruise on the Bay (there are several cruise ships that take you for a 1 hour tour of the Bay). The cruise had a running commentary, and the ship took you under the Golden Gate Bridge and around Alcatraz (was very pleasant). 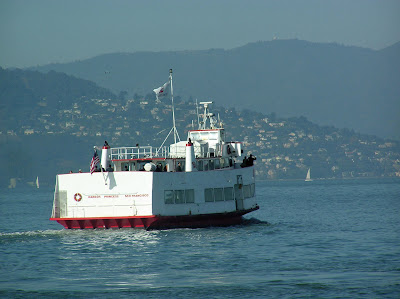 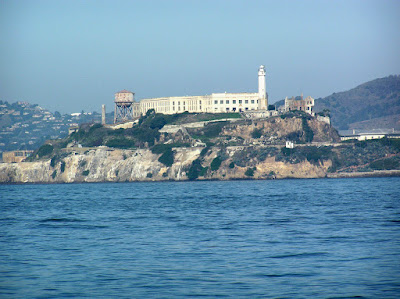 1 hour over, I dragged my colleagues to the cable car station (wikipedia) of Fisherman’s Wharf. This is more of a tourist attraction, but it is fun travelling on an open tram that runs on the up and down roads of San Francisco. The best place was to sit on the outside plank, so that you had the most fun. This takes you to Union Square, and then back. On the way, people can many times get on and off when it is running, and on several streets, cars have to follow because there is not enough space to overtake. 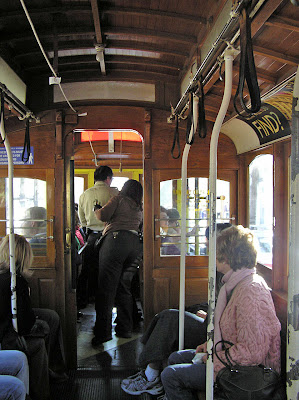 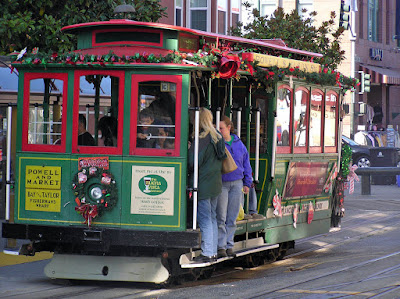 Next, we went off to the Crooked Street (a portion of Lombard Street). This is a section of the street that is one-way and has many sharp turns (8 in all as you head downhill). From the top of the street, you get a great view of the downhill sections of San Francisco. It was fun going down this winding road, and wondering about the people who actually live there. And then, before you know it, our trip to San Francisco was over (we exhausted our allotted time and had to head back to our hotel in San Jose). 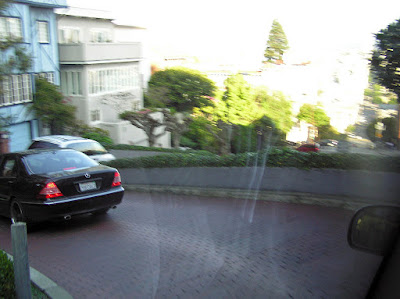 Being a tourist in San Francisco was last modified: August 3rd, 2019 by Ashish

An impromptu decision on the eve of a weekend brought us to this place. At the first mention , one would definitely think that…