Today was to be the grandest day of our trip, a day I had been waiting for years – Today we were going to the Emirates (Arsenal’s stadium) ☺☺☺. We finally ate an English breakfast after four long days in England ☺. We ate some good old baked beans, eggs & sausages☺. I burnt my fingers pretty badly while making the sausages, I still have a faint little scarlet :P. We bathed, ate our breakfast & left kinda on time. We bought my day-card (an activity I was mega-peeved about) & asked the Indian owner of the shop for the most practical way to Arsenal. He told us about the tubes we would have to change to get there. 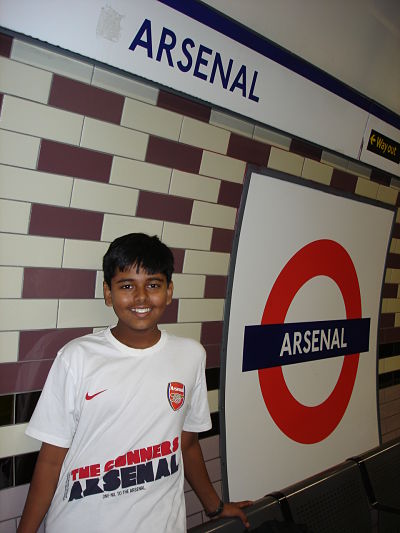 Even listening to the directions of how to get there was exciting. When we reached the Arsenal tube station, we asked an old couple for directions to Emirates, they said “go out of the tube station & take a left or right, you can’t miss it”. 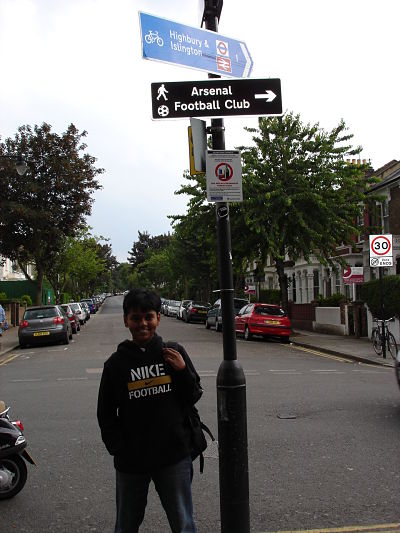 All roads lead to Emirates

We got out & there it was, The Emirates, it was HUGE. We walked upto it in awe, took some photos & just gazed at it. It was beautiful. We crossed over a bridge type thing to (as I found out later) the main playing pitch. Anyways we went into the Arsenal history museum which was under the Emirates stadium. 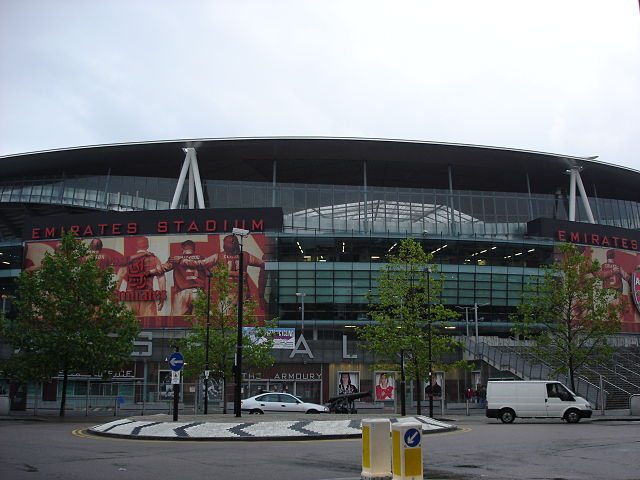 There were a lot of interactive systems there. There was a computer on which you could see the greatest goals scored by Arsenal & you could choose the type. Like one man goals, long strikes etc. & you could also sort the goals by their scorers. It was great fun. 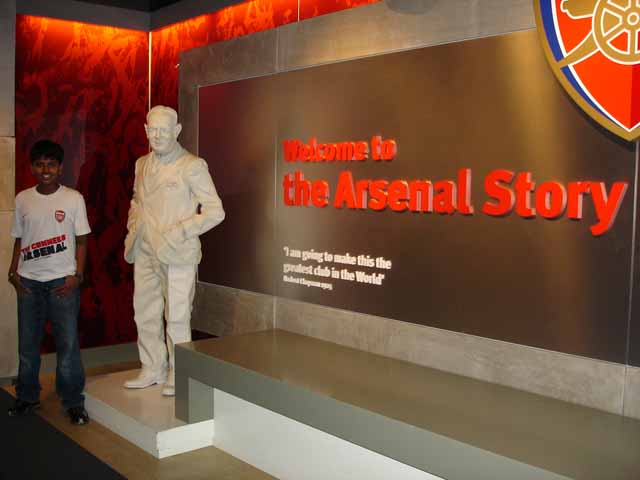 There were a lot of things like Fabregas’ boot, an idol of the great Herbert Chapman, the centre part of the ‘pitch’ from where the game starts from Highbury right after it hosted its last game, a trophy cabinet & newspaper cuttings from the day after the 1998 WC final which France won, the newspaper said Arsenal had won the World Cup (since both the goals in the final were scored by Arsenal players). 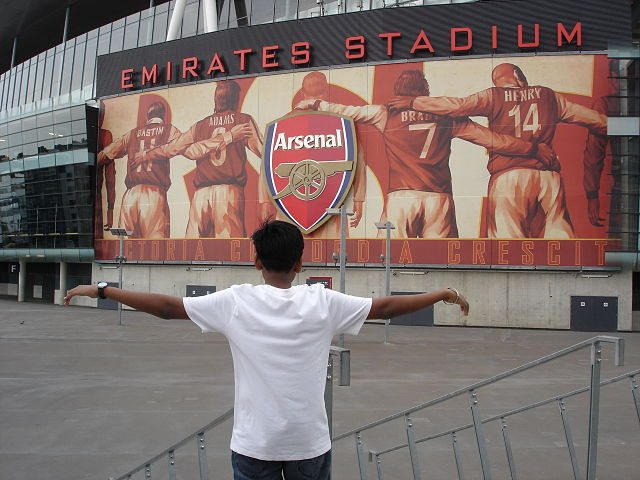 Anyway, at about 4:40 pm we left the museum & ran to the ‘Armoury’ cause the brits close their shops at 5’o clock sharp :P. So we really ran fast in the rain & managed to slip in before they closed. I got myself some Arsenal slippers, jacket, track pants, fridge magnets, ear muffs, Arsenal trump cards, and a pen which had a golden coloured cannon on it. We billed our stuff right before they closed & I left from there a happier kid. Outside I saw the cannons which were about a century old & which had been transported from Highbury. We clicked some pictures with it & I tried to take a picture of the whole Emirates stadium, but it was just too huge to be captured in the frame. Even when we went across the road very far, one bit was always getting cut out☺. 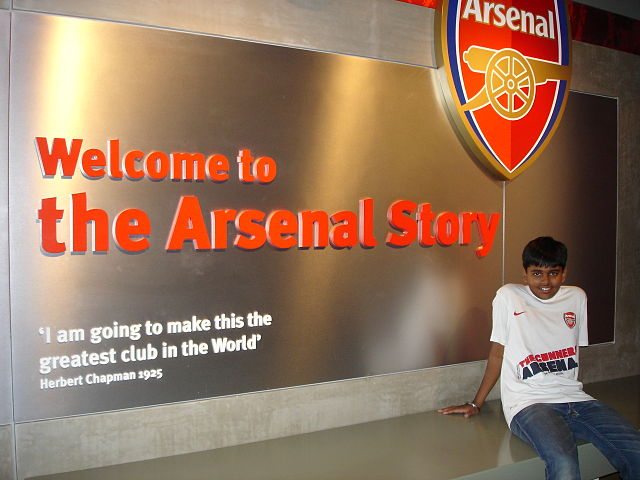 Anyway, after fulfilling one of two main purposes for coming to London, seeing the Gunners’ stadium (the other purpose was of course watching the World Cup at sane times like 8’O clock) I was a very happy kid☺. 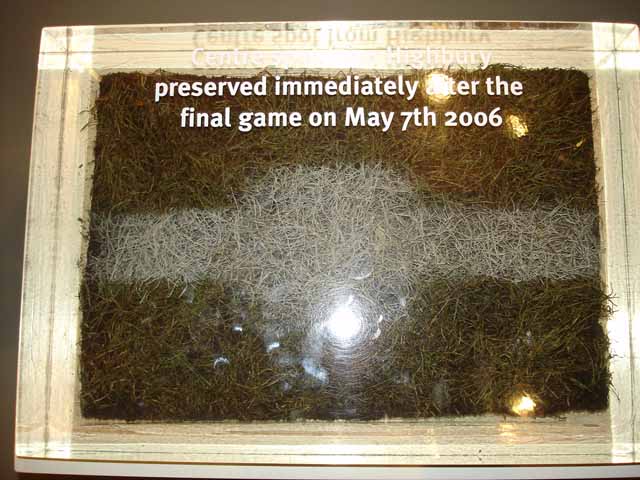 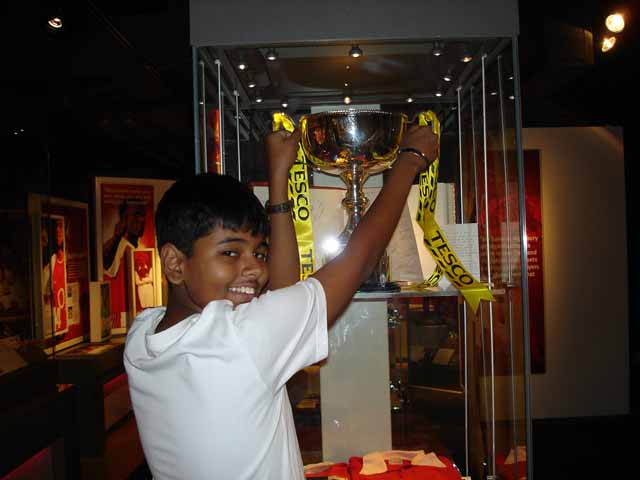 And the winner is

Aman (remember him?) contacted us just when were planning on what to do next, told us to meet him at Westminster & from there we were to go for dinner. So we reached Westminster & met Aman, he suggested some places to eat & we chose a place which served English cuisine. My dad asked him how far the place was & Aman said five minutes. Well that walk turned out to be more like 45 minutes …. 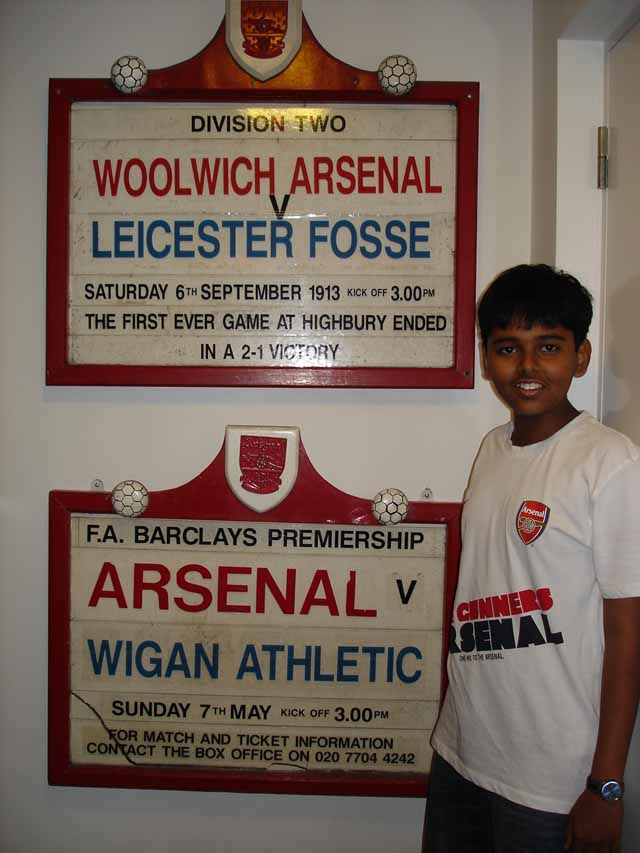 From the last century

Outside the Armoury (Arsenal Store)

I asked him why he said that it was just a 5 minute walk? Well, he said that we wouldn’t have come had he told us that the walk was 50 minutes. To which my mom & dad said “of course we would have come” (they wouldn’t : P) 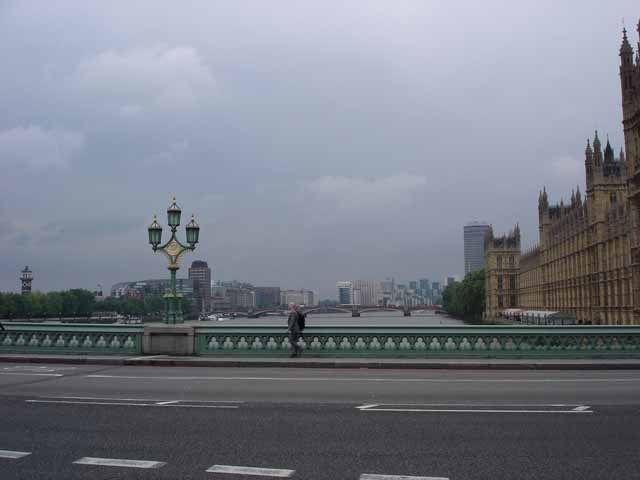 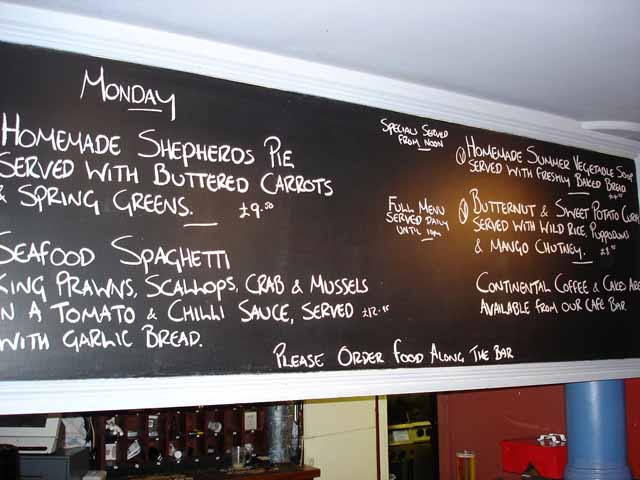 Anyway, we reached the restaurant; it was called the ‘Founders’ Arms’. We placed our orders. My mom ordered a mussels platter, its description on the menu said ‘a seafood delight’. My dad ordered a steak (it turned out to be the best item of the lot). I ordered a beef pie. What I expected was a nice pie kind of thingie, you know – with the beef wrapped in the dough or whatever they use for the outer covering. But what came was a bowl full of beef pieces & gravy, with a croissant-type flaky bread on top, like a lid. I was horrified. My moms ‘mussels’ were some squishy-squashy-squidy things in a bowl, she too was horrified. My dad’s steak was nice & it came with fries.

The beef pieces & gravy in my ‘pie’ (cheaters) were quite bland & so were my mom’s mussells, so we survived on my dad’s steak & French fries for dinner. Italy were playing Paraguay that evening & the match was on, so at least there was some consolation (no not the match, the consolation was that Italy lost). I only saw Paraguay’s first goal while Aman & my dad fought over who would pay the bill, I didn’t see who won in the that ‘duel’ cause I was more interested in the live match.

Anyway, on the walk back, Aman took us through another route & showed the place he had graduated from. Me, my mom & Aman were talking & walking while my dad was far behind clicking pictures of practically everything☺. Aman told us about this bridge that was called the ‘Wobbly Bridge’. It was actually the ‘Millennium Bridge’, however it got its nick name because it kinda started wobbling within the first 2 or 3 days of its opening. 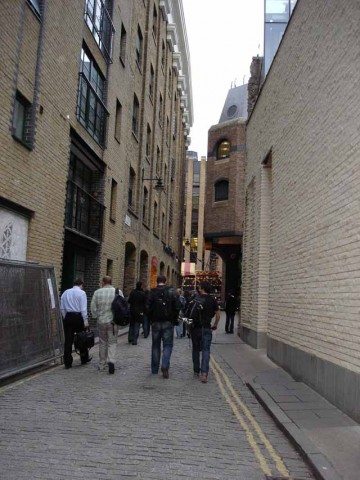 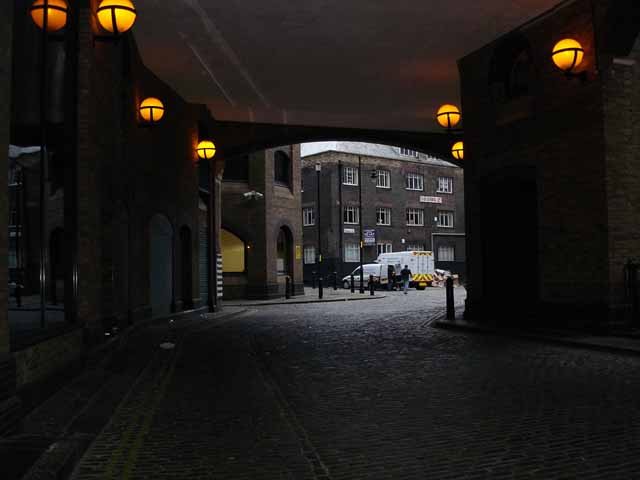 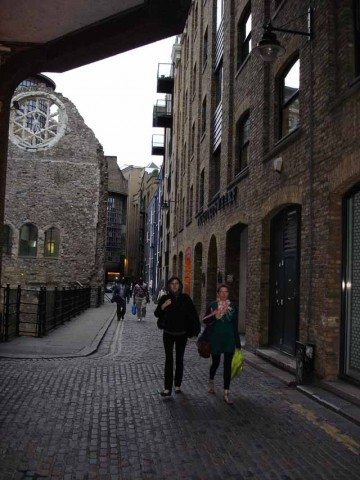 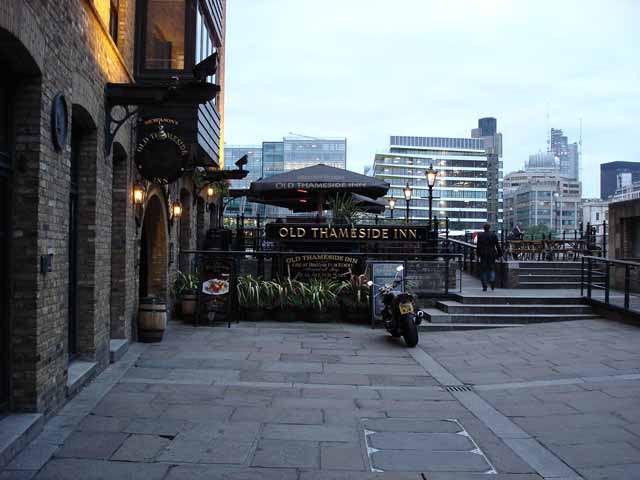 After another 5 minutes walk ☺ and a whole load of pictures, we caught the tube back to Hornchurch, while Aman went to Canada Waters. We reached back home, where Mausa & Mausi were waiting for us. We watched another re-run episode of ‘Who wants to be a Millionaire’ in which one Mr David Edwards, a physics teacher, actually won the million!!! 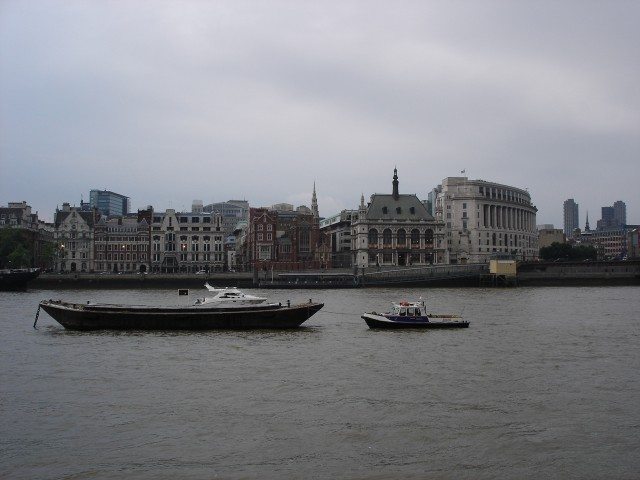 Anyway, after the show my dad & all went to bed, my mom changed & washed her face while I watched RM TV (Real Madrid TV). They were showing a match from the ‘Galacticos Era’, the time when Figo Dada (Louis Figo of Portugal) played with them. Finally I went to sleep; this arguably was my best day in London☺.

Continuing with my ongoing journey of exploring this beautiful country of ours -India, and moving forward from where I left this majestic state of…