Patna , the capital of Bihar, is located on the southern banks of the Ganges. The city is also situated close to Kosi, Sone and Gandak rivers. Patna is the largest city in Eastern India after Kolkata in West Bengal. Patna is one of the oldest centers of human civilization in the history of the world. During the days when Magadha thrived as an empire under several dynasties like the Haryankas, Shisunagas, Nandas, Mauryas, Sungas, Kanvas, Guptas, Palas and others, Patna was known as Pataliputra.

Patna is well known among the tourists because of its diversified culture, fusion of various religions and numerous historical monuments. It is a gateway to the Buddhist and Jain pilgrim centers of Vaishali, Rajgir, Nalanda, Bodhgaya, Keshariya and Pawapuri. 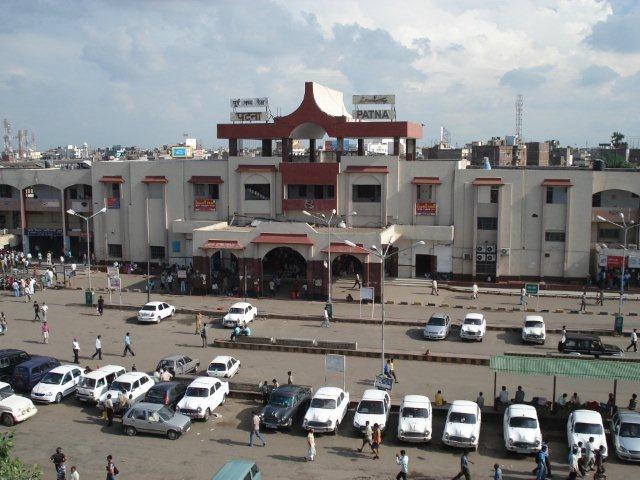 There are several stories regarding how Patna is known as Patna. One legend is that Pataliputra was created by the King Putraka for his queen, Patali. He named the place Pataligram for her. When she had their first son, the city was renamed Pataliputra. Second one , many people believe the name has descended from Patan Devi, a Hindu goddess & the third one , Some believe it came from the Sanskrit word ‘Pattan’ meaning port for the city is situated near the confluence of four rivers.

It was my first visit to Patna . Before reaching Patna I was having some other image about it but once I reached there the image about the city got totally changed. People were so helpful and soft spoken. It is a city where all the religions are practised altogether. There is a 400 years old mosque known as Pathar ki Masjid , a historical church known as Paderi ki Haweli , Patan Devi Temple & Patna Sahib (birth place of Guru Govind Singh). Truly a secular state. But I feel the people over there lack mannerism as one can see the people spitting Tobacco and standing for Loo anywhere they feel like. . It is really very ashamed, even in Gandhi Maidan many people were standing and performing this shameful act in the middle of the ground .

On Saturday I was supposed to fly back to Delhi at 6.30 PM by Kingfisher , which was cancelled , next flight was Indian Airlines at 8.00 PM so I got a lot of time to explore the city.

First day I roamed around Gandhi Maidan while coming back from Patna Medical college, which is couple of Kms from Gandhi Maidan. First of all I went to Golghar , it is a dome shaped building built by Captain John Garstain for the storage of Dry Ration for the British Army. It has steep stairs . While climbing upstairs I was so tired that I counted the stairs while coming back which were 145 . Major portion of Patna can be viewed from the top of Golghar. After coming down I captured Golghar in my camera and walked towards Gandhi maidan . 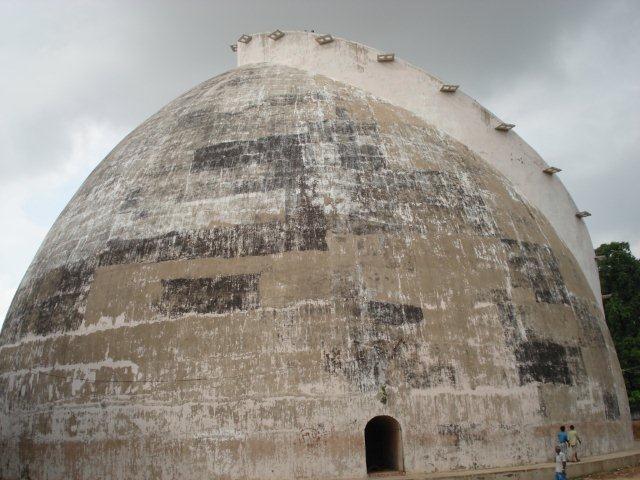 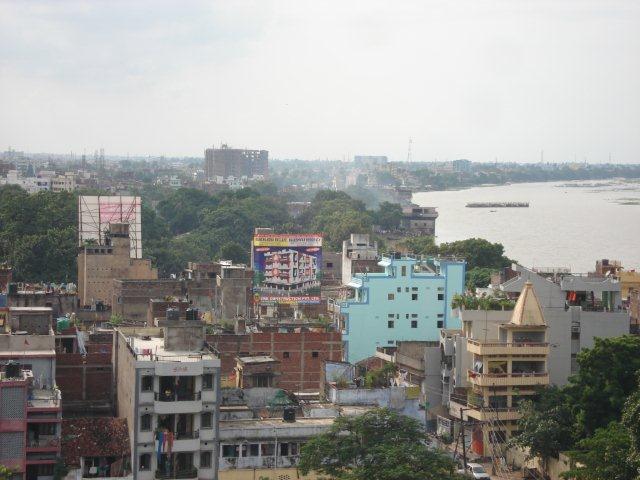 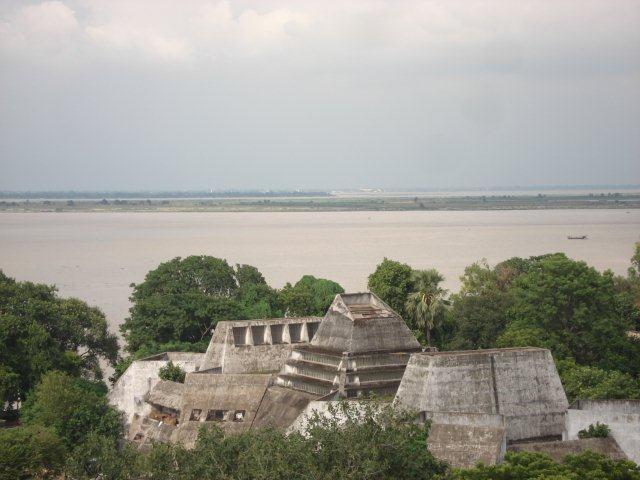 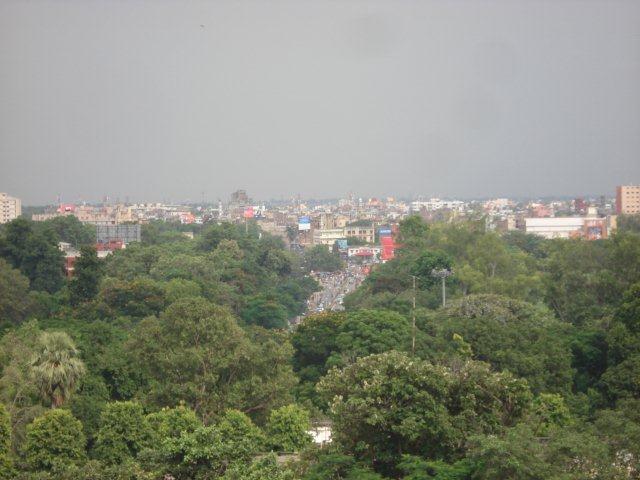 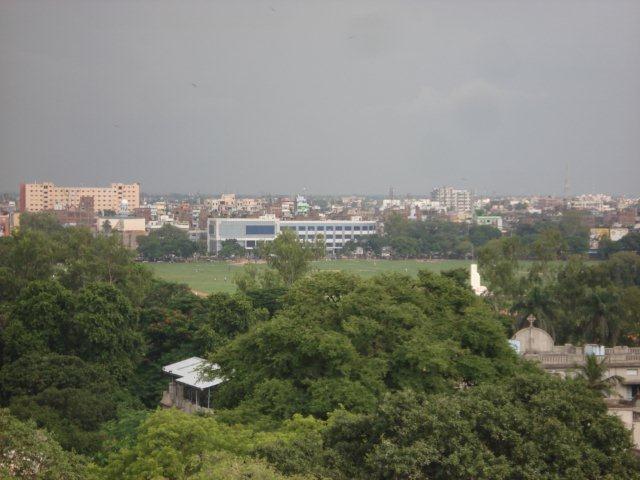 After walking few steps on the left side, Gandhi Museum is there.But I could not get a chance to see it due to the shortage of time. 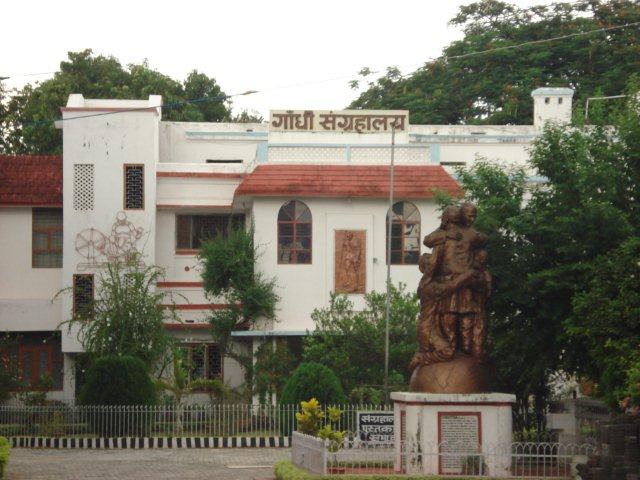 On the right side there is beautiful park for kids by the name Shaheed Peer Ali Khan Park.

Across the road there was a large circular Park known as Gandhi Maidan It was used by East India Company to put temporary shelters for the soldiers. Now it is used for political rallies & exhibitions / fares. On one side of the park there is a tall building by the name of Biscomaun building. On the top of the building , revolving restaurant Pind Balluchi is there. It is first revolving restaurant in Eastern India. It is situated on 18th floor. 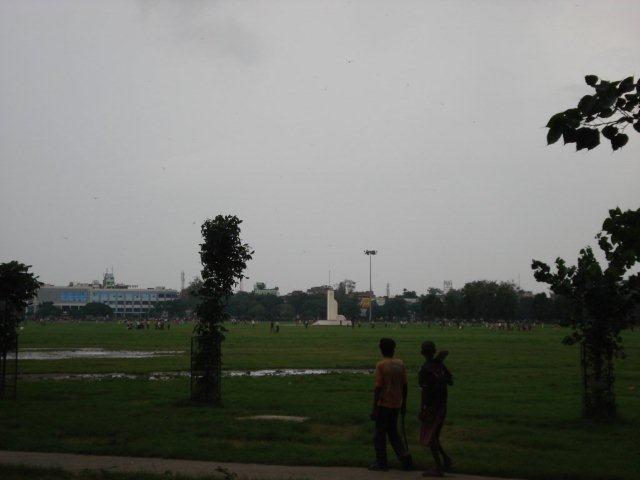 On the other side of the Gandhi Maidan there is Kargil Chowk. It is built to commemorate the soldiers who sacrificed their lives in Kargil war. 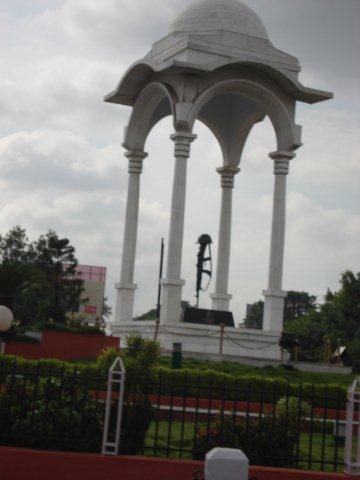 After having my dinner I searched some of the historical places on Internet. Interestingly all the places were on the same route , Ashok Rajpath.

Next day I finished my work and left to explore more about Patna. The best way to visit Patna’s historical places is by Auto. Although the name of the road is Ashok Rajpath , but it is very congested. My route map is given below :-

From Gandhi Maidan , Pattar ki Masjid was about 4 kms & I took almost 20 minutes to reach there. As its name suggests the structure of Pathar Ki Masjid is built of stones in 1621. I met one Mawlvi , he informed me that this mosque is 400 years old & built by Pervez Shah, the elder brother of Shah Jahan and the first Mughal prince who made Bihar his residence. This Masjid is also known by various names such as Saif Khan’s Mosque, Chimni Ghat Mosque and Sangi Masjid. As I was refrained to go inside the mosque , I just bowed my head and returned . 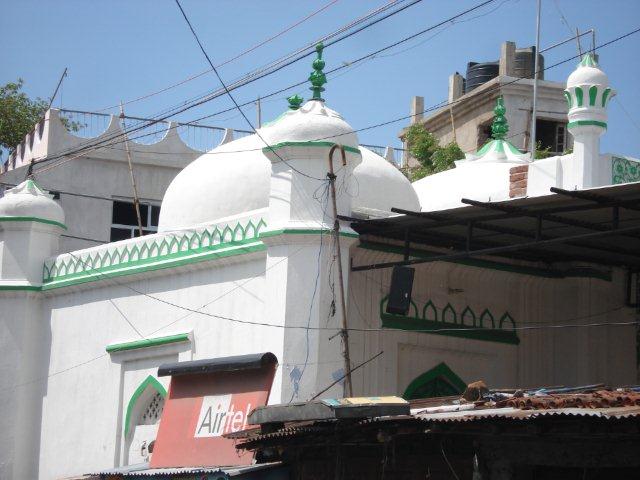 Two kms ahead I landed Gaighat beside river Ganga . There we saw Mahatma Gandhi Setu, the bridge over the river Ganges connecting Patna and Hajipur , Darbangha. The length of the bridge is approx. 5.5 kms, It is world longest bridge over river. Mahatma Gandhi Setu stands on forty piers.For 5- 10 minutes I just stood beside the river Ganga , I could see only water all around, there was no end of it , I captured some pictures of Sethu (bridge) & river Ganga & proceeded further towards my next destination Badi Patan Devi temple. 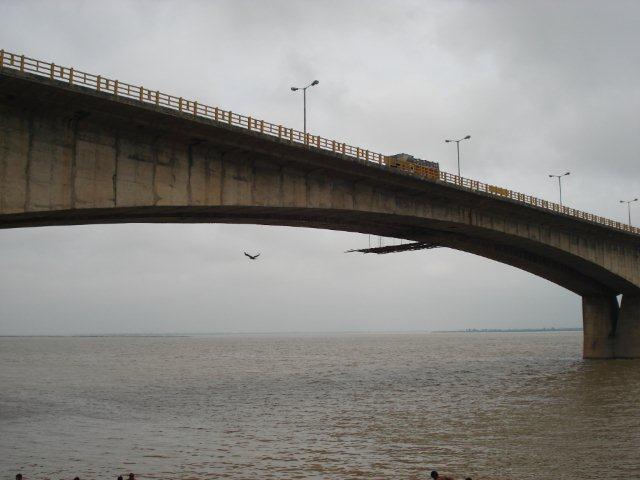 Badi Patan Devi temple is one of the Sid Peeth. It is a holy place for Hindu devotees. The temple enshrines the black stone idols of Goddess Kali, Goddess Lakshmi, GoddessSaraswati who once protected Putraka, who was the founder of Pataliputra in a standing posture. It is said that when sati, the wife of siva,gave up her life in the yajna started by her father and shiva was carrying her body to Kailash, her pat (thighs) fell here. 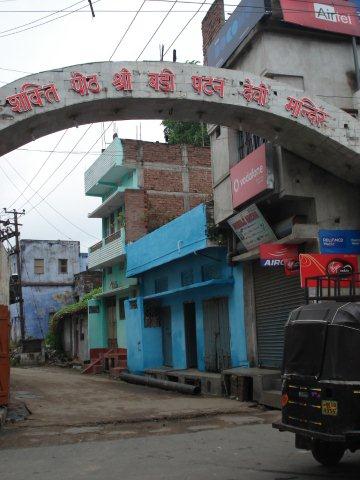 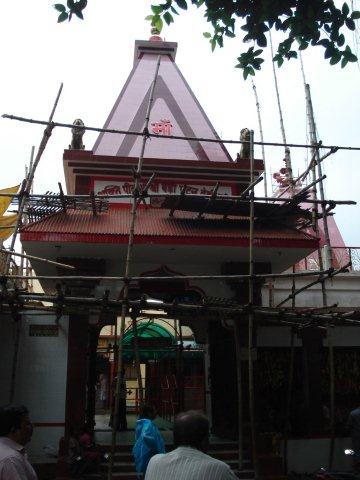 After offering pooja we proceeded further for 2 kms to visit Paderi ki Havali , also known as St Mary”s Church, it is the oldest church in Bihar, when Roman Catholics were arrived in Bihar. The foundation stone was laid on Oct. 18th, 1772 & completed on Dec. 08th, 1779. The church is seventy feet in length, forty feet wide and fifty feet in height. The magnificent monument was designed by Tirreto, the venetian architect who came from Calcutta. The church has association with Mother Teresa who completed her apprenticeship in nursing from the church. 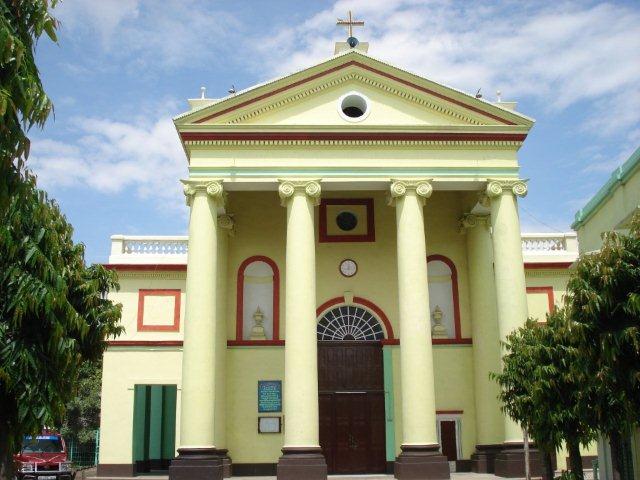 Next destination was Patana Sahib , birth place of Guru Govind Singh which is about 2 kms from Paderi ki Haveli , I will write a separate detailed post on Patna Sahib. 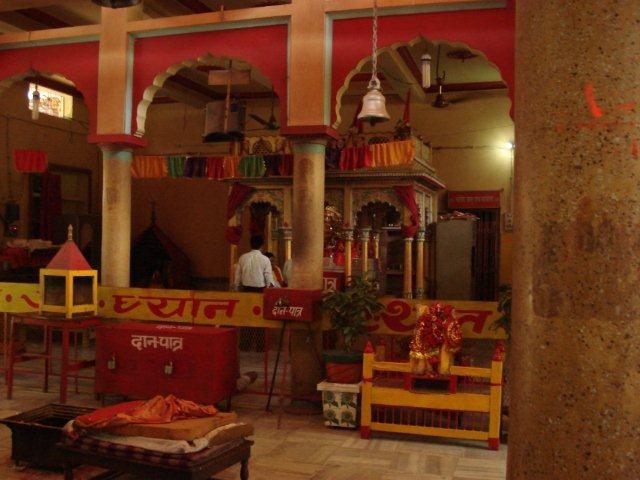 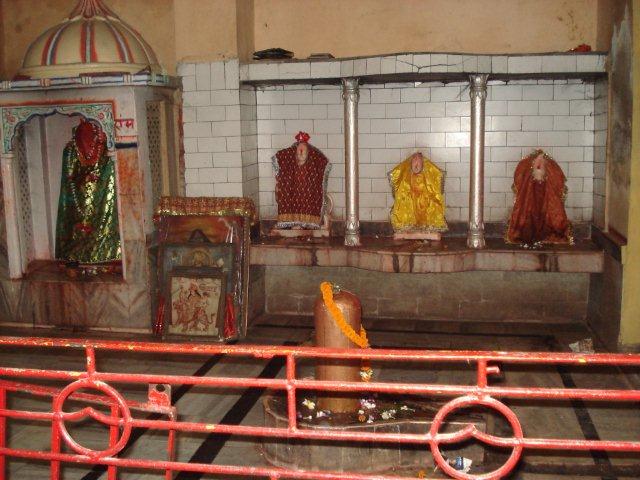 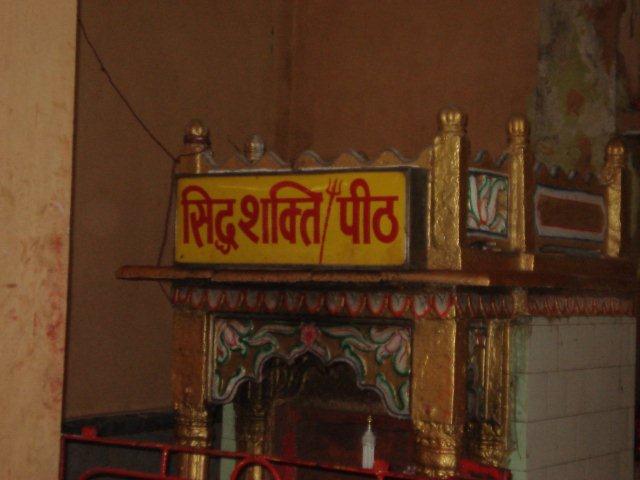 After visiting all these places I went back to Hotel. By the time I reached Hotel it was 4.00 PM , I had my Tea & thought of visiting Mahavir Temple which is situated just out side the Patna Junction, From our Hotel – Smarat International it was just at a walking distance. I walked down towards the temple. This multistory temple is dedicated to lord Hanuman. From the top floor of the temple one can see the magnificent view of near by areas. On the first floor of the temple there is a glass cube which contains 24 kg stone floating on water, which was used for Ram Setu (Bridge) to reach Lanka. 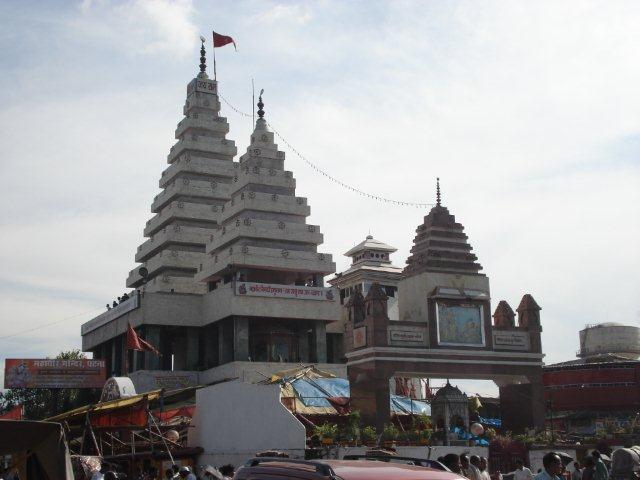 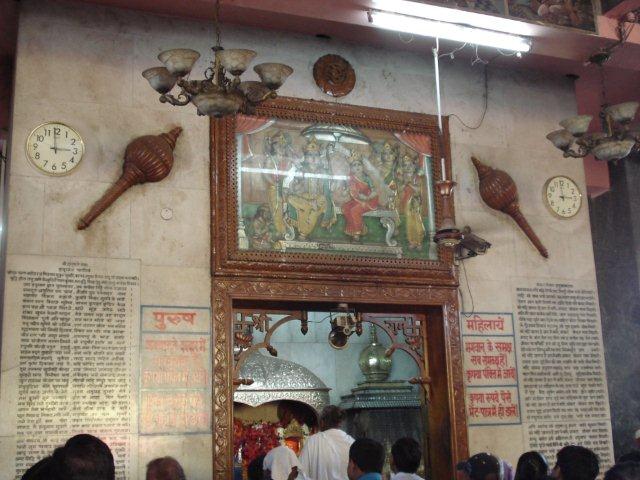 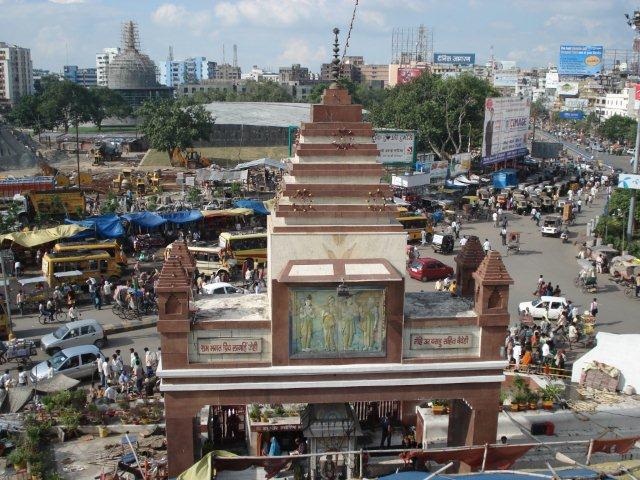 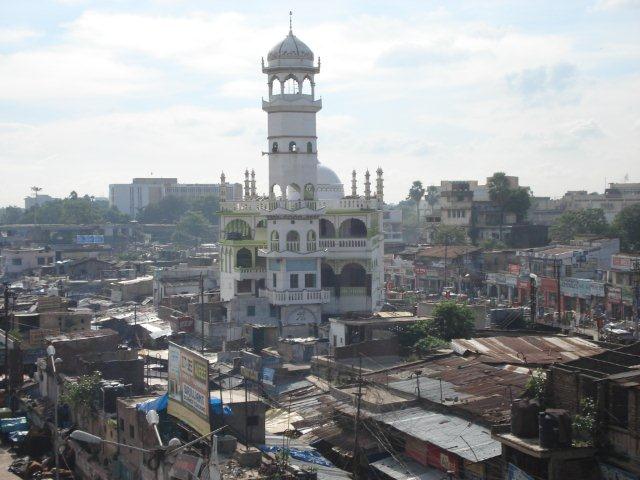 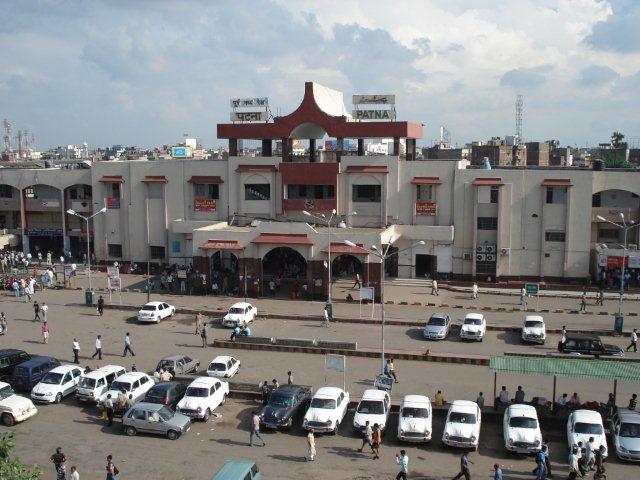 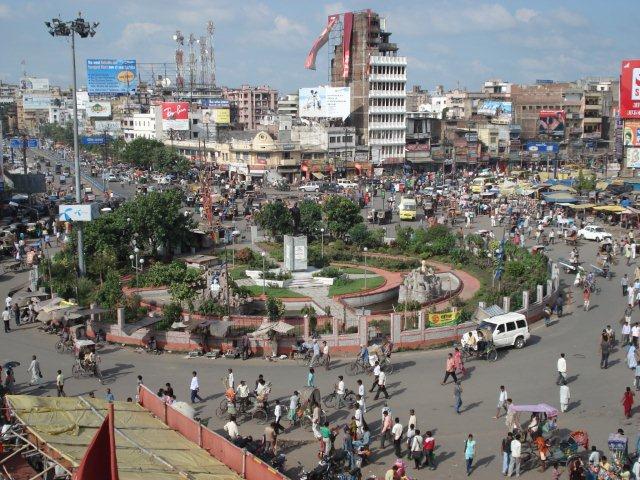 Circle out side Patna Station - view from Mahavir Temple 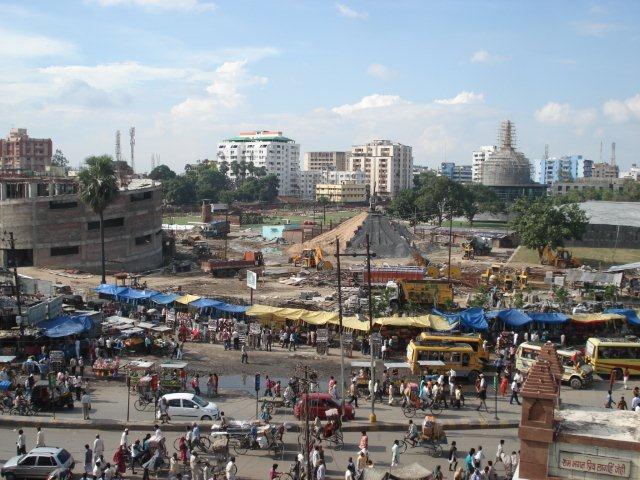 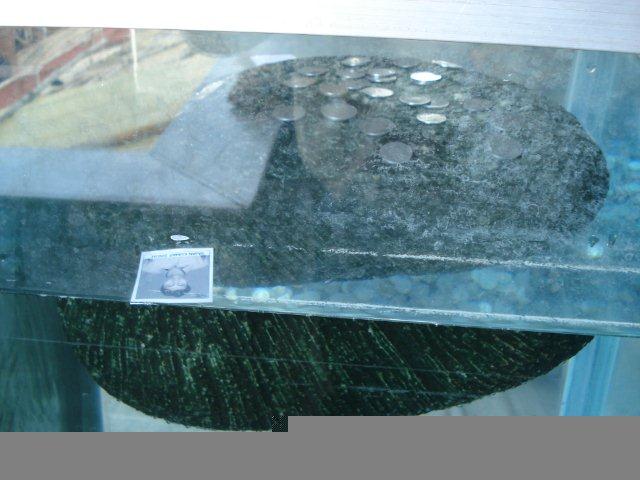 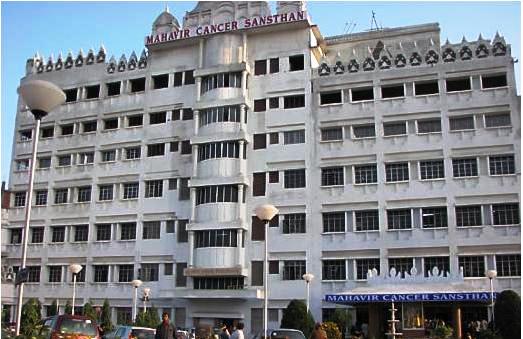 By the end of the day my legs were shivering because of tiredness. There are some other worth visiting places which I could not explore due to shortage of time. These places were :-

Patna Planetarium – one of the largest planetariums in Asia.

The main delicacy in Bihar is Litti – Chokha. Litti is a ball of wheat flour stuffed with chana sattu & chokha is mashed potato with salt & Indian spices.

A new park, Bhudha Smriti Park is being developed near Patna Railway station on Fraser Road. 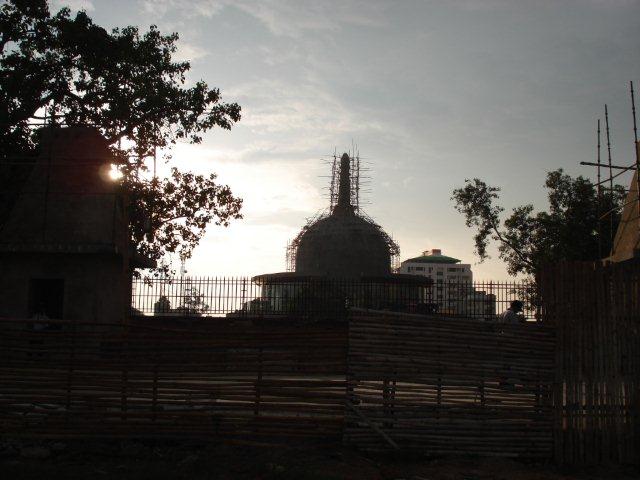 There is no detailed post on Patna in Ghumakkar till now , from tourist point of view I tried to put as much as information as I could. If you like the post kindly leave your comments. 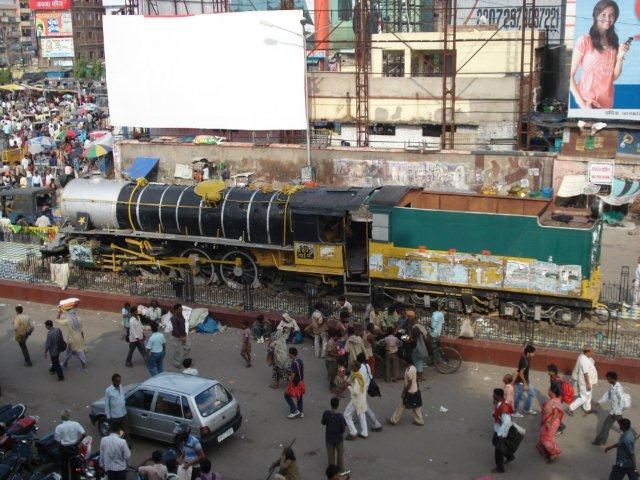 First Topkapi Palace was a palace, but now it’s a museum. If you go to the Topkapi Palace, you can know how they used to live? How their kitchen was? You can also see their arms, some jewellery what they used to wear.
There’s also really good sea view from there. We had also gone to a garden in Topkapi Palace. We saw a really beautiful rose flower there.