Next day me and wife along with our son woke up early. Although holidays are for relaxation, I always prefer early to rise for enjoying the sunrise and beautiful mornings specially on hills. I am a nature lover and started my photography session of the surroundings just after coming out of room. Our rooms were on first floor of the hotel and there was a large balcony something kind of a terrace. Chairs and table lying there were inviting us to sit and enjoy morning tea. We accepted the invitation and ordered for the tea which was good in taste. We have clicked a lot of photographs of our son in various positions and then we came down in the hotel lawn. Due to morning dew it was delightful for me to walk barefoot on the lawn grass while wife and kid was riding Jhula. Again I have started my photography session by taking pictures of flowers and plants in the lawn. 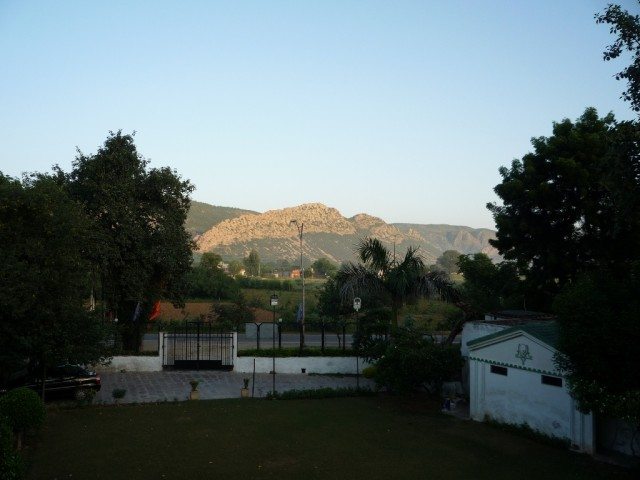 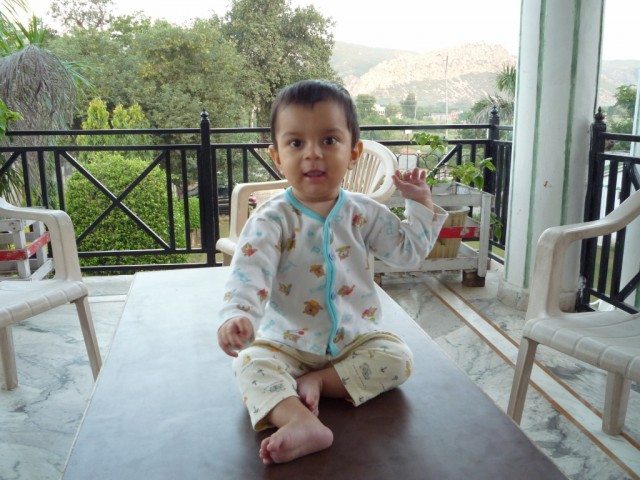 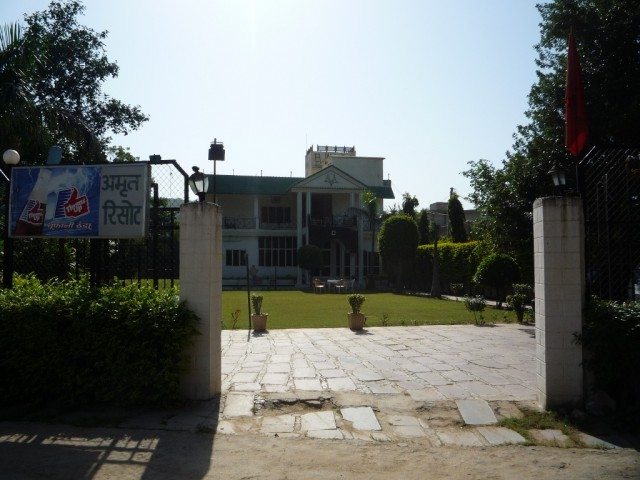 In the meantime cousin brother’s family also came out of their room. We discussed trip plan for the day and it was decided to be ready for Sariska Tiger Reserve as soon as possible so that we don’t have to face heat in the forest. We packed our belongings and were ready in half an hour. Onion paranthas which we have ordered for breakfast were very tasty, in fact my wife is ready to go to Alwar again just for the sake of them. We have checked out of hotel at 9:30 after thanking the owners for our nice stay.

Sariska was around 30 kms. from the hotel and road was very scenic. On the way we have taken halt at a very picturesque spot  and started again after 15 minutes of the required photo-session. Road after that was not good specially the last 3-4 kms. were very very bad. We reached Sariska at around 10:30 and gathered all the information at the ticket counter. We were having the option of moving in our car or hire a gypsy. First option was cheaper but we have to drive only on the main road while a gypsy is allowed to roam on the tracks deep inside the forest. As after 2008 five tigers have been relocated to Sariska from Ranthambore there was a chance to meet the Big Wild Cat. My brother was in the favour of going by our car while bhabhi and wife were willing for the gypsy safari. I was neutral for both the options but in the end it was win of women power and a gypsy has been booked. Total time for which we could have travel in the gypsy was 3 hours and around Rs. 1700 was the money spent including gypsy rental and entry fee. 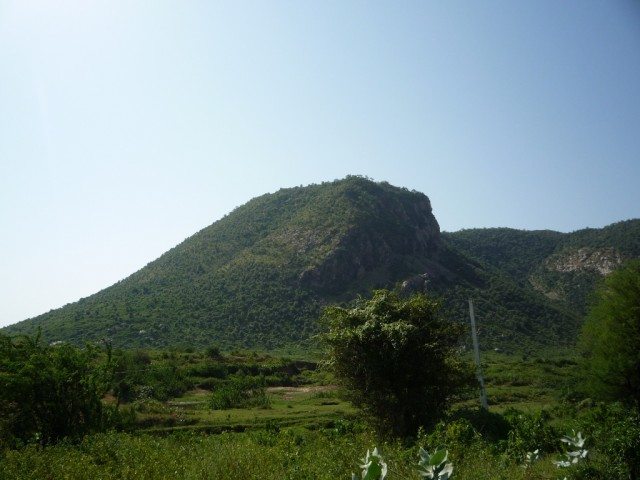 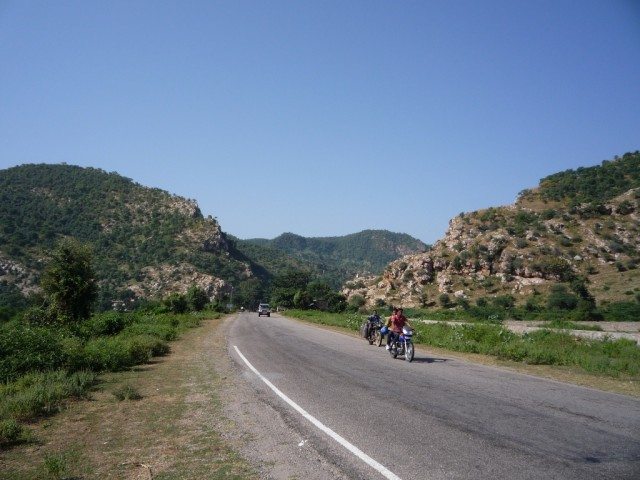 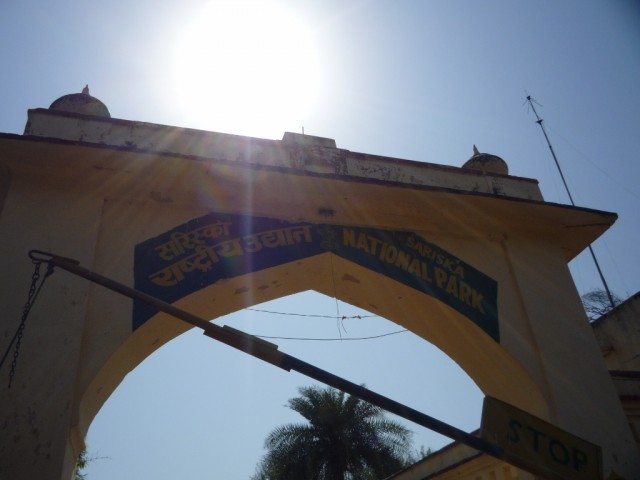 Everybody was delighted while boarding the gypsy. There was a guide with the gypsy which is mandatory and he started to describe the forest as soon as the gypsy started. After completing necessary formalities at the entry gate we were on our way. The very first glimpse of forest was splendid with greenery all over as far as we could see. After passing some 200 mtrs on the main road, the guide asked us whether we wish to go to Pandupole also or to cover the forest only within the 3 hours stipulated time. Everybody was interested to roam in the forest for complete 3 hours so driver has turned the gypsy on the unpaved track inside the forest. Our guide has told us that it was already 11:00 am so chances of seeing a tiger was low as best time is early morning. But we were already mesmerized by the beauty of Mother Nature in the forest which was enough for us. Soon we were on top of a very high hill and view of forest from their was breathtaking. There were different type of tracks on the way and we have enjoyed every bit of them. Sometimes we were on top of hill and then we were inside deep & thick forest with long trees on both sides of track. We were able to see a number of antelopes, peacocks, langurs and one wild hog. On the track we have found one monitor lizard also due to which we have to stop for some time so that it can cross the track as these are dangerous. After that suddenly driver has stopped the gypsy in thick forest and asked us to keep silence as there were some signs of tiger nearby. We were excited with mixed reactions of fun and fear as well, we were looking in all possible directions. After waiting for 10 minutes driver started the gypsy again with no chances of tiger and soon we were on the main road again. 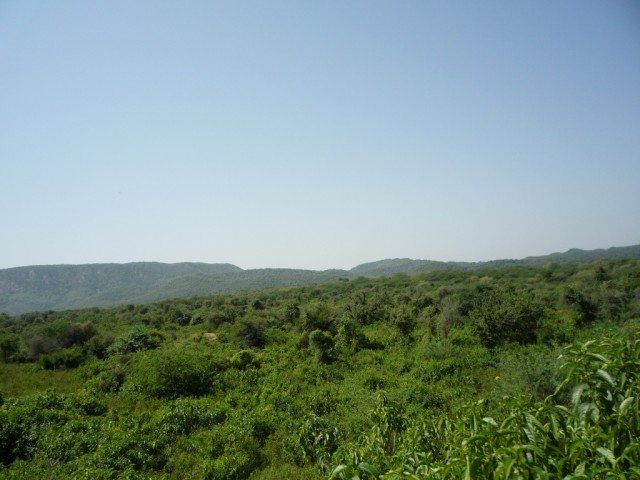 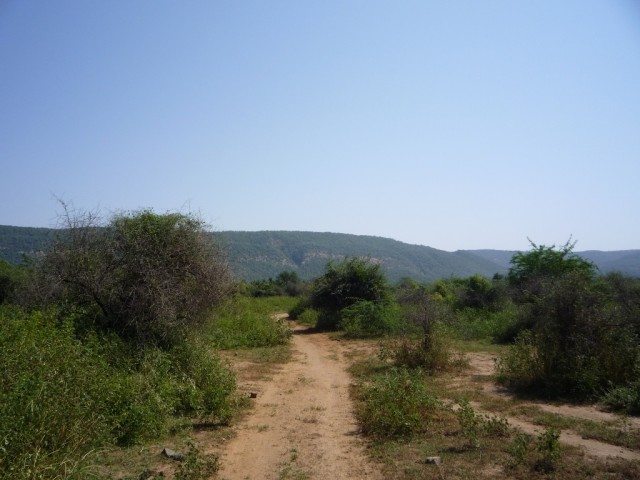 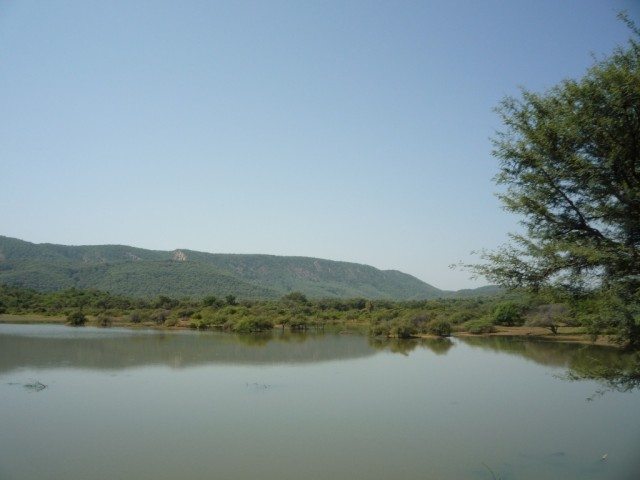 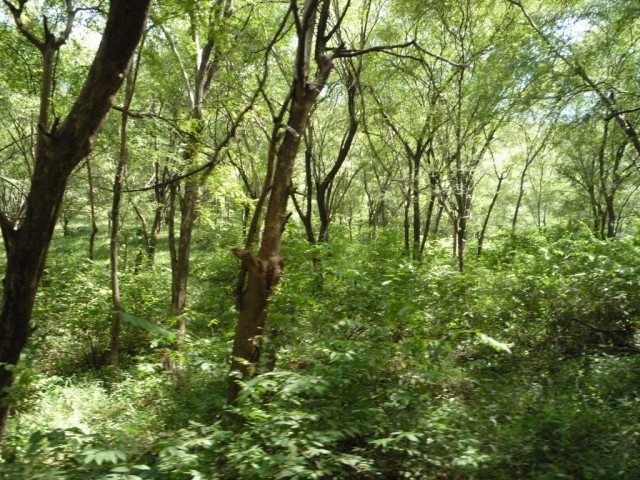 We stopped on a road crossing point where one road goes towards Pandupole and other goes towards Kankawadi Fort. Guide has shown us a bird called Tiger Bird there which was picking food from his hand. We have also tried the same which was successful. My wife was keen to capture the moment of  tiger bird picking food from her hand in camera but the synchronization of both events was very difficult in which I have failed. After spending some time there along with taking photographs we have decided to go back. Once again we entered into the forest on the other side of road for exercising  our chance of seeing a tiger. But it was very hot until then and our son Ojas was not feeling comfortable direct under the sun in the open gypsy so we asked driver to go fast. We were able to see some deers and sambhars and very soon we were on the main road. We exited from the reserve without able to see the tiger but the 3 hours spent were superb and will live in our memories for ever. 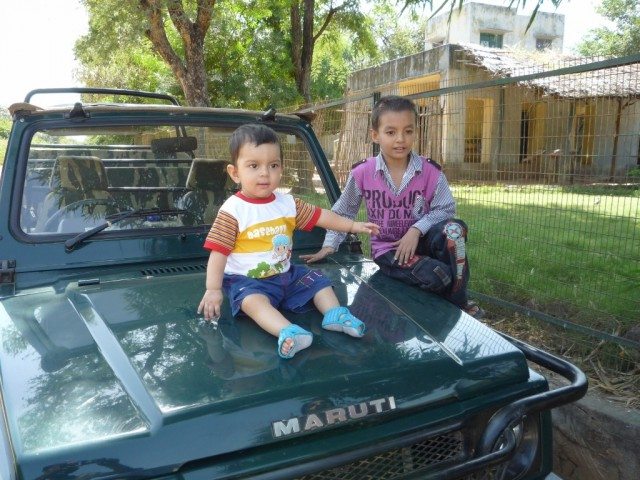 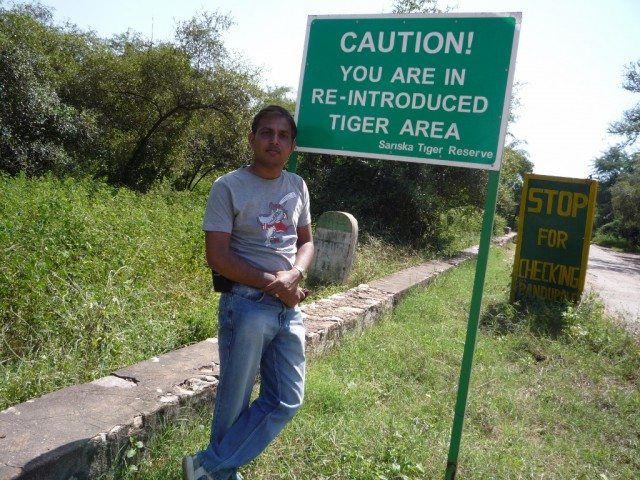 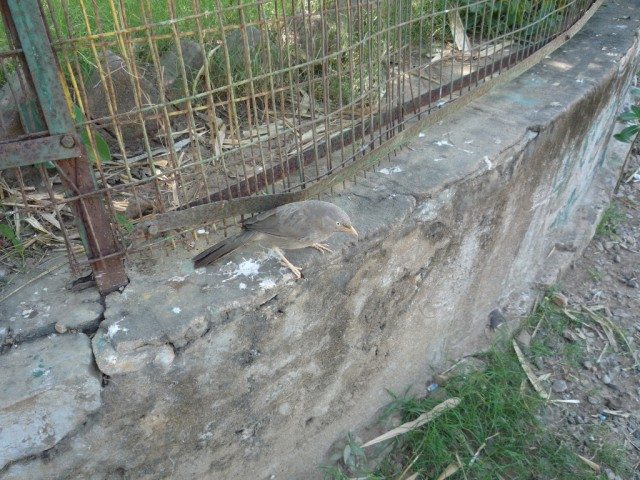 After that we started back to Delhi but this time we have taken different route. We have decided to go via NH8 Sariska-Shahpura-Bahror-Gurgaon-Ghaziabad as the road via Alwar was single on which it is difficult to drive in the night. On the way we have taken good lunch at Highway King near Shahpura. We were already tired so there is nothing great to write about the return journey. My wife is from Jaipur so we have traveled on the same road in the past also with a lot of good memories which I will try to cover some other day.