If you are sitting in the office or at home and planning to visit some untouched place (Untouched from crowd) your answer is in six words.

Satara is small town located in the heart of Sahyadri foothills.Satara does not come in the tourist circuit though it is near from Mahabaleshwar.We took the other way for our tour. Our main intention of Satara tour was Skip Mahabaleshwar and visits other places near Satara.

We had started our tour with Shikhar-Shingnapur. Shikhar Shingnapur is an ancient temple dedicated to Lord Shiva. It lies atop a hill on the Satara-Akluj road and is about 90 km from Satara.You can see a panoramic view from Hill. What we did not like about temple is the surrounding area is pretty much dirty especially the parking  area. 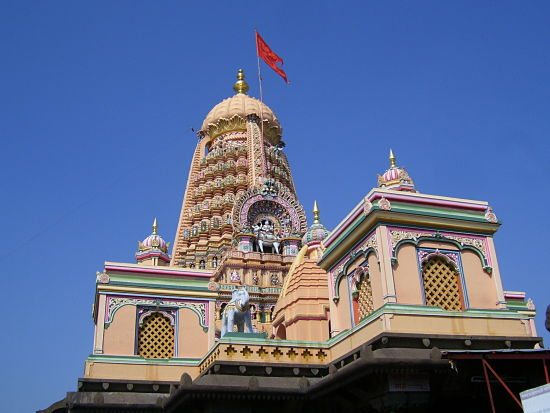 Then we headed towards Gondavale. Gondavale is a small town located 64 kilometers from Satara, on Satara-­Pandharpur road.Gondavale is the best example of management as temple serves “Mahaprasad” on daily basis to more than 500 Devotees. If you want to take mahaprasad than you have to stand in a long queue. The plus point about this queue is it passes through the whole area of temple right from Goshala, to small dam so it is quite an amazing experince.The Gondavale mandir trust has made arrangement in such way that doesn’t waste your much time.Gondavale mandir serves Mahaprasd to more than 500 people on daily basis, sometimes number also increases to 600 and during Punyatithi or other festival  it serves more than 2000 People

The climate of Gondawale Is hot in the summer so avoid travelling in summer however the climate is pleasant in winter season, so the year end is the best season for the holidays in Satara.

Our next destination was Ajinkyatara fort: 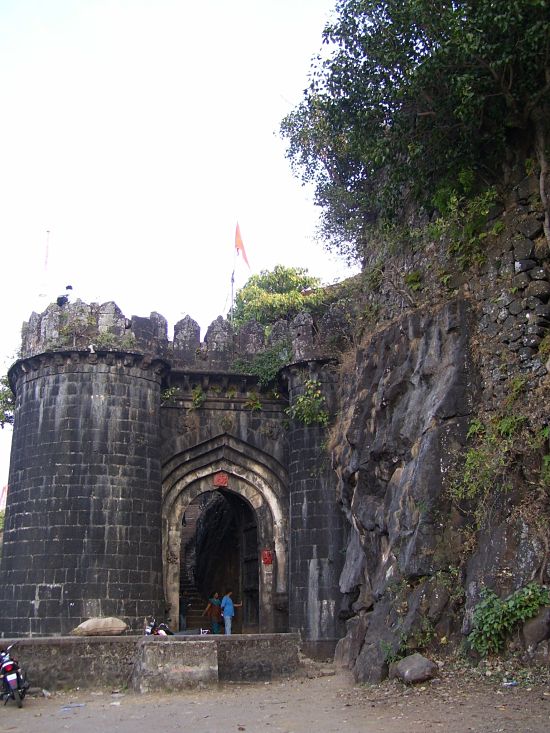 The fort is located in the heart of Satara city. (3030 feet high). As it is located on higher altitude one can enjoy a panoramic view of Satara city.Ajinkyatara is mainly famous for Hiking,Treakking and new addition is Morning & Evening walking as so many Satarkars climbing these fort either morning or Evening as they have discovered  as a best  source of  exercise. 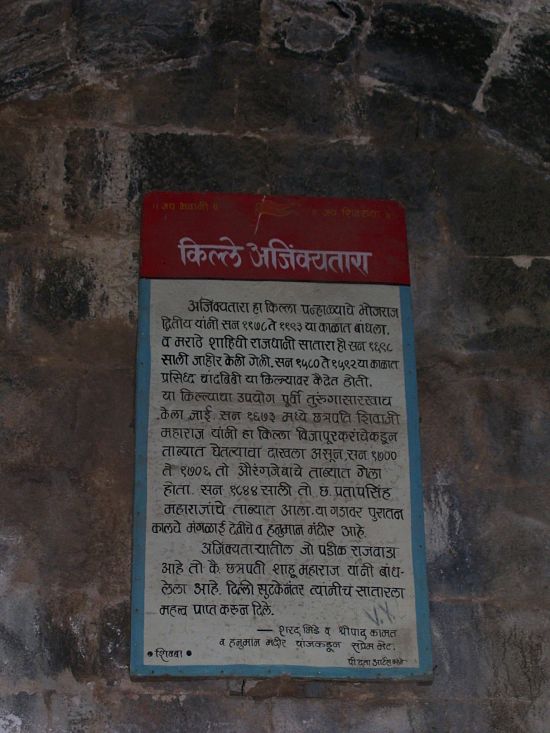 Visiting Place on the fort is Mangalai Devi Mandir,Hanuman & Shankar mandir.Recently the top of this fort is occupied by TV, Mobile network tower which is destroying the existing beauty & Importance of this Fort. 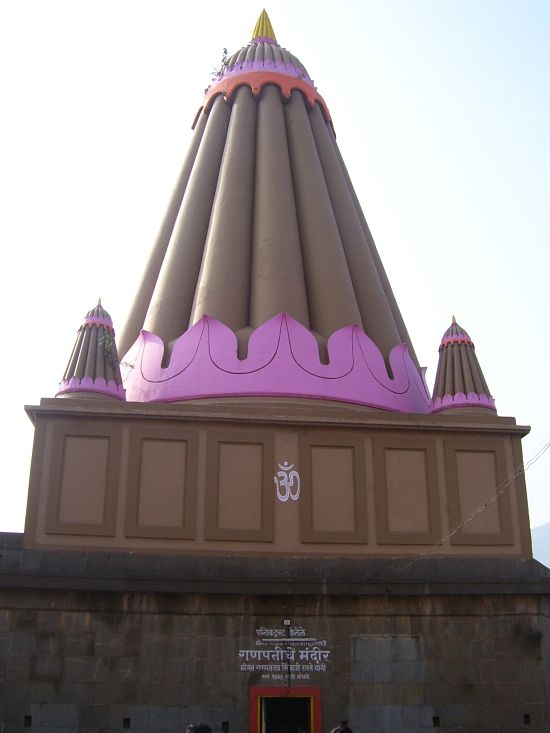 We started with Wai Ghats followed by Dholya Ganesh Mandir-a Magnificent temple build in 17th century by Sardar Raste along the Krishna River.Wai Ghats is not much beautiful like Ganpati mandir or Kashi-vishweshwara temple because it is only one source of water for village, people are using this ghats for their daily activity right from the washing clothes to baths so In future we might say that it’s a Dhobi Ghat on Krishna river not Wai Ghat on Krishna River. 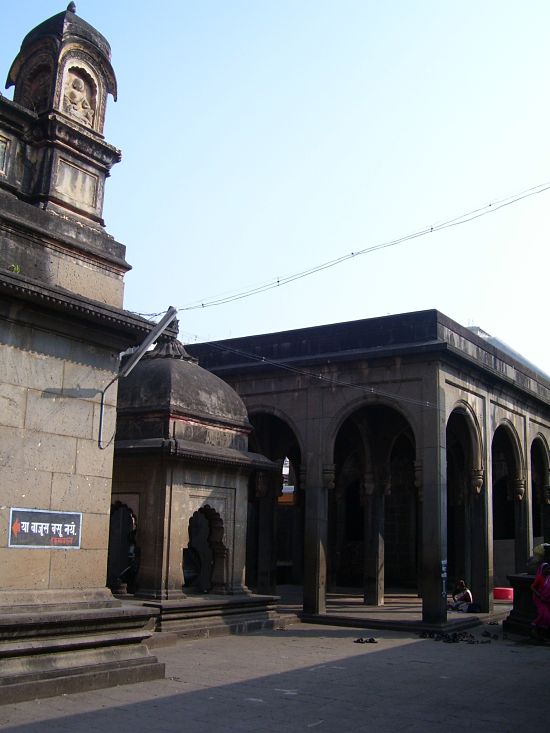 Now it is time to leave Wai & enter into Menavali –one of the most mesmerizing place on the banks of Krishna river.Menavali is famous for Shiva Temple & huge Portuguese make bell made in Panchadhaatu (Copper, Tin, Lead, Zinc, Aluminum) from some Portuguese Church.Menavali was famous for being home town of Nana Phadanvis.Nana Phadanvis was a minister of Maratha Empire during Peshwa administration In Pune.Nana Phadnavis Wada is very famous & most important place in Menvali. 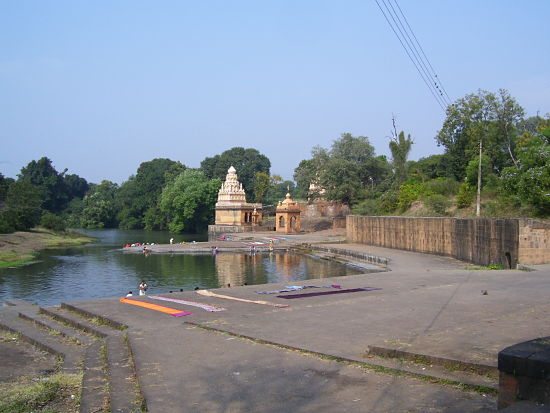 These Ghat has been used in many Marathi & Bollywood Movie Like SARJA MRITUDAND,GANGAJAL,OMKARA,Even The Village showing in The Movie Swades i.e Charanpur was also featured here. 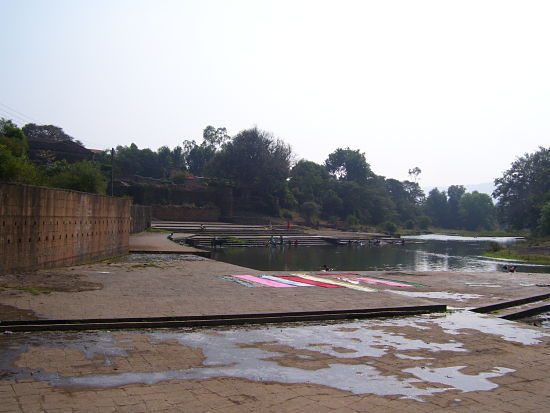 We Left Menavali & arrive at Dhom Dam –one of the important dam in Satara.When we reached at the Dam Gate, Security guard did not allow us to climb on dam wall for security reason. Than we saw another route rather small Plateau approaching towards dam wall. “My God!!!” we exclaimed!!when we reached on the top,the view seen from top was marvelous.

Than we headed towards our last destination of the day i.e. Chalkewadi & Thoseghar.

Chalkewadi is a Plateau at an altitude of 3300 ft above sea level. Maharashtra government has established an electricity project with thousands of wind mills that generate huge amount of electricity. We never realized that the whole area is occupied with huge windmills. This windmills I have never seen in my life. The windmills were much bigger than what we thought. 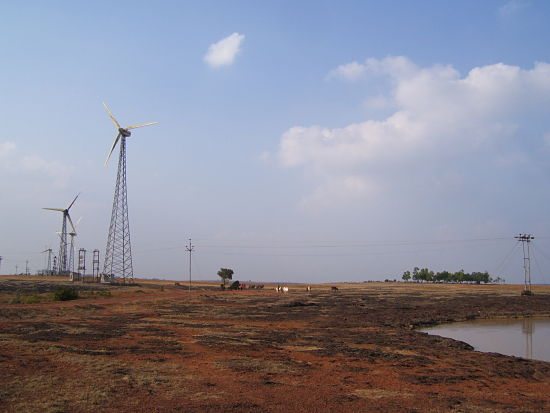 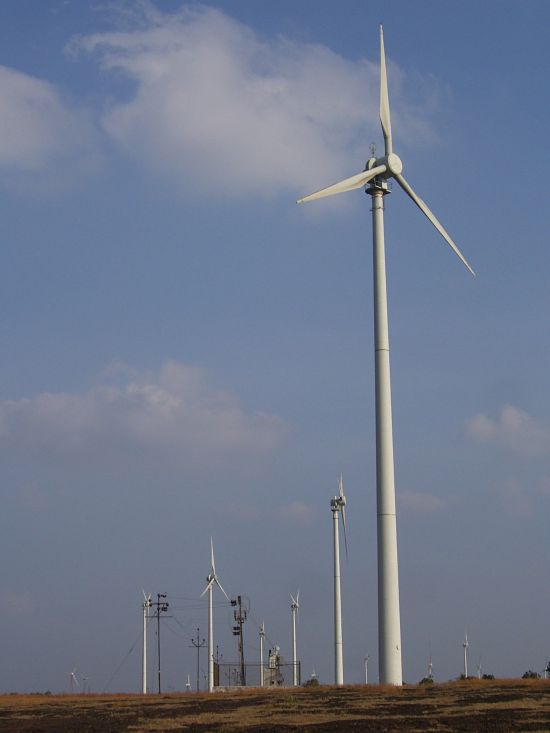 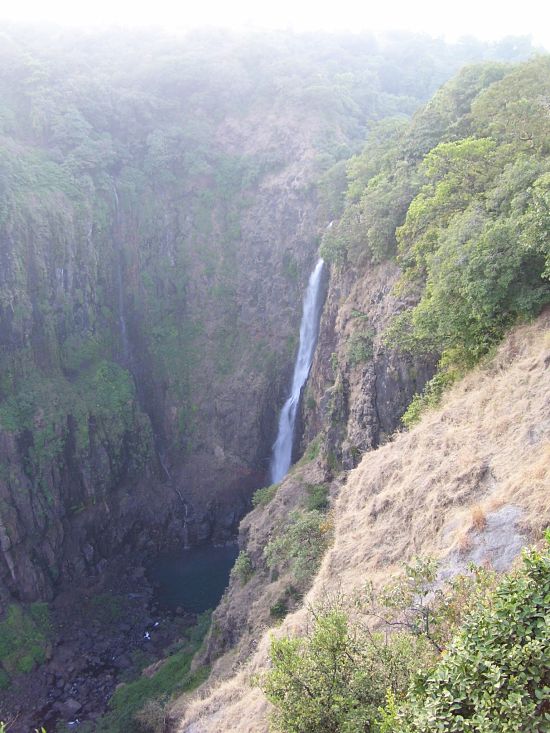 Please Note: Those who are planning to visit Thoseghar waterfalls please don’t  even dare to think for some adventure like to get down in the valley or take a bath because so many people wasted there life in  such adventure.

Our Third Day began with Sajjangad 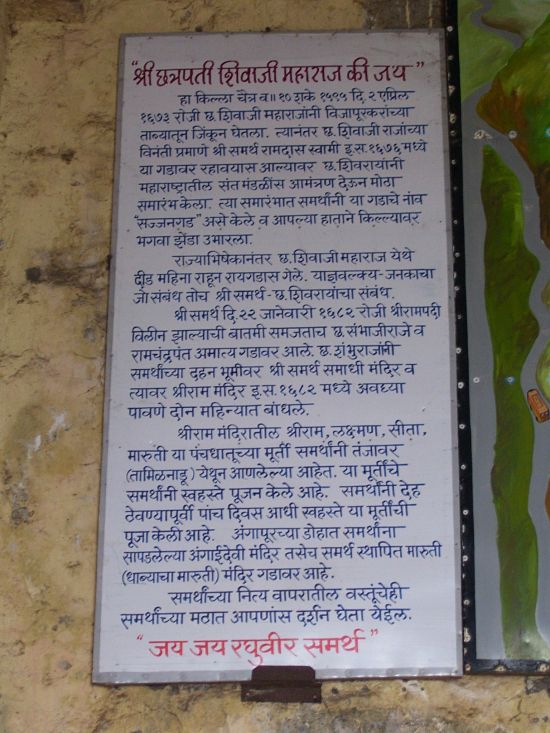 On the same way towards Samadhi Mandir there is Sonale Lake.The lake is very crystal clear with ample of fish, Turtles which boost the beauty of sonale lake. Straight from Lake is Lamasery of “Ramdas Swami” & the room where he resided. All the things which “Samarth” used daily are preserved here 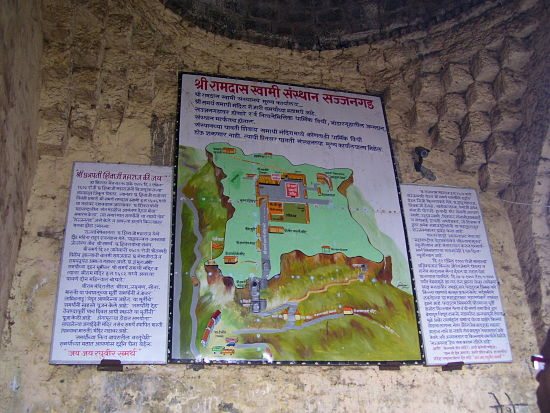 After seeing all these places we headed towards left & we saw “Bramhapisa Maruti” Mandir & then the another  Hanuman Temple which is known as “Dhaabyacha Maruti”.From here the fort is clearly visible even the surroundings region especially Kaneher Dam.

Than we moved to our next Destination i.e. Kaas Lake followed by Kass Plateau. As Plateau is also known as “Plateau of Flowers”. You will find tiny different types of flower that carpet the whole plateau which looks beautiful but winter is not a time to see this ,you have to go during monsoon.

Next to this is Kaas Lake (or Kaach Lake).The Lake built in 18th Centuary, it is the main source of water supply for satara city 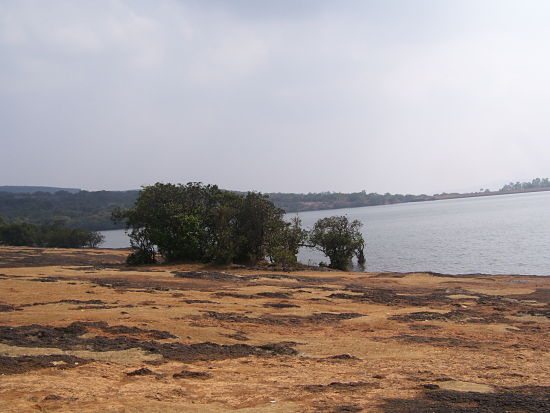 At first attempt I was pretty much confused about the name(Kass or Kacch) because u can see the number of broken glass piece scattered all around the lake. So many tourists leaving behind there unwanted souveniors in the form of Mineral water Bottles, Dry foods Packets etc 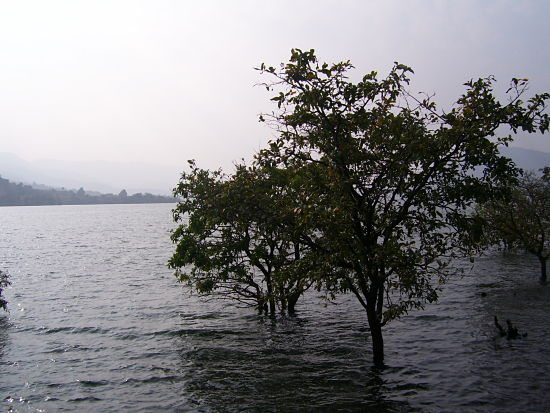 Bamnoli is small village lies on the shore of shivsagar lake.Shivsagar lake is the backwaters of Koyna dam. This place reminding you about the Amazon jungle which showing on discovery, National Geographic Channel not that much dense but it seems in first attempt. 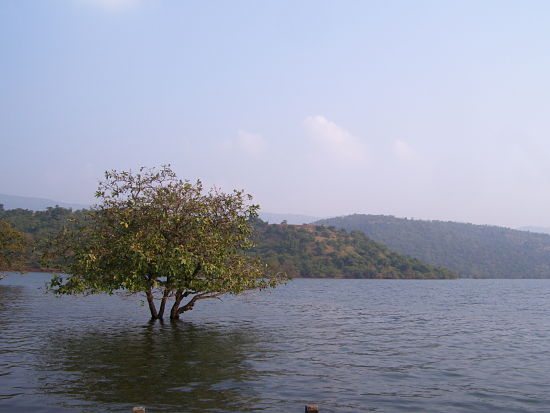 From shivasagar lake you can ply to Tapola ,Dutta & Shiva mandir,Vasota Fort,Nageshwar as boating facility available in this bacwaters.Above places are pretty much close from Shivsagar lake except Koyna dam which is far-away (almost 5 hrs Journey by Boat) But it is not possible because entry is closed in dam area for security.

Bamnoli has great potential of becoming tourist destination but there is always risk of pollution (Like Kaas Lake).

Thus Our Tour had ended.Next day

[wp_geo_map]We were back at mumbai

MSRTC Buses run daily From Mumbai & Pune But Journey time 3 & 6 Hrs.If you want to avoid ST Travel than you can catch Koyana express from CSTM or DADAR which goes to Kolhapur In the Night,  Before that is  Satara which comes in the afternoon at 16.00 Hrs. Hotel ranges from the 2 Star Like Radhika palace to luxurious like Maharaja Regency. Avoid lastminute bookings to avail good rates.

I AM HERE TO SHARE MY TRAVEL EXPERIENCE, CREATE AWARNESS ABOUT THE DESTINATION & MOTIVATE PEOPLE TO TRAVEL.