Moving ahead with my exploration of the mystical land of the Marwars, the third day of our trip the nineteenth of November and co- incidentally my birthday was planned by our hosts Dr. Prabhat, Dr. Ranjeeta Mathur and their son Kunal to the enigmatic desert of India – the Thar. A distance of 275 kms from Jodhpur, it took us around four and a half hours to reach the magnificent golden city, Jaisalmer with its uniquely uncanny golden colored forts, houses and resorts, thus giving it the name of “Golden City” which stand out from the desert haze. 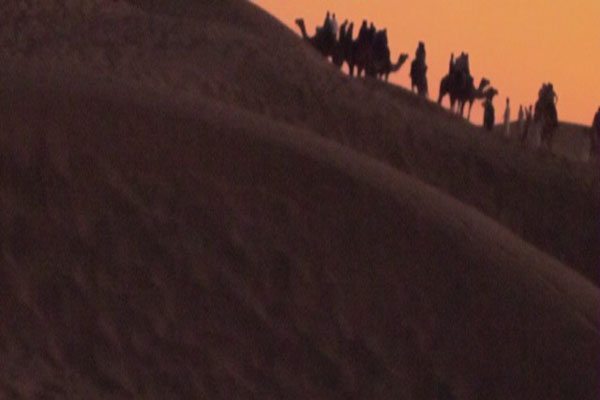 The charm and the beauty of the city is awesomely alluring. The legendary city completely made of yellow sandstone was founded in 1156 by Rao Jaisal, a descendent of Yadav clan and a Bhatti Rajput. The city stands atop the Trikuta Hills. It is said that the valor and chivalry of the Bhatti Rajputs was feared a lot in the yore when Jaisalmer fell within the “Spice Route” due to rampant attacks on the caravans thus bringing forth wealth and subsequent prosperity into the city of Jaisalmer. 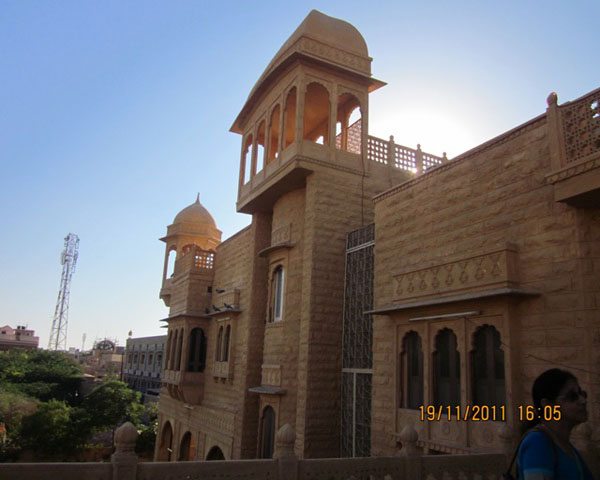 We checked into Jaisal Club and headed for the most coveted and astounding “Sam sand dunes”. 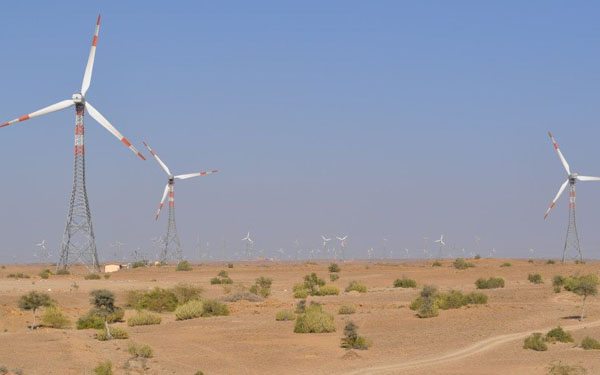 A drive of 20- 25 minutes through the broad well connected roads lined by gallant windmills on both sides accounted for a captivating journey, the final destination of which was even more entrancing. 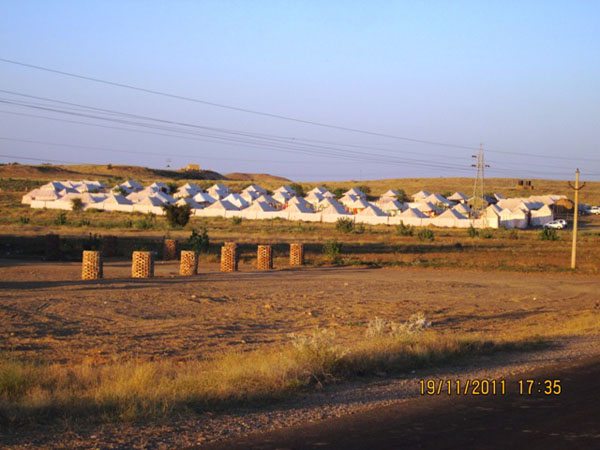 On reaching the foot of the sand dunes, around a kilometer away from the eagerly anticipated desert sunset we had the option of either choosing to ride on a camel or a camel cart. We opted for a camel cart, the package included the ride to the desert, a ride on the camel over the shifting golden sand dunes and subsequently a fascinating cultural program in the backdrop of the star studded night sky. 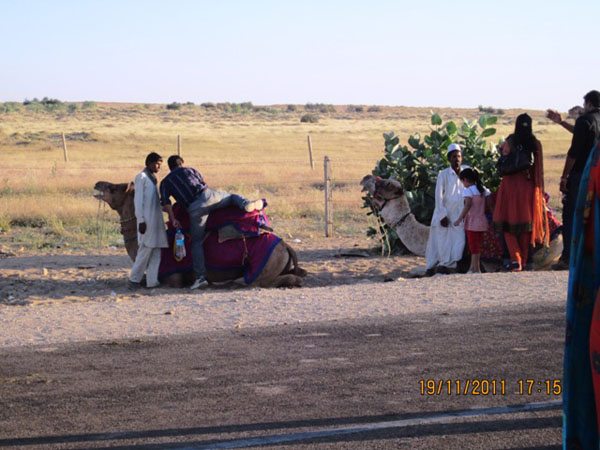 We were really excited to ride on the camel, view the ethereal mystic desert from a distance on one side and the serene white tents meant for tourists to stay overnight on the other side of the well constructed road. A distance of 1 km appeared to take eons and finally we touched the foot of the grand Thar Desert. The majesty and the beauty are breath taking. On the horizon the sun was setting spilling thousand colors of oranges and yellows on the shimmering sand dunes with a kind of magic engulfing the entire city and transporting one to the childhood stories of the “Arabian Tales”. 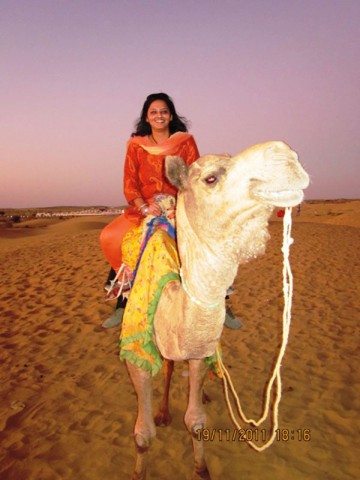 It was indeed enthralling! The camel safari in the setting sun, the hordes of camels walking through the enchanting golden sand meandering through the desert with ease meeting each other for a brief greeting, the slipping sand where one is unable to place a foot hold, the foot prints of the desert beetle, ensuing folk music by the locals ….everything was just bewitching and romantic. 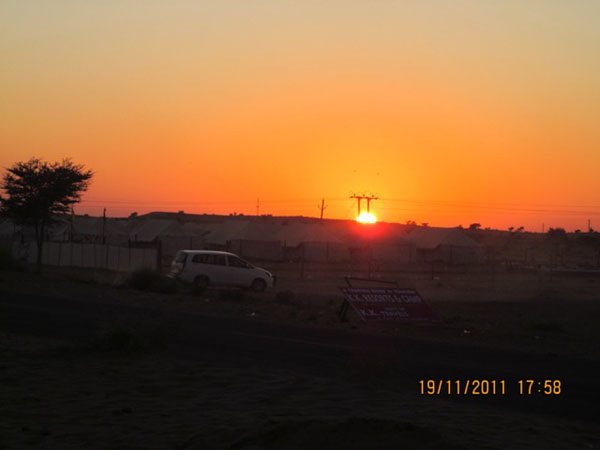 The ship of the desert which feeds on jaggery, ghee and a special kind of desert fodder and can go without water for several days lived up to its royal and enchanting image. Camels are majestic animals and it is indeed captivating to watch them meander through the desert with valor and ease. It is a dream come true for any traveler and thus one could see mesmerized tourists all around. As the sun set it appeared God has painted a wonderful painting on the desert canvas, we headed for the camp site where we were warmly greeted and anointed with sindoor tika as the adage goes…”In India guests are next to God”. 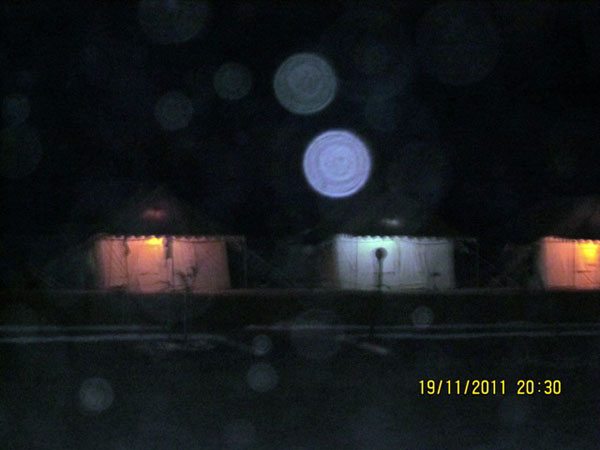 As we took our seats around the fireplace in the star lit night sky, the local folk singers and dancers took our breath away with their folklores, songs and ethnic desert bedouin dance.-“the kalbaliya”. As the singers sang the ladies exhibited a marvelous display of dance performance in their traditional black chaniya choli glittering against the backdrop of the dark night with arms full of white bangles. The dancers picked up needles, blades, rupee notes with their eyelashes, danced with smoldering vessels and walked through broken glass pieces without a freckle on their face but a hypnotizing smile as if to say nothing is impossible only if we have faith and determination in our hearts. 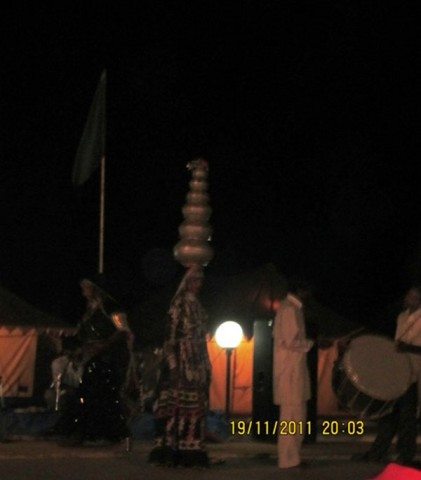 Post the performance it was time to treat ourselves on conventional Rajasthani cuisine. A wonderful evening spent with equally cordial people discovering the enticing Indian desert. As all good things come to an end so did this magical evening and we headed for our resort. A well deserved night sleep we were woken up by the morning azaan from a nearby mosque and enthusiastic chirps of the local birds.
Post our brief breakfast we headed for the return journey intentionally including “Sonar Killa” on our route. The famous bengali director, Satyajit Ray has even made a movie named “Shonar Killa” on the alluring beauty of the fort. 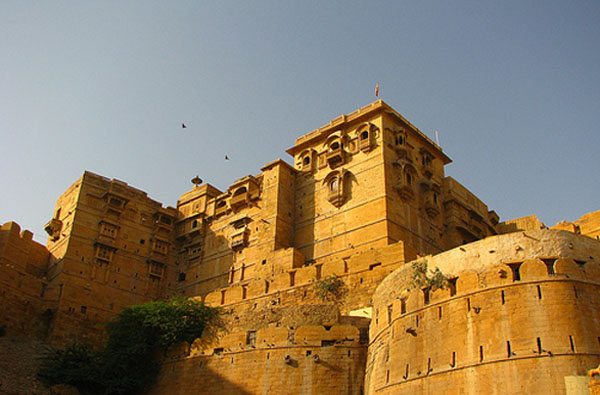 The fort was built by Rawal Jaisal and lives up to its splendor till date. The fort is currently inhabited by the locals and houses many intricately carved Jain and Hindu temples. The fort can be entered into through four gates, the Ganesh Pol, the Suraj Pol, the Bhoota Pol and finally the Hava Pol. Due to dearth of time we could not manage to visit the fort.
We now headed on our journey to Jodhpur to catch our flight back to Delhi. En route we visited the most revered shrine of Baba Ramdevra near Pokaran. 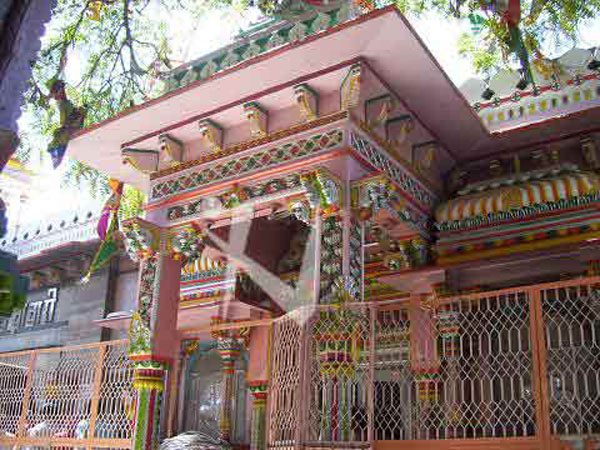 The shrine is of Baba Ram Shah Pir who took samadhi in 1458 and later in 1931 a grand temple was built around it by Maharaja Ganga Singh of Bikaner. It is believed whatever one asks from the holy peer, who was a great philosopher and possessed many miraculous powers, is granted. Once the wish is fulfilled people throng the shrine to offer “dhwaj” and “handmade horses” to the saint. This religious place is equally venerated by Hindus and Muslims and pilgrims from across the state throng the shrine at the fair which is held in the month of July/August every year.
In transit we passed through sleepy desert town of Pokaran with an old fort, some temples and mosques which was catapulted to news headlines in 1974 and 1998 for being nuclear test site.
Thus ended our journey to the two elegant cities of Rajasthan with wonderful memories of the forts, palaces, bastions, temples, the golden desert along with the hospitality of the equally beautiful people with a dream in our hearts to return back for more…. 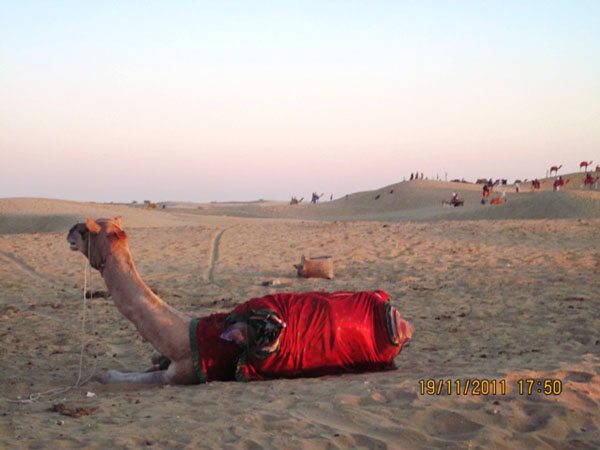 Wondering through the desert alleys of the Golden City- Jaisalmer was last modified: September 4th, 2020 by Mala Raman

It was a tiring day, and all were ready to sleep, but what is the plan for Sunday. Well, it was “Ocean Park” Amusement Park in the list for Sunday. We planned to start early as it was a Sunday and that too during a long weekend for Hongkong.