“Is it possible to see Washington D.C. in a day?”, my friend asks.

“Of course it is possible”, I reply confidently, just like it is possible to spend a whole week touring Washington D.C. I have seen Rome in a day. It is not ideal, but it is doable. When you have less time, you need to prioritize. You’ve got to see what you’ve absolutely got to see. For the rest, you can always come back later.

So what would you see or do if you had a day and wanted to tour Washington D.C.? 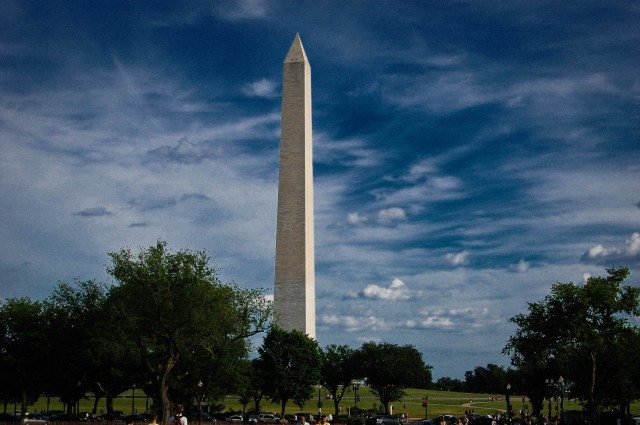 Now that is a tricky one, and it depends on what you like to do. For me, I love walking around a city and taking pictures of the building. As outrageous as it sounds, I get a little tired of touring museums after a while. So for me, D.C. in a day is highly doable. Let me tell you what I did when I had only 8 hours to tour Washington D.C. 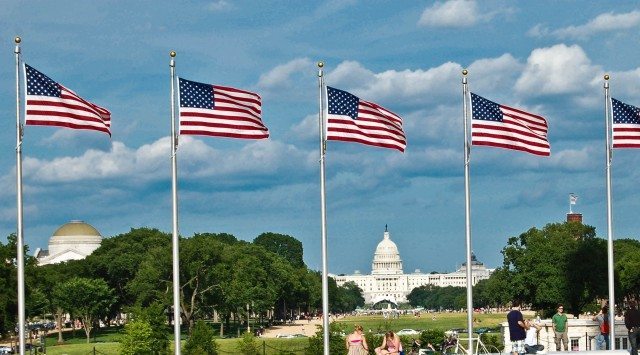 The Capitol from the Washington Monument

First, I did not waste time trying to look for parking in the city. Finding parking in the city is a nightmare. The traffic, the people, the crowd, and most importantly, not losing your sanity while trying to hunt for a spot or parallel park and not have the traffic behind honk at you. It was a weekend, and parking is free by the many metro stations from where you can quickly catch a metro to Washington D.C. You can even take a quick nap in the metro. I parked by the Vienna/Fairfax metro station and took the Orange line to the Smithsonian. 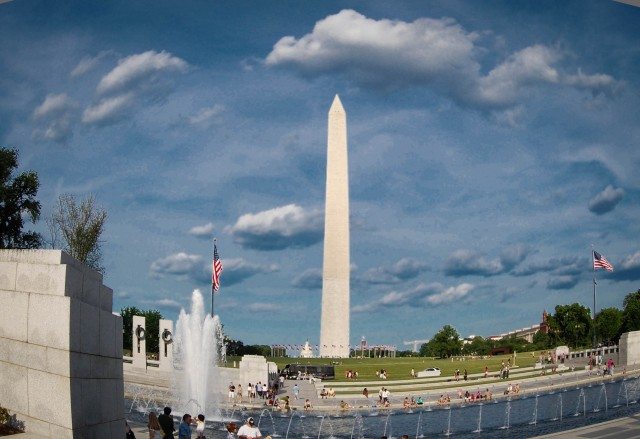 A fish eye view of the Washington Monument

Once outside the Smithsonian station, look at the map and plan what you wish to see. You could explore the “National Mall”, which is a stretch of road with the U.S. Capitol at one end and the Lincoln Memorial at the other end, and museums on both sides of the Mall. Directly opposite the Smithsonian Metro station is the Natural History Museum (where you can see the famous Hope Diamond) and the American History Museum. On the other end is the Air and Space museum. I would try exploring these museums. The good thing is, you can spend days visiting these museums, and then you can also spend a couple of hours and be done. Once again, it all boils down to how much time and enthusiasm you have. 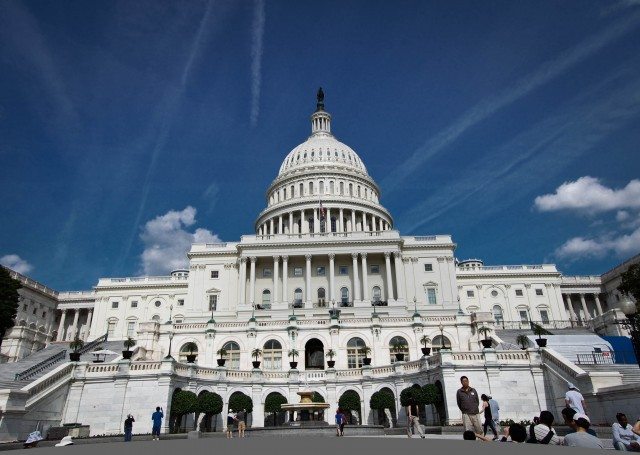 After the museums, I would continue eastward, until I reached the U.S. Capitol. I would spend some time there, marveling at the architecture, looking at hoard of tourists taking pictures by the Capitol, admiring the lake in front, looking straight into the Washington Monument and the Lincoln Memorial in front of me.

The Washington Monument from the Capitol

If you want to tour inside the Capitol or the White House, I believe you need to schedule an appointment weeks, even months in advance. I have never been inside either of these buildings. I have been content marveling at them from outside.

The Capitol is at one corner of the National Mall. From there, you can start walking toward the West end. After a while, you will cross the museums again. More than half way through it, you will reach the Washington Monument. From there, you have two options. You can either keep going straight and reach the World War II Memorial, or you can take a perpendicular right and reach the White House. If I were you, I would do both. I would try taking a Patel shot in front of the White House, trying hard to keep the other eager tourists out of the frame. I would try getting as close to the White House as I can, before the armed security guards would shoo me away. From there, I would walk to the World War II Memorial. It’s all simple geometry, locating these landmarks applying the principles of rectangles and right angled triangles. The Washington Monument, White House, and the World War II Monument are the three corners of a right angled triangle. The Capitol and the Lincoln Memorial are the two opposite (and short) sides of a rectangle.

I would spend some time sitting by the beautiful fountains of the World War II Memorial. It has the name of every U.S. state (and more) etched on its walls. The fountains light up beautifully during the evenings. From the World War II Memorial, I would walk up to the Lincoln Memorial. On the left (South) is the Korean War Memorial, the Tidal Basin (with the world famous cherry blossom festival in March), and the Jefferson Memorial (that looks like MIT to me). You can climb the steps to the Lincoln Memorial, go behind the Memorial, and spend some time admiring the sunset at the Potomac river to the west.

The fountain at the World War II Memorial

If walking is an issue, you can take the $35 for 2 days per person hop-on hop-off red bus. As the name suggests, you can hop on from and hop off at any of the many stops as long as you have a valid ticket. In fact, it takes you all the way to Arlington National Cemetery in Virginia, and to 30-35 other locations. The round trip takes you about 2 hours, and it looks similar to the open-top bus you saw Kajol taking in DDLJ. Try hopping on and hopping off as much as you like for 2 days.

The best thing about Washington D.C. is that all the museums are free. Well, free is not exactly the right word, it is all taxpayers’ money after all. You can even go up the Washington Monument for free, if you can make it by 5 pm. That is one tall building I am yet to climb. There are many more museums you can explore, depending on what you want to see. I have heard impressive reviews about the Art Museum, the Holocaust Museum, and the Spy Museum.

So there you go, a day in Washington D.C., and you can actually visit quite a few of the historic landmarks. The memorials and the buildings I mentioned are beautifully lit at night, and somewhat safe to walk around. So photography at night is a great option too. If you are looking for a good dinner place after a tiring day, try exploring your options in Georgetown. I really like that part of the city. 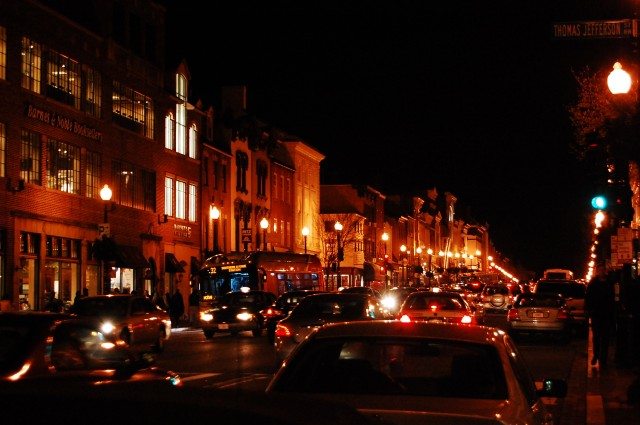 What: Washington D.C.
Why: Capital of the U.S. A beautiful city that smells strongly of history, culture, art, and European architecture.
How: If you don’t have a car or have no confidence in your parking abilities, then mostly by foot, metro, and bus.
When: Anytime of the year. I find it too hot in summer and freezing in winter. So sun or cold, whatever you are less stressed enduring.
The good thing is: Most museums are free. Public transportation and metro connectivity is awesome. The metro runs well past midnight.
The bad thing is: No matter how many times you visit, you will never be done seeing D.C. You will want to come back again. Also, walking can get really tiring.

Link to Metro: Here you go. 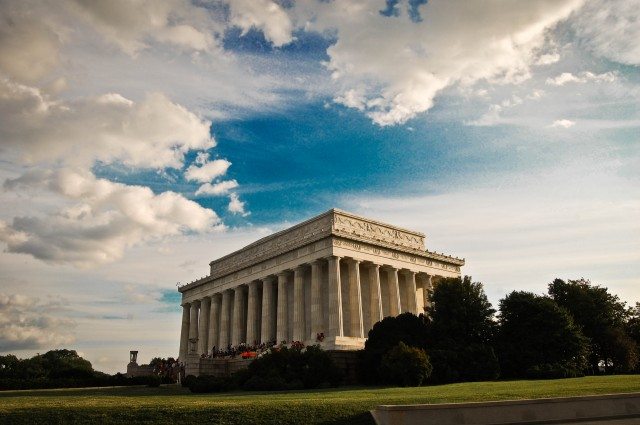 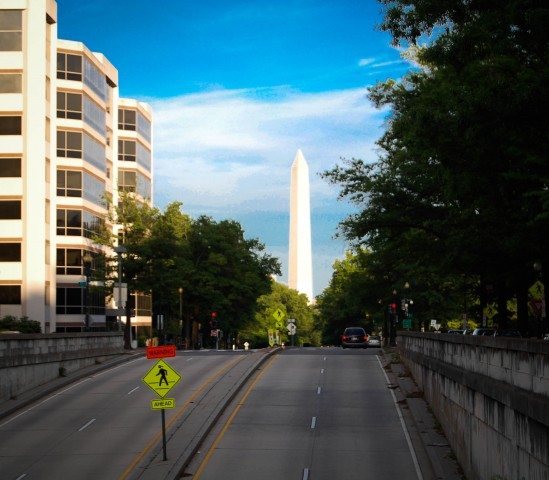 Street side view of the Washington Monument 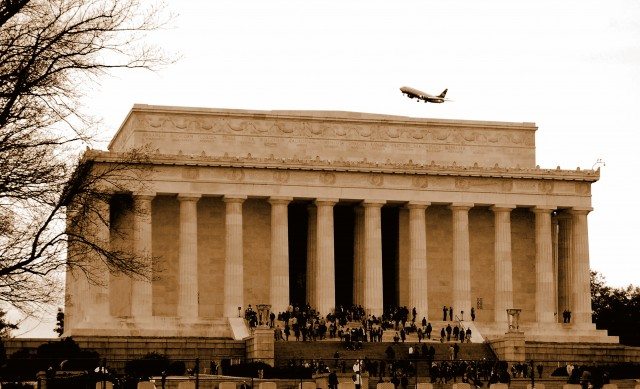 Another view of the Lincoln Memorial