In a previous post, I had covered our trip to Jungfrau. The return was a bit of an anti-climax, since the line to the train was long, and we were tired. However, as we started the gamut of 3 trains that take one back to Interlaken, the energy started coming back (after all, the great weather and superb view have to make a difference). Soon, we had to make a decision; go back the same way that we came, or do the route via Grindelwald. We decided that since the open tickets were good on both the directions, it was Grindelwald. So, when we reached the changeover station of Kleine Scheidegg, we took a train to Grindelwald instead of Lauterbrunnen (the frequency to both from Kleine Scheidegg is pretty good).
The view from this train was pretty good, with the mountains towering to one side, and more of a plain grassland and beautiful scenery on the other side. Soon, we were to our regular routine in such sceneries, standing in the train to get a better view of the surroundings. Unfortunately, taking good photos from within the train proved to be difficult since the late evening contrasted with light inside the train, and this was reflecting on the windows (and hence preventing a good photo).
While on the train to Grindelwald, we took a look at our local itenary, and wondered whether to get down at Grindelwald, or to continue onto Interlaken and explore whether we could catch the last cruise on Lake Thun (departing from Interlaken from just behind the Interlaken West Railway Station). Thus, we missed seeing anything much of Grindelwald, and instead moved onto Interlaken. However, sad news. We reached Interlaken at around 5 in the evening, but it was too late to catch the cruise (and this was the second day when we missed the cruise due to being late).

We had to leave Interlaken the next day to move onto Luzern, but a cruise on the Lake was necessary (you have to see such a blue lake to imagine how the concept of such a cruise would be so enticing).
So, bright and early the next day, we checked out of our hotel, left our luggage in the hotel luggage room, and went off to the cruise. The ticket for first class (where you could climb to the upper deck) was fairly expensive, being 50 Swiss Francs for a one-way voyage to the city of Thun. But first class it was, and off we climbed. After some amout of waiting, the ship started. There is a narrow channel of water from where the ship has to pass through to reach the main body of Lake Thun, and it seemed like a canal (alebit, a very beautiful canal with scenic surroundings).
After some time of proceeding along this canal, the ship reached the main body of the Lake, and righted itself (till now, it was proceeding in the reverse direction because of the narrowness of the canal). 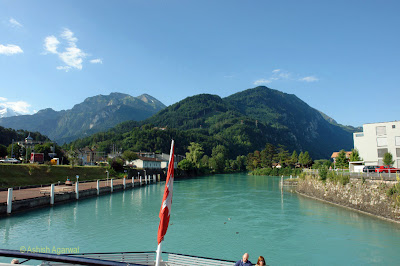 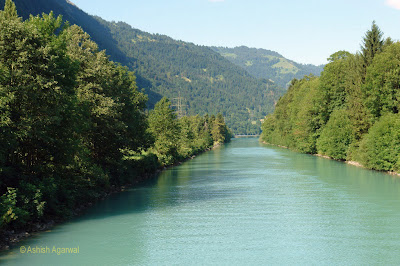 Narrow channel of water that connects Interlaken to Lake Thun

And thus started the wonderful 2 hour stretch. It was 10 in the morning, there was a slightly chilly breeze blowing, and the overall experience was great. The lake looks green-blue from close up, and there were plenty of small boats and speedboats in clear sight soon. The ship takes a leisurely passage on the water, stopping at many points along the cruise when people get off or get on. The cruise ship also acts like a passenger ship for the various small hamlets on the side of Lake Thun, stopping or starting at regular intervals. 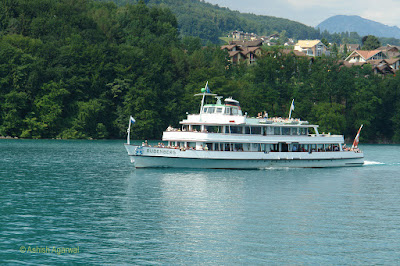 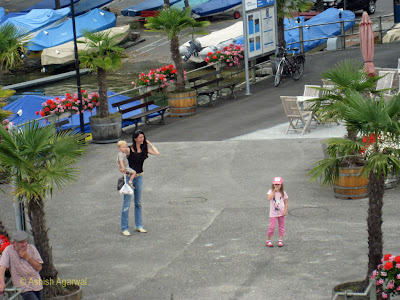 You truly get to see some beautiful locations on the route, with houses right on the edge of the water of the Lake, with a small entrance from where their boat could directly enter into the confines of their houses. It all seeks to portray a place where boating on the lake is a part of normal life, and imaging such a life brings forth a tremendous feeling of envy. 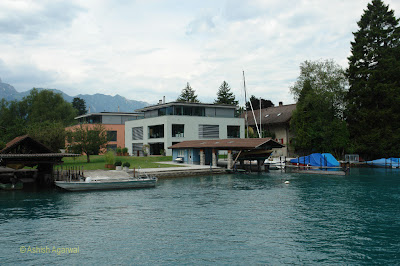 We passed a beautiful castle like structure, a part of an old structure, and a huge number of beautiful houses. In addition, sometimes you would see just a few number of houses on a hill, and try to imagine their life. If you get tired of admiring the outside, you could sit in the classic eating place inside the ship, all very neat and clean. We spent time on all the decks, and took photos from all the places.
And then, pretty soon, the 2 hours were over, and we were moving into a smaller landing place in the city of Thun, and the trip over, we header for the railway station to take a train back to Interlaken. 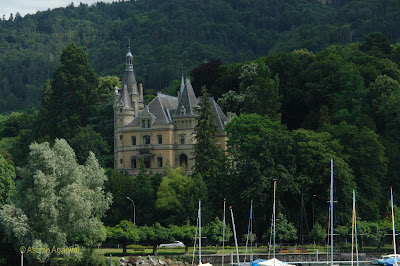 A castle like structure visible from the cruise on Lake Thun 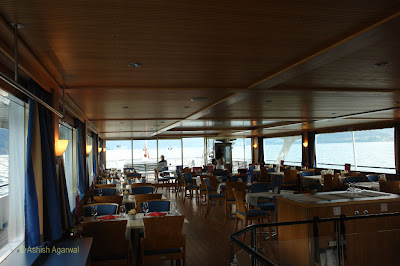 The cafe of the cruise ship 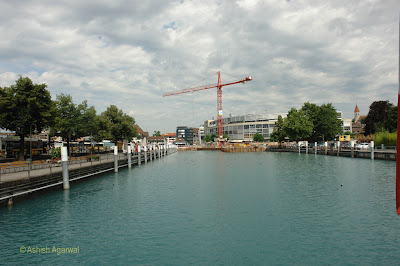 Many photos of the Trip on Lake Thun available at this location.

The busy summer season is starting to come to an end and resorts become less crowded. Now is a good time to book Spain holidays if you

Trip to Switzerland: Part 4 – Return from Jungfrau and onto Lake Thun was last modified: August 22nd, 2019 by Ashish