May is the month when the Capital of India is scorching with high readings on the thermometer.Also may is the month which according to most of the backpackers is the ideal month to go trekking in the Himalayas.This is because the snow starts melting,temperatures become more reasonable and major part of the Himalayan region becomes approachable.

With these things in mind a team of 16 individuals set off for the amazing Roopkund trail from Noida.The planning started from Mid April.The foremost consideration for a successfull trip was to find a good guide along with a trained and experienced team of porters.Though our members were experienced enough for trekking in the upper Himalayas having completed a successfull trek of Auli Kuari Pass together,a good support team was required to ease the trip considerably.And Mr Dhanu came to our rescue.He was recommended by one of the traveler on the net and we called him to Noida for discussing the trip.Upon interacting with him,we found his knowledge of the region quite good and most importantly he was a likable character with smile on his face and jovial mood.We finalized him.Also other trekking gears like ice axe ,tents and ropes was being arranged simultaneously.Also in the process was gathering information about the terrain and region from all the resources.

Then came the day we were waiting for all along.We left for Haldwani from Delhi by Uttarakhand Sampark Kranti on 28th May,10.We had a night break at NTPC Guest House at Haldwani. 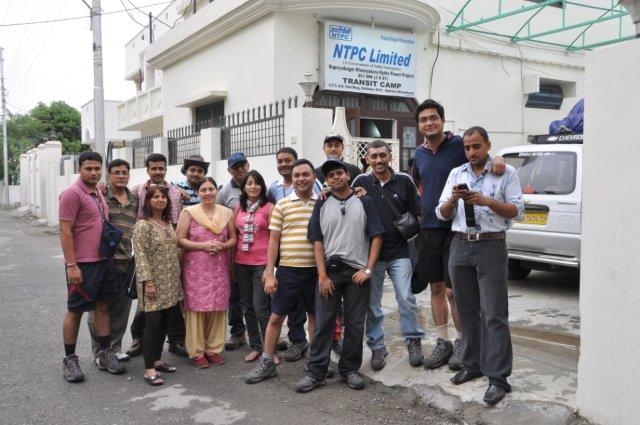 After having a good dinner at the guest house and a very sound sleep through the night there,we got up next morning all fresh and geared up for our journey ahead.After having Breakfast we left for Lohajung (2530 mtrs) by road.Lohajung is a small village in the Garhwal region and enroute we crossed picturesque views of the Himalayas.After crossing various places like Bhimtal,Bhowali,kausani,Gwaldham etc we reached Lohajung at around 6 pm.It was really windy there and the weather was in sharp contrast to the weather back in Noida.We met Dhanu and his team at Lohajung and put our luggage in a guest house which he had booked for us at Lohajung. 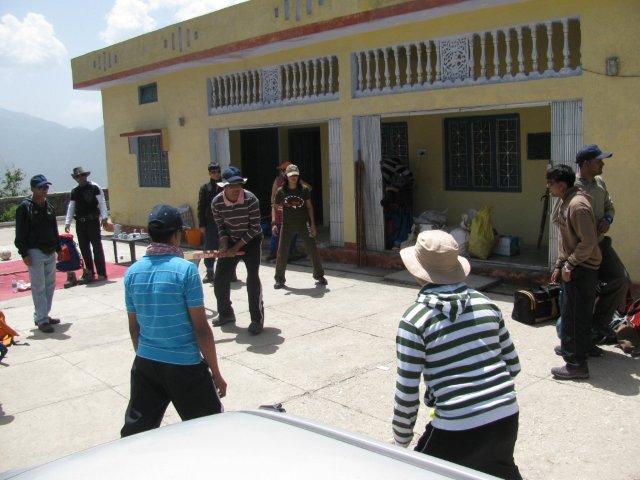 After having a cup of tea and first view of some parts of our trail,we left for the local market as Lohajung is the last market of the route.We got some groceries and some of us bought basic stuffs like monkey caps,gloves etc and then we came back to our guest house.After a good dinner,the night was spent dreaming about the days to come.We got up early next morning,something which was soon to develop into a habit and had a session of some stretching and warming up exercise.Then we wandered around for some good clicks and since it was a clear morning we were not disappointed.At the guest house we met a team from Dehradun who had just returned from the glacier and their description gave mixed feelings about the trek.The trail was scary but at no point we doubted our success.In fact the description made us more stronger.We started our trek from Lohajung Guest House and after walking for about 5-6 hrs we reached Maldhar.Most of the people start the trek via Waan because the route is shorter but I will recommend Maldhar route as it is easier to climb. 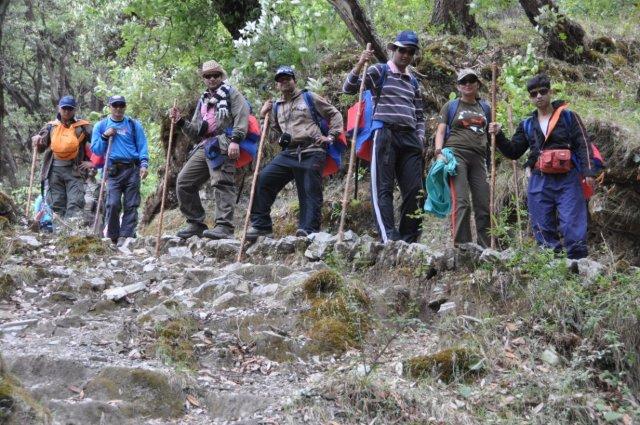 On the way to maldhar 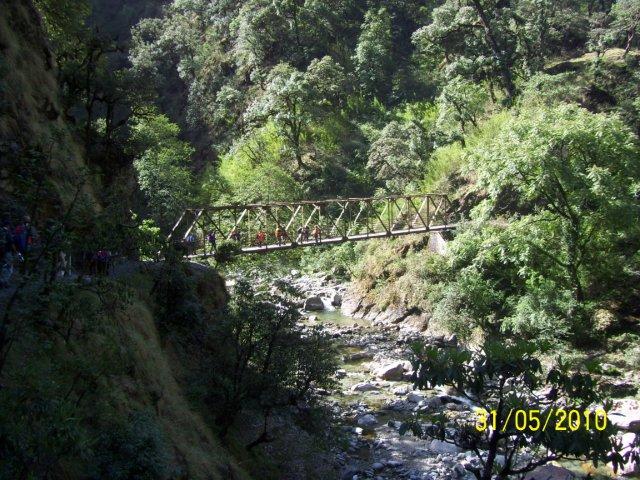 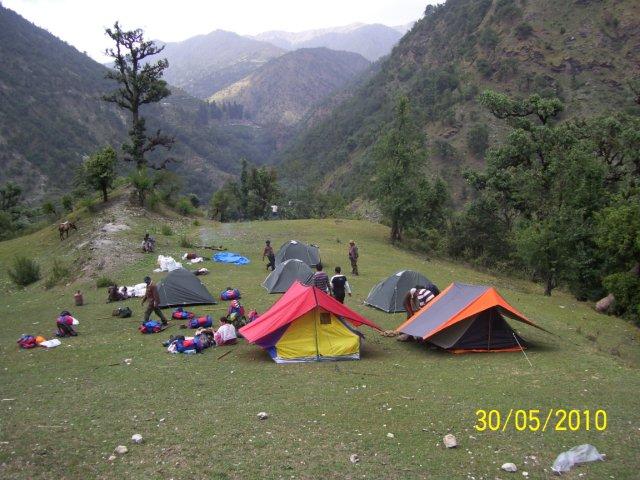 After reaching Maldhar,tents were erected and we roamed around a bit.This was followed by Dhanu preparing some local delicacies for us and then we retarded to our tents.Next Morning we started our journey leg from Maldhar to Tolpani.The journey of about 10 kms (around 6-7 hrs) was through villages,forests,climbing up and going down and stretch like these make your Himalayan trek memorable. 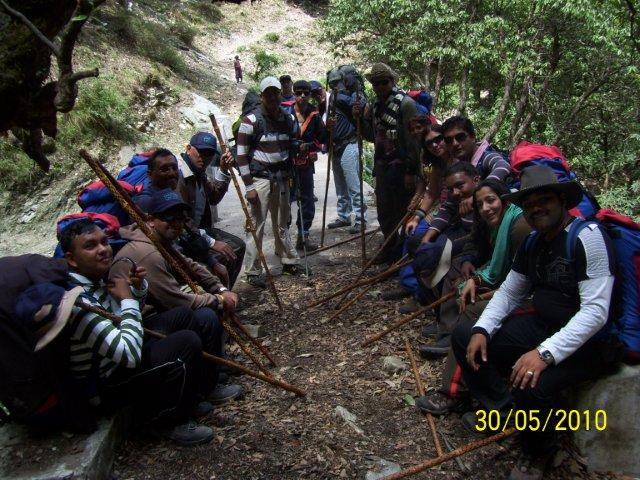 On the way to Tolpani

After reaching tolpani we had a bath in small water body nearby and got some photos clicked with locals.The night was good and for the first time during the trek we attempted some bonfire though it was cut short by rains.On the way to Tolpani we had an amazing view of our Lohajung Guest House. 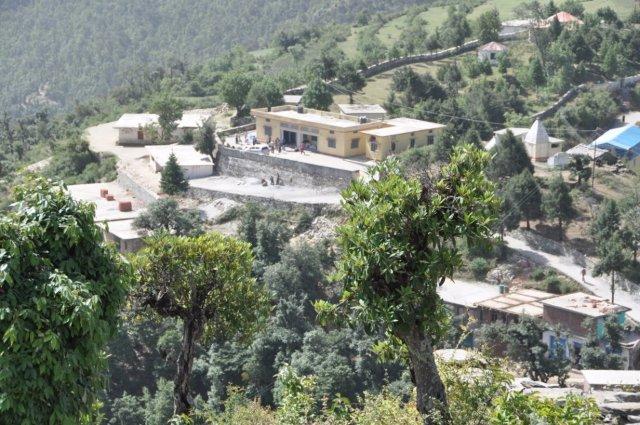 Next day we woke up to a pleasant weather and Dhanu’s amazing breakfast of Paranthas(made of some local flour,gave lots of energy and heat) being served with Ghee and Jaggery.After filling ourselves we left for Bedni Bugiyal via Ali Bugiyal.Todays stretch was of around 10 kms .The start of the stretch was steep climb which was followed by easy walk along Bugiyals.Ali and Bedni are biggest Bugiyals in Asia and they lived up to their reputation.It seems that nothing can be more wonderfull than this.Green grass with a view of Trishul and Nandaghunti range makes all your effort worthy. 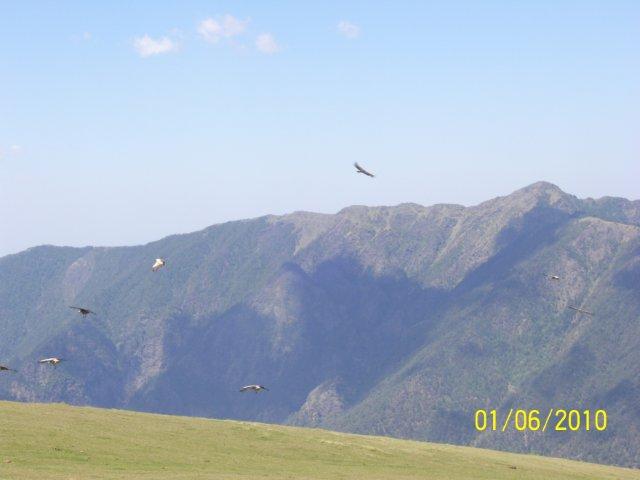 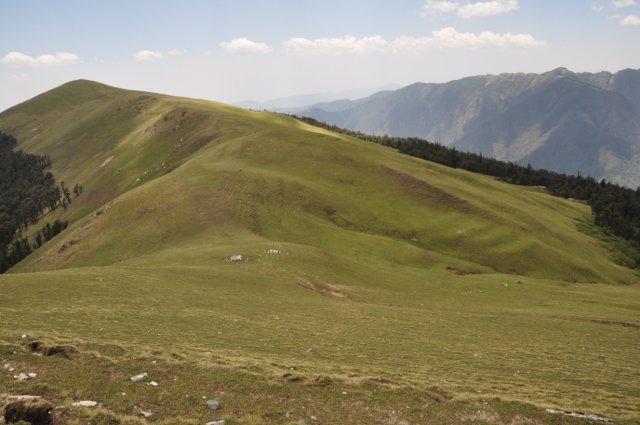 We stayed overnight at Bedini and experienced some light rainfall there.We stayed indoors and relaxed fully aware that next day was going to be a long and hard day.Next day we started from Bedini.Our destination was Bagubasa at the footsteps of Roopkund Glacier.Our day consisted steep ascent to be on the trail from Bedini, then mild ascent to Ghoralautani, followed by moderate descent to Patharnachauniya and an approx 3 kms steep zigzag ascent to Kalu Vinayak.The ascent to kalu Vinayak is the reason why people like us are always on the look out for an exciting expedition.Exhausted and tired,you keep on taking the steps to climb the portion of the trail which is considered by some as the most difficult.You continuously require water,gud,chana,misri etc along the ascent.At this point we got our first glimpse of our destination:The Roopkund Glacier.After resting and praying at Kalu Vinayak we started towards Bagubasa.It was a further one hour walk in the rocky terrain.We started to feel the lack of air and it was tough to breathe.We stayed overnight at Bagubasa. 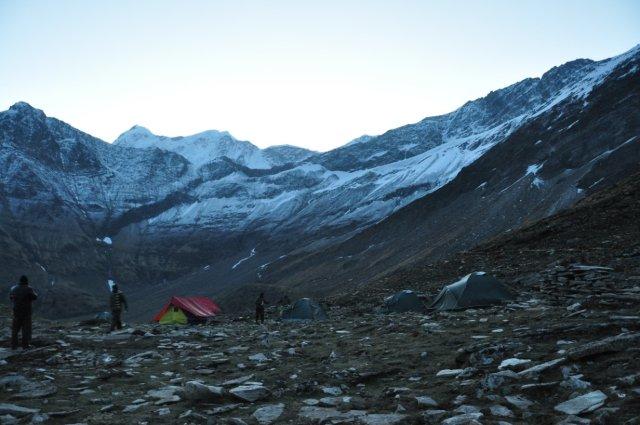 There are two permanent tents there but by the time we reached,one was already occupied.So half of our team and kitchen was established in the permanent shed.Rest of us had our night’s sleep outside in the open.It was chilly and lack of air made sleeping in the temporary tent outside very difficult.On one hand we were very tired,other hand we were most excited because tomorrow we were to reach our destination.These thoughts coupled with outside temperature and thin air made that night really testing.Next morning we started early for Roopkund as we wanted to reach Roopkund and further to Junar Gali before sun shines brightly and snow starts melting.

On the way to Roopkund

As the snow starts melting the entire track becomes slippery which makes it very difficult to climb or come down.Also the weather changes very quickly at high altitudes and you definitely don’t want to face a rainfall or snowstorm en route.We started gradually and kept on climbing.The climb had also increased our altitude to the point at which looking down would give one the creeps.We managed to maintain a good speed while climbing and after a couple of kilometers through zigzag climbs we saw a white sheet of snow. Finally we had reached.We had achieved what we dreamt off.We could see Roopkund lake.We also saw some skeletons there.It was one of those moments which makes you speechless.You just dont want to blink your eyes also.You keep on staring and you dont know how to react.We went to the lake and got some photos clicked.We sat there and kept our eyes on the lake. 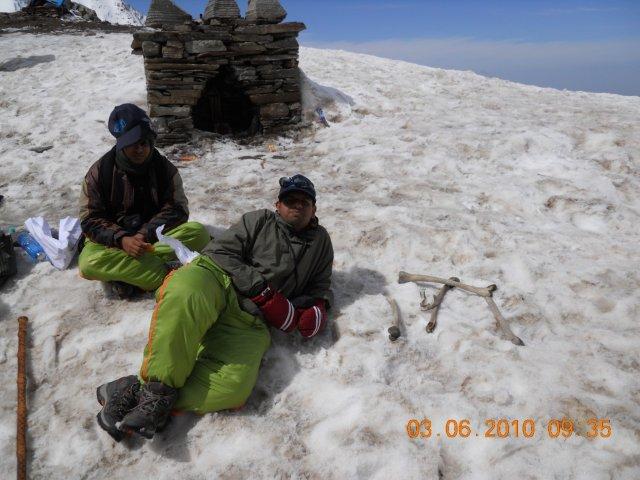 At the lake of Skeletons 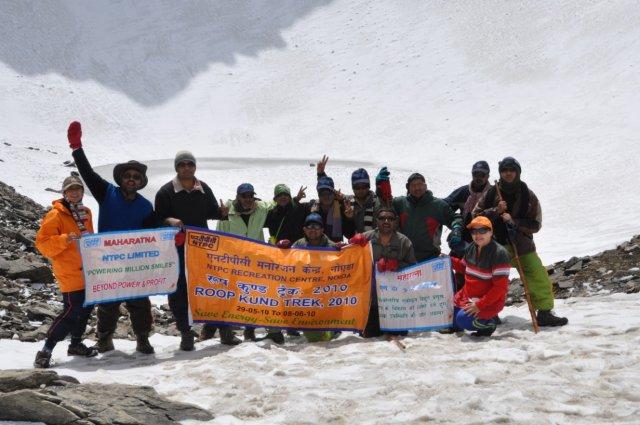 At that moment some of our team members started having air sickness.They were not able to breathe properly.So we started coming down leaving behind the idea of going till Junar Gali.With a sense of achievement we started to come down.By this time the snow was melting which made our descent very difficult.Also some of our members were not feeling well and this increased our problems.We kept on giving camphor to them.It was effective but we needed to come down as quickly as possible to give relief to them.With great difficulty we came down till Bagubasa.There we just carried our stuffs and continued going down.We finally stopped at Patharnachauniya.We were very tired but condition of our sick members improved.There was a great sense of achievement and satisfaction in our camp.We were laughing and enjoying.We slept well that night.Next morning we started early for a long stretch till Neelganga through Bedni.This was a typical stretch through Himalayas with bugiyals initially ,then tall trees and deep forests.Finally after a long and exhausting trek down we reached Neelganga. 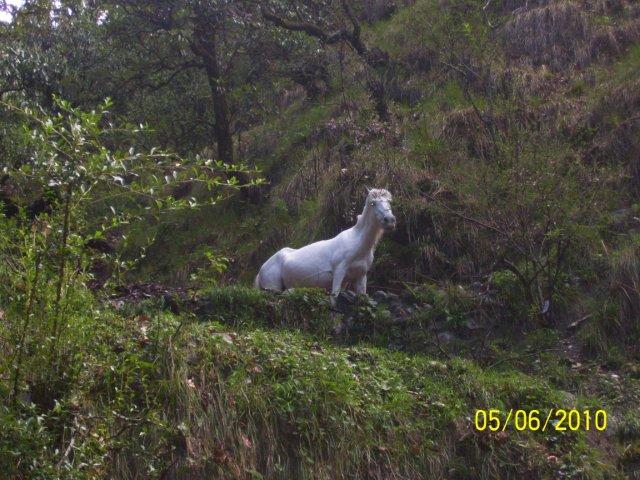 The camp site was just awesome.We immediately erected our tents and then started bathing in the free flowing Neelganga river.The night was enjoyable with playing cards and some songs.Next morning we started for Waan .We reached Waan and hired a jeep for Lohajung Guest House.After reaching Guest House we had a good meal and satisfying sleep.We returned via same route to Delhi through Gwaldum,Kosani and Haldwani.Thus ended one of the most memorable trips of my life.

P.S. Show some concern and respect for the environment.Don’t use plastics and make sure you contribute to the preservation process.

Trek to Roopkund:The Skeleton Lake was last modified: May 2nd, 2020 by Shantanu

Hello People, This is Naman, back again & this time I’ll take you on a journey to Mysore. I along with my family toured…