I am P.Venkatachalam. This is my first post on Ghumakkar. For this Pongal holidays I and my wife started out on a trip to areas in and around Kanyakumari. I took a train from my town Tiruppur(in Tamilnadu) to Nagercoil, the town nearest to Kanyakumari. Because of the Pongal holiday periods, I could not get a train on the shortest route possible from Tiruppur to Nagercoil, ie through madurai. I could only get a booking on the Kerala bound trains which travel throughout the length of Kerala and end up in Kanyakumari. The journey started at 23.15 hrs from Tiruppur on 13th January and it took almost 13 hours to get to Nagercoil.

After this long journey through beautiful locales of Kerala, I booked a room at Pioneer Paradise, a budget hotel at Tower Junction, the heart of Nagercoil town. That afternoon, we took a bus to Suchindrum temple(just 6 kms from Nagercoil town) and reached there around 4 pm. It is a very famous and old temple and it took around 1 hour to fully cover each little shrines inside. The main diety is opened for darshan around 5 pm in the afternoon session, and we had a good darshan along with lots of North Indian devotees. A temple guide also brought out the sounds from the musical pillars situated inside the main darshan hall. On the whole it was a fulfilling experience. 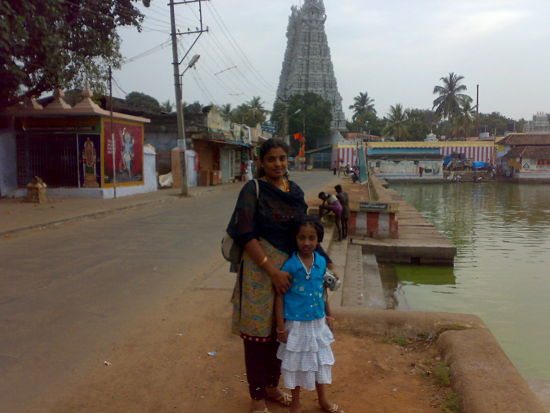 We came back to Nagercoil town around 6.30 pm and went straight to the famous Nagaraja temple which is right in the heart of the town, just in time for the evening puja. It is one of the famous landmarks of the town(I heard later that the town actually derives its name from the name of the temple). We had an excellent dinner at Ariya Bhavan, just opposite the Anna Bus stand.The food was very tasty and the prices too were not too high.On the way back to my room I made arrangements for the car to travel to the nearby places the next day.

We started early the next day by our Ambassador Car (Tata Indica which I had wished was rarely seen in Nagercoil) and headed straight to Pechiparai Dam, which was a 55 km drive from Nagercoil. We took the Boothapandi route and the lush green fields and the towering ghats were a sight to behold early in the morning. We stopped enroute to have a closer look at the Rubber Estates and the freshly flowing white juices from the tree stems being collected in cups attached to the trees. We reached Pechiparai Dam at 10am and already there were crowds starting to build up. We were disappointed to know that there wasn’t any boat rides in the dam. We had to be satisfied at the sight of the reservoir filled to its brim. After a short stay at the dam, we headed straight to the famous Thirparappu Falls some 20 kms away. We reached the falls around 11.30 am and had a wonderful bath for almost 45 minutes. The exertions in the waterfalls had made both of us very hungry and we decided to have our lunch at a small hotel near the falls. We were lucky to get some Chicken biriyani and some fried fish, although the cost was a bit on the higher side for such a small place.

Our next stop was the Mathur Thottipalam(Mathur Canal bridge), half an hour drive from Thipparappu falls. This is a very interesting place, where you can see an almost 400 metre bridge constructed across a river, to transport water from one side to the other. The water flows through a roughly 3 feet pathway at the top of the bridge and there is a walkway alongside, where one cross the bridge on foot. The views from the top of the bridge of the surrounding greenery, are amazing. It is a must watch spot. 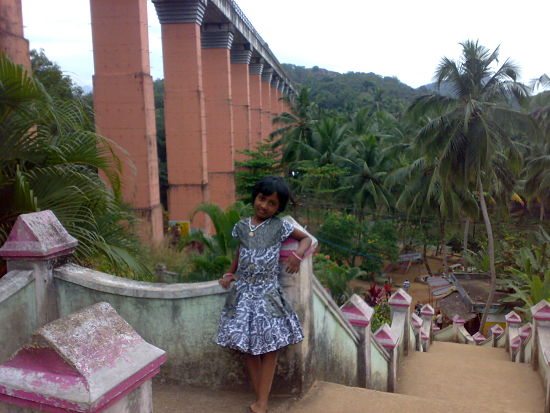 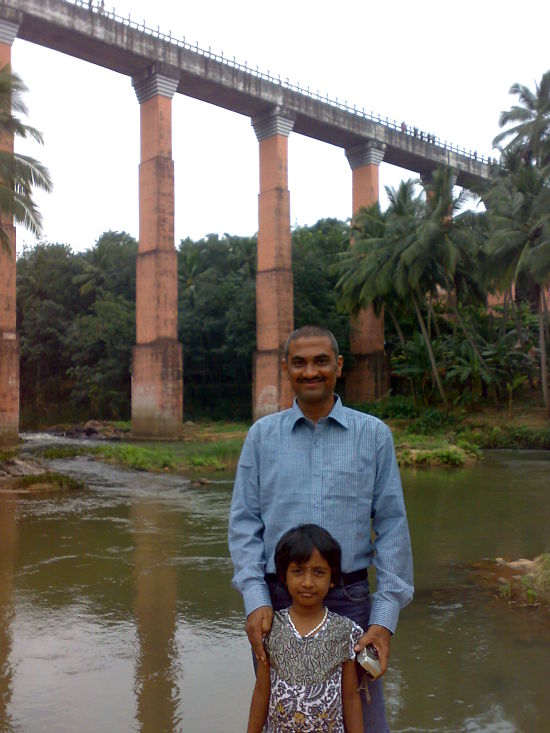 From Mathur, our next destination was the Padmanabhapuram Palace. But there was disappointment in store for us at the palace, which was locked because the Kerala government had declared a holiday to mourn the victims of the Sabarimala Stampede tragedy the day before. The palace though situated in Tamilnadu, is administered by the Kerala government and revenues from tourism is shared between the two states.

Our next stop was Kanyakumari to watch the sunset. But since we had some time in our hands because of the Padmanabhapuram Palace holiday, we took a detour before Kanyakumari to have a glimpse of  Vattakottai fort, some 6 kms north of Kanyakumari. We reached there 20 minutes before the official closing time of 5 pm. And we were really very happy to have made it on time, to see this little known but wonderful place with stunning views of the sea from three sides of the fort. There was also a neat little beach adjoining the fort with a view of the windmills in the distance. 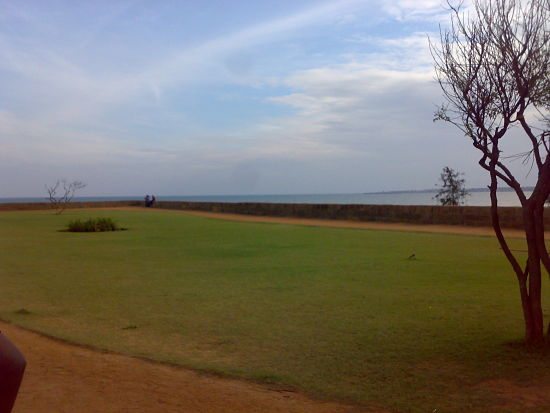 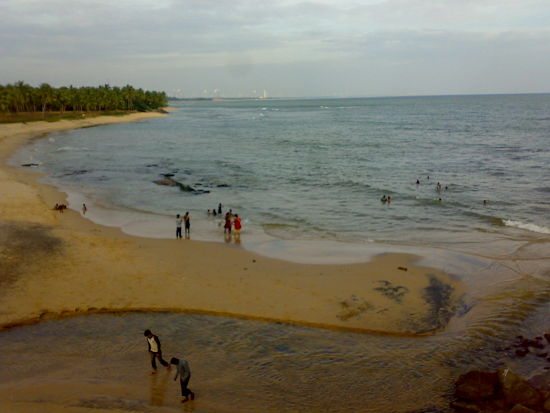 After this pleasant experience, we speeded towards Kanyakumari and reached Sunset Point at around 5.40pm. The whole town was crowded with thousands of Sabarimala devotees. I heard from the locals that even non-descript hotel rooms were going for 1500 to 2000 rupees for a 12 hour night stay. We were very glad that we were going to be at the town for just the Sunset. After watching the sunset, we came back to Nagercoil, had our dinner and returned to our hotel at around 8pm. The cab fare for the day’s travel was 1600 rupees(approximately 160 kms travel) which I thought was pretty reasonable. 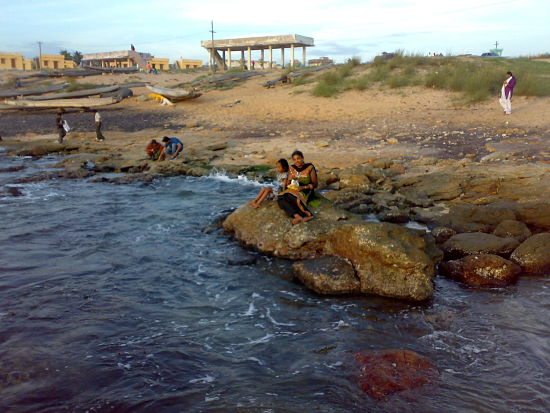 Since my return journey was at 11 am from Nagercoil, I decided to do some purchases before that in the local garment shops and returned back to Tiruppur after another long journey of 13 h0urs(again through the extened Kerala route) .

TOUR TO NAGERCOIL was last modified: April 6th, 2020 by Venkat