I am sorry for not posting for a long time. Actually I have shifted from Corbett to Tadoba in last year August in a new Resort in Project stage and commercial operation started just from 15th May’2011. Before starting my experience at Tadoba , let me give you a brief idea about Tadoba National Park.

The unique ecosystem of Chandrapur district in central India, a quick 2 hour ride from Nagpur city, is home to the Tadoba-Andhari Tiger Reserve. Affectionately regarded as ‘the Jewel of the Vidarbha’, the reserve is spread over 625 sq kms of rich woodlands. Out of that, 116.55 sq kms is designated as Tadoba National Park, while the Andhari Wildlife Sanctuary is spread over an expanse measuring 508.85 sq kms. Tadoba became a ‘National Park’ as early as 1955 and was notified in 1993 as a Tiger Reserve.

Opulent biodiversity that includes a healthy tiger population, virgin forests, indigenous tribal culture and eco-sensitive tourism are some of the attractions of Tadoba. For visitors, wildlife safaris, nature picnics, adventure treks, sunset walks and endless hours of wildlife photography can provide for memories to last a lifetime. 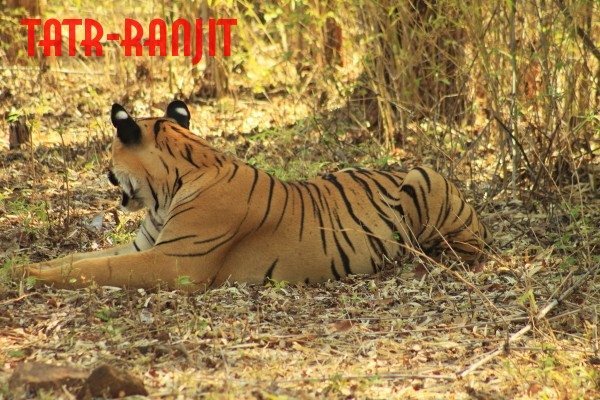 As per legend, the tribal God ‘Tadu’ died here many years ago while fighting a tiger, thus giving birth to the name ‘Tadoba’. Tadoba boasts one of the highest tiger densities in India and matches that with amazing biodiversity hosting more than 200 species of birds. Compared to other parks, Tadoba is less commercialized, making for moments of privacy hard to match elsewhere.

Now lets starts my journey from reaching Tadoba then Jungle and sighting exprience. It was Mid of April 2010, when I receive a call from my present company (privacy maintained) that they are coming up with Resort at Tadoba and If I am interested then a meeting to be finalized at Gurgaon. Before this I have never heard about Tadoba but though I was willing to relocate so I went for Interview and decided to shift to Tadoba. Due to project work, I really did not get time to visit the Park.

The distance from the entry gate of Park is only 200 mtrs from our Resort, so I planned for a afternoon safari. I was surprised to know the charges of entry fees , it is only Rs.20/- per person and Rs.50 /- per vehicle entry fee and Rs100 as Guide fee, so cheap. Any way I also took 3 of my staff along with me. We met our guide- Mr.Mangesh (a young aged 20 yrs) at the entry gate. One poor part , the guides were not so well trained but they are good and honest.

We entered the Park at 3:45 P.M and crossed Jamni village (3 Kms from the Entry gate) at 4:15 P.M. Now let me tell you about the Jamni Village. This village is situated inside the park and in core area with the population of 340 . We also came to know that the village will be resettled outside the park which is badly needed. I wondered to see the villagers working in their field , ladies busy with their cattle, its scared me how they are residing in side the jungle. One very interesting truth, that there were so many Tiger-Man encounters in adjacent village of the Park, but no such incidents happen at Jamni even being in core area. First our guide took us to so many places inside the jungle. At one place we saw one monument of a Japanese Girl died due to an accident. I never seen such a good road inside the park. 40% of the forest dominate by Bamboo its everywhere. First we saw Wild Bison crossing the road, then Sambhar, Spotted Deer , Wild Boar, Lemurs, Nilgai (so far could not be able to take a photograph), peacock on a tree, but we were tracing Mr. Stripes. Finally we saw one male tiger sleeping at katejhari( Place named inside) , huge one with good health. 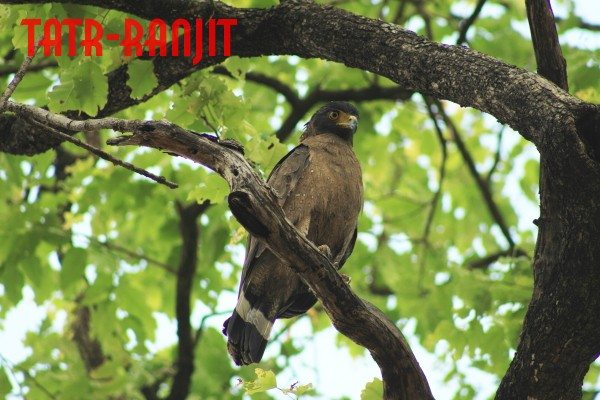 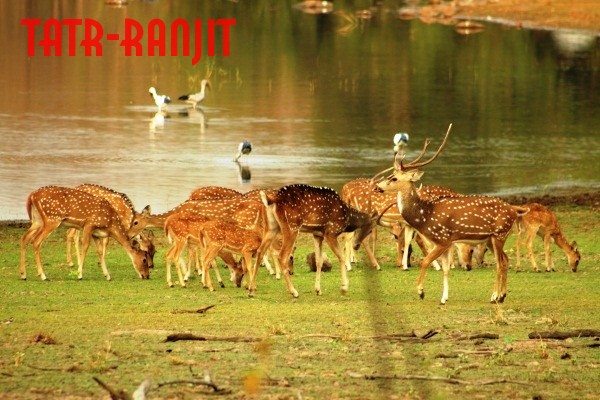 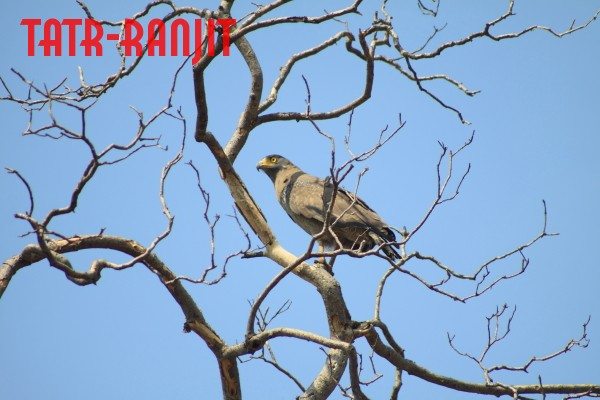 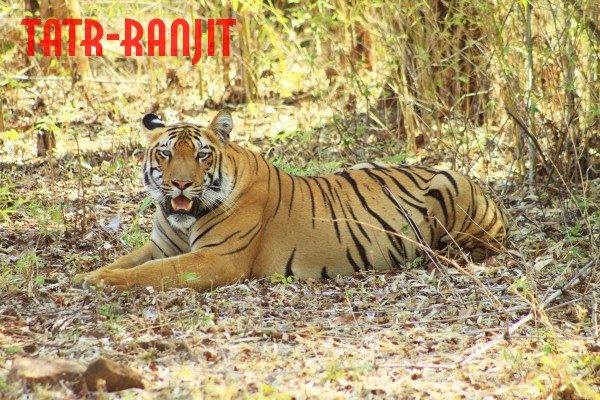 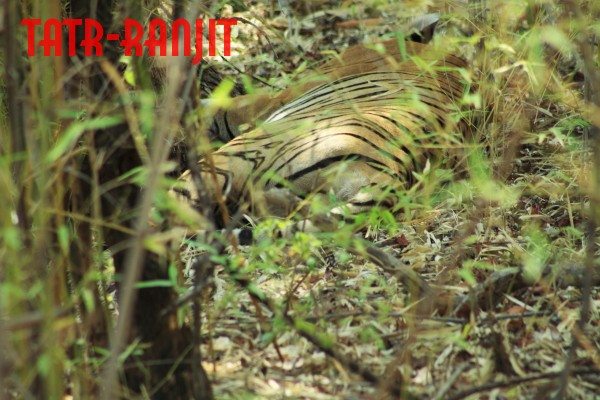 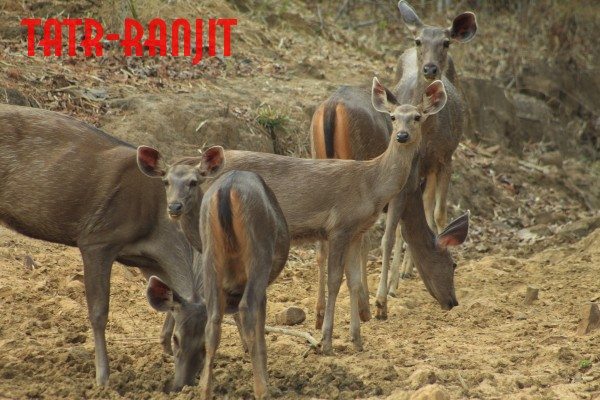 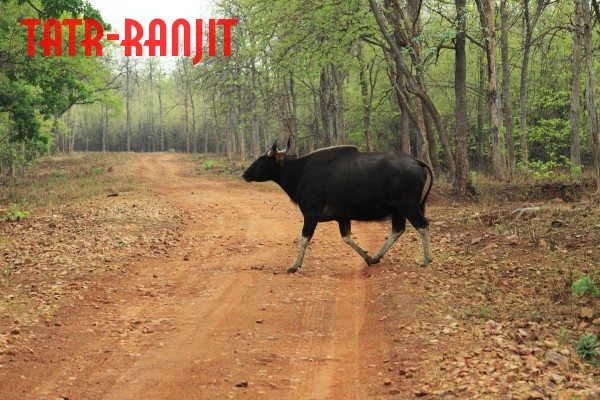 We were excited and we heard other people discussing that the Tigress with 4 cubs at Yenbori (Place named inside) is not spotted from last 3-4 days, otherwise in the evening between 5 to 5 :15 P.M they were always seen. I have spoken to our Guide Mangesh he also told us the same story. I asked him lets go Yenbori. When we reached there we found aprox 7-8 vehicles are waiting there , we also parked our vehicle. It was around 5:30 P.M our guide told us that the family(Mother +4 Cubs) must have shifted to some other area and we should also go some other places. By that time all the vehicles which were waiting they also moved from Yenbori. But my Driver Mr. Gulab told us lets wait for another 5 minutes then we will also move and though we have already spotted a male tiger at Katejhari, so we will go back to the Resort. We agreed and waited for 10 minutes more , then finally asked the Driver to start the vehicle. And the moment he start the vehicle, he screamed Sir watch watch 1 cub is coming down from the bamboo bush. Oh Gr8 I aksed him to stop. It was a water pond and we were waiting at opposite bank, then after 30 seconds the 2nd cub, then 3rd cub and 4th cub came down for water.We were just thinking where is the mother and after 5 minutes Mrs. Stripes came down. It was awesome. The most interesting out of the 4 cubs 2 of the cubs came near to our vehicle playing with each other. We were really amazed,I went to so many parks but I never experienced this kind of sighting anywhere.

It was really a good experience which will remain in my memory forever.

For any information about Tadoba feel free to contact me at ranjitmandal@gmail.com

Since we have visited Bandipur National Park, Karnataka, my daughter has named everyone on the animals, e.g. Myself “Dinasour”, my daughter Navya “Baby Dianasour”,…