On 20th May i have decided to make a visit to badrinath & Kedarnath Dham. On 2nd June ‘2010 i have started from ramnagar (nainital), famous for Corbett national Park for Badrinath Dham. It was a wonderful day and at 6 A.M we have started from Ramnagar and reached Karnprayag at 1 P.M there we had our Lunch at Hotel Parkdeep and proceeded further and reached Joshimath around 4:30 P.M,but there were tremendous traffic jam and we stucked there for around 1 hour and finally we reached  badrinath dham at 7 P.M. , the weather is quite chilling and it was very cold there so,we planned to check in to Hotel and finished our dinner by 9:30 P.M and went to bed. 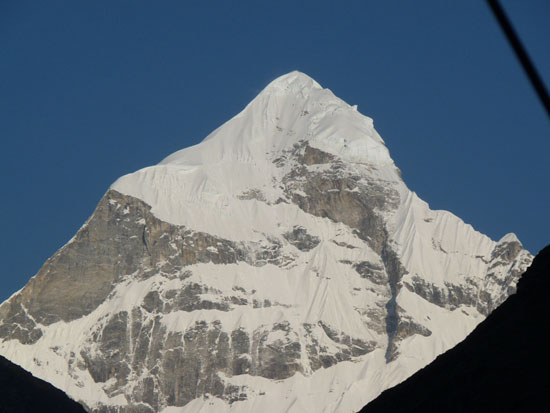 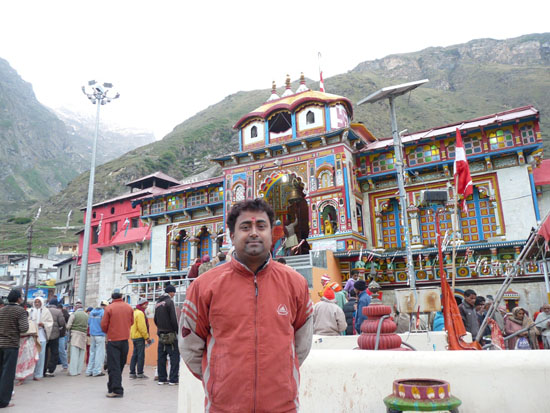 The temple is  very beautiful we had a very good darshan as Mr. Bhupender (Temple Officer) helped us as he was known to one of our friend’s father who is Accounts Officer at Kedarnath. 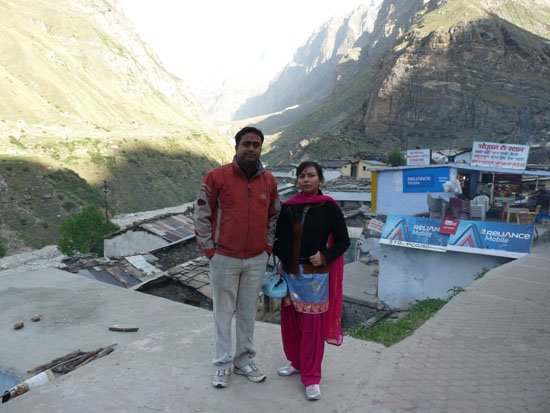 After that we went to India’s Last Village “Mana” , good people, nice village there we met Mr. Dev Singh an oldest person of that village aged around 87 years and we had tea together at Last Tea Shop in Indian Territory. 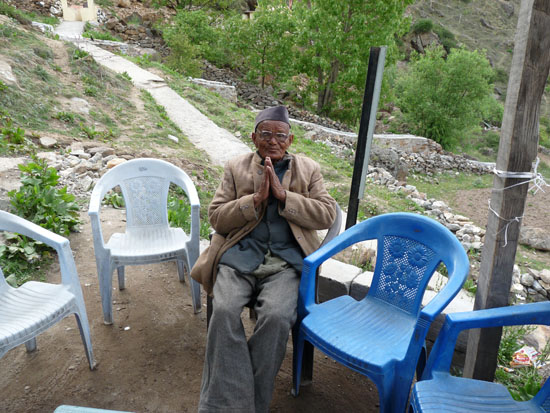 We have discussed so many things and he informed us that in winter they (all villagers) move to Chamoli.  He also told us that when he was young they used to go to Tibbet (just 40 K.ms from the Mana Village) for selling crops and in lieu of crops they used to bring cattles from Tibbet but after 1962 (as informed by him) they were not allowed to go to Tibbet due to political differences between China & India. At mana, we have visited Ganesh Ghufa, Vyas Ghufa, Chamunda Devi Temple, Bhimpul etc.

it was really a wonderful experience. By 9 A.m we left Badrinath Dham and proceed for gauriKund but unfortunately my friend’s wife got sick and we admitted her at Gopeshwar Hospital. I was really surprised to see the services of a Govt. Hospital and she had been discharged at 8 P.M and we stayed at GMVN rest house at Gopeshwar. 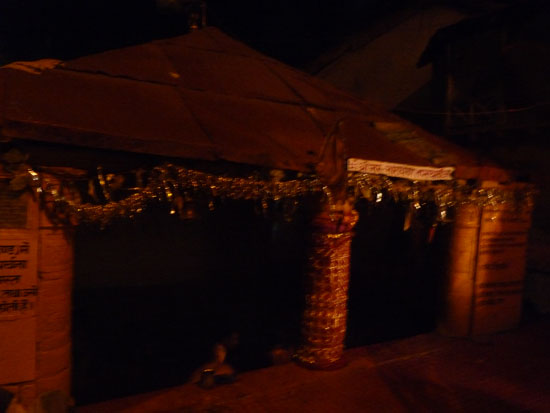 The one thing we could not forget the dal Tadka we had at GMVN Restaurant (Thanks to Friend’s wife for getting sick at Gopeshwar). 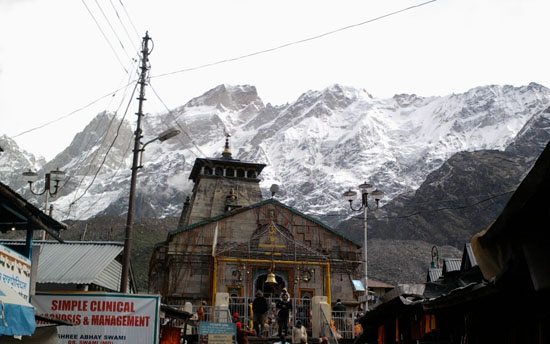 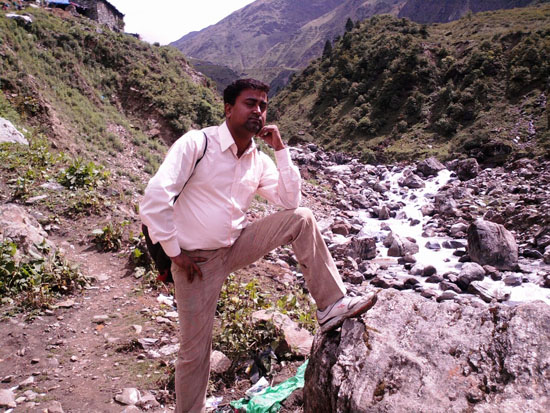 Thanks to my Friend Sanjay and Diwakar Uncle(Sanjay’s father), they made a very good arrangement for us and booked Temple Rest House at Kedarnath Dham also. We freshed up and uncle called us for Aaarti Pooja of the temple we went to the Temple for aarti pooja from the V.I.P gate. At 11:30 P.M uncle told us to attend Maha abhisek Pooja (Special Pooja) when the rush of general Visitors finished. We went to the temple and did Maha Abhishek Pooja at 11:30 P.M, it was again awesome. 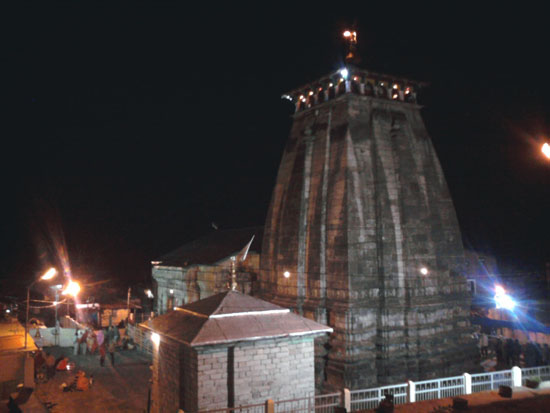 This could not be possible without the help of Diwakar Uncle. At 12 A.M we had dinner at Temple’s canteen. Next day on 5th June we thanks to Uncle for arranging all the things complimentary for us and he gave us special Prasad and Dhoti. 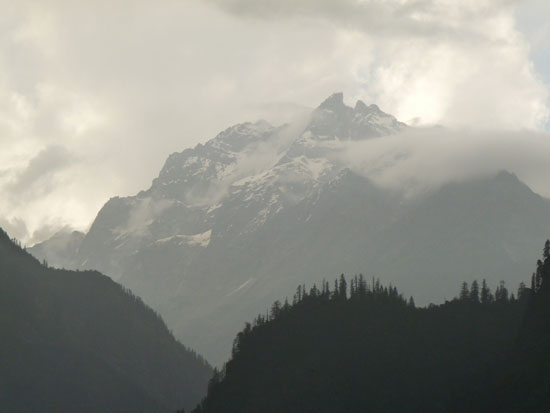 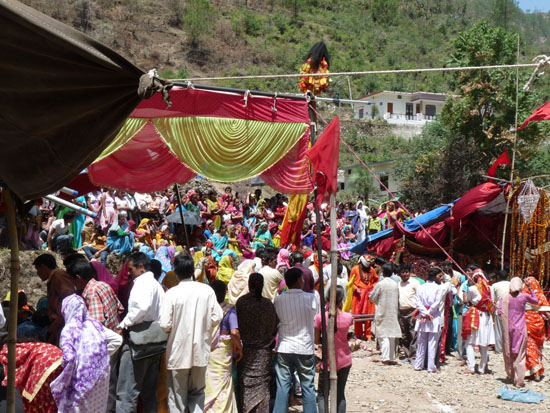 We started walking down from kedarnath at 9 A.M on foot and reached Gaurikund at 2 P.M collected our luggages from Rest House. We were so tired and severe pain in our legs as we walked aprrox 20 K.ms (both way). But we started our car from there and reached Karnaprayag at 7P.M and stayed at Hotel Mountain View. Next day morning after breakfast we have started from karnaprayag and reached Ramnagar at 7 P.M. This is a short story of our Do Dham yatra. But heartilythanks to My friend Sanjay and Diwakar Uncle. My memorable experience of Uttarakhand as I am saying good bye to Uttarakhand on 1st July and going back to my own home town Scotland of east, Assam.

This is the location where all the functions (India’s prestigious award given to its citizen) take place. This place is called the Darbar Hall, the celebration hall of the Rastrapati Bhawan. The hall was situated just below the Gombuz (Doom), which we see from the long distance.