I love Islands and Island stories. My fascination for islands started with a small Children’s Picture book version of Robert Stevenson’s “Treasure Island”. As I grew up, stories of the uber rich owning private islands in the middle of the verdant blue Pacific fired my imagination. That “I must own one some day” syndrome has already started showing signs within my psyche . Not that I have gone anywhere close to achieving it . “Huzoon Dilli Durast”. Dilli is far off. To atleast live the Great island dream, I island hop whenever I get a chance. Islands like those mentioned in Treasure Island have a special charm about them; filled with dense vegetation, small hills all around ; probably remnants of a volcanic past , parrots of different hues, coconut trees , sea facing huts of fishermen colony beckon me like nothing else . However crass commercialization has stripped off most island destinations of these sights and scenes. Most of the famous island locales have become “French Riviera’s”. It was thus a pleasant surprise for me when I came to know of St.Martins. Located about 10 kms off the extreme Southwestern Tip off mainland Bangladesh , bordering Myanmar, St.Martin’s is a tropical island paradise. The whole island is filled with corals, thus the name “Coral Island”. Miles and miles of untouched Coral Shoreline , the sun ,the surf , flora and rare sealife is what St.Martin’s is all about. The whole island is not more than 8 square km, shrinking to about 5 square km during High tide. Home to about 7000 people, mostly fishermen, this island doesn’t have a electricity supply yet.

The Ocean, Bay of Bengal to be precise, in and around the island is an amazing deep blue hued sometimes taking shades of emerald , very much like the Atlantic.

The Pacific Blue waters of Bay of Bengal @ St. Martin’s 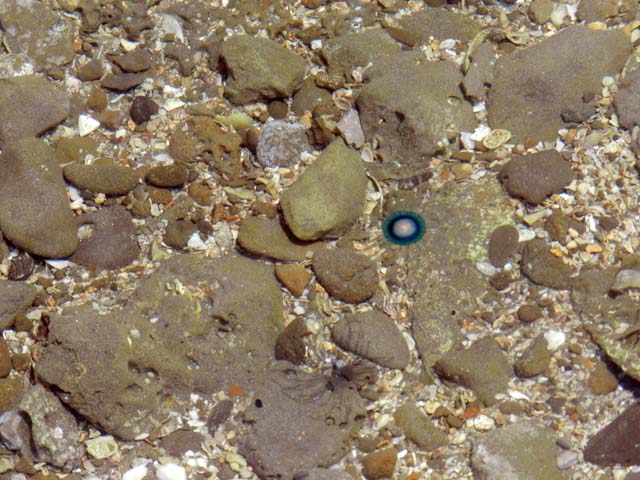 Crystal Clear Waters of the Bay of Bengal

The ideal time to visit St.Martin’s is between October to February. Post these months, there is always the danger of cyclones getting you stranded on the island , or your steamer being rocked violently on turbulent seas. We arrived at Cox’s Bazar , boasting of the worlds longest beachline – 125kms from point to point , on a sunny April end. Braving such fears and the warning of well meaning locals, we decided to make the journey upto St.Martins. A bus takes the travellers to the last bit of Bangladeshi land called Teknaf. From Teknaf a 2 hour Cruise journey takes you to St.Martin’s. This Journey Sure is Fun!!! Our cruise was quite romantically named the “Keari Sindbad”. It was the biggest and best in its category. Usually there are about 4-5 steamers that operate in this route during the tourist season. Being off-season , with the flow of tourists having reduced to a tickle , the other steamers were out of service. Having seated ourselves comfortably in the main deck, it was time for a recee of the Cruise. A two storeyed liner, not ultra – luxurious , it was filled with young couples, some of them probably on their honeymoon , middle aged potbellied gentlemen and elderly ladies, comprising of the neo-affluent Bangladeshi middle-class. The Diesel engine struts to life, spewing out black smoke,the only eyesore in such peaceful and virgin environs, there is a Public announcement system welcoming you on board and briefing you about the journey. The steamer will speed up the River Naf which flows between Bangladesh and Myanmar, arrriving at the Delta of the River , thence it will be a rolling journey up the Bay of Bengal till the Coral island is in sight.

The Naf river rises in the Arakan mountain ranges of Myanmar, thence it flows through Myanmar and Bangladesh. Akyab in Myanmar is on its left Bank, Teknaf in Bangladesh is on its right bank. Outside the famed Sundarbans, the river is home to Sundari trees . Flowing between mountain ranges, dotted with little fishing boats, Silver Hued and wide as the heart of a Saint, the river was in true sense the “Daughter of the Mountains”. As the boat cruised through the Naf, Myanmar came into view, the 36X zoom of my Nikon P-500 revealed a beautiful land nestled at the foot of sky kissing Mountains and dotted with beautiful pagodas, but fenced with tall barbed wire fences all through. It was a reminder that this was a country which is warning the entire world , “Keep OFF”. Cut off from the world for the last 24 years , Myanmar is an enigma in itself. We are all awaiting the day when Myanmar will be opened up to the world at large and tourists would flock back to this lovely place.

The journey upto the delta of the river takes around 30 minutes. The smooth ride now becomes rather rough. The steamer starts rolling, “Welcome to the Ocean”. The waves play with the boat as a small child plays with his toy boat. The silver colour of the river is replaced by the deep blue and emerald green shades of the Bay of Bengal. It is a rolly ride upto the island. People with nauseating tendency should take adequate precaution on such journeys.
The Boat drops us at the main Jetty located at St.Martin’s Bazar.It would be docked there till 3.00 PM in the afternoon. Passengers returning from the Island would need to board the steamer by then. Since we didn’t intend to stay back, we had much to do within a couple of hours . 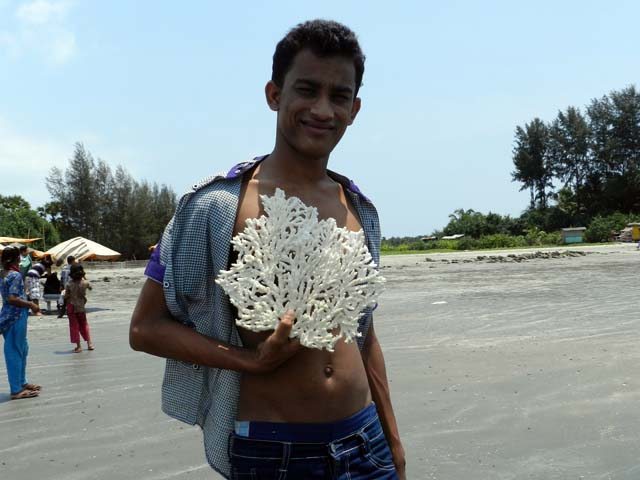 In such circumstances it is best to go with one of the numerous Flatbed Cycle rickshaws ; these anyway are the only mode of transport inside the island. Well decorated, with flat seats that will accomodate 3 people comfortably , these colourful rickshaws are unique to this part of the world. We were taken to a beach on the Western End of the island, very near the cottage of the famous Bangladeshi writer Dr. Humayun Ahmed. Even for those who have been to some very exotic beaches around the world, this beach would seem stunning. White as moon beamlight, filled with Dense Keya bushes , dead corals strewn all around ; some of them millions of years old ; here was something closest to the Beaches of “The Lonely Planet”. Miles and miles of sandy beach devoid of merry making holiday crowd, water as clear as a crystal revealing the bosom of an ocean filled with corals and jellyfish, here and there a wooden boat just back from overnight fishing, fishermen proudly displaying their Catch , tiny picturesque sea-side huts of fishermen; these sights regaled us . Weary travellers running away from Overhyped and over-crowded travel destinations would find St.Martin’s to be a welcome break.

Time constraint forced us to skip a few interesting to-do’s. The biggest attraction of a night stay at St.martin’s is the night sky. On a moonless night sitting under the sky, with the small generator powered light sources shutting down within 10.00 PM, the traveller is greeted by a spectacle so unseen in big Metro cities. The Canvas of the sky is painted with countless stars, it seems as if the sky will collpase due to the weight of millions of diamonds embedded on it. You will surely be blessed by this sight, the ill effects of long city life , will be cured. You can also witness spectacular Sunrise as well as sunset .In and around the island are many sights to choose from. There is a Sea Turtle Hatchery on the Western Side of the Island. Scuba diving enthusiasts can go Scuba diving near the southeast end of the island . Chera Dwip is another small island near St.Martins which is accessible during low-tide only. For foodies there is plenty to chose from , Lobsters, Prawns, Fresh Sea-food. Try out Shahina Restaurant in the main Bazar area . It serves some of the best sea-food in the Island. 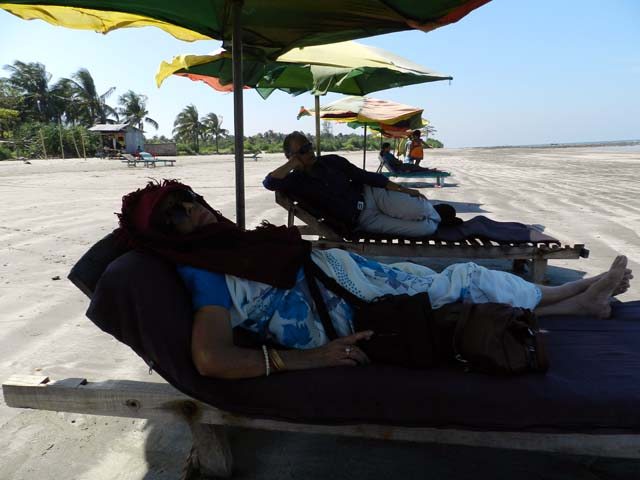 Chill out at the Long stretches of an Unspoilt verdant Beach – Priceless!! 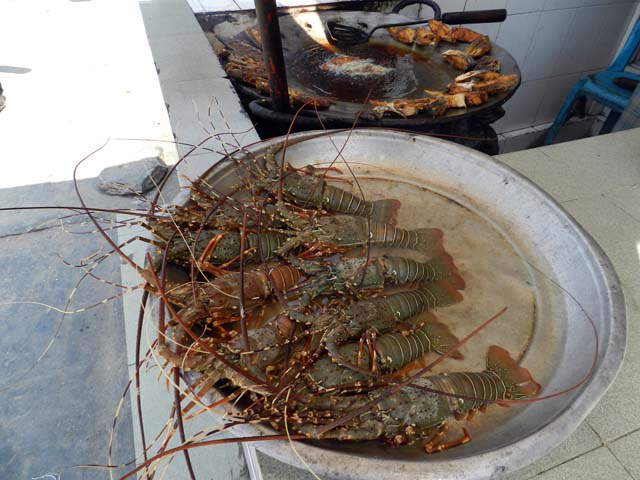 The day was drawing to a close. The steamer started is journey back to Teknaf. As I looked back at the fast receding shoreline of St.Martin’s, I pondered whether this island would be still around when we are back. The future looks bleak for such Island paradises. With a fast rising Ocean level, many of them would be just fables like Atlantis. The time to act is limited and the work to be done is enormous. But each bit counts. After all “The Journey of a thousand mile begins with a single step”.

A person driven by intense wanderlust, an IT Engineer by profession, working only to pay my EMIs, travelling and writing to keep myself alive.

We reached Shasta around 3.30 pm. It is a very small town and I must say a weird place. The downtown market had numerous gift shops but unlike any other place, these gift shops were actual selling crystals and angel miniatures.