My vacations were starting and we were going for our yearly trip to London, except that this time it was going to be much more than that. We had planned on making London our base, and then go exploring other parts of the UK.  Scotland, Lake District and Manchester topped the list of places to definitely see this time.

We managed to visit all three, and it was a wonderful experience, of which I will be telling you later. First, we had to get there.

We left home at around 5 in the morning, the flight was slated to take-off only around 8:30 am, but we wanted to reach early, and you know, relish the whole atmosphere, the feel of it all.

We reached the airport, I grabbed those big luggage trolleys and without fooling about (unlike last year, as avid readers would know), brought them to my parents. We loaded them up and off we went, getting the ball rolling for London 2012. 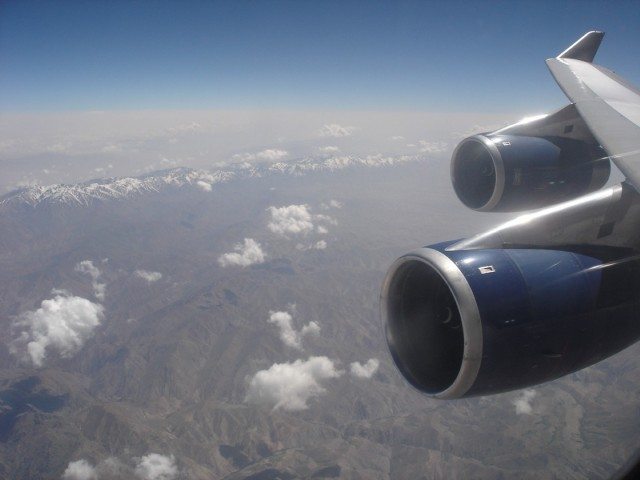 Our flight was to leave around 8:30 am, so we started walking towards the gates by 8 itself. It was a long-ish walk, and sure enough, they had those flat-escalator thingies that people were walking on. What perplexes me is why one would walk on it anyway? I mean, why would you want to move parts of your body when a machine is doing it for you? It goes against everything we’ve worked towards in the last 200 years. Now, the whole notion of not having to walk that whole distance was a rather comforting one indeed, but since my mother thought we were getting kinda late for the flight, she made me walk on those things anyway, and apart from the part where it went against my fundamental beliefs and principles to walk on one of those things, there was another little bother. I had been given the strolley to lug around, and the sound it made when being wheeled on the walkway thing was, well, god-awful, to say the least. And so, every time I moved on the walkway with the strolleys screeching behind me like no one’s business,  it felt, well, embarrassing, to say the least. 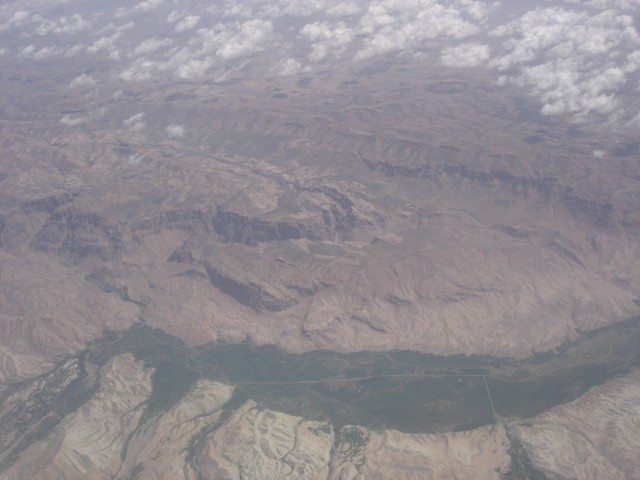 Anyhow, we finally got to our gate and realized we were one of the early ones, and so we all occupied a lounger each (the ones right in front of those huge windows through which you could see the nose of the aircraft), and waited for boarding to start.

We finally got in, were greeted and directed to our seats. It was a relatively empty plane, and so after some time we generally spread out and sat wherever we felt like. Our plane had the whole entertainment-on-demand thingie, not just the system where movies and TV shows were played simultaneously so that you could only watch two movies max. This probably wasn’t new, but since I was flying after a year it was new to me. This time we had all the movie shows to choose from, and I ended up watching two movies and about four episodes from different shows in the course of the flight. I had changed out of my jeans into comfy track pants, and the only time I was required to move was to get myself food. So yeah, it was a good life for the next 7 hours.

This was the second time that we were going to be flying to London in the daytime. The view was so much more exciting – we saw snow clad mountains, rivers, vast empty spaces and lots and lots of clouds. We had a nice time guessing which part of the world we were over and then cross-checking with the monitor tracking the progress of the aircraft. 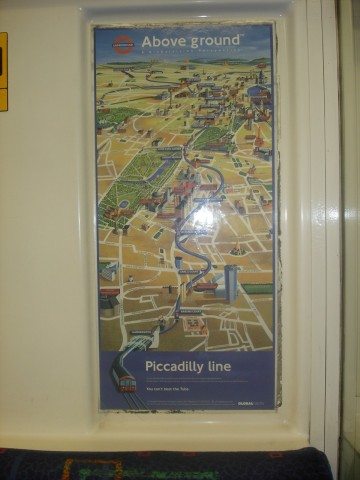 As usual, by the time breakfast came I was too stuffed with snacks from the larder, so I skipped it and continued with the movie-watching. When finally the time to land approached, I switched off the TV (okay, it went blank on its own), and changed into my jeans, ready for touchdown in LHR (London Heathrow) and ready for London. I took a video of the landing, like last time.

We then disembarked our plane and proceeded to get the formalities out of the way. We landed in T5, and to get to the airport building we had to take this tube-kind-of-train. It was made of mostly glass and travelled at high-ish speeds between terminals. We boarded the train and reached T1. The Breakfast arrivals lounge had closed by the time we got there, so all we could do was get our Oyster travel cards topped up and make a move. The journey on the tube was pretty uneventful. We kept our bags between our legs and I dozed for most of the way. My parents looked out of the window, soaking in the now-familiar green countryside.  We changed tubes at Hammersmith (the best station to change between Piccadilly and District lines, because the two lines run parallel on the same platform, so one doesn’t have to climb up and down the stairs, but just walk across) and then it hit me – with the cool, almost chilly breeze – that we were in London. No more 42 degrees for two full weeks! 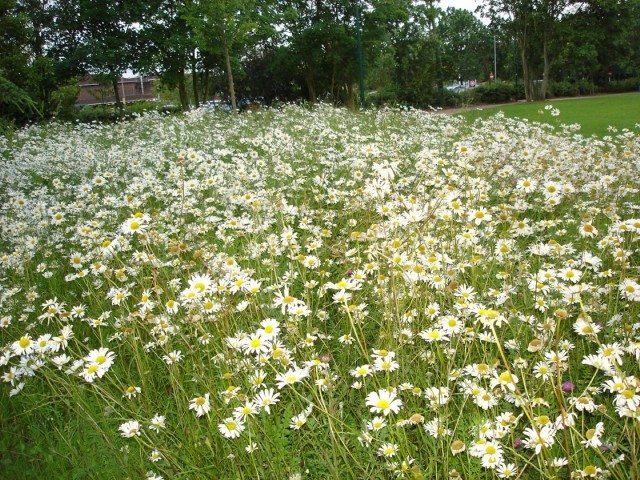 We reached Hornchurch and off-loaded our 3 massive and heavy suitcases from the tube, and lugged them up the flight of stairs to the exit. We then booked ourselves a taxi and headed home. Or, to be exact, Mausi’s home. It was hardly a ten minutes drive. We reached home by 5:00 pm and so that left us no time to go roaming about. Post saying our Hi’s to everyone at home, my mom went to unpack, while dad and I made ourselves cozy on the sofa and got down to watching football –  Portugal vs Croatia. We ate a light dinner, watched some more TV and chatted till late, bringing a close to our first day in London. 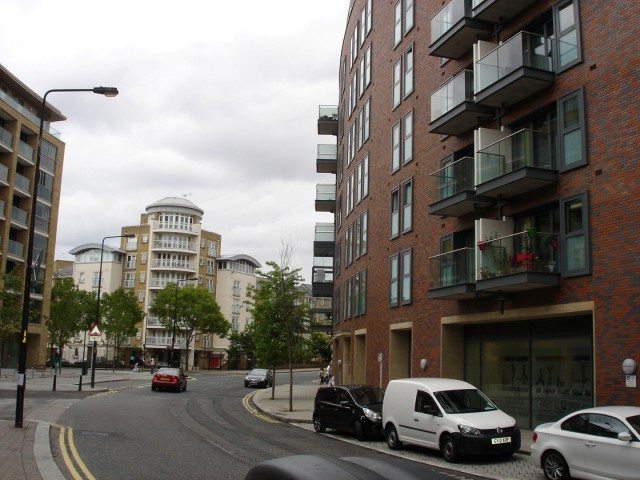 Getting to Canada Water

Over the next two days we researched, planned and booked our tickets to Scotland, Lake District and Manchester. My mom’s cousins and Mausi /Mausa ji helped us plan the travel. We were going to be using a combination of modes of transport – from cab to tube to train to bus. In the evening we went out to Tesco’s and stocked up on food supplies.

We woke up late the next day and enjoyed home-cooked English breakfast. The best thing about it was that there was less of cooking and more of grilling and heating. We spent time with Mausi/Mausa ji, and visited Aman in Canada Water. And of course, chatted till late and watched the football match.

The next day was reserved for our customary visit to the Taste of London food festival. My taste buds were already tingling in anticipation, and I slept with food on my mind. 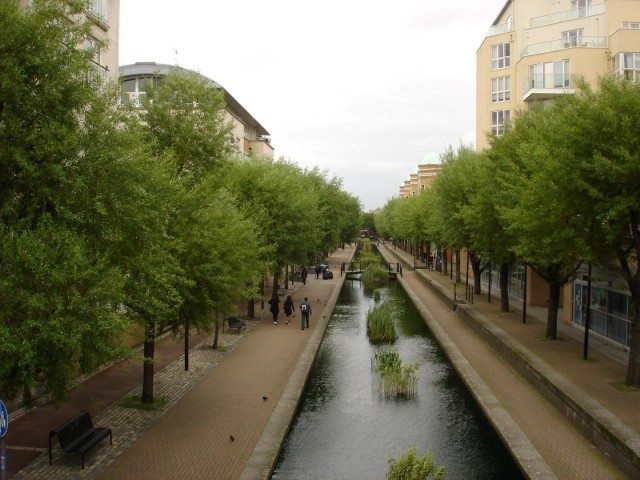 With green mountains on one side and the beautiful Beas on the other side, we crossed beautiful places like Bhunter, Aut and Pandoh. We halted for sometime at the very beautiful Pandoh Dam on the river Beas. This is basically the end of Beas river with us and it diverts towards Punjab. From there on we reached Mandi in another 1 and half hours. Mandi is a plane area and is not very cold. The sun was really on its peak, but then it’s a lovely small town. There are numerous Dhabas enroute and in one such Dhaba we had our lunch.

Another 30 minutes and we reached Sundernagar. At Sundernagar, we took the Shimla Highway and dropped the excellent Manali Delhi Highway. Sundernagar is also a good small town. Around 4 PM, we had already entered the Shimla District. And again we started climbing up. The roads in Shimla off course not to explain are awesome. It was drizzling slightly and the fog was dense. That was one adventurous journey through the hills.