Shrikhand peak is sited along side the Great Himalayan National Park of Himachal. It is in Kullu region, but near to Shimla. 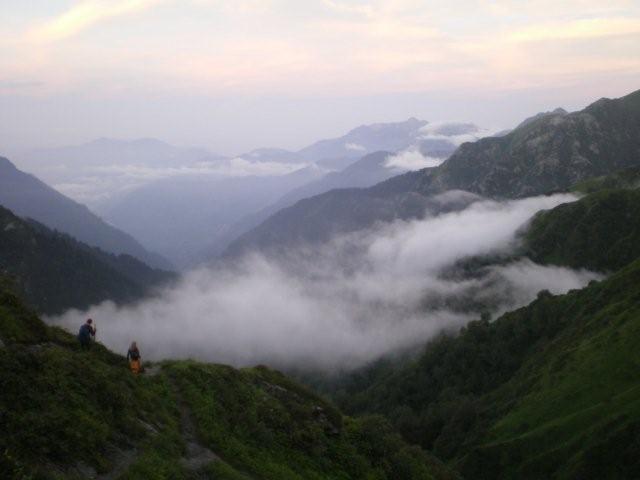 Shrikhand Mahadev, as localites use to say, is one of the adobes of Lord Shiva, who resides there. They worship the natural, rock-made shivalingam on the great heights of mountains. The shivalingam is 72 feets high and stands still at the mountain top, above 18,000 ft altitude. One has to go through many gorges, ravines, and beautiful valleys.

I have been there last year (in July, 2007). The place is actually open for just 15 – 20 days in summers between mid July till starting of August. Going uphill takes 3 days trapping a stretch of around 35 – 40 KM. Return can be done in 2 days. So you may have to schedule full week for such an expedition.

To reach Shrikhand Mahadev peak, one has to go to Shimla, and then to Rampur (140 KM ahead). From Rampur, one way goes to Sarahan and the other to Nirmand. While trekking, Sarahan route is little tough than Nirmand wala route. Another route is via Tirtath (but that too is unexplored – hehe). Himachal Tourism has a Hotel at Sarahan named The Shrikhand, named after the majestic Shrikhand mountain Peak in front of it. Sarahan lies on NH-22.

I went there last year with one of my friend. We had taken Nirmand route. The day we started I got little afraid as it was raining throughout the day and we just knew that the route is all a jungle one has to pass through. But with stiff determination for Shiva, Naresh said “Bamm Bhole – Om Namah Shivaya” and I got the message. We started moving up hill from a village. Up till Jaon, we has a cab from Rampur. After few KMs there was a langar organized by localites. We rested, had some food and asked them if we could move up? It was 3:00 PM by then and the next stoppage was around 10 KM far. It was a risk. But a couple that we met there gave us assurance that if we all go togetther then we will reach there in time. We agreed.

I still remember those 10 KM – complete exhaustness. It was tough, very tough. Steep 80 degrees height. Even a luggage of 5Kg on your back seems 25Kgs. We had dinner together. The cook charged Rs 40 for a plate of Rice, roti, Dal [cereals] and a subji [vegetables], but he looked more than satisfied while taking that money. We planned to move early morning so that we can reach next point in time. We hired blankets from the providers there and had a nap. In the morning we started again moving same steep hill. 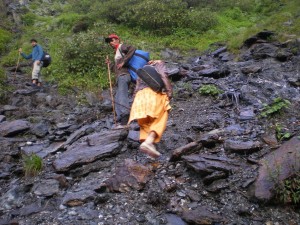 The moment we reached the ridge, I was tired. We were also out of water. And there was a deep narrow gauge ahead of us to move down. We filled out water bottles with the water that came out of soil. That is actually hard water with lots of minerals in it, but tastes great. Naresh helped me and supported to get that gorge passed, as it was quite slippery. Next we moved several hills up and down. That day we traveled around 22 KM. 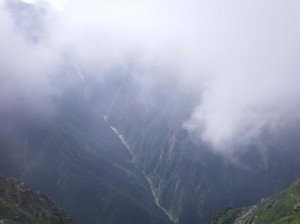 On the way we saw and the localite couple with us explained about various medicinal herbs. There is was – both shelter and food (langar). We talked to those servicing people, who were there just to service others. Preparing food, maintaining shelter, managing excretory system. Heads off to them. We had our breakfast and started again. When we reached a place called Nayan Sarovar, that couple had a bath there. People believe to have a holy bath at this small lake before visiting Shrikhand peak. Beautiful waterfalls and complete greenness that anyone would fall in love with. It was shivering as we moved ahead. 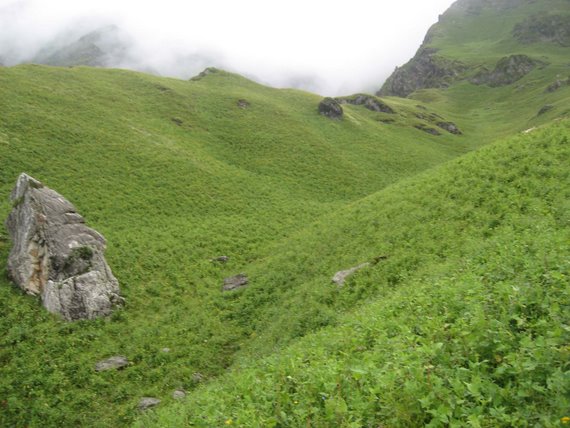 Last few steps (I mean KM) were dead end to me. But still I was moving without my effort – I dont know what was it. We quickly had a round walk around the shivalingam and moved down. Actually at such a height its very hard to stay for long time as it starts to have breathing problem.

We quickly moved down to the shelter (about 8 KM down). We had good chat with those men offering service. It was nice to hear of those spiritual talks. Next day we started early (at 5 AM) and moved down and said bye to that couple who helped us so much in this trip. Later on I took a bus to my home and Naresh left to chandigarh. This is all what i remember. Hope you liked it. Thanks for being patient. 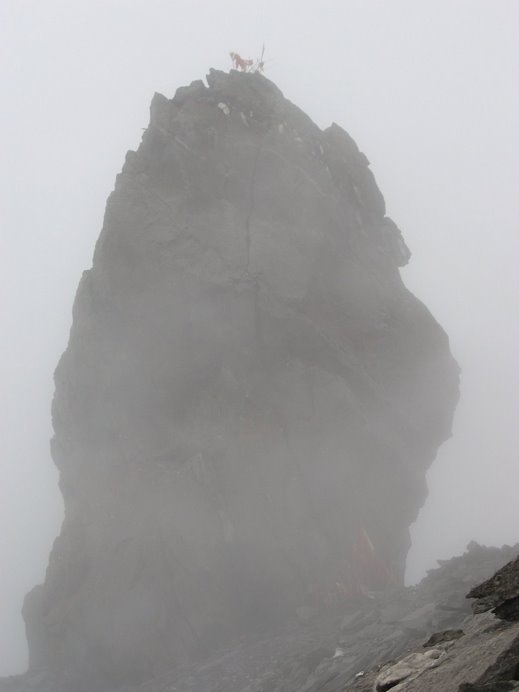 I hope I will keep on updating you all with lesser known Himachal places. click here to read more of my writings.

Relentless rain and flash-flooding kept us pretty much house-arrested for the first couple of days, after which, the sun shone. And, all of a sudden the wide ranges of Canadian Rockies appeared at the west horizon of the city of Calgary. The gloomy city is all set for a bright and warm weekend. We set out for Banff in my sisters’ car on Saturday morning.