A new day it was! Fresh morning and Andamans was all ready to surprise me yet again. I had already been in love with the place the very moment I arrived but, I knew very well that my love for the Emerald Islands would grow manifold in the days to come. The itinerary read ‘Day II: Three Island Tour’. 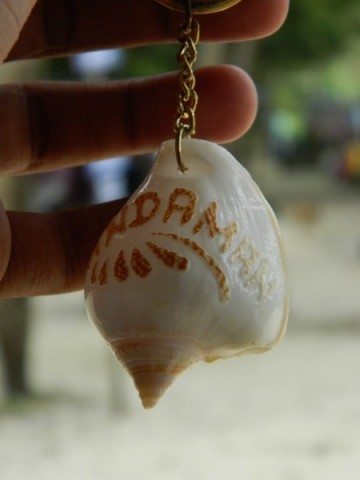 A keyring at a shop in North Bay

After a quick breakfast, we left our guest house at 0815 hours and were to board a ferry from the Rajiv Gandhi Water Sports Complex. As soon as you enter the complex you are surrounded by middlemen who try and persuade you to buy their offer. My personal suggestion is to walk away and go to the authorized stall. The standard rates for one person are Rs. 600 which includes the entire trip to all the three islands and lunch. 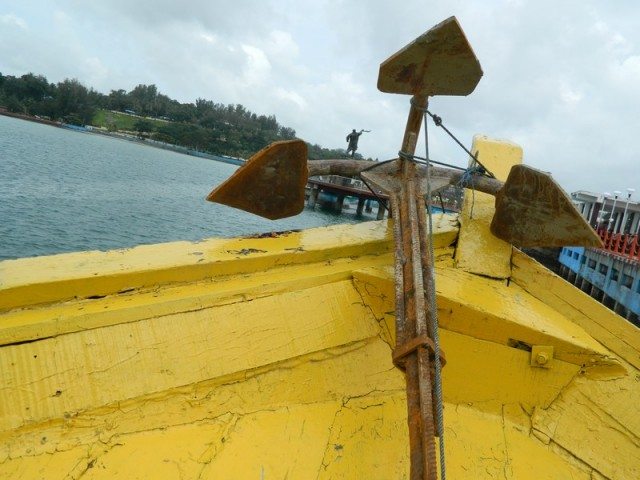 Always remember to carry your ID Card along with you as it is needed at almost every tourist spot in the Andamans. The ferries depart every hour and we were to go by the 0930 one. We were not offered any lifejackets and the ferry setup made me worry. Safety was on compromise but yet again one doesn’t have any another option. Recently, a ferry sailing from North Bay to Ross Island sunk and as many as 21 people died. Why can’t we follow safety guidelines rather than waiting for accidents to take place? As soon as the boarding began, I was the first one to step in and occupy the seat ahead of the wheel room. It offered an uninterrupted view and was awesome in every respect. We sailed off right on time and the first spot to be covered was the North Island. I miraculously entered the wheel room and took the opportunity to steer the ferry! Aye Aye Captain! 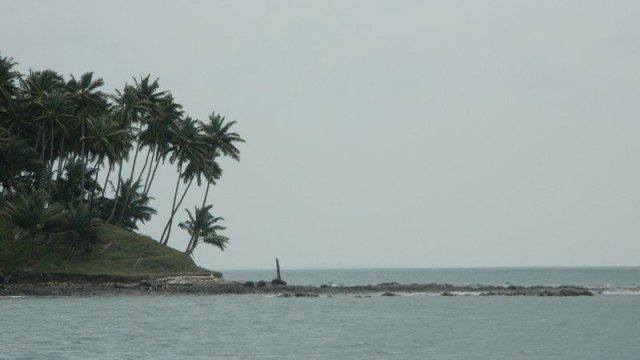 The mesmerizing view from the ferry

The ferry dropped its anchor in the open sea and we were transferred to small feeder boats. You will be offered to choose between the normal boats and the glass bottom boats. The glass bottom boats give one the opportunity to experience the corals. After you choose your boat you’ll be taken to North Bay. 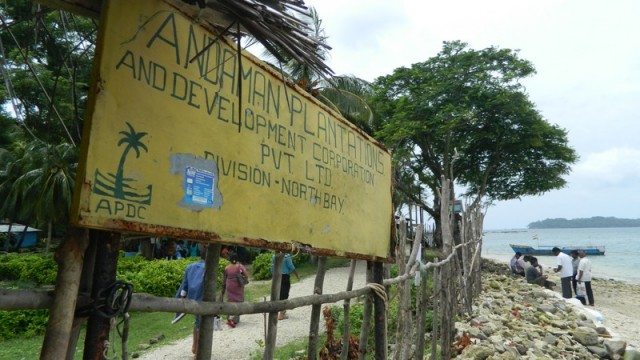 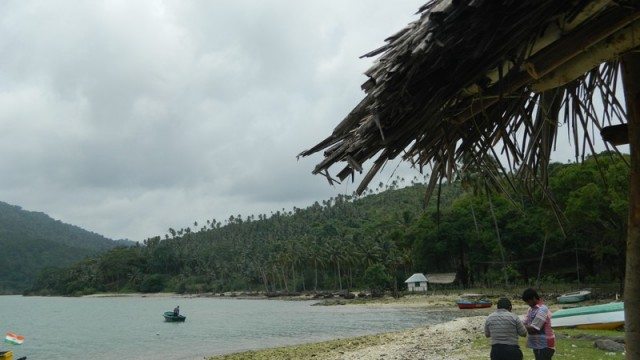 During the way, you’ll get to see a lighthouse. It’s the same landscape with the lighthouse that was featured on the twenty rupee note. As the boat nears the beach, be prepared to remove your shoes and fold your trousers as you’ll have to step in water to make your way through. North Bay is surely the place which one dreams of. Calm and quiet, serene view of the sea and lush green. The place offers an opportunity for scuba diving and snorkelling. If you are to visit Red skin Islands, then don’t opt for snorkelling at North Bay. North Bay houses a small market built of bamboos which have handicrafts and traditional jewellery on display. It is amazingly clean with dustbins all around. Enjoy your meal on the island and the company of the local dogs is what you get for absolutely no price. After a quick photo session, I decided to hop to the Light House. 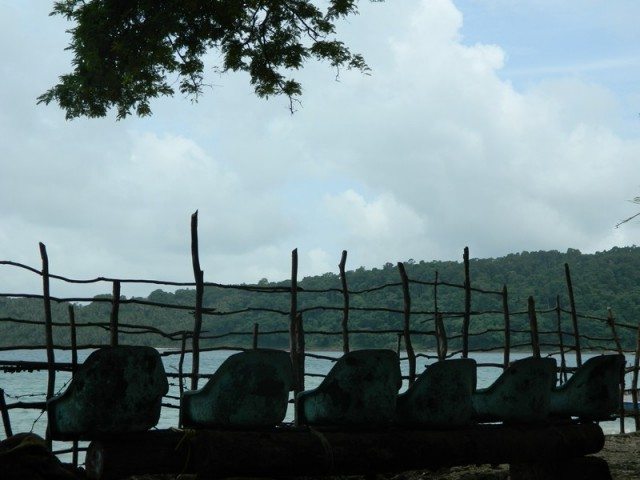 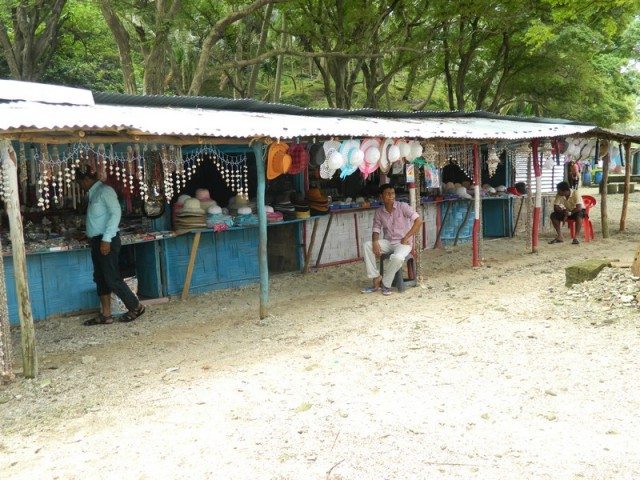 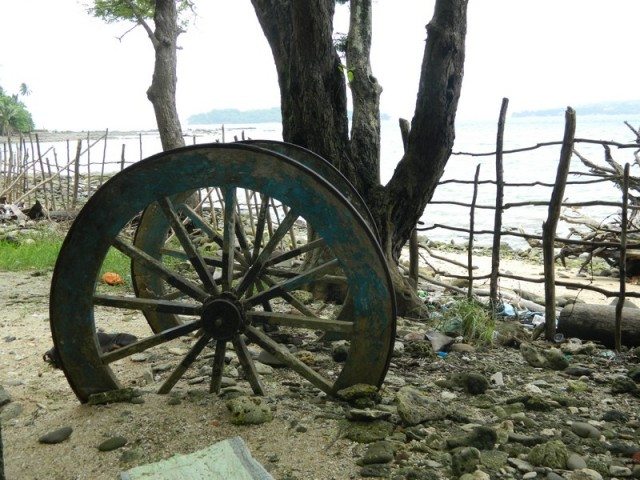 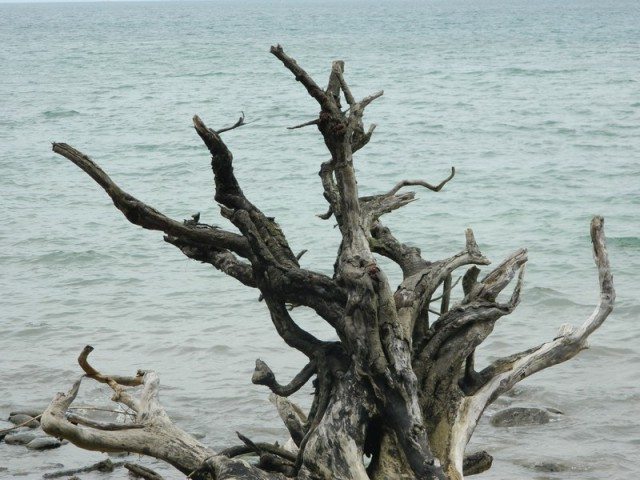 Northbay at its best.

Situated around 1.5 kilometres from North Bay is this majestic piece which is an aid for navigation of merchant ships. You need to walk through the Jungle and pass through the wild in order to reach the Light House. The Light House demands an entry fee of Rs. 10. I had never brought the wallet with me but the Light House guy was generous enough to let me in. After walking for a mile, you now need to climb more than a hundred stairs.

Beauty at its best. 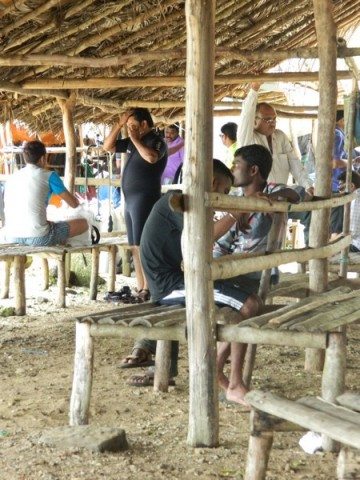 Well, challenge accepted. As soon as I got to the top I found myself surrounded by a huge mirror which is used to reflect light. Right across it was the hatch that lets you step out and experience the view. Little did I know that the hatch can give access to such a fantabulous view! I was stunned. The walk for a mile and those stairs were worth it all! The view from up there was A-M-A-Z-I-N-G! I failed to capture it through my lens as my camera ran out of battery! Anyways, if you ever land up in North Bay, do make it a point to hop on the lighthouse and experience the picturesque view. 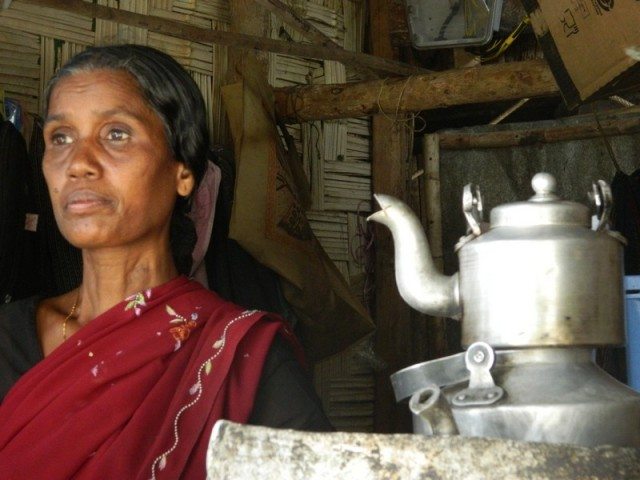 A tea vendor in Northbay.

Our guide soon blew up the whistle and it was time to head back to the ferry. As soon as we reached the ferry, we were served packaged lunch. The rains followed in no time and the showers were at their best. The ferry failed to provide a shelter and we were somewhat drenched. The engine was cranked up and the propeller churned the water. The ferry slowly proceeded to the next halt. Island no. 2, Ross Island was to arrive soon. Ross Island is controlled by the Indian Navy and was once home to the Britishers and the Japanese. The Island still has remains of old buildings like Ballroom, Church, Japanese Bunkers and Commissioners House. The one interesting thing about Ross Island is that one gets to see Deer’s and Rabbits all open. The Island is now home to these animals and is widely visited by the tourists. 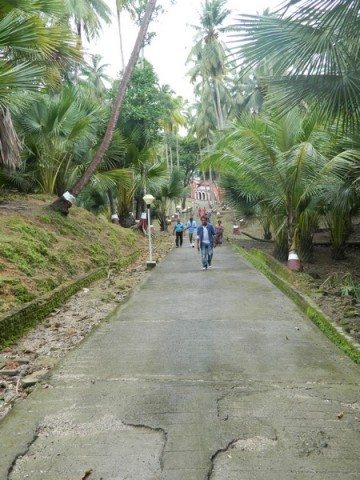 A deer at Ross Island.

After about an hour of playing around with deer’s and wandering the island, it was time to head to the last spot for the day called Viper Island. Viper Island is situated at a good distance from Ross Island. Be prepared to see the Port of the city. On the way, we were fortunate enough to see a Cruise Liner from Istanbul. Situated next to the Port is the Naval Dockyard which houses the babies of Indian Navy. Being a cadet of Merchant Navy, I glued my eyes to the ships throughout the journey. We also came across a Floating Naval Repair Station which was amazing to glance at. Finally, it was the much awaited Viper Island. Our guide hugely discouraged us by announcing the barren island has nothing but flora and fauna. 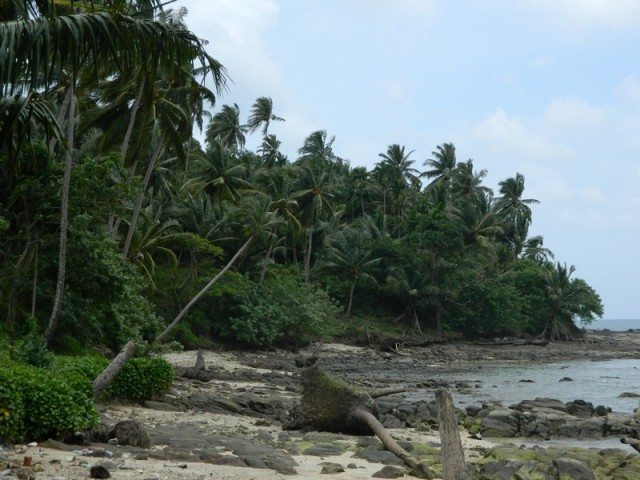 View from the Ferry.

Viper Island got its name due to the presence of ‘Russel Viper’ snake on the island. According to another theory, ‘Viper’ was the name of the vessel in which Britishers discovered this island. The island was used by Britishers to imprison the convicts and Indian prisoners. It has the ruins of a gallows atop a hillock. It is said that Indian prisoners were brought to this island and were left open. As the Island is far away from the city, it was impossible to escape. The island has poisonous berries and is surrounded by salt water; therefore it was next to impossible to survive on this island. When the number of prisoners increased, the Britishers decided to construct a jail. That is how Cellular jail came into existence.

The tour for the day had officially come to an end. We headed back to the Water Sports Complex where our taxi driver was waiting to pick us up. Later that evening, we explored the city market at Ghanta Ghar and then was when we came to know yet another interesting fact.

Did you know: The city of Port Blair doesn’t have any Pizzeria or fast food outlets? The people of the city have almost no idea of what a Burger or a Pizza looks like!

Setting Sail to the Three Islands was last modified: November 30th, 2021 by Naman