When I heard the word ‘Canada’, all that I would think about was Toronto, Vancouver, snow, polar bears, eskimos, native americans and skyscrapers. And that was pretty much it. That was over a year ago. Now here I am, relating to you about my experience in the country I call home. After I got married more than a year ago, I joined my husband Kannan in Saskatoon, the capital city of Saskatchewan, an agricultural province of Canada. My intention here is not to portray Canada as a tourist destination. My emphasis is on the journey rather than the destination. I chose not to describe my trip to Toronto this summer for a good reason, which I hope every one would be able to appreciate once they read this. 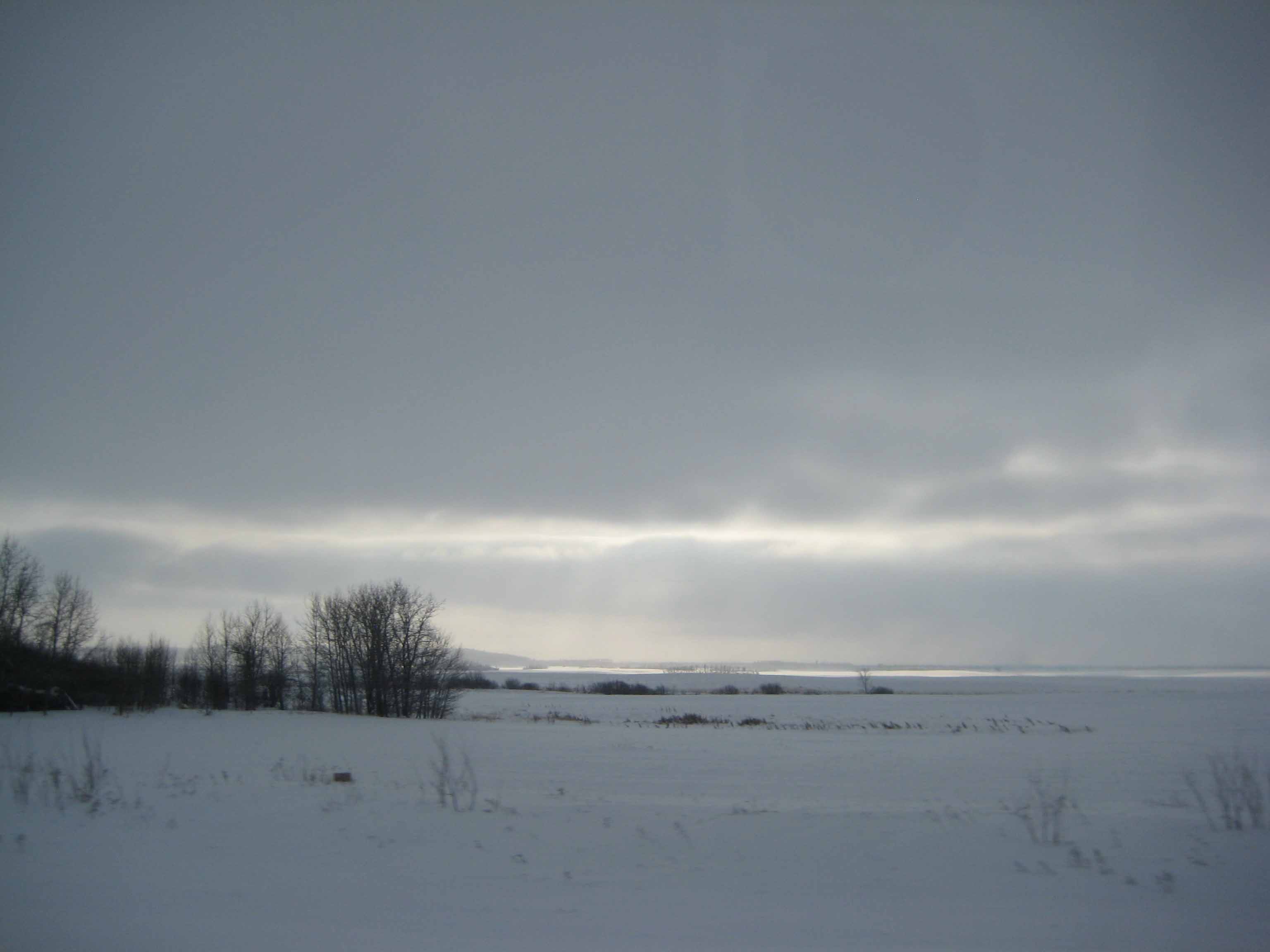 The snow slowly melted away. I found it hard to sleep as the summer slowly crept in, bright sun streaming through the windows from 4am in the morning until 10pm in the night. I put it to good use though. I found myself sewing without any lights on, at 9:30 in the night. I could get more stuff done and not feel tired since it was a long day, quite literally.

The year went by fast. My work colleagues came up to my desk to point out of the window to show me the first snowfall of the season. By the middle of November, I started noticing that we went to work in the dark and came back home in the dark. Winter was slowly creeping in, the winter that I had been warned about. The temperatures started dropping, there was lots of snow, and by January, it was –50 degree celsius outside. After a while I got used to the maximum temperature of the day being in the negative double digits.

Statistics prove that it is easy to get depressed in the long dark winters here. Canadians generally have recreational activities to keep themselves busy. Having had a little bit of experience with snowboarding, my husband convinced me to learn snowboarding this winter. We paid a visit to the sports store to get us good fleeces, ski jackets, ski pants, mittens and caps. We found a nice little ski resort about two and a half hours away called Wapiti Valley. 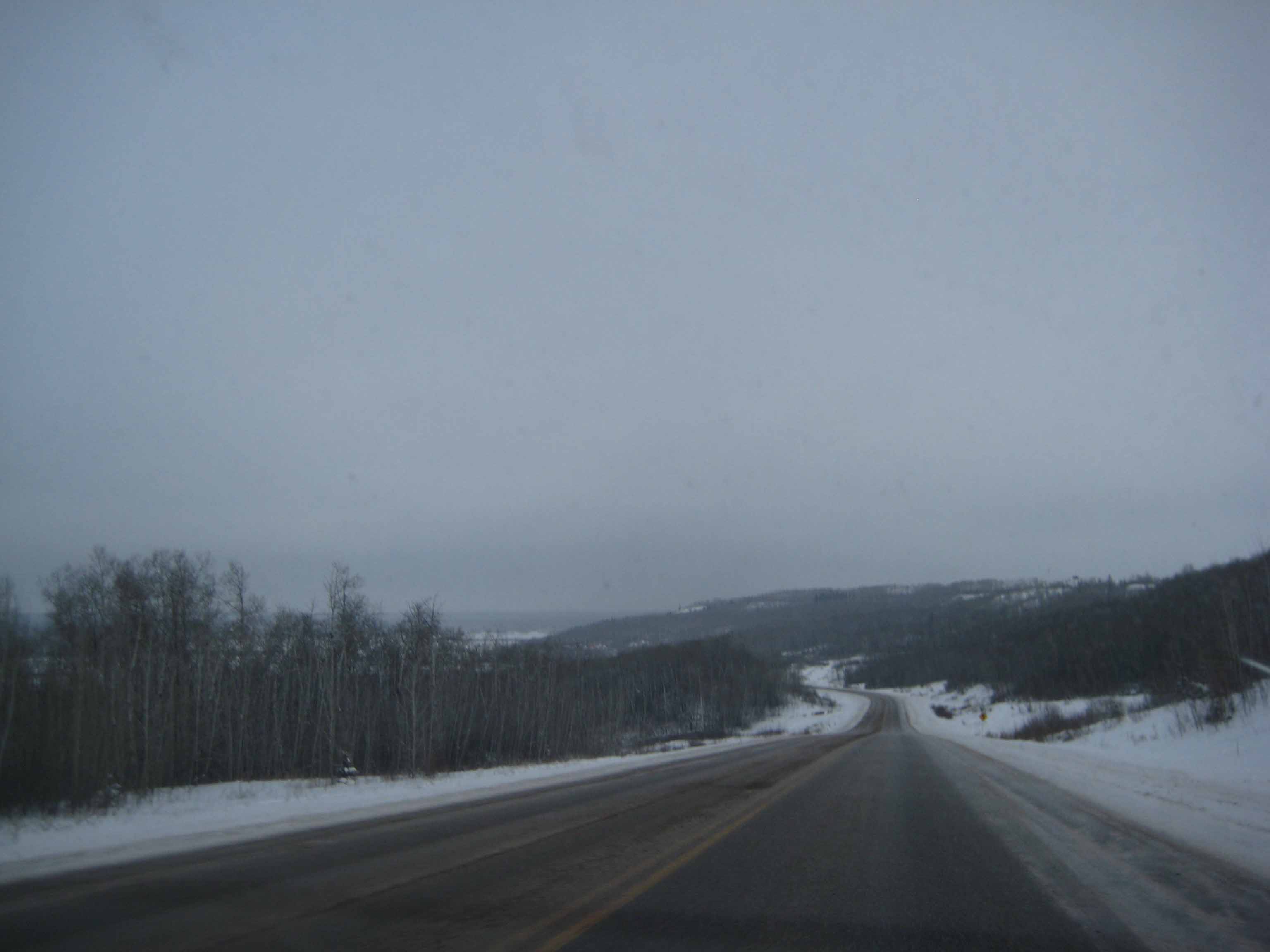 We drove over almost every weekend for three months. As a routine, we would wake up every Saturday morning, drive over to the Mc Donald’s drive-thru, buy ourselves delicious egg mc muffins, hash browns and coffee for breakfast and start our drive. We carefully picked our music and thoroughly enjoyed the drive over. Ten minutes out of town and we would find ourselves on a lonely country road winding through vast expanses of nothing but snow. Once in a while, we would encounter another car driving past. Otherwise, it was just nature and us. We spotted some animals on the way too. We saw a hedgehog race across the highway once. Some farmers rear cows and horses in smaller towns on the way. So it’s a real feast for the eyes to see brown and black cows & horses among the white snow. It’s hard to spot the white ones for obvious reasons. The huge straw bales strewn across the landscape with snow on top looked very cute too. The vegetation is minimal with a few trees or bushes mostly white with the snow as well.

As a routine, we would stop on a particular side road to take in the countryside. It was eye opening to sense the calm and quiet of the landscape. Having lived in a city all my life, it was hard for me to grasp even the idea of listening to the wind, standing in the middle of nowhere. Once, we encountered two young deer in front of us. They pricked up their ears as we approached and stood still watching the car. We slowly came to a stop a few feet away from them. All of us stood still with mutual admiration for a minute. None of us knew how to react. But then the enthusiastic deer decided to play games with us. They started prancing around the fields beside the road and every once in a while came to a stop to see if we followed. They kept repeating it until we turned onto the highway and lost sight of them. What I found endearing was the fact that they didn’t see us as a threat and were just having a good time. They do pay a price for that sometimes, though. It’s not hard to spot road kills of innocent animals on country roads here. The next weekend, when we turned into that lane, we spotted what looked like foxes a bit far off. I tried taking pictures, but they were too far away. I can’t imagine animals in cities being friendly towards me. That made me realise what I missed as a city girl. Saskatchewan is half the size of India with 1/13th of the population of Delhi. Quite the contrast to what I had ever seen before. That’s probably the main reason why these animals do not see too many humans around to be afraid of them. Another landmark that Kannan and I would look forward to on every snowboarding trip was what we call ‘The haunted house’. We spotted this amazing little abandoned house on the side of the highway that looked like an illustration straight out of a children’s fairy tale book. 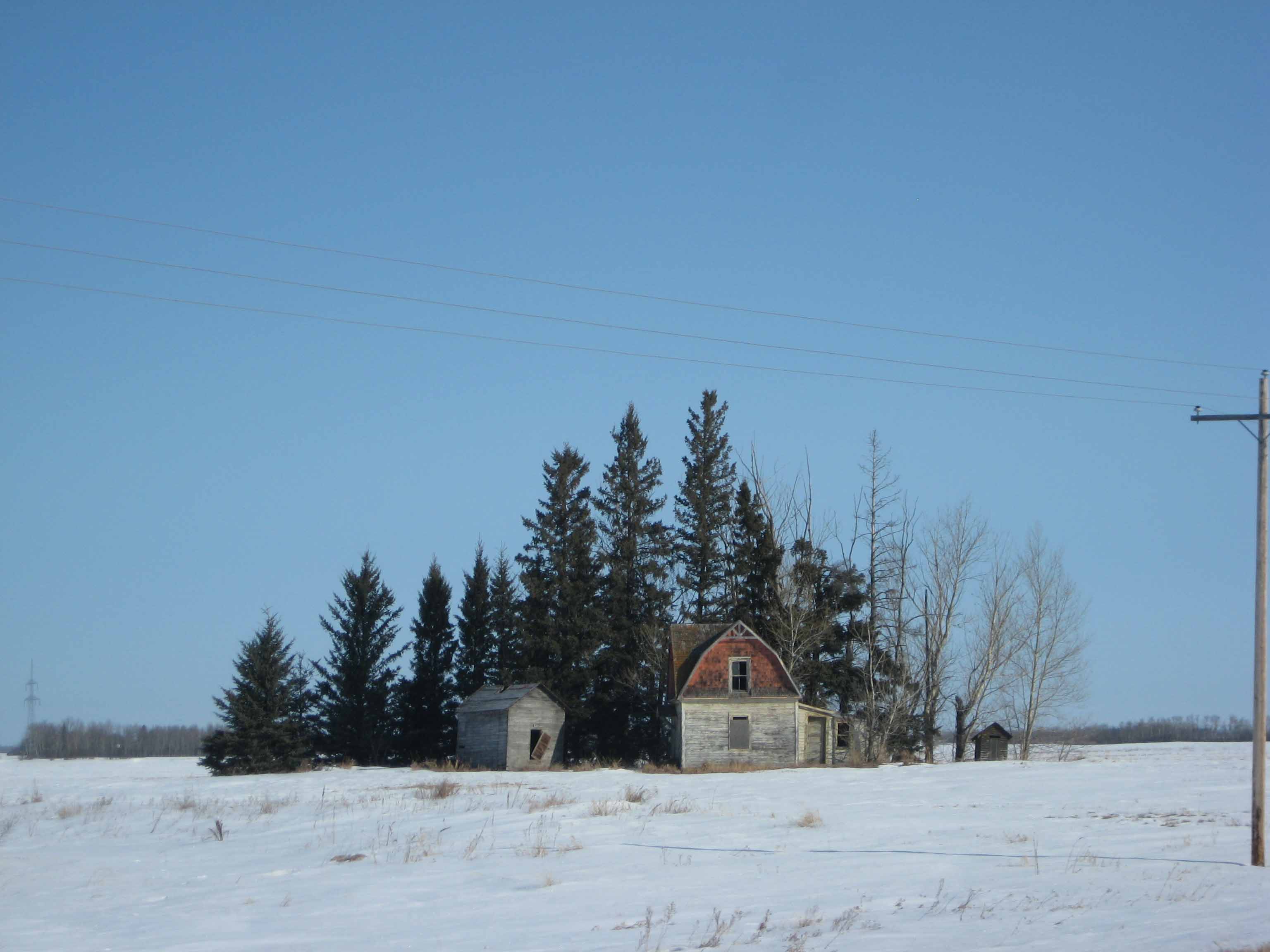 We would reach our ski resort generally around 1:30pm; pay at the counter, rent the snowboarding boots and snowboards and finally set out onto the ski hill. The fundamentals of snowboarding are to balance oneself on a 4-5foot board which has two strap-in bindings to fit your feet in. It’s pretty much like surfing except that the ski hill stays put and you are the one who is moving. The trick is to move your heels and toes back and forth like using a pedal to control the balance, direction and speed. The downside to learning snowboarding is that you end up falling either on your butt or your knees and wrists. And trust me, it really hurts. The upside to snowboarding is that you have lot of fun! I found it very hard at first, but after about three days, I could balance myself on the board and control my speed very well. Conquering this aspect of nature is worth the effort. We would take little breaks sometimes and then go up on the hill again to snowboard until they closed at 4:30pm. Then, we would set out back to town and reach Saskatoon by 7pm. Our bodies would complain on Sunday morning, but it’s a good pain to endure. 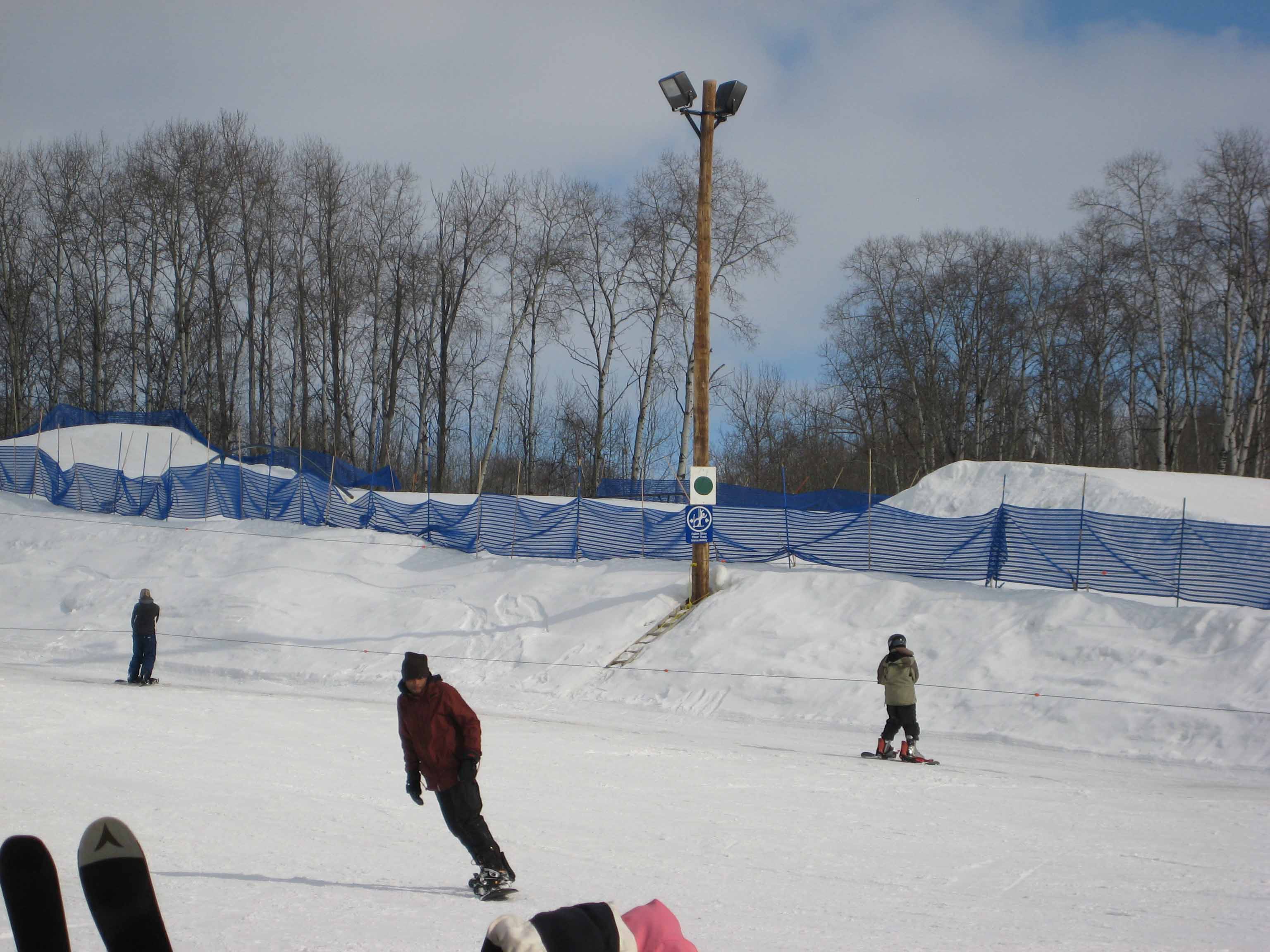 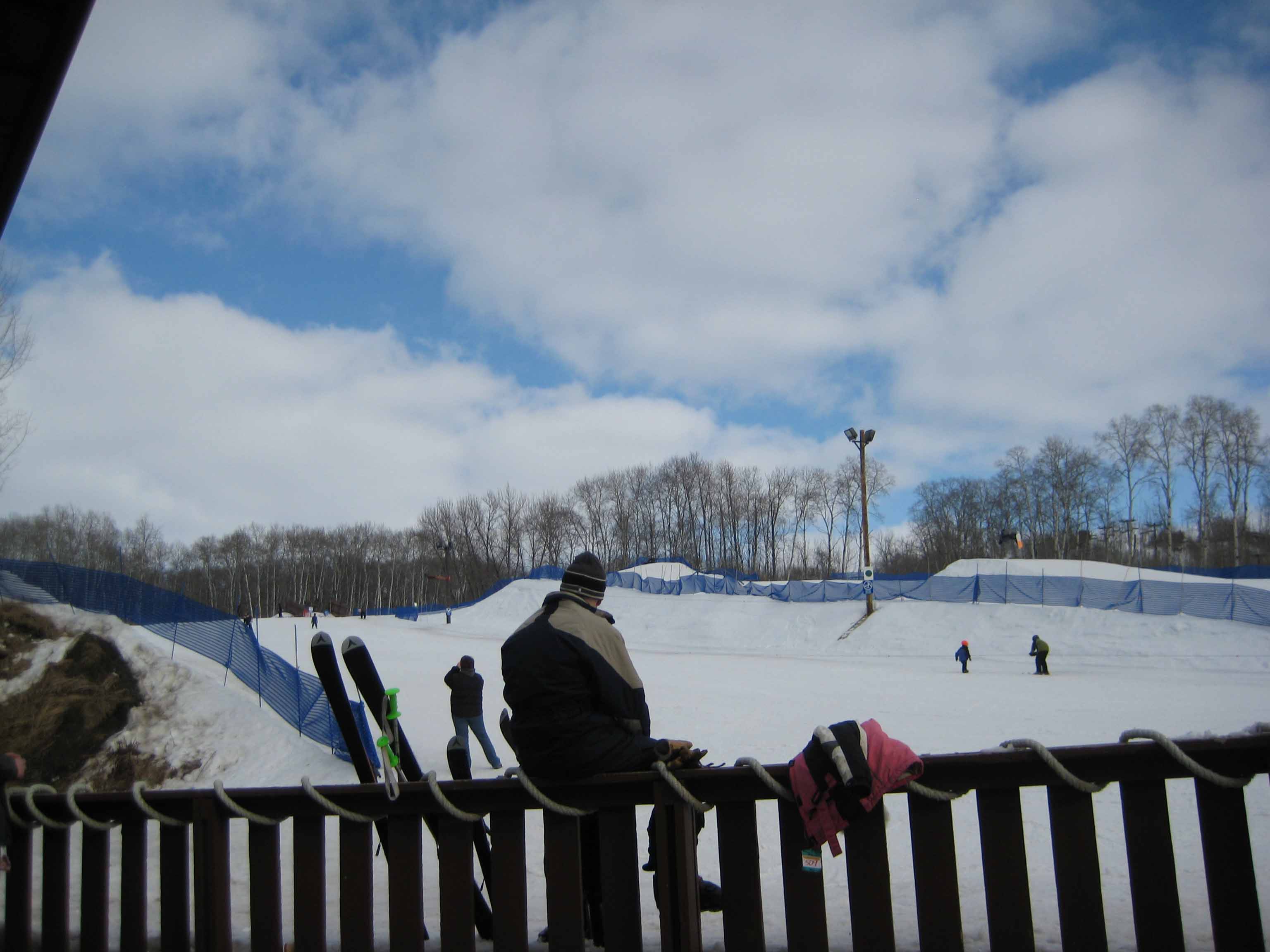 On the Easter long weekend, we stayed at a motel in Melfort, a nearby town, for two nights. We snowboarded for two days continuously. That was a lot of fun and I am thankful to Kannan for encouraging me to snowboard. Not being very sporty or outdoorsy by nature, I wouldn’t even have dreamt of doing such things. We plan to buy snowboarding gear next winter and get better at it, so we can go to higher slopes in the mountains in the neighbouring provinces. 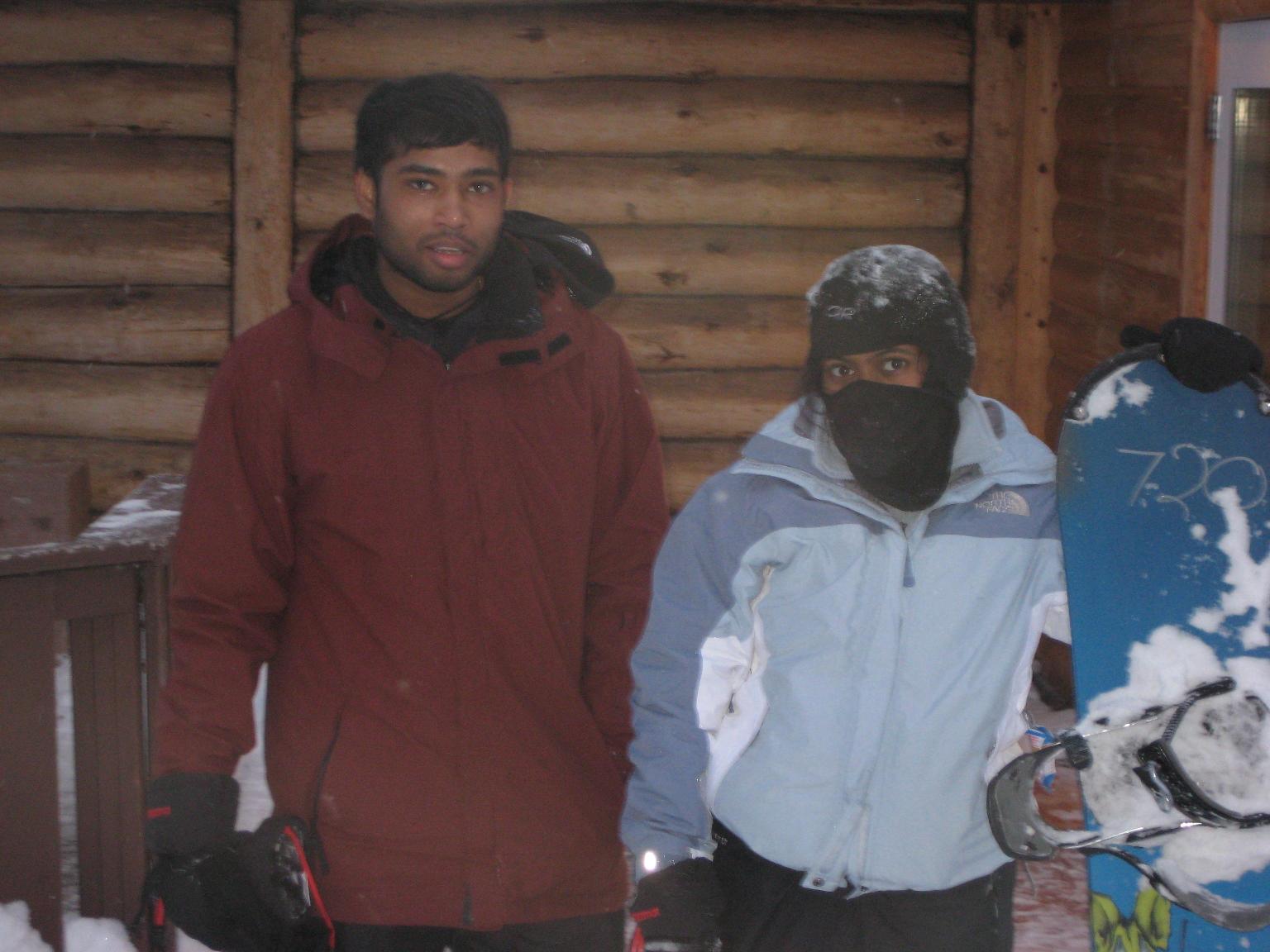 Even the drive back is an amazing experience. The sunset looks like a huge bright ball melting into the horizon and splashing all kinds of colours onto the sky. One other favourite landmark that we would look out for was the Church. This church was right on the side of the highway but since the building was not too big; all you could see from the highway was the tall, serene and steadfast cross, rising above the trees. The wooden cross would stand against the sunset as the background with white snow as the landscape. I really wish I had a photograph to show how pretty it looked.

Anyway, the snow is all gone and spring is here now, so the snowboarding season is over. For the time being, I am enjoying the bright sun streaming through my kitchen window every morning when we have breakfast. I also enjoy the clear skies with shiny stars every night, quite the treat for a city person who experienced that only inside the planetarium. I can confidently say that Saskatchewan has been rightly named. It is truly the Land of the Living Skies.

Saskatchewan – Land of the Living Skies was last modified: July 6th, 2019 by Meera

This is continuation to my previous story. Click here to read that. By now the only big thing which was left to do was…