Ross Island is located 10 minutes by boat to the east of Aberdeen Jetty, Port Blair and forms a part of the Andaman & Nicobar group of Islands. A visit to the A & N is incomplete without a visit to this Island. A sense of history weighs down upon you as you step up onto the shores of the island. The spirits of Daniel Ross, the marine surveyor after whom the Island is named, the freedom fighters who built many of the buildings, the Japanese occupiers who annexed the island in 1942 and the natives who suffered untold tortures under them, seem to flit among the dilapidated buildings and ruins offering you glimpses of a chequered past of glory and despair. The ‘Paris of the East’ as it was once called now sits alone and deserted, an Indian Navy Outpost, its bunkers still facing the threat of attack from the east. 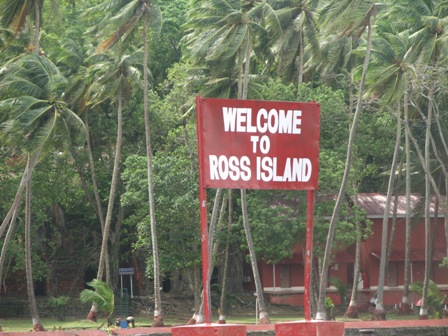 The Boats start from Aberdeen Jetty by 8.30 am to 9 am. They give you time till 2 pm but most people are long done by then. If you are planning to trek the whole island, a bottle of water is a must. Entry fees are collected at the pier by the Navy. A bold sign and a Japanese bunker welcome you on to the Island. There is a map just inside painted on a large board which is worth a look to get your bearings. There’s also a tender coconut vendor – considering the long walk ahead, it’s advisable to sit in the shade and drink some tender coconut water before starting. Although there are a few tempting sandy shores, large signs tell you that swimming is strictly prohibited on Ross. 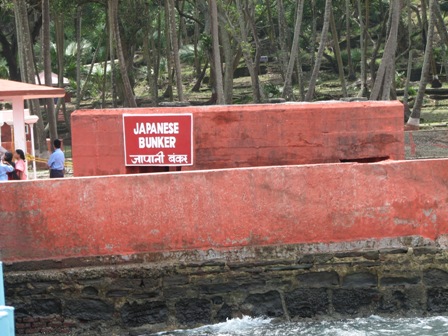 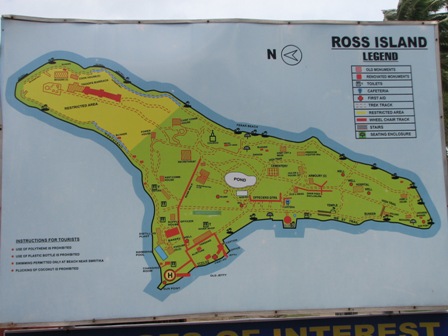 Ross was started as a Penal Settlement on 10 March, 1858 to house the prisoners of the Mutiny of 1857. The island was practically built by the first batch of 773 freedom fighters who on completion were shifted to Viper Island which was the first Jail there. The gallows at Viper Island are still in existence. The whole island was built like a mini England complete with a barracks modeled on Windsor castle a beautiful Anglican church, Store houses, Library, Bakery, an entire Bazaar, 3 clubs and the majestic Jail Superintendents Bungalow. 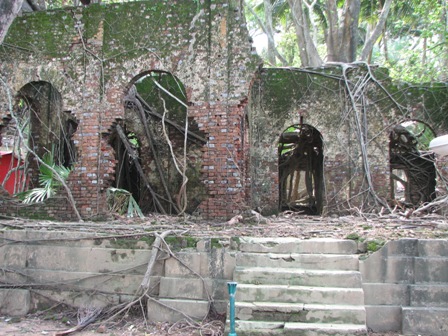 There’s a stone pathway cut through the whole island hugging the coastline and taking you to all of the buildings. It starts off with the Officers quarters and the Bazaar invaded by trees. In between there is also a new guest house ostensibly not for public use and a small museum where old photos and paintings provide a useful insight into the past of Ross Island – The buildings as they were then. Then comes the temple, the ruins of a hospital and a few remnants of the Japanese bunkers. The southern tip of the island holds the largest of the bunkers built by the Japanese. At one point of time it probably housed a cannon too – You can still see the embankments. 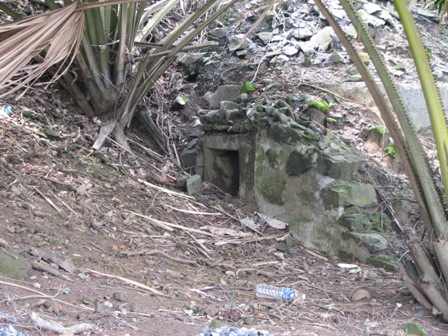 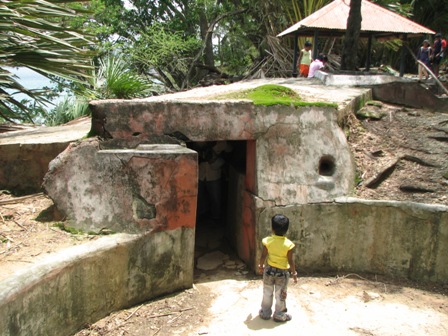 As you circle round to the Eastern side of the Island, you are confronted with wonderful views of the ocean. Different shades of emerald appear as far as the eye can see. It’s as best a photo op as you’ll ever get. The land also slopes out into a few small but beautiful beaches. There is more damage visible here – the path is damaged at some spots and you might have to take a detour back to center of the Island. 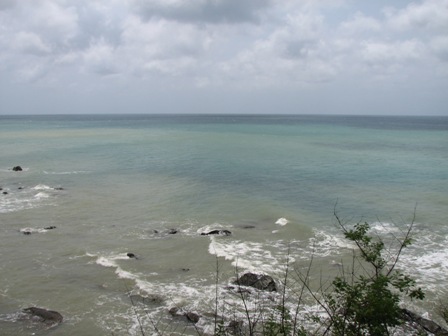 In 1942 the Japanese arrived and annexed the island imprisoning the remaining settlers who hadn’t fled and unleashing a fresh wave of oriental torture. In any case it was during their occupation that Subhash Chandra Bose raised the Indian Flag on the Settlement in December of 1943. The Japanese for their part built bunkers all along the coast line to protect against intruders. They still exist.

A flight of stairs lead out to the centre of the Island and as you climb up, the Anglican church heaves into view, the front and some side walls still intact giving you an indication of the size the building must have been. 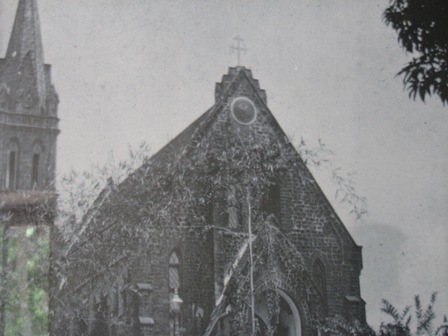 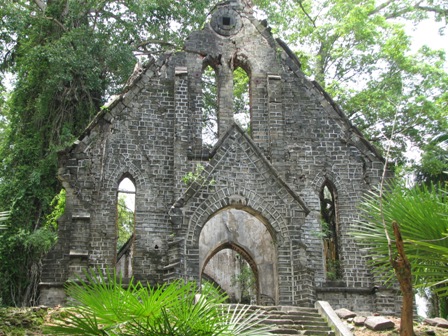 The English soon retook the island but surprisingly never occupied it. Rumours began to circulate about an Earthquake which had devastated the island and some said that the Island was sinking. The ornate carvings and wooden structure were relocated to Port Blair where they once again decorated the offices there. The Sea slowly took over and the retaining walls were soon destroyed. The Tsunami has also left it’s tell tale signature. The buildings have fallen into ruin, the trees have taken over where man left off, completely encircling them in their own grotesque beauty – A sight to see in itself. 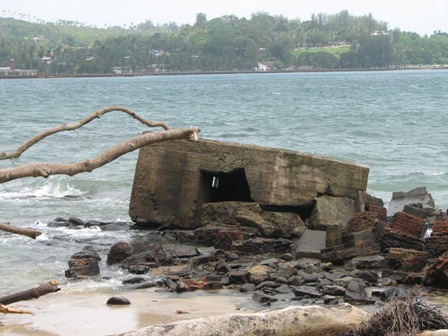 Today the Island is peaceful and serene. Oh yes I forgot to mention – there are deer on the Island, spotted deer. In fact one of them was injured and undergoing treatment – seems some kids had chased it around and it fell off a cliff. Anyway as I said most people don’t take the full walk and the pier is crowded by 12 pm with people waiting for the trip back to Port Blair. As we sailed away we took one last look at the Island receding in the background, lush green vegetation dotting its shores as if hiding its history within the evergreen glades while beckoning from afar and urging us to know more about the nation that we now live in.

Searched lights were switched off and we went towards check post, one CRPF man came and asked me to stay with them and allowed only Naresh Saroha to go towards Dispensary. I waited there for his return. After 10-15 minutes Naresh cane and we returned to our tent. Due to medicines, Naresh slept soon but I could not sleep after that. In the morning all wake up early and after completing our daily routines, we get ready to start the last day tracking. We took hot tea and Rusk/biscuits in breakfast and started the journey.