The year is 1857. The date, May12. Sir Henry Lawrence, British chief Commissioner to the Oudh region looks out worriedly over the ramparts of the Lucknow Residency. He has just received word that Indian soldiers in Meerut have revolted and are marching to Delhi. Sir Lawrence knows his force is small and the area to defend is large. Little does he know that in under two months he would make the ultimate sacrifice in the defense of Lucknow. 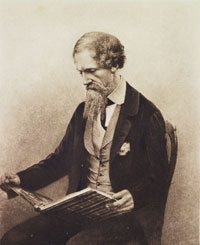 The British Residency was established at Lucknow when the capital of Awadh or Oudh, as it was then called, was shifted to Lucknow from Faizabad in 1775. Construction of the Residency began the same year by Nawab Asafuddaula and was completed by Nawab Saadat Ali Khan in 1800. 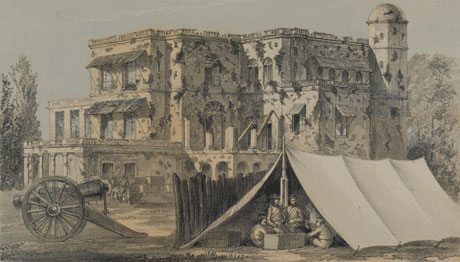 Portrait of the whole Residency building after the battle

Sir Lawrence begins fortifying the Residency and starts amassing supplies. Retired sepoys and artillery men loyal to the British are recalled for the siege. Even staff and students of the historical La Martiniere boys school are called for active duty. The rebellion reaches Lucknow on May 30 which is also the day of the Id festival. At this point of time the garrison consists of 3000 souls including 1280 non combatants. 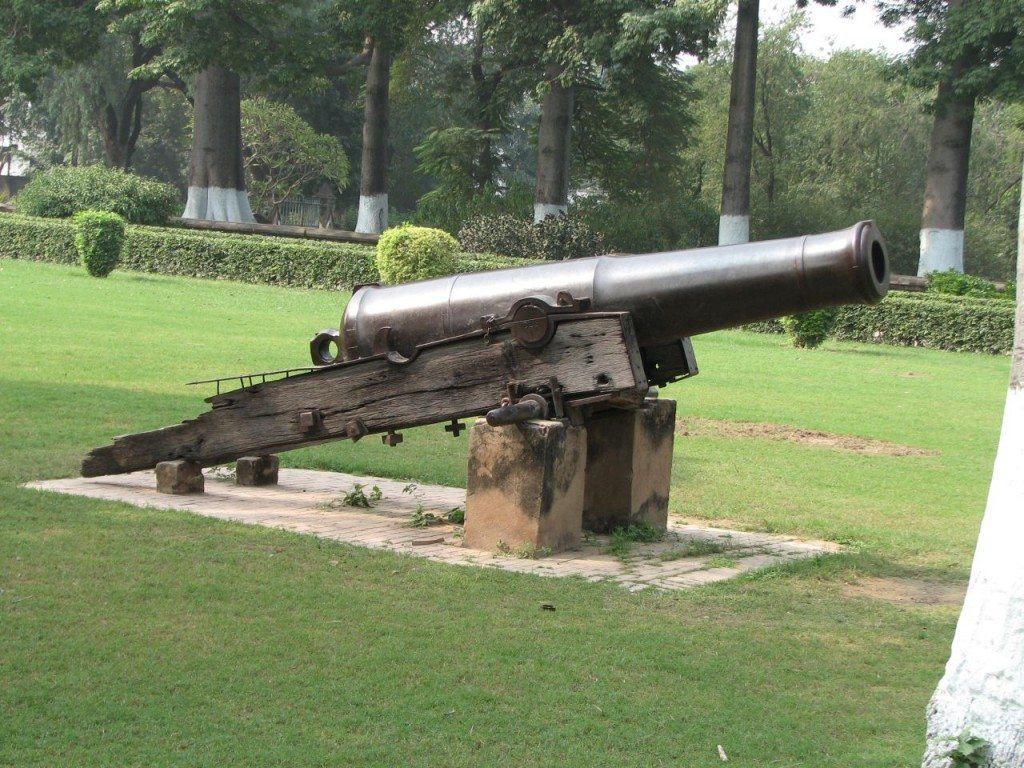 Canon preserved on the grounds of the Residency

The ruins of the Residency are surprisingly well maintained and the buildings preserved for posterity. It has a pleasing look with well manicured lawns and a comprehensive 1857 memorial museum. The signs of shelling during the mutiny are still visible and transport us to those times of canon balls and musket fire. 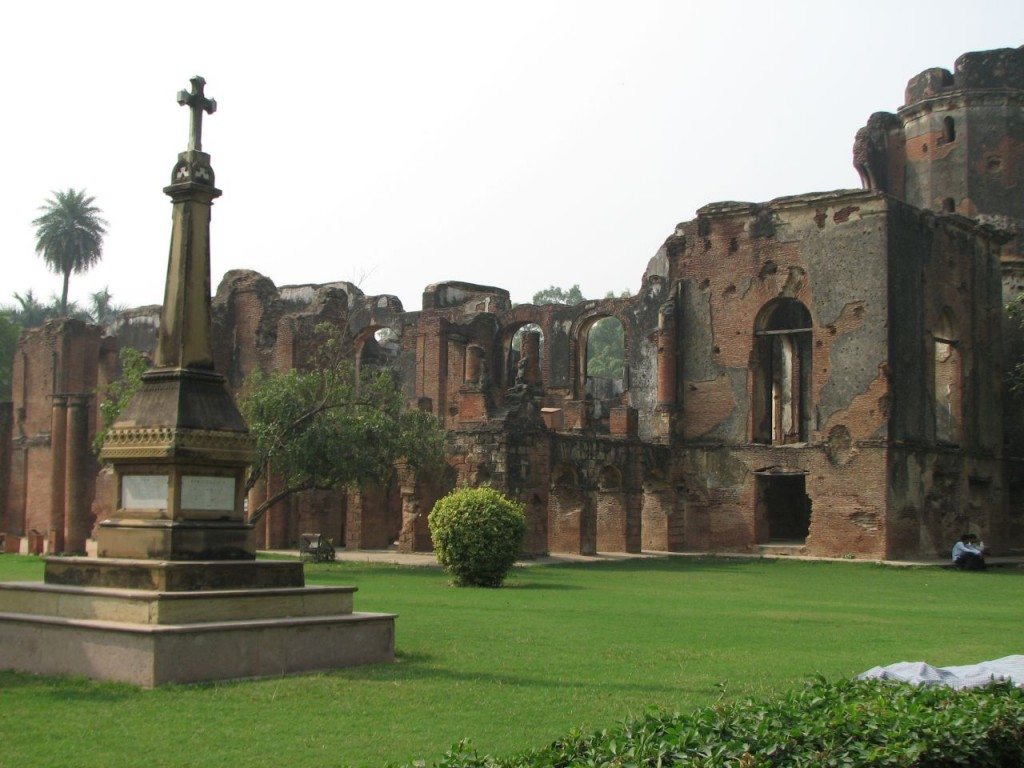 Although the initial outbreak is successfully repulsed, rebellion soon breaks out at Sitapur on June 4 and subsequently in Faizabad, Daryabad, Sultanpur and Salon thereby effectively ending British rule for a few days in all areas of Oudh except the Residency which has now become the symbol of British dominion. Lawrence leads an ill fated expedition to Chinhat on June 30, in the hope of regaining control but is defeated and is forced to beat a disorderly retreat back to Residency with the loss of many lives both Indian and British . 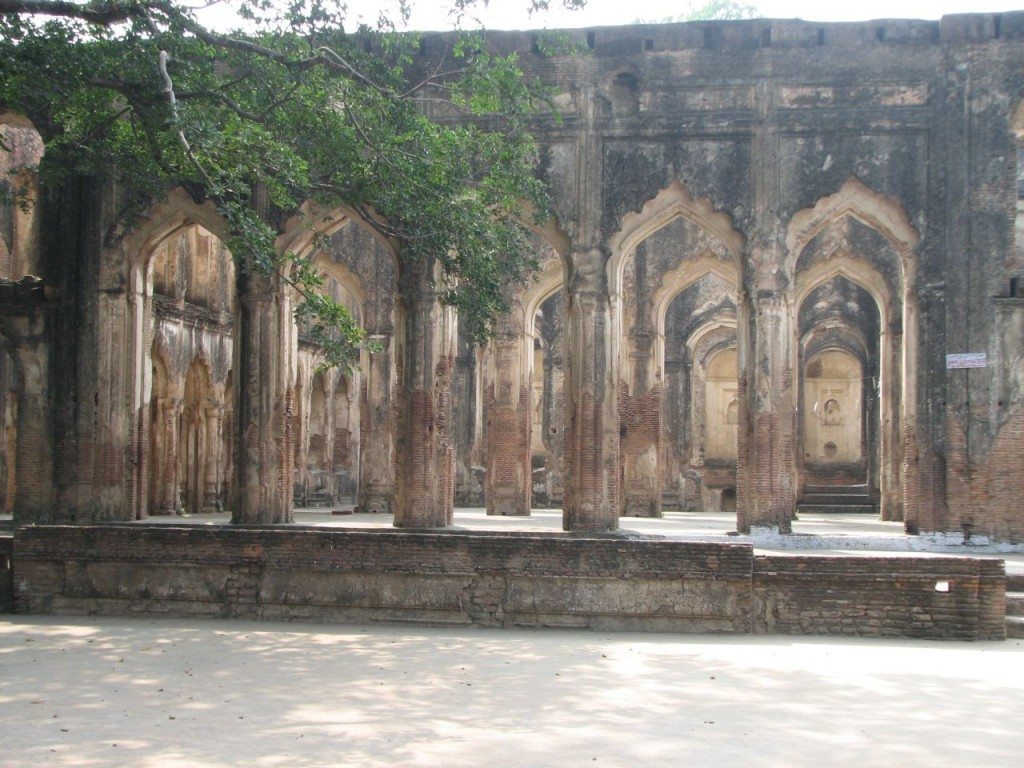 The first attack on the Residency is repulsed on July 1 by blowing up the Machi Bhawan palace and withdrawing. Sir Henry Lawrence is fatally injured by Howitzer shell fire on July 2. He is shifted to the surgeons house and succumbs to his injuries on July 4. Major Banks takes over as chief commissioner and Colonel Inglis takes over the defense The death of Sir Lawrence is a great blow, it is written, to the garrison.

“July 4th : A tremendous fire all night but no effort was made to storm our position. To the great grief of our garrison Sir Henry Lawrence died this morning about 8 o clock from the effects of his wound. Shortly before his death Mr GH Lawrence while standing in the front verandah of Dr Fayrer’s house was wounded by a musket ball through his right shoulder. “

Eye witness accounts also say that almost 10000 Indian soldiers have surrounded the Residency at this point. 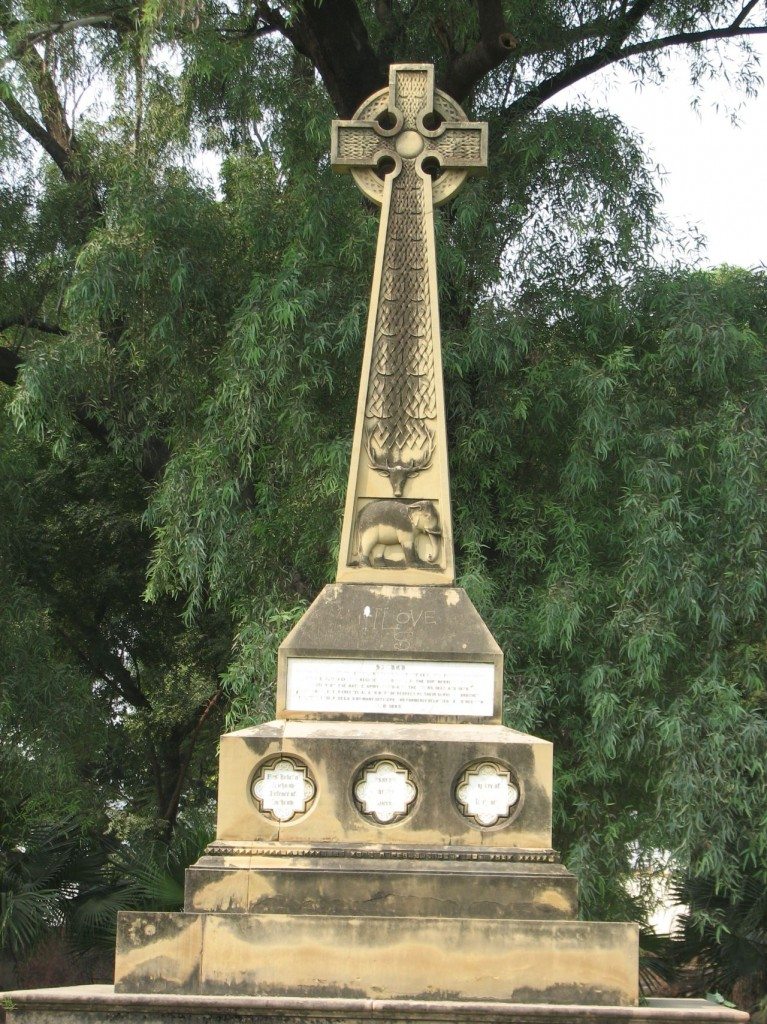 The history of some of the important buildings make good reading. It is said that the Treasury house was finished in 1851 at cost of Rs. 16,897/-. during the revolution a part of the building was used as an ordinance factory for manufacturing the offending Enfeild Cartridges. 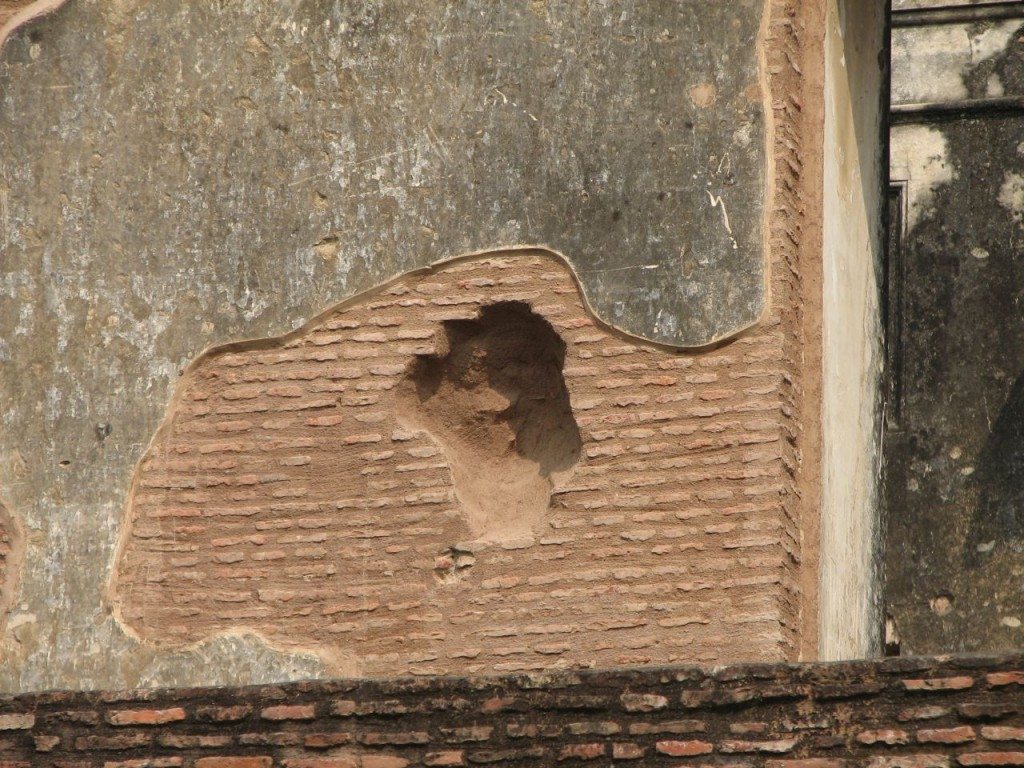 Impressions of Canon Ball fire on the walls

Several attempts are made by Major General Henry Havelock to relieve Lucknow but fail in spite of 3 military victories at Unnao. Then by late September, Havelock defeats Indian troops at Alambagh, Charbagh and Kaiserbagh and finally enters the Residency. By the time of the relief, the defenders of the Residency have endured a siege of 87 days, and are reduced to 982 fighting personnel. However due to extensive casualties during the relief, the Residency cannot be evacuated but the defences are extended to the Chattar Manzil.

The Banquet Hall is said to have been constructed by Nawab Saadat Ali khan and was the most imposing structure of the Residency with State Apartments and Spacious Saloons furnished with costly Chandeliers, mirrors and Silk Diwans. It was decorated with inlaid Black and white Marble. 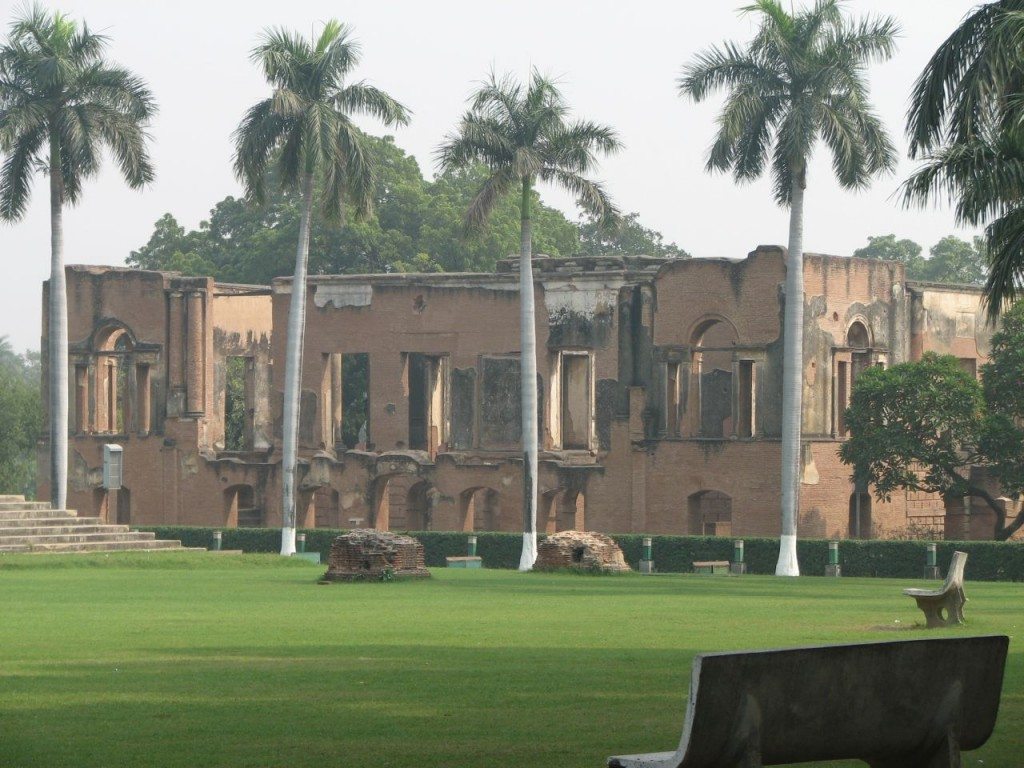 By September 21, Delhi has been recaptured by the British who go about establishing control up to Kanpur. The final relief of Lucknow is left till adequate forces are mustered and begins on November 14. Indian forces at Lucknow have now grown in number to 30-60,000 troops and the main approaches have been fortified. 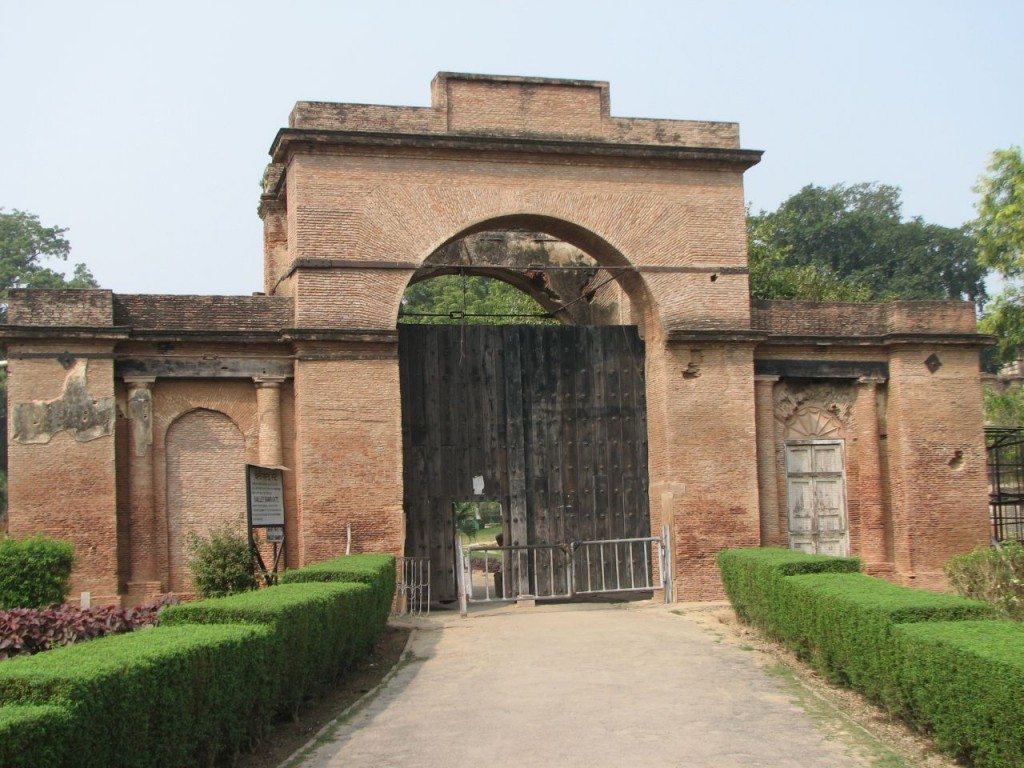 The Begum Kothi initially belonged to Nawab Asafuddaula and was subsequently sold to European businessmen. It was then repossessed by the Begum of Nasiruddin Haider. After her death an Imambara and a mosque were built by her Step sister. This building is built in the traditionally Avadhi style unlike the other buildings in the Residency. 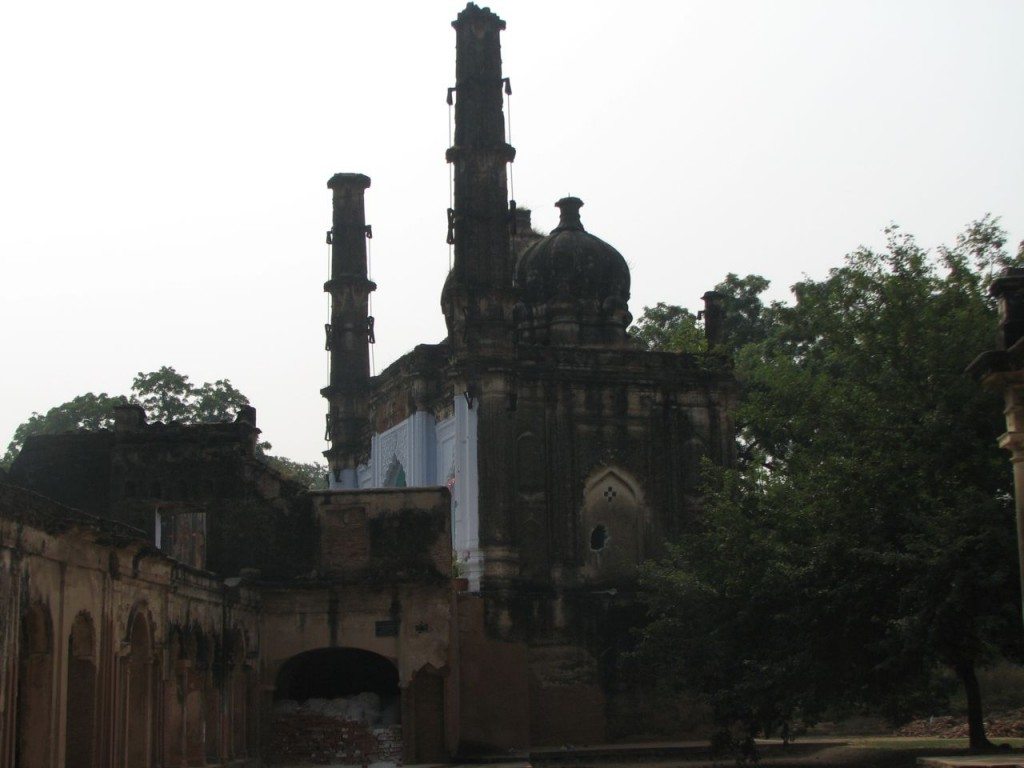 The Mosque and Imambara near the Begum Kothi

The final relief of Lucknow is led personally by the new Commander in Chief of the British in India, Sir Colin Campbell implying how important this battle has become. On November 14 he advances from Alambagh along the Gomti river to La Martiniere school through Dilkusha park. On November 15 the column crosses the Gomti and Dilkusha canal and is held up at Secundara Bagh. By noon, the Secundrabagh is taken and the Indian defenders eliminated. The Indian troops then regroup in the strong Shah Najaf Mosque. By nightfall this is also breached and Campbell makes his headquarters there. 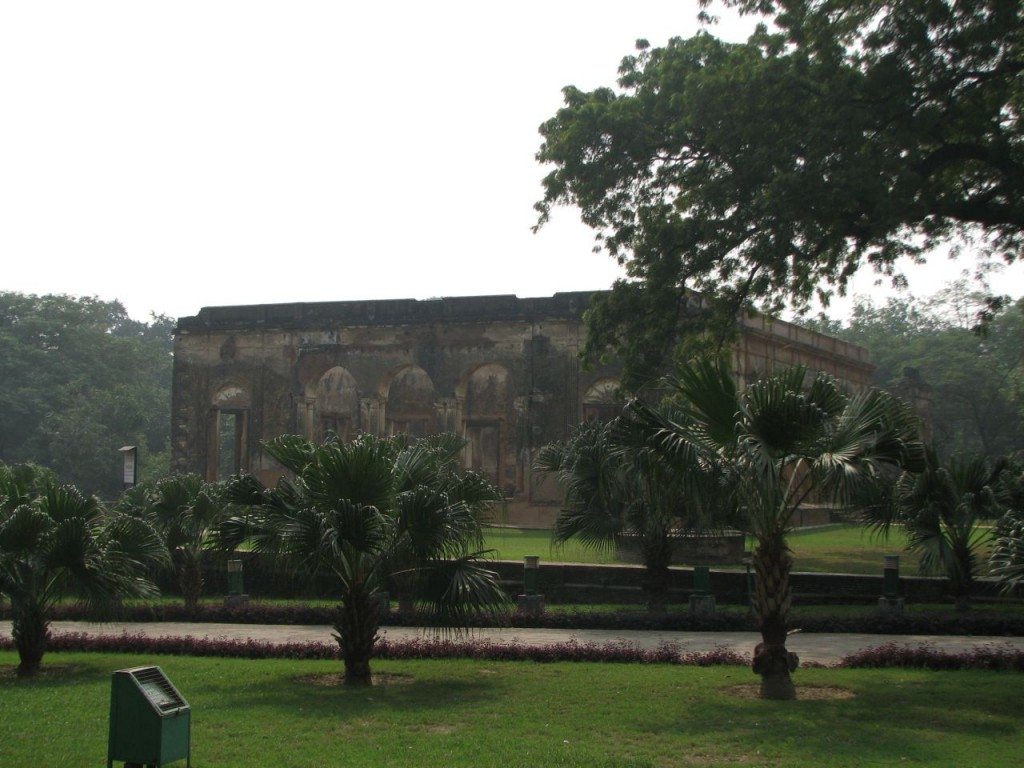 Another damaged building on the grounds

The Residency also has a sound a light show at 7 pm. However the officials told us that they needed a minimum of 10 tickets before they would run the show. We waited a while but left in disappointment. Tourist traffic is not high at the Residency especially during work days.

Collage of the Memorial to the defenders of the Residency

The British slowly withdraw from the Residency starting with the women, children and injured to Kanpur while engaging the Indian offensive all through the route. Havelock dies of dysentery, we are told, at Dilkusha park soon after the siege. The first siege lasted 87 days, the second siege a further 61. The Indian troops are left in control of Lucknow over the following winter, but were prevented from undertaking any other operations by their own disunity and by the British hold on the easily defended Alambagh. Lucknow is retaken by Campbell on March 21, 1858. 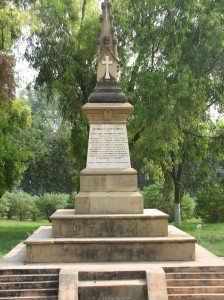 The different zones offer varied landscapes with opportunities to sight different floras and faunas. The presence of animals varies in accordance with the landscape suitable to their habitats. The landscape of Jhirna is drier than in Dhikala and vegetation is mostly scrub. Jhirna was a farming village until 1994 when it was successfully relocated under Project Tiger. The abandoned farmland is gradually reverting to a wild state and is being managed to develop grassland habitat. The nearby terrain consists of numerous sots and narrow gorges running through typically Shiwalik landscape. The hills to the north of Jhirna are covered with dense patches of bamboo. Apart from being a good habitat for tiger, leopard and deer, the place hosts other interesting mammals like sloth bear and wild boar. A variety of birds can also be enjoyed here.

were informed that a male tiger is also reported wandering in the area during the early morning. There is a defined route for every visitor to follow from the entry gate which ends at the FRH inside the jungle. On the way there is a watch tower alongside the river for watching animals reaching at the stream for drinking water and bathing. We tried it but in vain. The spotted deer, peacocks, variety of birds including the sparrows were a delight to watch. Suddenly, the driver stopped the vehicle and we found some fresh pug marks of a tiger on the sand beside the road. After a few meters we spotted some scratch marks on a tree probably made in the past. These proofs however, evidenced the truth of story we were told by the nature guide about the male tiger visited the place early morning. Elephant herd might have walked away leaving signs of crushed bushes and flattened shrubs. The dream of sighting the mighty RBT remained a dream but it was good to see the evidence of their presence that retained the hope to see the king in future also.