Day 12 was devoted to lots of retail therapy.

We went shopping with my Honey (my mausi), who, as I have mentioned before, is a store-owners’ delight. Shopping with her is something else altogether. The World Cup craze was still on, and I picked up lots of English Football Association stuff like England slippers, fleece footwear with the 3 English lions on it, and even a dressing gown! My dad added to his suit collection while my mom and Honey shopped as if their shopping permits were expiring. 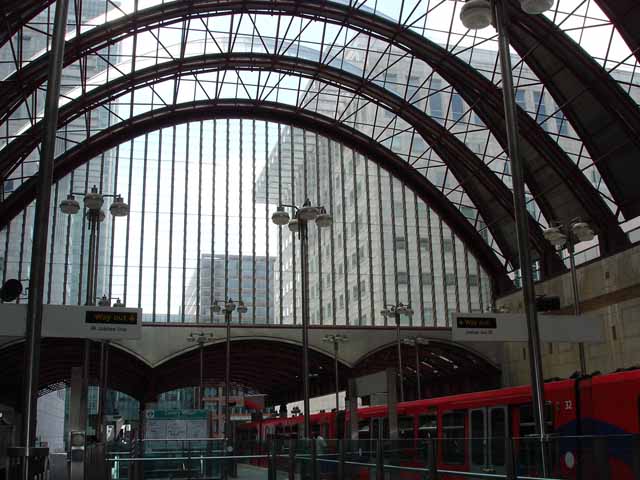 The plan for Day 13 was to go to Greenwich in the morning and see the Prime Meridian. We wanted to watch a play in London, so we booked ourselves tickets for ‘39 Steps’ for the afternoon, a famous Alfred Hitchcock movie which was adapted as a play. We then planned to have dinner with Aman, Liz and Oliver in the evening (obviously).

We got up and left quite early for Canary Wharf. Canary Wharf is known as the New York of England, and so I was excited to see it. When we reached Canary Wharf, I didn’t have any problem figuring out why it was called so. It was very different from the rest of England, which was very traditional-traditional with houses complete with white lace curtains, slanting rooftops etc. This was different. There were skyscrapers all over with lots of people rushing to work. 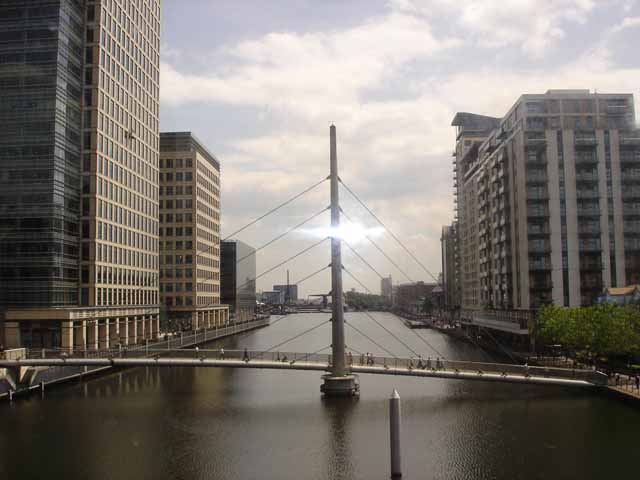 Anyway, we changed to the DLR from there. The DLR trains were made almost entirely of glass and they operated a little above the city, so you could see the city below you from the train. It was beautiful☺.

We reached Greenwich and located the Royal Observatory which had the Prime Meridian. It was a ‘5’ minute walk away, through a huge park and all, which was again, beautiful☺. 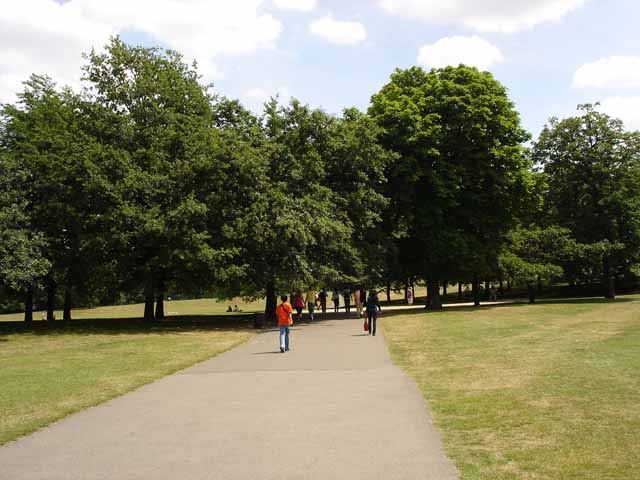 We reached a small hill on which the observatory was situated. It was quite a hike, and by that time my Honey was feeling very tired, so she decided to sit down on a bench there.

We carried on walking up the winding road. At first it didn’t look too difficult, but after sometime we realized it wasn’t that easy climbing to the top :P. We finally reached the top, and from there I could see the O2 arena☺, the place where MJ was going to perform his last set of concerts, ‘This is It’ before his death☹.

Anyway, we reached the top after the long hike, and we could see the museum in front of us. It was made like a house and there were very small rooms. There was a really huge sundial outside. There were school children all around us and the place too was quite crowded. There were different exhibits there and they had some old time-keeping devices, and those used to measure latitudes and longitudes.

We finally reached the main deal – the Prime Meridian – after making our way through the museum. It was a thick brass line, about 6 inches wide and it had a type of design inscribed on it. Along the line were mentioned the cities and the time in that city with respect to the Meridian. I stood bang in the middle of it, it was very exciting to think I was standing on the prime meridian, especially after we had studied about it just a few months back☺ . Imagine – standing on Longitude 0 deg. – the centre of world time!

After taking a few pics there we made our way back down, it was very easy coming down, and honestly, it was quite a lot of fun. As the path was a slope, you could just let go of yourself☺. We then made our way back to the tube station; Honey was not feeling very well so she carried on home.

We then went to the Criterion Theatre at Piccadilly Circus for our play, “39 Steps”. It was a nice experience to watch a play in London and the play itself was nice and a wee-bit funny too. There were just 4 people doing the play, 2 of them played the main character and the other 2 did all of the other roles. 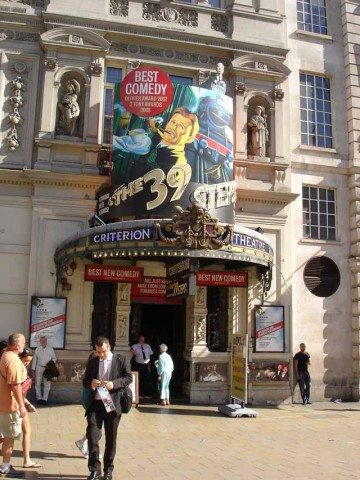 We were to meet Aman and Liz for dinner at Covent Garden near Piccadilly Circus. This is a very interesting place. There are street performers doing live acts like balancing and juggling, and both together as well. One performer was juggling with a chainsaw while on a unicycle! I could spend the whole day watching the performers. They have a great sense of humour as well. My mom and I saw one street performer that we had seen on our last trip to London, which was 3 years ago!!!!!!!!!!!!!!! As they say, it is a small Covent Garden☺.

Covent Garden – Guess who? One from my last trip

Aman showed us around. We had flavoured frozen yogurt in a nice little café. After that we ate at an open air restaurant. There was seating inside as well, but outside was much more fun. The evening was very enjoyable with Oli, Aman and Liz. After the dinner we took a peaceful and beautiful ‘5’ minute walk to the Waterloo tube station. Aman took us along a very ’photographic’ route, and if you have been reading my earlier posts, you would have figured out what my dad did most of the way. Yes! He clicked his heart away☺. 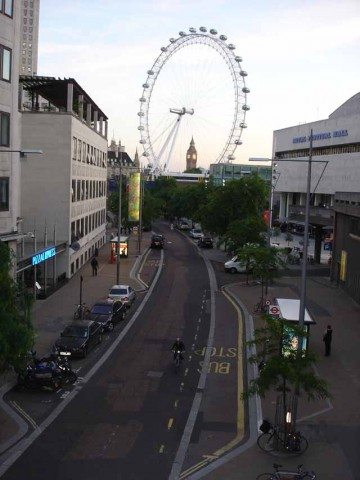 When we reached home I got the biggest shock on my trip to London, France were out of the world cup and Thierry Henry was said to retire from international football☹. 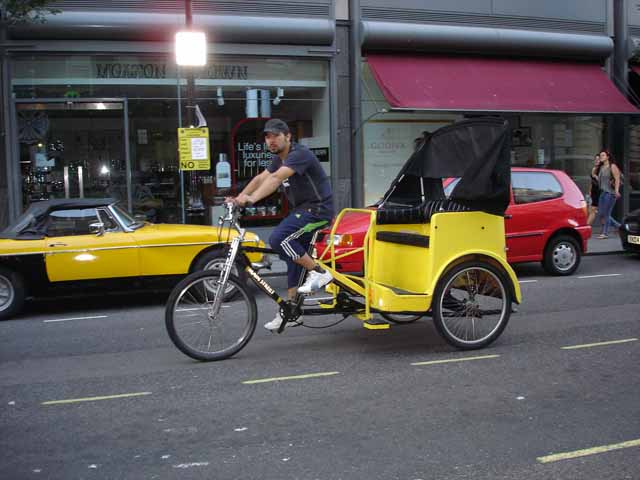 Anyhow, we again watched a re-run of Who wants to be a Millionaire before ending a very hectic day☺.

Coming back to the music. Those were the days when patriotism rode high with the pride of a successful freedom struggle still fresh and a series of wars with the neighbouring countries. Aao bachchon tumhein dikhayein jhanki Hindustan ki was another travel song with generous sprinkling of patriotism or should I say the other way round. The song has impeccable rhyme and rhythm and the pace ensures that you cannot stop yourself from tapping your feet.