After plying smooth for few days on NH-8, our next destination was Dwarka. Diu to Dwarka is a long distance through the most wonderful coastal HW. Retaining the mystifying visit of the fairy land Diu, we were on our way to reach the revered Porbandar and Dwarka. Distance between Diu & Dwarka is around 320 km via Veraval- Madhavpur-Porbandar. NH 8-E has a dead end at Bet Dwarka another 25 km from Dwarka upto the coast of Arabian Sea. 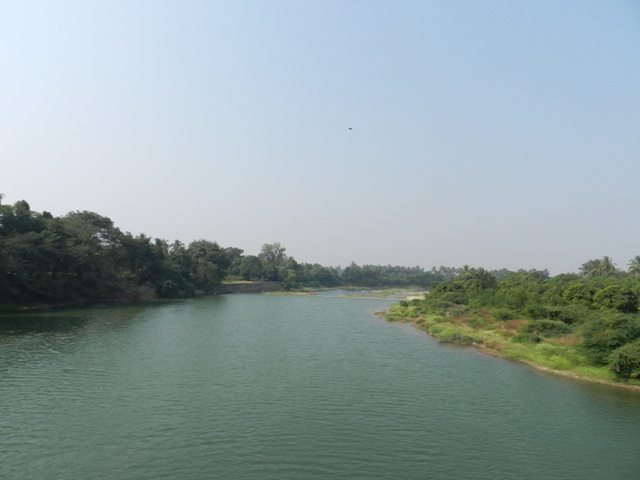 On the way to Porbandar

We planned a must visit to Porbander hence an escape to Mul Dwarka was decided which is at a diversion after Kodinar. As decided we started as early as 7 am and get set go, except for fueling and picking some Gujrati snacks simultaneously on the way. Soon we reached Mangrol, an over-crowded fishing town with rows of fishing boats in swamps adjacent to the road. A very pungent smell of dried fishes in the air forced us to escape the scene on top gear. On the way hurriedly captured few photos of large fishing boats getting constructed by local craftsmen. 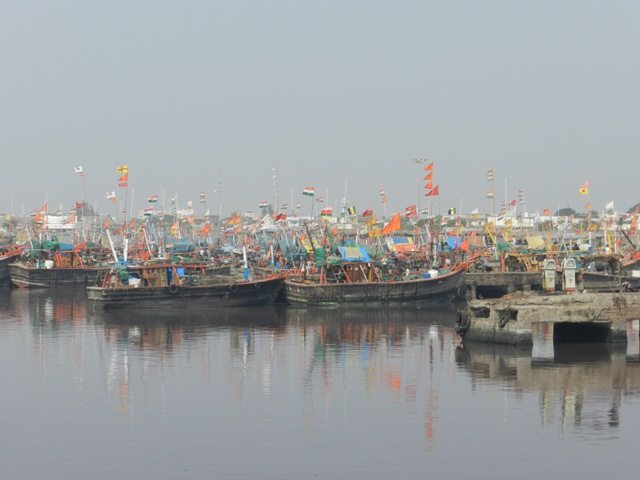 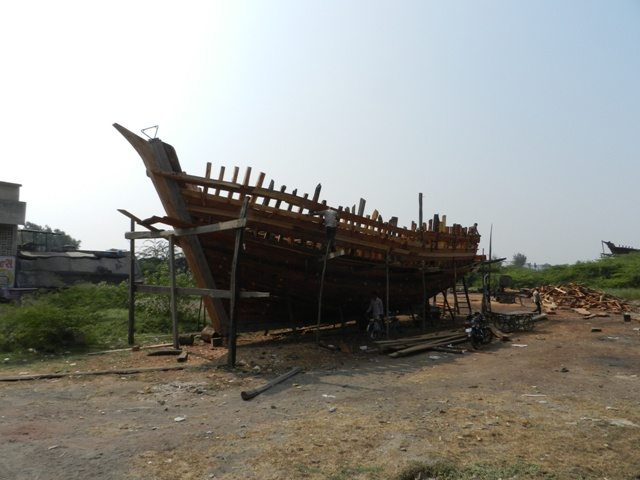 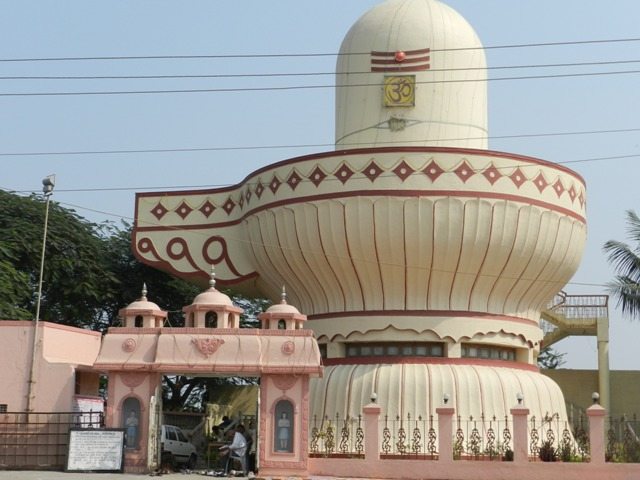 About Mangrol (Compiled from wikipedia)

An irresistible and compelling stopover with many other vehicles on the road side beach enjoying fresh coconut was one of my most memorable drives. Porbandar, another 60 km from Madhavpur and further reaching Dwarka the same day forced us to leave the magnificently hilarious spot, gloomily.

After sipping the fresh coconut while grasping the majestic view and clicking photographs of the breathtaking scenery, we were back on wheels.

Porbander is a bustling town, a narrow lane reaches to the entrance of Kirti Mandir, 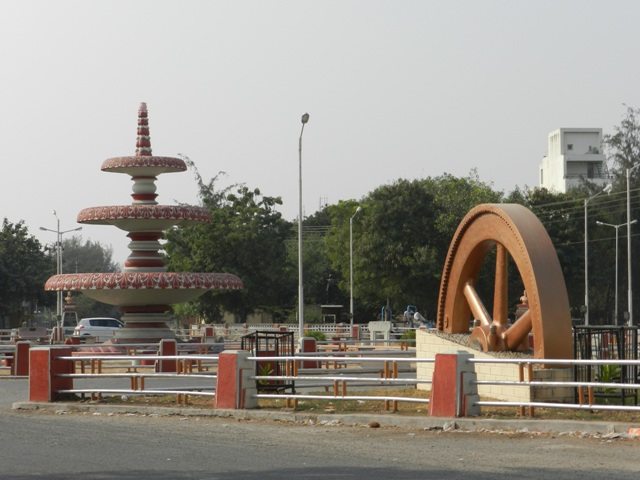 About Kirti Mandir (Compiled from wikipedia)

“The original three storied house is built like a Haveli, purchased by the great grand father of Mahatmaji, Shri Harjivan Raidas Gandhi, some two hundred years before, in the seventeenth century, from a local woman and the upper stories were added over the years. It was this house where Gandhiji’s father Karamchand, uncle, Tulsidas and grandfather Uttamchand lived, who had been Prime Ministers (Dewan) to the Jethwa Rajput rulers of the princely state of Porbandar. 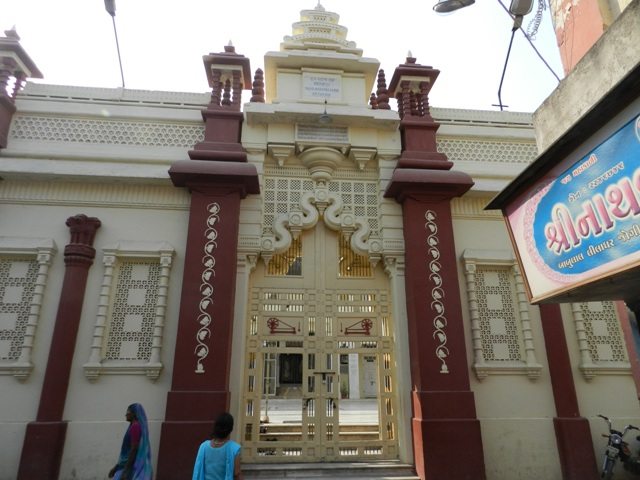 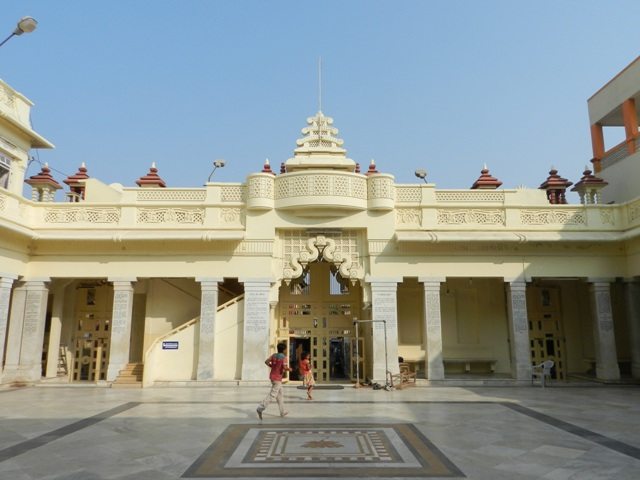 The foundation stone of modern structure and attractive Kirti Mandir was laid in 1947 during the lifetime of Gandhiji by Shree Darbar Gopaldas Desai. The whole credit of constructing this national memorial of Mahatma Gandhi goes to the famous industrialist, Nanjibahi Kalidas Mehta, who not only initiated the idea to build a memorial but also donated the whole money purchase the ancestral house and also to build new complex called Kirti Mandir. 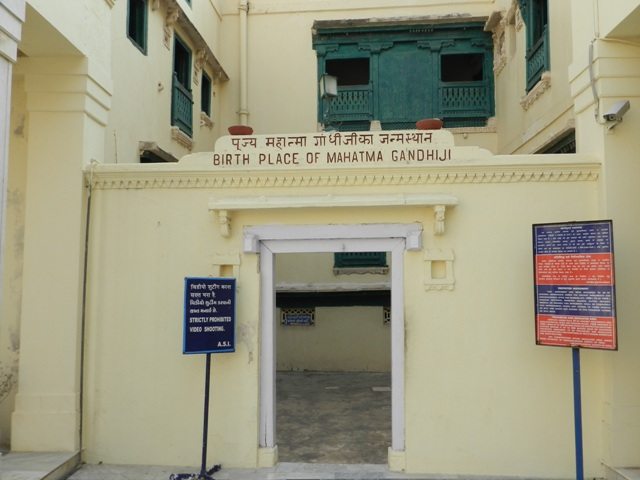 The memorial was completed in 1950, by which time Gandhiji was no more. The memorial was named Kirti Mandir and then Home Minister, Sardar Vallabhbhai Patel inaugurated and declared open this place for public on May 27, 1950. Afterwards this beautiful memorial was handed over to the Central Government of India.

The height of the temple is 79 feet symbolizes the 79 years of lifespan of Gandhiji. The monument Kirti Mandir is a symbol of religious integration of six religions, the architectural elements of Hindu, Buddhist, Jain, Parsi temple, Church and Mosque are symbolized at Kirti Mandir integrate, which symbolize Gandhiji’s respect towards all religion.

The whole architecture of the Kirti Mandir was done by Shri Prushottambhai Mistry, a resident of Porbandar. He completed construction within two years of time limit by working for days and night himself.

There are life size oil paintings of Mahatma Gandhi and Kasturba kept side by side in the centre of Kirti Mandir. Gandhi wanted that he should not be made a God and so, keeping his wishes, floral garlands are not used. The auspicious words, ‘The Truth’ and ‘Non-violence’, symbolizing his life and preaching are placed near their feet. 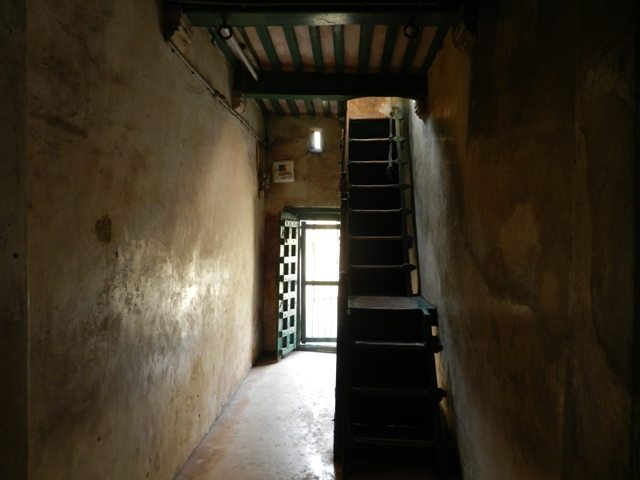 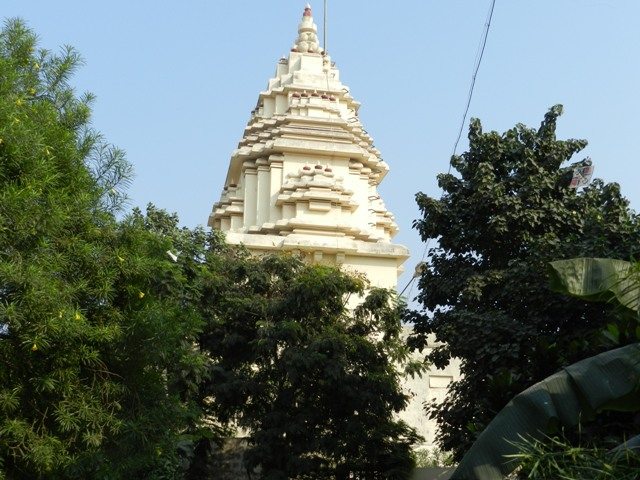 On the right side there are two rooms as the memorials of Maganlal Gandhi and Mahadev Desai, and the room on the left hand side is meant for the exhibition of the museum. These three rooms contain articles of Khadi Bhandar, things of handicraft, the centre is for the sale of books, the office-room and the reception hall. Kasturba-Mahila Library situated in the Kirti mandir. 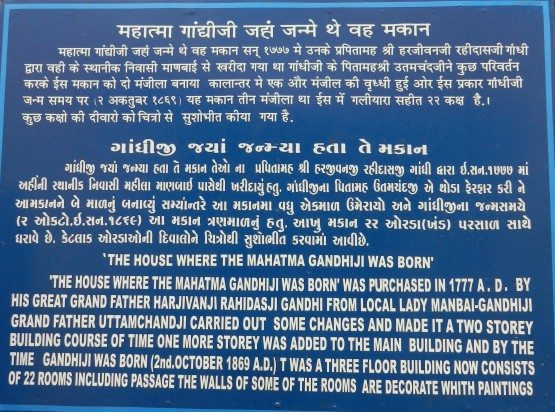 House where MKG was born

The Kirti Mandir is the main tourist attraction of the town. As well, many foreign dignitaries and Indian politicians visit Kirti Mandir, which houses the ancestral house and birthplace of Mohandas Karamchand Gandhi. The place where Gandhiji was born is marked with a Swastika for identification.” 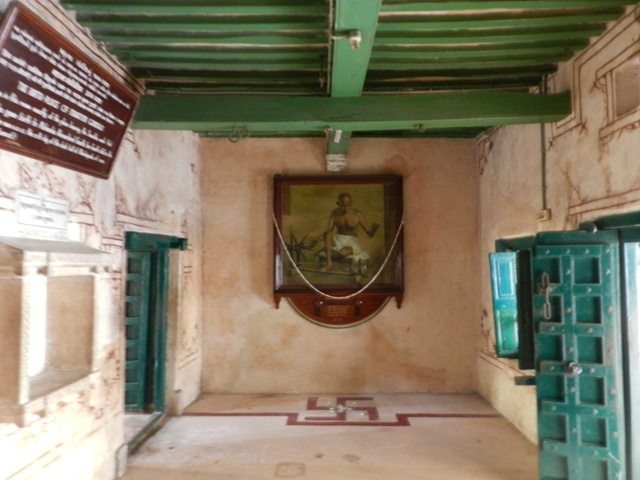 Back lane, lies the parental house of Kasturba Gandhi, least visited though, now a preserved and protected monument. Known to all, the prominent role played by Baa, in Gandhiji’s life as his wife and later in his mission is indispensably distinguishing. 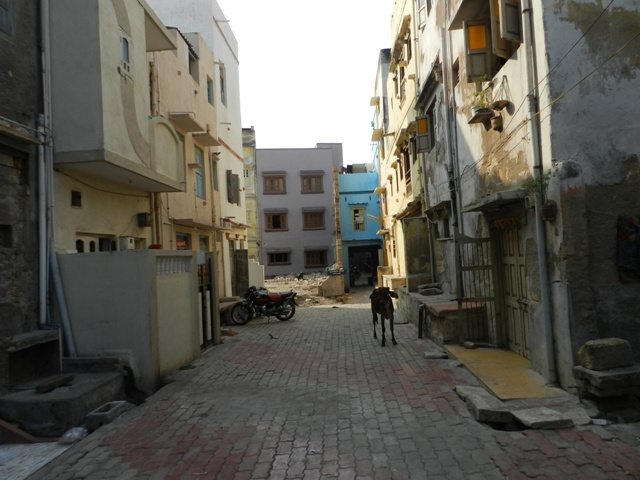 Lane to Parental House of Baa 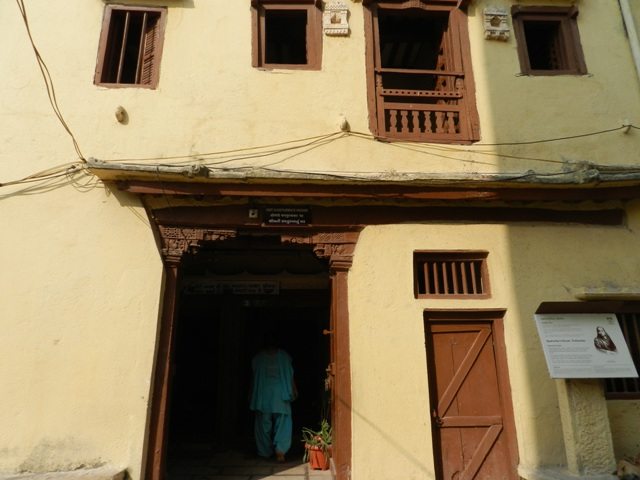 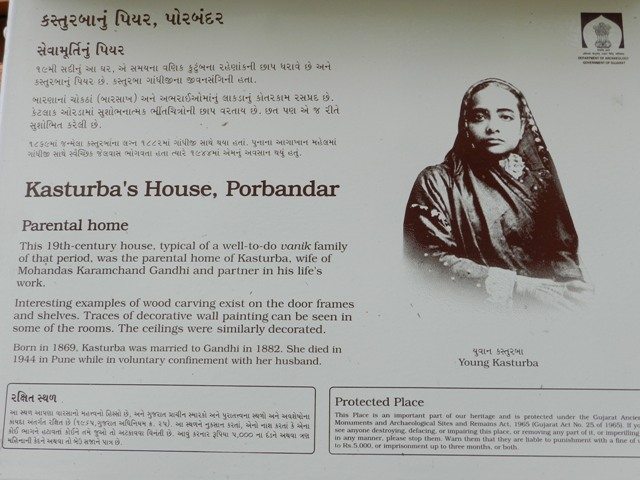 Unfortunately, we couldn’t stay back to visit the other sites in Porbandar and were back hitting the shining tar of NH 8E in a haste to reach Dwarka, before it was too dark. The landscape suddenly turned more charming, greener and refreshing as we rolled further. Dense palm trees alongside the straight black road with flocks of migratory birds flying high in formation were exhilarating the already excited hearts. 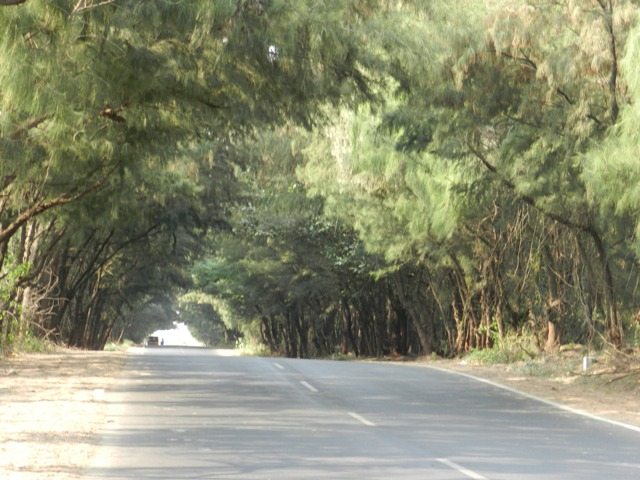 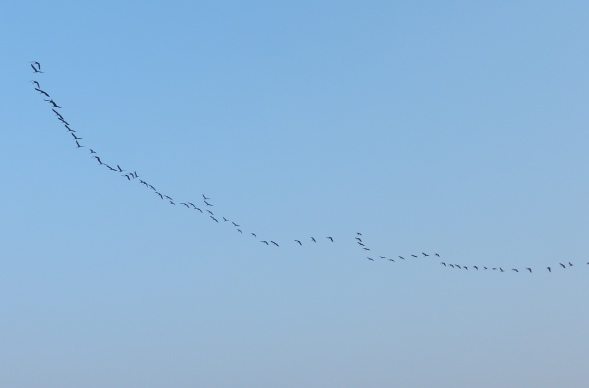 Road journeys – Diu to Porbandar, Land of the Father of Nation was last modified: October 14th, 2021 by AJAY SHARMA

Today was our 15th and second-last day in England. Our plan for the day was to be at the beach in the morning, then go to see the Spinnaker Tower in Gunwharf Quay in the afternoon, and finally take our Coach back to London (we’re in Portsmouth, remember?)