Hi! I am Shubham Sarcar, a student of class 8, DPS -R K Puram. Some people may know me from before, from my last year’s London travelogue, and some from even before that, when I was in class 4 and had written about my trip to Garhmukteshwar. This is the first of my second series of articles about my visit to London, and I hope you enjoy it.

Day – 1
We said our goodbyes, and after loading up everything, left for the airport to catch our flight to London☺. We picked up an orthodontic toothbrush on the way to the airport, as I now had braces, and so the main bee in my bonnet was how I would eat the lounge food and the in-flight meals, although the food is not exactly to die for, but never the less……..
I was thoroughly enjoying the ride to the airport, thinking about all the stuff I had been planning to do (basically stuff which we couldn’t get around to the last three times) since January 2011, the stadium tours, Belgian waffles, crepes, Burger King, Everything☺. We reached the airport and the first thing I did was to click a picture of the terminal, the first of London ’11; you know, to get the ball rolling, as John Dykes would say. 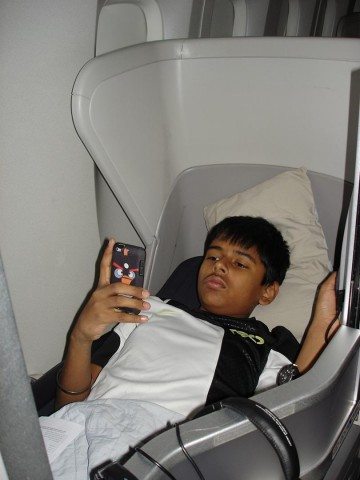 Anyway, we got for ourselves two of those luggage carrying supermarket-cart-but-bigger thingies, and god knows why, but I got the ultimate thrill running with it, full speed, outside the terminal, and watching it come to a sudden halt the moment I took pressure off the handlebar, basically releasing it . I eventually stopped once we were inside the airport, that too only because of the lack of space. We then went to the luggage check-in counter, and as we were checking in the pieces, mom met one of her school friends, they chatted for a while, and we learnt that his son was in my school and grade. Oh, the tininess of this world.
Anyway, we powered through the formalities and were ready to attack the duty-free. I strolled through the rows and rows of fragrances, which you have got to admit is pretty useless stuff, hoping to find something worthwhile, but even after taking a full circle of the place, I couldn’t find anything useful.

After about half an hour of mindless walking, browsing through everything from fragrances to sandwiches. I finally gave in to mom’s constant droning, and went to the lounge to generally hang about and eat stuff.
We found a comfy sofa there, and binged on everything, starting from patties to a full meal consisting of rice and a meatball curry, even though we had eaten dinner just before leaving and knew very well we would be served dinner on the flight too. After finishing the food, I drank about 4 cups of hot chocolate, and by the end of it all, I swear I heard my intestines cry. 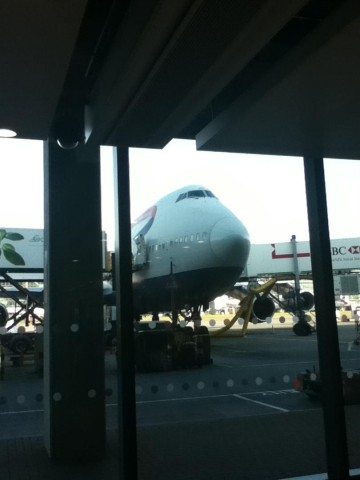 We finished our food 40 minutes before we were to leave for the gates, and within about 2 minutes of doing nothing, I was bored, so I ran to the computers in the lounge and updated my status. After about half a minute, I was bored of that too, so I started sending my friends ‘you up?’ texts, at 1:30 am. One of them actually was, and so I spoke to her till my mom woke up from her slumber, and it was time to start boarding.

We got on those walkways (flat elevator things), and I honestly started felling bad for the people who couldn’t grasp its concept, and were actually walking on it. Anyhow, we reached the little waiting area, and I managed to get myself one of those roller coaster recliners, facing the runway, with only a sheet of glass separating me and the nose of the plane.
After about 10 minutes of reclining there, the announcement that boarding has started was finally made. Mom and I reached our seats, made ourselves comfy and braced ourselves for take-off with a magazine each. I started fiddling with the seat controls, but then recalled that you aren’t allowed to start changing the angles until after take-off. So I gave up and started going through the in-flight entertainment schedule. The take-off got delayed by about 15 minutes, but I was too excited to mind☺.
I had already decided on the movies I was going to watch, & as soon as the plane took off, I was restlessly waiting for the in-flight entertainment to start, having already changed into comfy loungy flight clothes. Until then I was generally fiddling with the seat controls, going from 90 degrees to 180 degrees, till I found my happy place, which would stay happy for about 3-5 minutes, before I had to change the angle.

Anyway, I watched “Killing Bono”, a movie based on the real life of Sam & Neil McCormick, classmates of U2 lead guitarist, the Edge & a close friend of Bono. While I was waiting for the second half of the movie to begin, mom might have gotten tired, & so she asked me to sleep. I protested, but to no avail. I slept for most of the second half of the journey, & woke up only minutes before breakfast was being served. I had a light one & post that I went to change back into my outside clothes. We were scheduled to land in about 5 minutes, when I caught a glimpse of England, it looked more beautiful from above, & I was literally jumping out of my seat in excitement.

I took a video of the landing on my iTouch, & I have got to admit – it was quite awesome. We cleared customs quite quick & decided to eat breakfast before proceeding to Mausi’s place (for the benefit of the newer reader – she is my mom’s Mausi’s and is henceforth referred to as everyone’s Mausi). We reached the lounge, & the first thing my mom did was to run in for a massage. I decided to take a quick shower before breakfast & so I strolled down to the not-so-little cylindrical shower rooms, in no rush whatsoever as I was quite content with life as it was and wanted to savour every moment of being in London. By the time I came out, my mom’s massage was done, & so we had some hash brown, toast, scrambled eggs, sausages & salamis together. Afterwards, I generally lounged around reading all the sports sections in every newspaper, before we left around 9:30 am GMT. 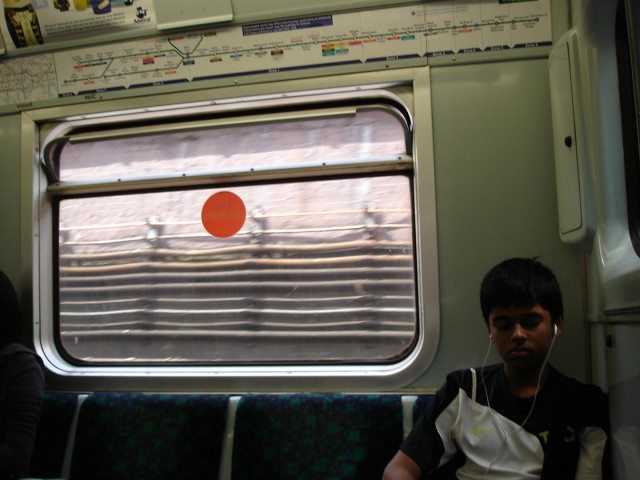 London Tube, on the way to Hornchurch

I generally got an idea to record how much time it takes to go from the last tube station in the West, which was Heathrow, to the 3rd last tube station at the other end of town, which was Hornchurch, where we were headed. So the moment we got in the tube, I switched the stopwatch app on. It took us 2 hours 8 minutes & 44 seconds, excluding the time taken at Hammersmith, changing from Piccadilly to District line.

We reached the Hornchurch tube station & memories of our last year’s trip flooded back to me☺. My mom & I carried all of our stuff up the stairs of the station before finally checking out of the station & looking for a cab to take us to Mausi’s house.
We hired one from the cab stand next to the station & post loading our bags in the cab, it hardly took us more than 10 minutes to get to Mausi’s place. 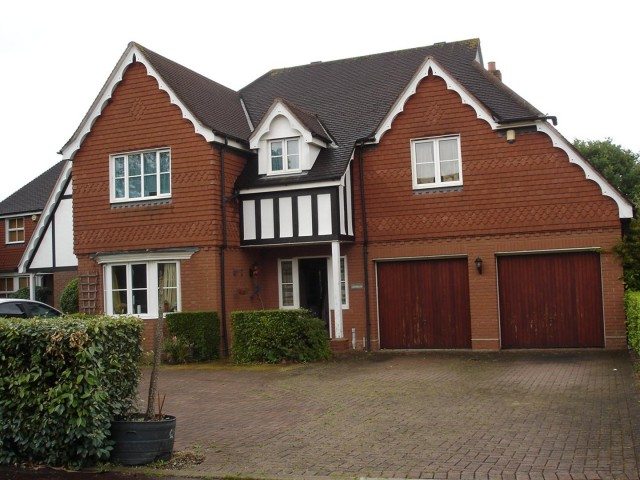 Hornchurch house, where we stayed

My mom opened the door with the spare key & we were finally in☺. I generally took a round of the house to see what all has changed, although I could not find any significant differences.

Mom & I lounged around for about an hour. After that she went up to unpack & I plonked myself in front of the TV. Only re-runs of 2 ½ men & Scrubs were airing all day, but I didn’t mind. I got through about 2 episodes of each before mom was finished unpacking. It was about 2:30pm, so we decided to get ourselves some lunch. We planned on eating fish ‘n’ chips and just assumed that we would get them almost everywhere, you know, this being England. But none of the restaurants we came across provided us a place to sit & enjoy our fish ‘n’ chips. 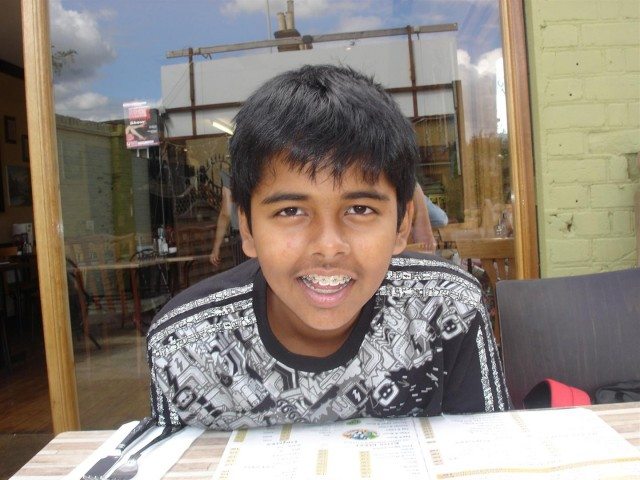 Garden Café, in the background

After about 40 minutes of looking for places, we finally found this little place called Garden Café. We glanced at the menu, & even though they didn’t have fish ‘n’ chips, the other stuff looked quite interesting, & we were extremely hungry by then, so we just picked a table outside & decided to order. Mom & I ordered the same thing, Lamb Cutlet with a side of chips. We had food on our table within 10 minutes of ordering, & the stuff tasted quite good. Halfway through our meal, the owner, a pleasant gentleman, came to ask about the food & make general small talk. He seemed very nice & warm, and that extra effort of his to come & talk to us made us want to go back there☺.

Post our lunch we decided to generally roam around the streets of Hornchurch before going back home around 5pm. 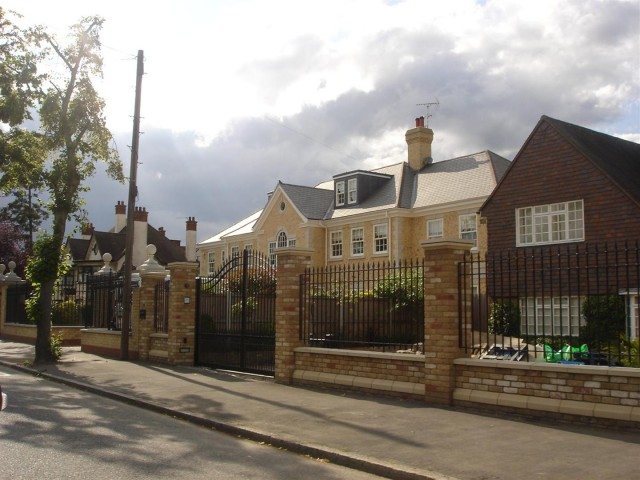 Within minutes of our reaching home, Mausi walked in. We said our hi’s & chatted for at least an hour before leaving for Sainsbury. We (I) shopped like crazy, buying everything from breakfast cereals to midnight snacks & more than enough to last our 16 days, or so I thought. We got back home by about 8:30 pm, & I recalled from our last 3 trips to this island that it was broad daylight & it was going to be there till about 10:30 pm. 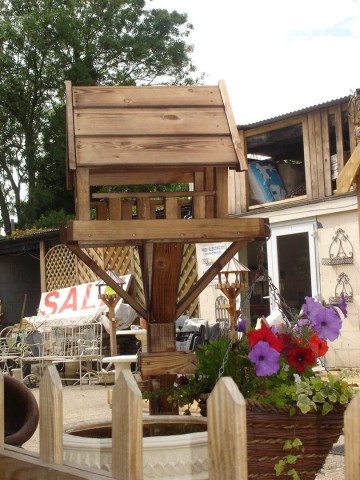 Anyhow, upon reaching home, I took out my to-do list for London 2011, & I wanted to check out at least one of the top two boxes, which had written next to them “Visit the Emirates Stadium” (Arsenal FC’s home ground) & “Visit Wembley” (English football team’s stadium) by the end of Day 2. But even if I could get a stadium tour the next day, my to-do list for life would still have to wait, as there were no live matches being played during our visit in both the stadiums.
Anyway, I ran to the computer & booked a stadium tour of the Emirates for the next day, & after a nice English dinner consisting of a steak & pie, I finally went to sleep ending our fist day in London☺.