Our plan for the day was to leave the house around 9 am & take a ferry to and from the Isle of Wight, and after that drive back to London in the night. 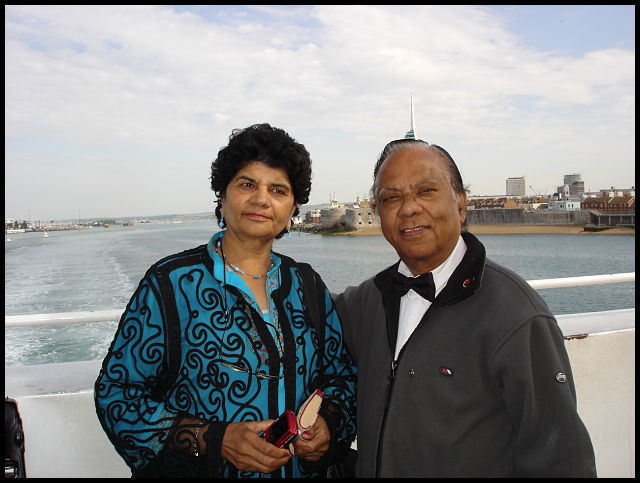 I got up a little late, so had to get ready fast so I could reach down for breakfast & then help in the loading process. I reached downstairs & saw every woman member of the house in action!! My mom & Mausi were making sandwiches for our trip while Renuji was making breakfast. My dad & Mausaji had sat down for their breakfast & I joined them. 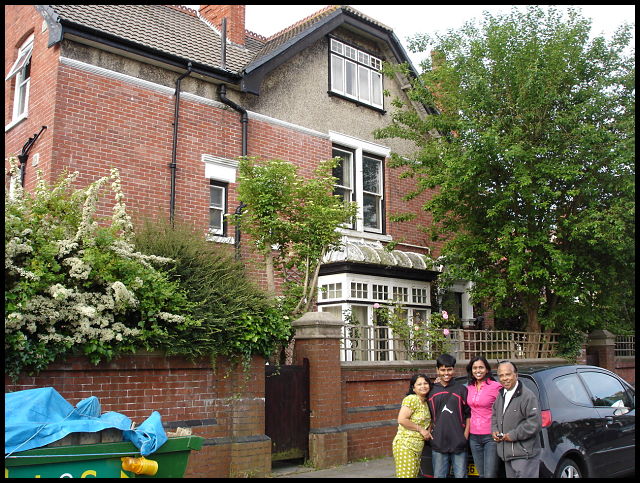 We packed our sandwiches in a bag, loaded them in the car & then started a photo session around the time that we were supposed to have been at the ferry. Mausi got angrier with every photo we took, and we took about 100 of them, that too just in front of the house!! As you would have guessed, mausi almost drove off without us. We finally left around 9.45 am. We reached the dock & booked ourselves on our ferry. It was about 20 minutes to the Isle of Wight. 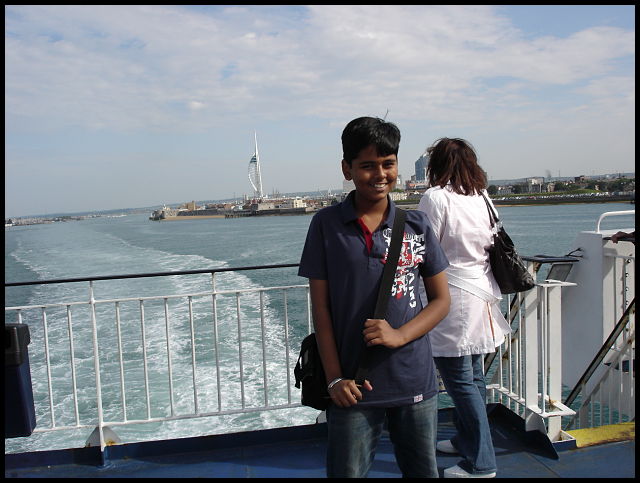 On the ferry to Isle of Wight

The ferry finally came & we drove into the parking, which was under the deck & then took the stairs to the deck. There was a lounge type seating area inside, but all the seats were full, so we decided to just stand around. Me & my dad went to the upper deck & started taking more photos. After some time everyone joined us, there was a really nice cool wind blowing☺. We found some seats on the upper deck & everyone just parked themselves onto them. I sat for sometime but then decided to take a look around. There were some cargo ships out there and I took a whole load of pictures. Anyways, we reached the Isle of Wight, drove out of the ferry & tried to establish a plan. We figured one out & first went to Osborne House, the summer retreat of Queen Victoria . We decided to make a video of our day out, but the handycam wasn’t working. 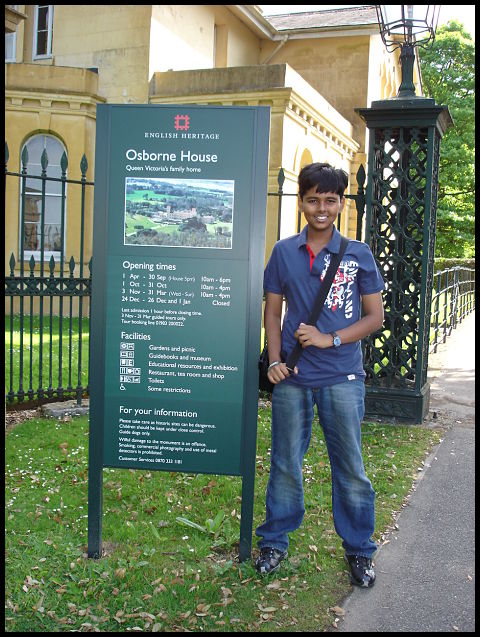 We tried not to use-up (waste) too much time there & continued. The greenery & nature aspect was really high in the Isle of Wight. I was just amazed by the beauty of the English countryside; it was just green & green & beautiful & green☺. 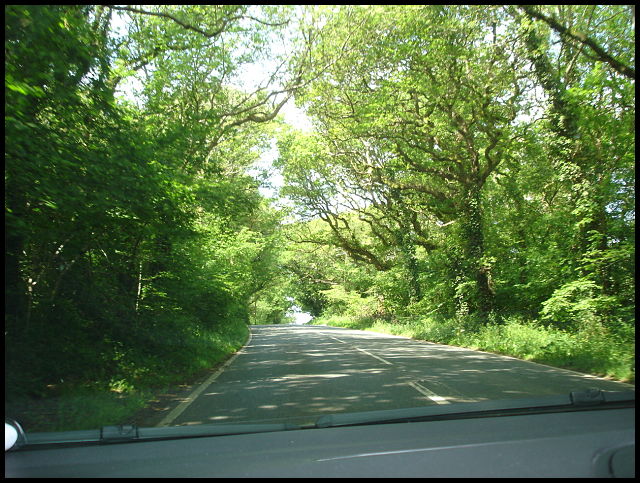 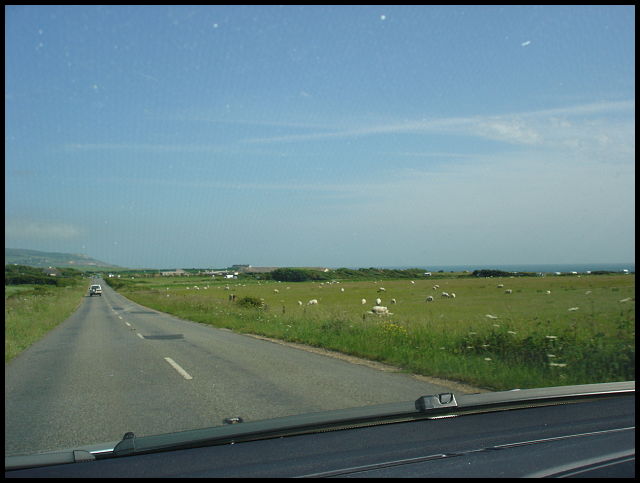 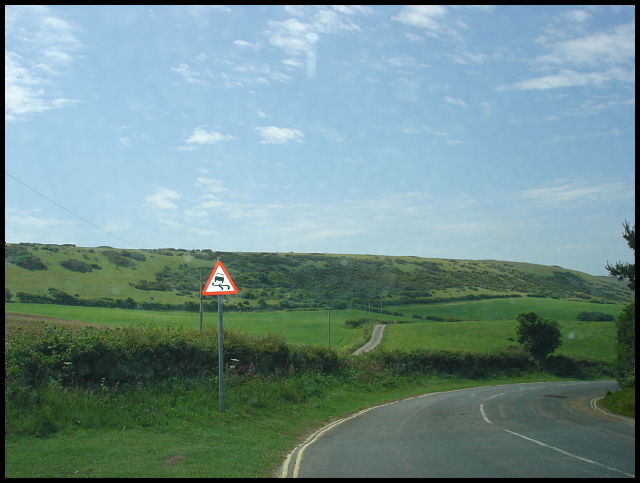 Anyways, our next stop was the Needles Park – it was close to the Needles Point which was two mountains shaped like needles. The main attraction of Needles Park was a chairlift that took you down to a beach from where you could easily see the Needle Point up close. We bought our tickets for the chairlift & got on. 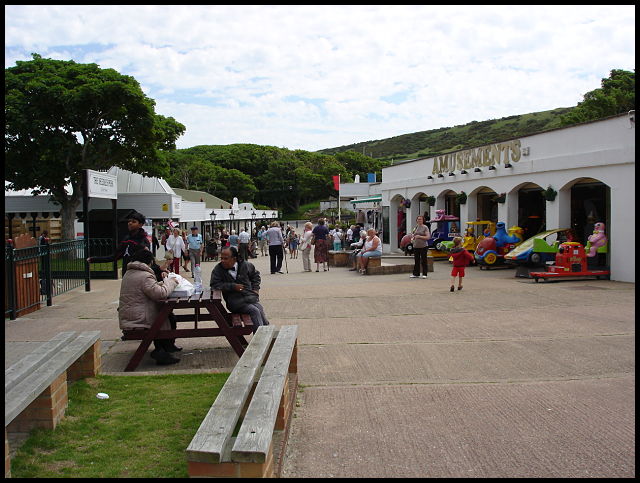 My mom’s biggest fear was that her shoes would fall down☺. My dad was taking pictures from our camera. Anyway, the chairlift took us down to the pebbled beach & we got off. There was a clear view of the Needle Mountains. We just relaxed on the beach. I got up for a while & buried myself halfway to my knee in the pebbles. Come to think of it, it was a pretty stupid thing to do as I had a hard time getting myself out. 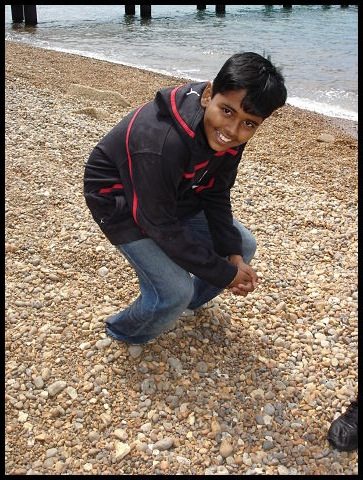 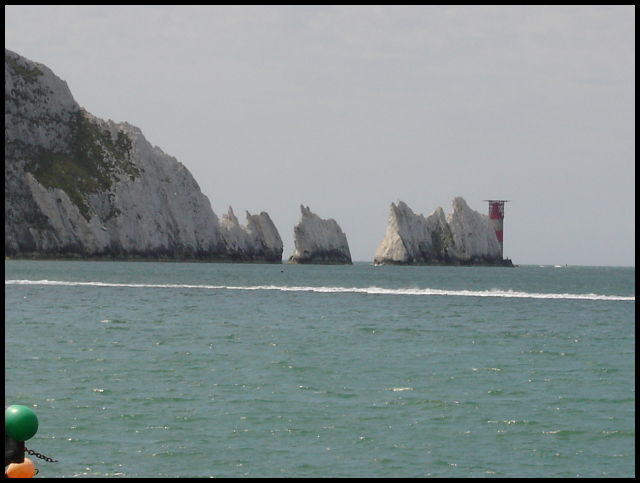 We took the chairlift back up & on the exit there were medals which said “The Chairlift Needles Park”. The medals were under the banner, “If you survived it, you deserve these”. Mausa ji got 3 of them for the 3 brave men, and we had a proper medal giving ceremony, where my mausi did the honours. After the ceremony we sat on the picnic tables & devoured our homemade sandwiches & a kebab platter which we had bought from Sainsbury’s. 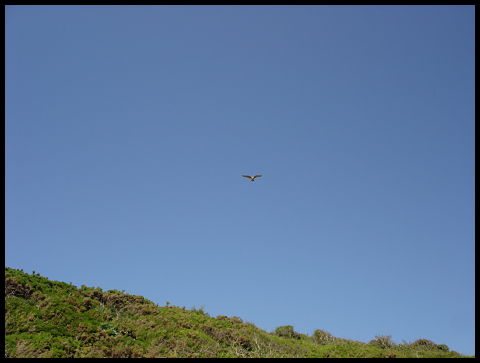 After finishing our lunch, we made a move & decided to go to a show called ‘Waltzing Waters’. It was a whole lot of fountains dancing around to music. 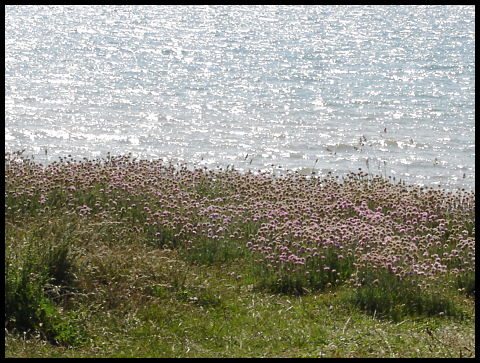 On our way to Waltzing Waters, we saw a Tesco Extra & stopped to replenish our sandwich supplies, but to my mom’s disappointment it was closed. But mom literally started jumping when she saw there was a car-boot sale happening in front of Tesco.
My mom & Mausi shopped for stuff which we didn’t need, while I picked up some Chelsea match-day magazines from 2004-05 season. But the seller was a Hammers’ fan, & every other match-day magazine was of West Ham, even the Chelsea ones were of their matches against West Ham.
It was strange that I met a Hammers’ fan in the Isle of Wight while the Hammers’ resided 10-15 minutes (by tube) from Hornchurch where we were staying!!! So anyways we packed all of the stuff that we didn’t need in the boot of our car & carried on to the Waltzing Waters. We saw the show, it was fountains springing up & down & dancing to songs. 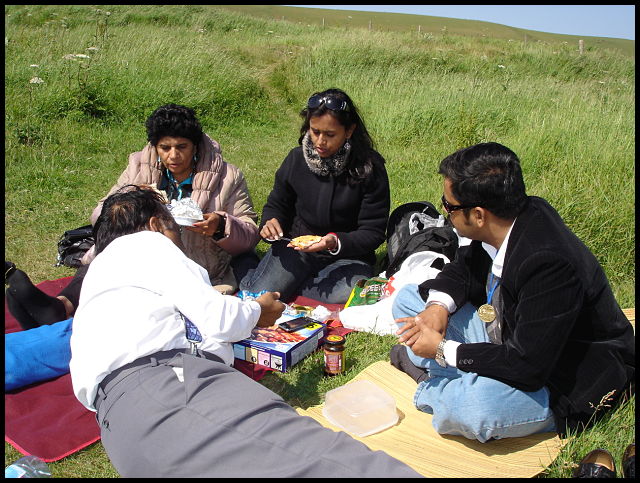 We left that place & went to a cliff with a beach off it. We had a small picnic on quite much the edge of the cliff. We could see the sand beach off the cliff & I was quite tempted to go to the beach but god (and my mom) knows why we didn’t go. Anyways we took a lot of pictures & ate the rest of our kebab platter & carried on. 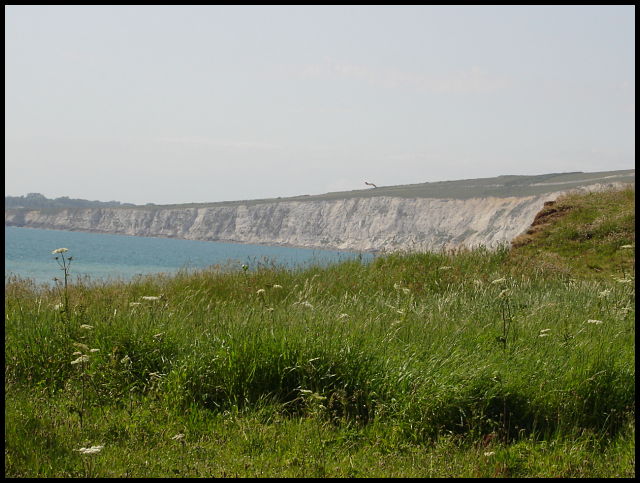 It was time for the ferry ride back to Portsmouth. This time we were one of the first to get in the ferry & got nice seats in the lounge. The landmark Spinnaker Tower was also glowing & with the Clarence Pier lights twinkling, it was beautiful☺. 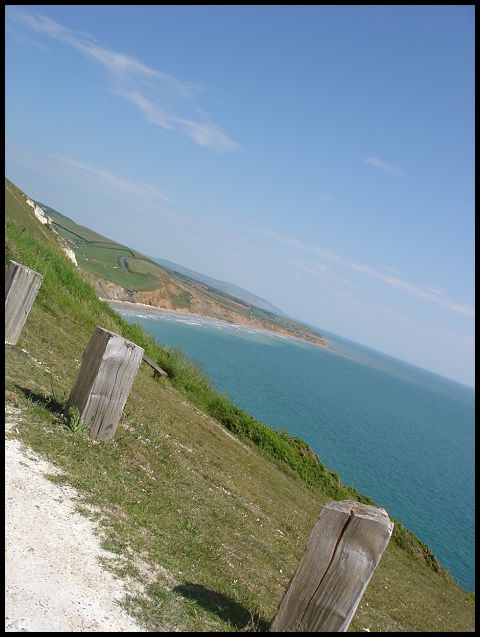 We went back to the Portsmouth house, ate some yummy dinner Renu ji had cooked for us & left for London. It was a long drive, I was sleepy but I remember Mausaji telling us that we were driving over the Thames River at one point.
Anyhow, we got back to Hornchurch & after an especially really long and tiring day I finally crashed………………………………………

Paro is the most gorgeous city in the whole of Bhutan; and far more beautiful than Thimphu (wondering why the king does not stay here). It has the only International Airport in the country, and situated on the bank on Paro River, surrounded by hills. Before reaching to Paro city, we met Paro River on the way and fell in love with it. We immediately stopped the car, got down and went inside a downstream.