It was 5.30 am and the sound of the alarm woke me up. Everything in and around me was cold and on top of it i got a cramp in my left leg and i was feeling the pain.  I moved out of the blanket and put on an extra layer of clothing before venturing out. With a glove in one hand and camera in the other i moved out. I got a bit off balance as soon as i stepped out of the room as the frost made the floor of the balcony slippery. 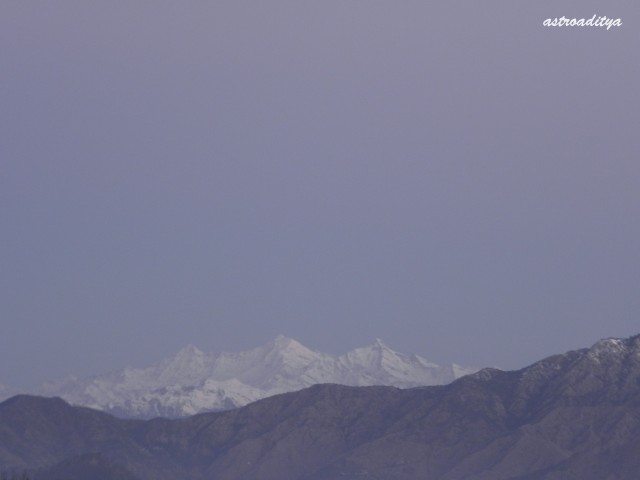 The snow on 31st worked wonders and i was treated to the crystal clear view of the magnificent snow clad peaks of  the Himalayas. With each passing minute the colors in front of my eyes were changing as if the God himself had begun the color riot. 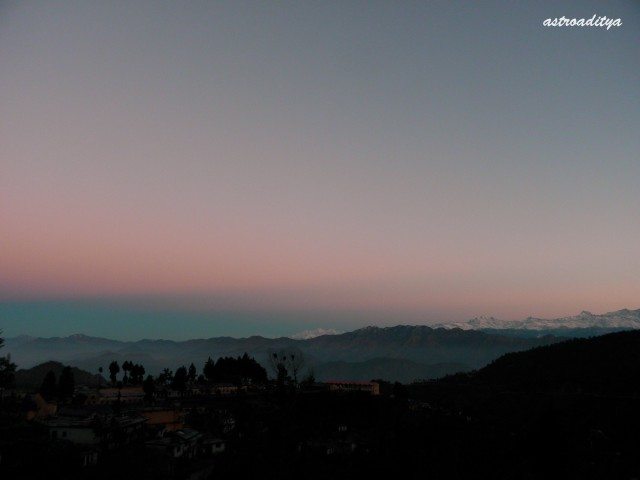 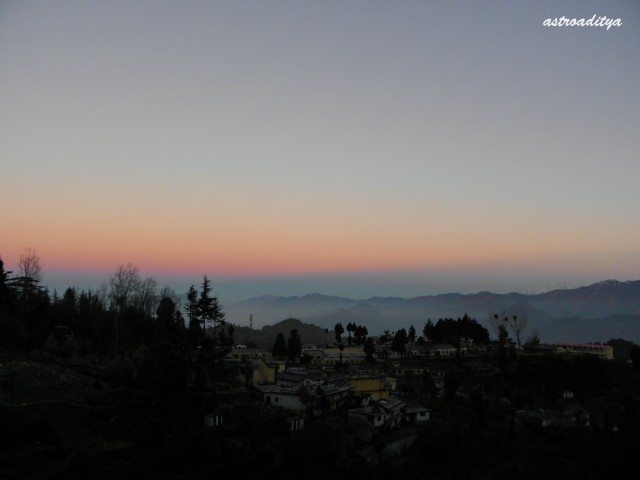 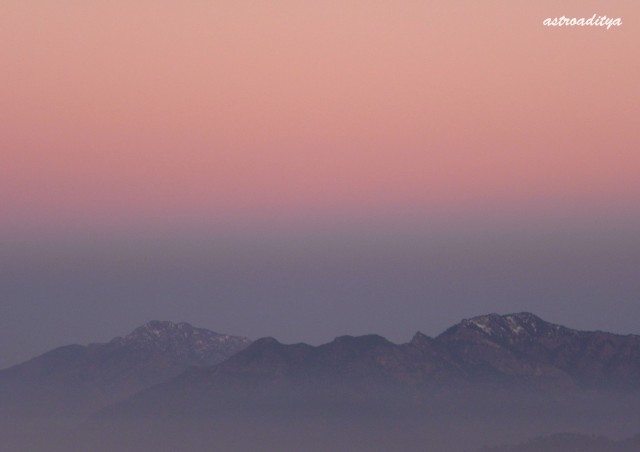 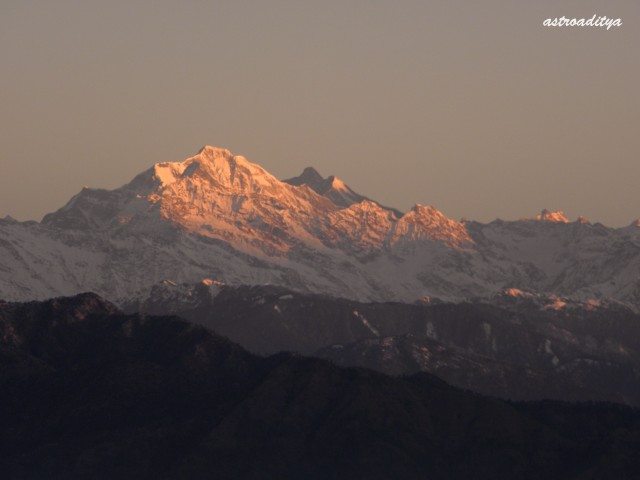 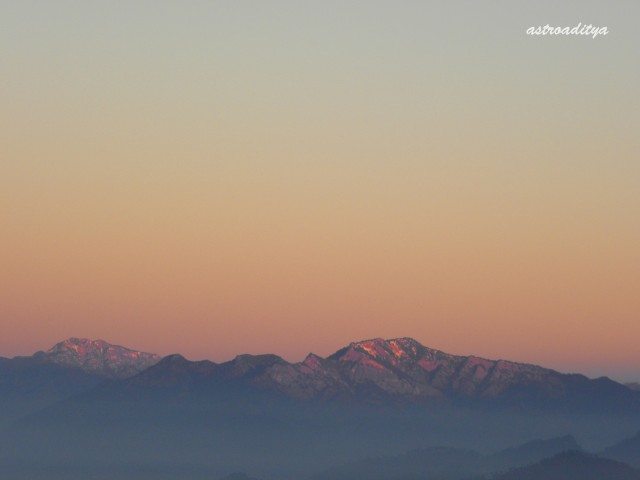 The sun was up and it was all bright and sunny, the clock was showing 8.30 am. So, we went inside, packed our stuff and moved out. As we missed the only bus which left to Srinagar around 8:00 am, luckily we got a jeep which was leaving to Pauri. 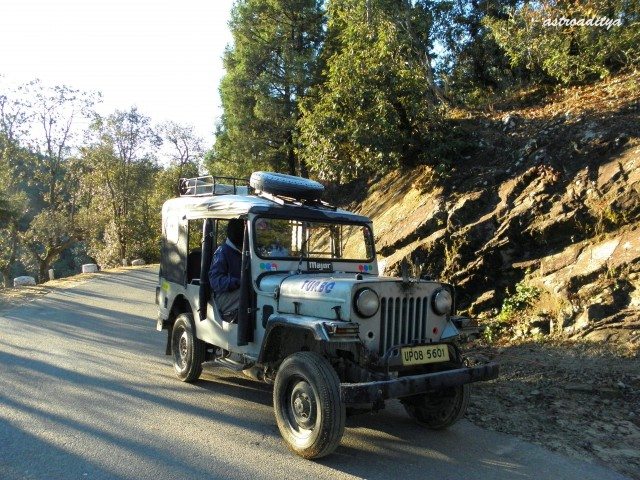 Our ride back to Pauri 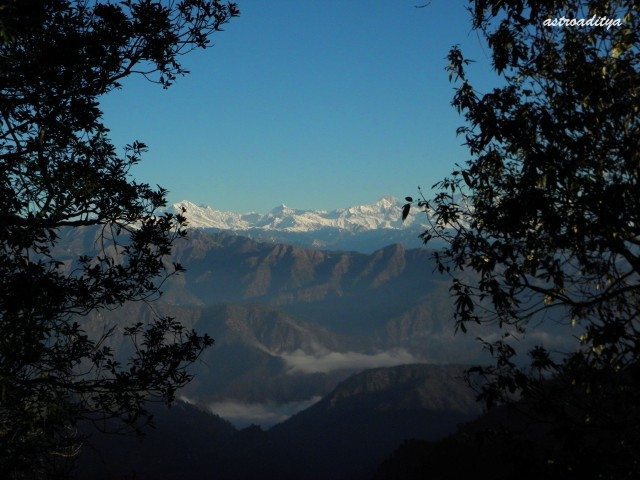 On the way to Pauri

As we reached Pauri, the view from their was magnificent. I got a clear view of the Trishul Peaks. As per the information from the local we went to the bus stand and got a bus to Srinagar. Srinagar is 30 km away from Pauri and it took us 2 hours to cover the same, all thanks to the G.M.O.U bus service and the numerous stops in between. 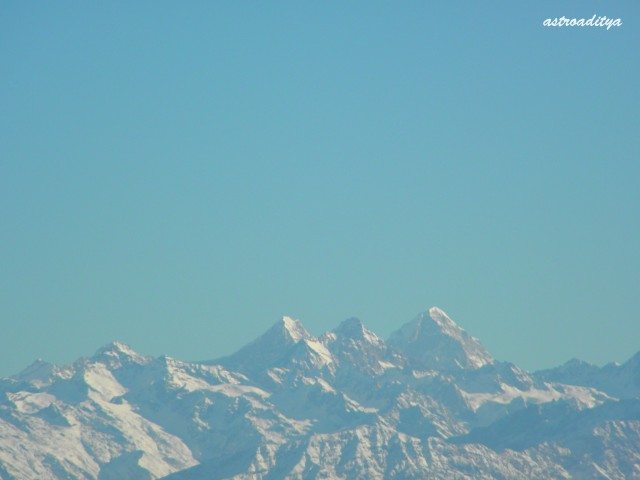 Trishul Peaks as seen from Pauri

We spent close to 2 hours in Srinagar as Adhiraaj met his friend. It was around 1.30 pm that we left Srinagar via a shared taxi. The distance from Srinagar to Haridwar is around 132 km and after a rather uneasy ride, we reached Haridwar around 5.30 pm. The weather in Haridwar was the exact opposite of what we encountered throughout the journey that day. It was all cloudy and cold. As their was no time left to go to Mansa Devi temple, we rushed straight to Har Ki Pauri. 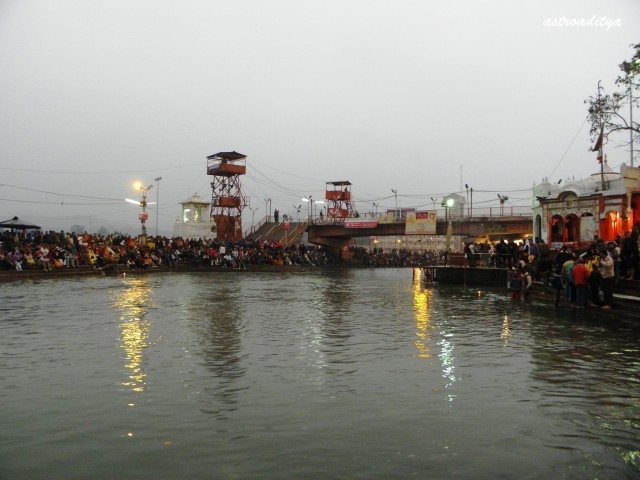 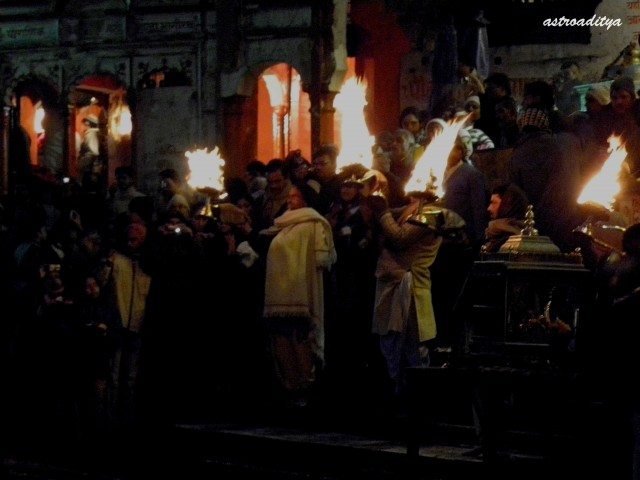 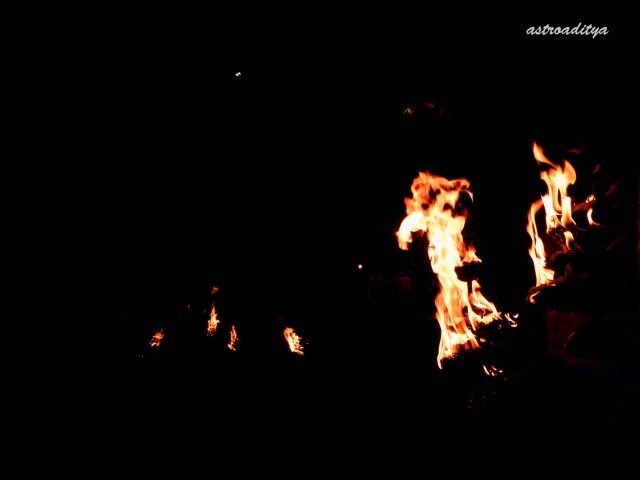 It was 12.58 am by the time we reached I.S.B.T Kashmere Gate, New Delhi. We both were cursing the driver as he took nearly 6 hours to cover a distance of 210 km from Haridwar to New Delhi. We were feeling hungry and we thought to going to Mc donalds as the closing time of Kashmere Gate outlet was 1 am. It was 12.58 am already and as soon as the bus came to a halt, Adhiraaj zoomed out and ran towards Mc donalds of what proved to be his greatest run ever. I don’t know what he did back there, as he was successful in placing the order and our order slip was showing the time 1:00:37 am. Soon we got our order of freshly cooked and steaming hot Burger’s along with Hot Chocolate giving our trip a Happy Ending and a great start to the New Year….. The End…..

Now that I have been in London for quite a while, it will not be a bad idea I guess to try and share…