All the birds have flown up and gone;
A lonely cloud floats leisurely by.
We never tire of looking at each other.
Only the mountain and I

The Himalayan ranges do camouflage well. One could be staring at a swirl of dark clouds and haze and never suspect that underneath the dirty garb hide some mighty peaks. On a clear day when the ashy veil lifts, the peaks rear up, almost magically, like some giant white mushrooms that have sprouted up overnight. The view takes you by surprise and stuns your mind. For a fleeting moment, somewhere deep down, you realize how insignificant you are in the presence of such ancient vastness.

Muktheshwar was no different. It welcomed us with an overcast sky and a cold breeze. Summer notwithstanding dusk rolled in fast and in that faint twilight we could only guess where the peaks could be; a faint band of light, a dark mass, a distant glimmer all these, in our mind’s eye, took the shape of the Himalayan peaks that we had come to see all the way from Chennai. As darkness took hold we retired to the KMVN tourist house to spend the night. We slept listening to the wind-swept rain as it lashed through the branches of oak, rhododendrons and pine trees that cover these hills. We hoped and prayed for a clear morning! 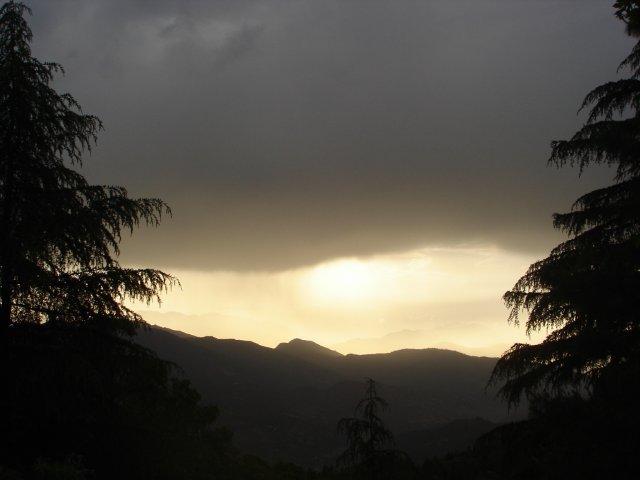 The sky lit up early and as I propped myself up from my bed and looked through the glass windows the horizon looked different. Dark, but sharply outlined, mountain ridges, were clearly visible in areas where, the previous evening, we had seen nothing but amorphous shapes. I grabbed a sweater and rushed down to a better viewing spot; the grounds of the PWD guesthouse a few meters down from the KMVN. As the light brightened the dark peaks whitened up! There they were stretching from my left to right in different shapes – pyramidal, triangular, straight lined all powdered in large patches by ice and snow and yes, very imposing. 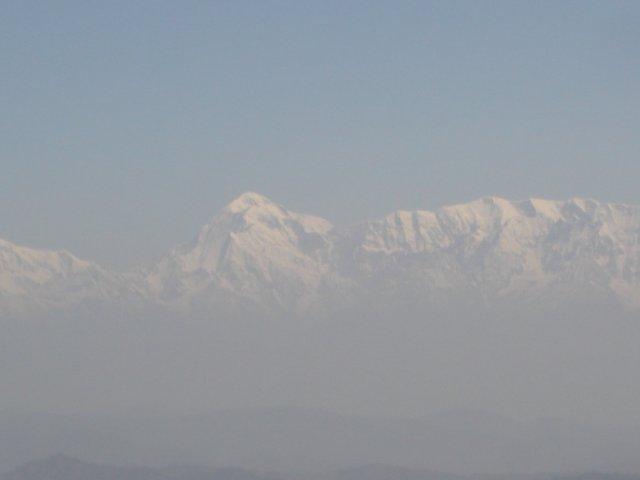 ‘It is a very rare sight’ said Gopal the hotel attendant who had quietly followed me. ‘Such clear views’, he continued, ‘happen on only few days and today is one of them’. He went on to introduce these peaks to me as though they were his old friends. I followed his pointed finger and took the first step of getting myself acquainted to these peaks a little better by knowing their names. The wide backed Hati peak, the swirling ridges of Trishul, the tall Nanda Devi and her neighbor Nanda Devi east and to my extreme right jutting out like sharp teeth of an ancient sea monster the five peaks of Panchchuli.

I stood there for a while sipping a cup of coffee and soaking in the wide vista, as much as I could, knowing pretty well that it may haze over again. After a while it did. I left the place reluctantly to explore other parts of this quaint town.

Large tracts of Muktheshwar are in the possession of the IVRI or the Indian Veterinary Research Institute that was set up in 1893. The cold weather conditions were found conducive for carrying out research on cattle sera and vaccine. IVRI still remains active and one can often find amidst clearings in oak forests staff quarters, PG Hostels and research hospitals.

Jim Corbett, the legendary hunter of man-eaters and author of such books as Man-eaters of Kumaon – a veritable treat that set many young hearts in the past, including mine, racing with lucid descriptions of the jungle, the hunter and the hunted – favored Muktheshwar. The PWD bungalow, which I had written about previously, is reported as a favorite place of stay for Jim Corbett. One can still find some kitchen utensils used then; the caretaker showed me a black kettle which he said was used by the sahib himself! 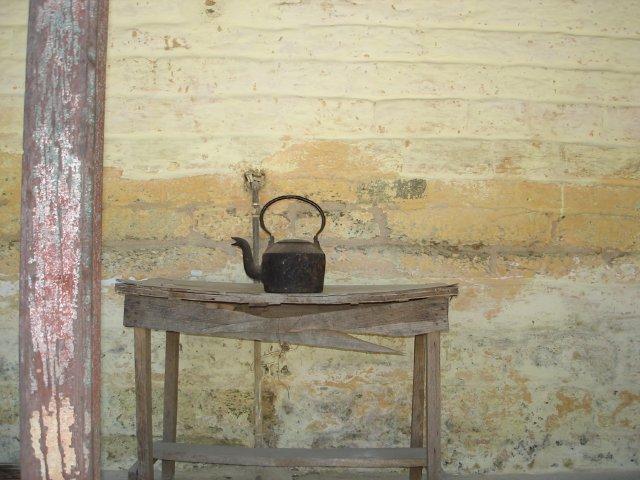 In the woods around this region one can still find cattle sheds that were built more than 100 years back. They resemble mini-forts; high walls and strong doors – a reminder of the wild past when tigers and leopards roamed quite freely in this part of the world. 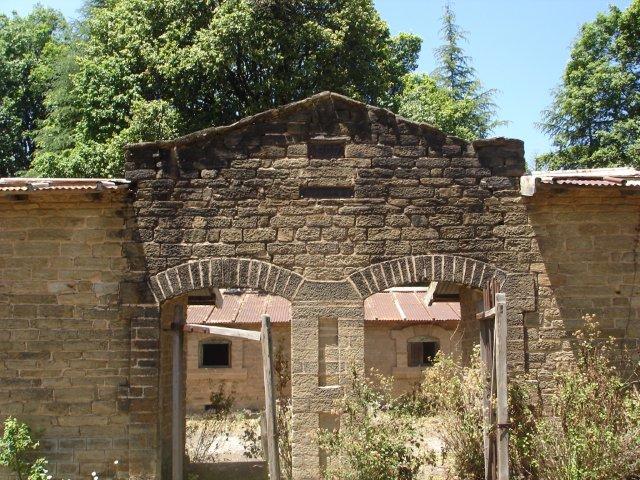 The Muktheshwar temple adorns the tallest point. A climb of close to 200 meters brings you to a small temple where the white-stoned linga resides peacefully under a small wooden structure. A clear-faced, and almost saintly, priest chants mantras and offers a few words of comfort for the devout. For the more spiritual minded the temple offers a haven for quiet reflection and meditation. Others could get a high by taking in the surrounding view – deep valleys dotted by farm lands, orchards, toy houses and curving roads. A more wide-angled view of the surroundings could be had from Chauli Ki Jali, sharp rock outcroppings, but it is for the more stout hearted who are willing to risk a limb or two crawling up the rock face.

Muktheshwar still remains, though there are increasing signs of construction, an idyllic mountain town. I do not know how long it can hold on to its special charms but what would remain indelible is the sheer joy of seeing the Himalayas up close. A memory that would be cherished for years to come.

Muktheshwar – A Place with a View was last modified: June 2nd, 2020 by Raghu Raman

Ten minutes of recharging and I found the phone booth guy keenly interested in my phone , probably checking out the features (which doesn’t sound very plausible given it is a very simple model). When I asked for my phone he smiled for some unknown reason and said,”Maidam, charge toh pura lagega. Waise aapka blue tooth on tha…hum band kar diye”