We landed half asleep at the LA airport….after a good 16 hour flight what more do you expect. After a long wait at the immigration booth we managed to gather our luggage and head off straight to the Rent- a-car centre. We were out with a decent car in half and hour and on our way to Hollywood….The first things that I liked about L.A….the weather, the trees….and coming from the desert these are the first things that you notice….:). We got our first taste of LA traffic right-a-away and it good us a good one hour to reach Hollywood, Sunset Boulevard. We reached Quality Inn Suites by 1:30 pm. We had our first IHop meals. IHOP is a very popular chain of restaurant for quick, sumptuous food….:) After a small nap in the afternoon we were quite excited to  explore Hollywood….:)

Our First destination was Hollywood Walk-of-Fame. I personally felt it is a very highly overrated place. We saw the Gruman’s Chinese theatre, Kodak theatre, Final destination was being premiered and hence the walk was full of paparazzi and the roads were filled with limousines. People were yelling on the streets as the stars came out of the cars….No we did not stop to look by….we wouldn’t have recognized any of the actors….:P. The road was filled with people….tourists I must say…..trying to find their favorite superstars name on the walk-of -fame….All the Best!…..there are 2 parallel roads that are filled with the names of the stars, so its a very small stretch that contains souvenir shops, celebrity impersonators.  We did go inside the highland mall, boy am I glad we did…..it has got beautiful views of the hollywood streets and the famous Hollywood sign. Well then there is Wax Museum, Ripley’s believe it or not, Guinness Book Records, you can buy an entry ticket for any or all of these attractions. We ended up buying for all….and I wasn’t impressed to be honest….and if you have seen Madam Tussad’s museum in London….do not even think of buying the Wax museum tickets…:P. But as they say when you are in L.A, you want to do everything…..:) 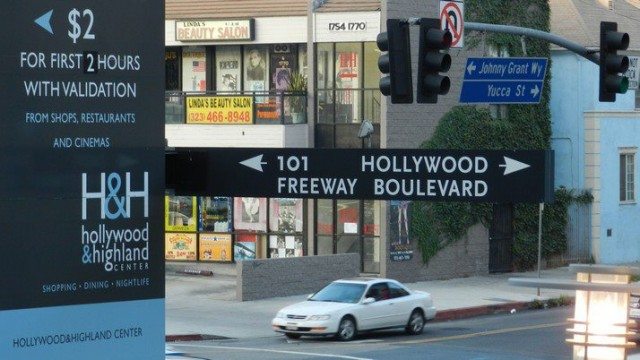 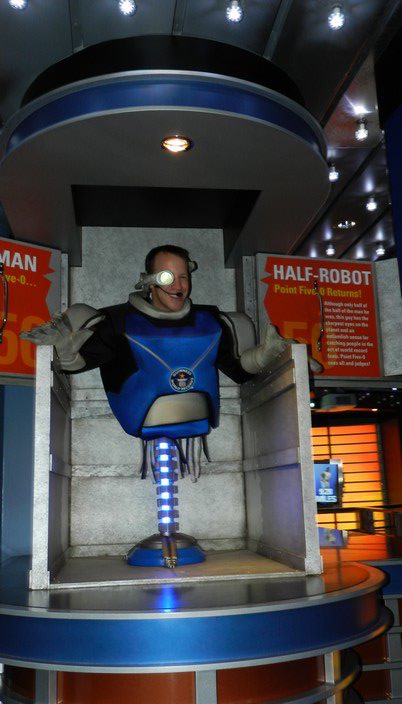 Ripleys Believe it or Not !

Well I did not see any angels, but yes truly a land of dreams !  Innumerous people come to Hollywood with this dream in their heart that they might get a chance in a film and make it big…..and end up being some impersonator on the Walk of Fame street…..Hmmmm….scary isn’t it…But what’s wrong in Dreaming….So Dream oh Dream !!!! 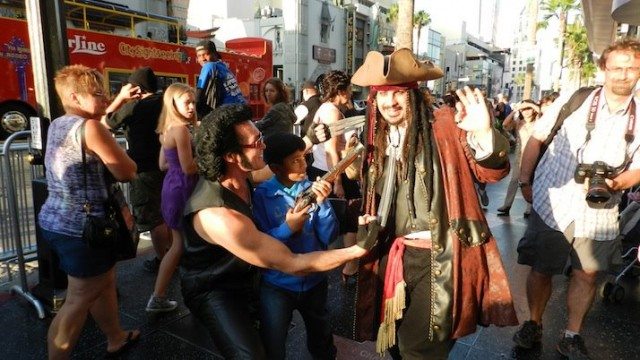 Impersonators of Pirates of the Caribbean

Unique Things that I liked about Hollywood Walk of Fame – The walk and the highland Mall. Do take a stroll and marvel at the Walk of Fame ! 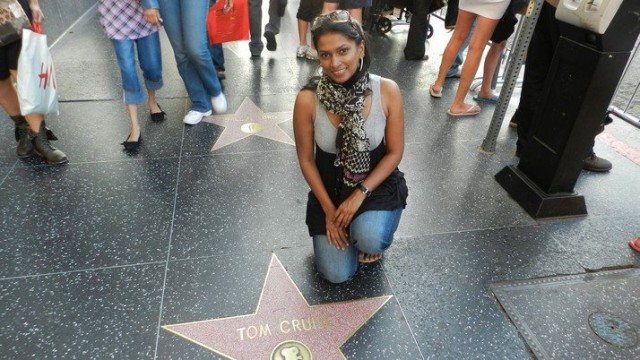 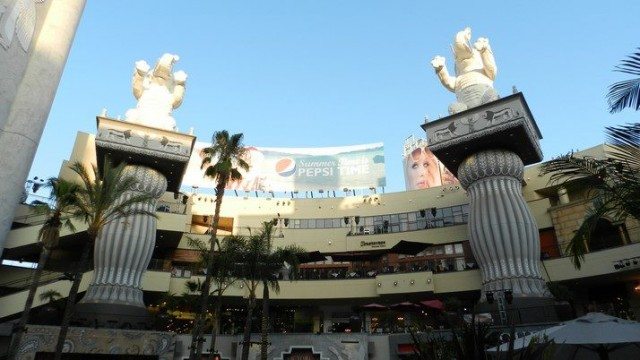 After a not-so good night sleep…jet lag I mean….we managed to push ourselves out of the hotel by 10:00am to our next big Destination Universal Studios. It is a working studio with many serials(Desperate Housewives), movies are in action when you take the tour. My first impression after seeing the site map was, how the hell are we going to finish this in 1 day…..GULP !  We really enjoyed the 45 minute tour however the 45 minute waiting time for the tour was never ending, but it was worth it ! On the tour we were taken around the various sets and they showed us how the floods, fire, car chases & plane crashes etc are done in studios….seemed very realistic, the effects were so real….its amazing….even the 360 3D king kong and dinosaur fights seemed so real….that my 4 year old had a scare attack and she started howling…..it was a nightmare for her but it was compensated when she saw Dora….he he he….:) We enjoyed the rides too…..the Jurassic ride had a drop in the water and it was quite thrilling to see the dinosaurs….:) Mummy Returns Ride was okay too….The best thing that we liked about both the rides is they have single ride lanes which have absolutely 0 waiting time as compared to the normal lines. And with small kids its a blessing !  Mandar and Chat enjoyed the Termiator 2 – 3D which I and Nat conveniently managed to skip. We did enjoy the street shows. We also saw SHREK 4D, amazing effects and when the seats move and rock….u really had it….Chat enjoyed it a lot. We also enjoyed the Water World show….the picture comes to life with death defying stunts, awesome explosions and an ocean of thrills, the guys really were awestruck and wish they would get a chance to ride the jet skis….ha ha ha. So oververall a fun filled day and we went back to our hotel talking about the thrilling experiences we had. 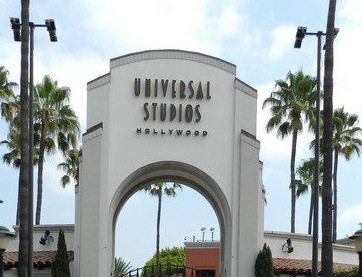 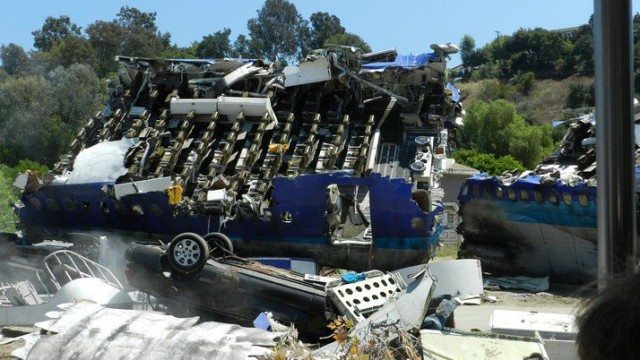 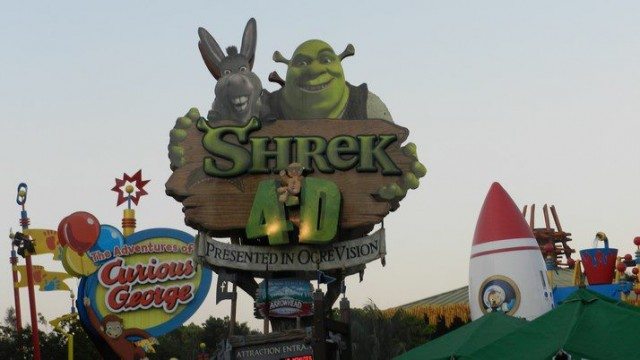 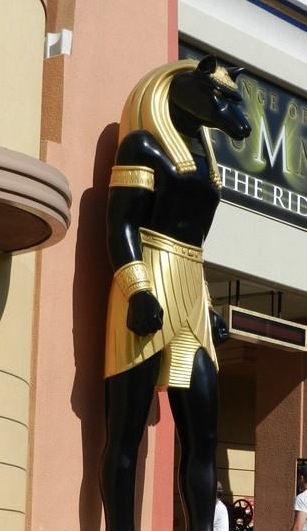 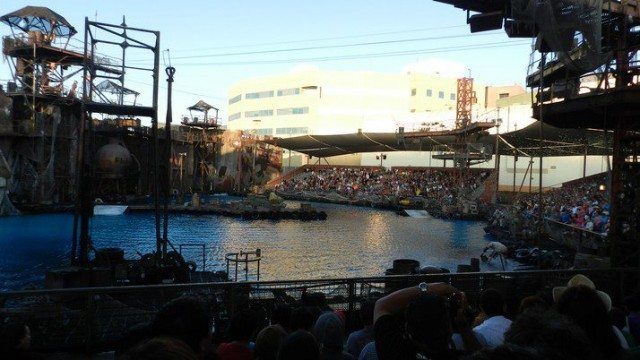 Unique Things that I liked about Universal Studios – It has to be the Studio tour, its mind blowing. I also tasted Churro for the first time here. Its a the spanish Doughnut made out of fried dough pastry, with cinnamon sprinles….it tastes yummy with Coffee….:)

Now we were in the Bazaar bustling with activity. Another feature that we noted was the selling of Bhog laga hua parshad in form of fruit pieces for Rs. 10/ paper plate. We took that also and