One of the major highlights of our visit to San francisco was the Alcatraz Island (1934 to 1963)….yes you guessed it right..the most famous federal prison in US history and the screenplay for many movies including the very famous “escape from Alcatraz” staring Clint Eastwood. It’s a small rocky Island in the San francisco bay.

We decided to take the early morning ferry and the ride is just about 10 to 15 minutes from Pier 33, San francisco bay. The entrance to the Island is from the rear end and as we came closer to the island my heart sank. Come on…I have never been to a prison otherwise and the mere thought that the most notorious criminals were once the inmates here gave me goosebumps. To name a few Al Capone , George ìMachine gunî Kelly, Robert ” Birdman of Alcatraz” Stroud, Roy Gardner, Henri Young, Alvin Karpis. The average number of inmates was approximately 260. There were 4 cell blocks in the prison. Cells B and C (336 cells) were considered “General population”. Unruly inmates were segregated in D block(42 cells) also know as “Isolation”. 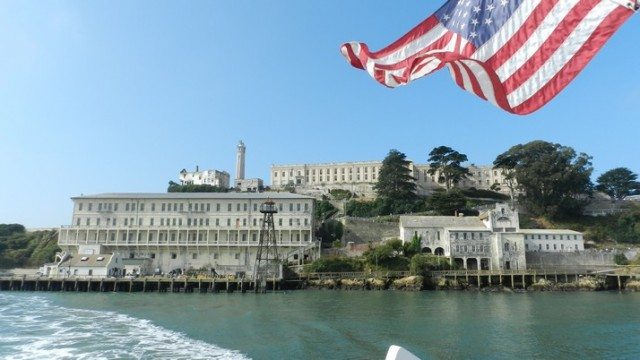 View from the Ferry

Once we got off the ferry we were greeted by Ranger guides who have been serving the island as long as 25 years. It was interesting to just listen to their experiences on the Island. Guided tours and times vary daily so once you arrive on the deck check out their program schedule. We got the “Escapes from Alcatraz” guided tour and boy oh boy my 8 eight year olds imagination was as its peak after listening to all stories which our guide had to share.  Over the 29 years (1934-1963) that the Federal prison operated, 36 men (including two who tried to escape twice) were involved in 14 separate escape attempts. Twenty-three were caught, six were shot and killed during their escape, and two drowned. It really made us think as to what is an Escape….someone who is successful to merely dash off the Island but get caught by the officers or someone who manages to break out without being caught? 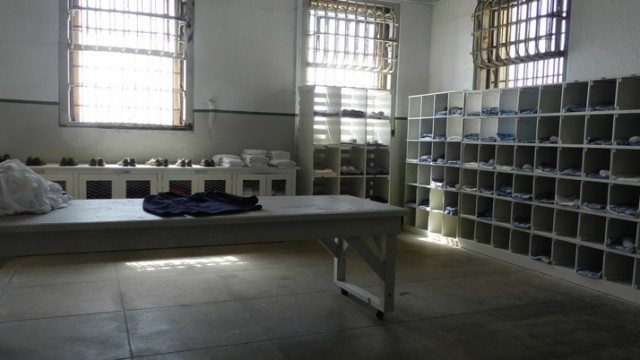 The inmates are given shoes, clothes once they are numbered 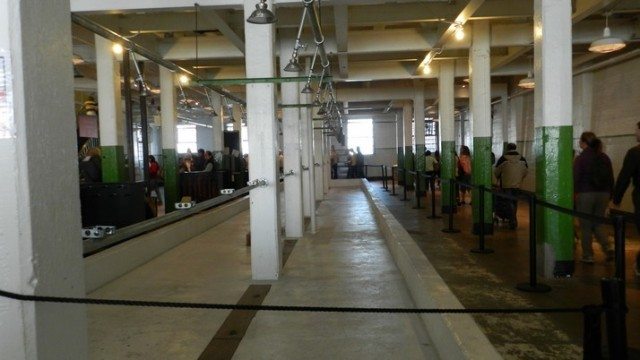 The inmates are given bath here

The main obstacle of the escape were the cold temperature (averaging 50-55 degrees Fahrenheit), the strong currents, and the distance to shore (at least 1-1/4 miles). The only three inmates not accounted for were John Anglin, Clarence Anglin, and Frank Morris, who broke out together in June 1962. They placed the dummy heads in their cots to make it appear as if they were present and sleeping. However their fate remains a mystery. Their remains were never found, and there is also no evidence they survived. Scary isn’t it, they could still be somewhere in USA…..:) 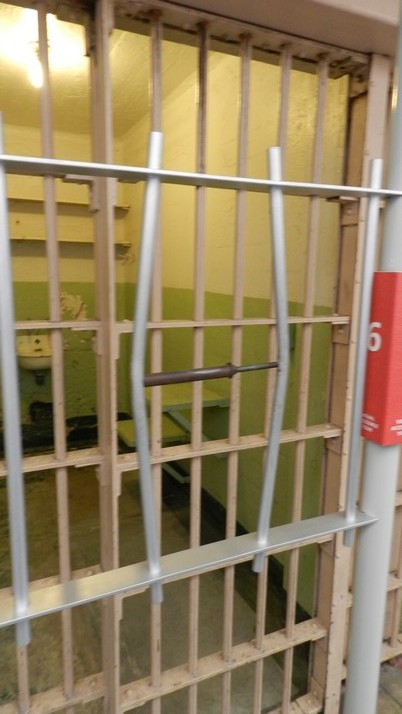 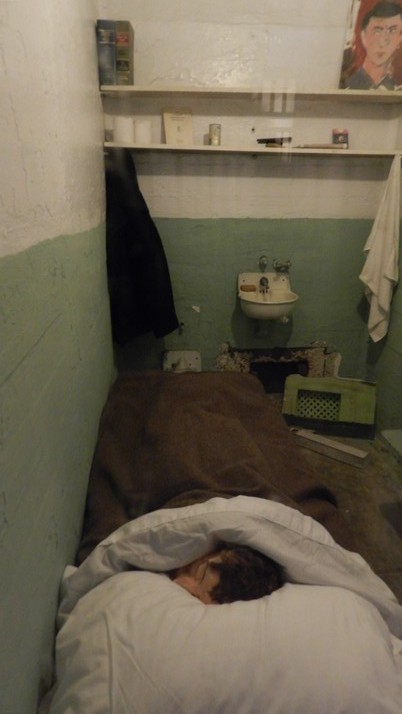 The best part about the tour was the Audio tour. It is a 45 minute tour which takes us through the prison and extracts from inmates, correctional officers and residents are replayed. It is quite overwhelming to listen to those voices and no wonder it is an award-winning guided tour. Best part being, you can go with your own pace and do not have to hurry up to follow any guide….:) The only thing I had not anticipated was there were also the families of the wardens, correctional officers etc who stayed on the Island so close to one of the most dangerous men in history.

The size of a cell is 5×9 feet. Pretty small huh, even when you stretch your hands they could touch the opposite wall. Just a bed and a commode was fitted in the cell. Imagine spending as long as 20 hours out of the 24 hours in such confined space. No Thank you ! The solitary cell was even smaller and it was pitch dark. Only if you are lucky enough you got the corridor with 4 windows which was the brightest of all cells and sunlight came in through. What a life it must be???? Their whole life revolved around the four corners of the wall. I recollect an extract from the audio tour where one of the inmates stated that during the new years eve, they could actually hear laughter from the parties held near the bay area which contented them, reassured them that there is normal life beyond these boundaries. 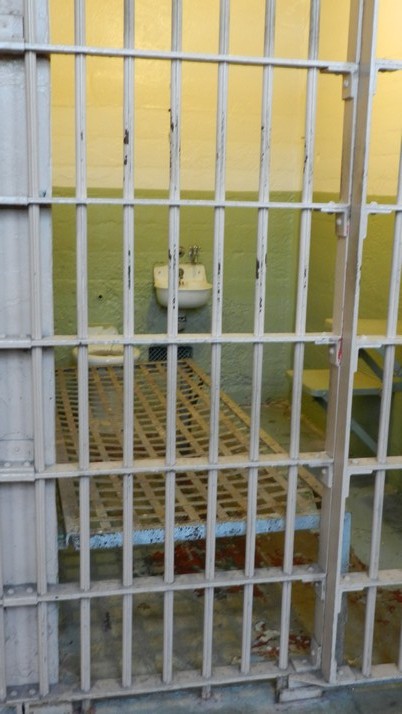 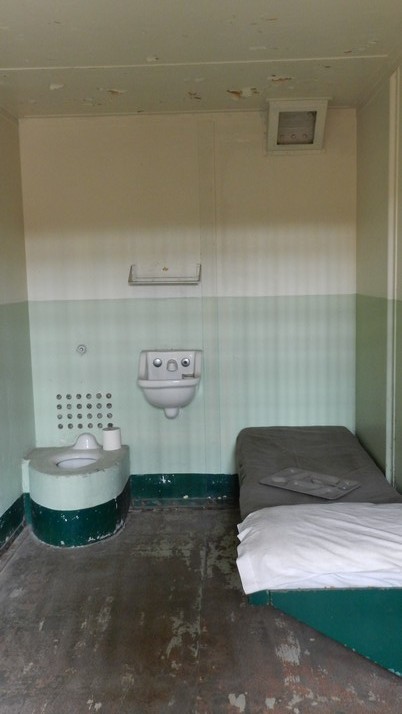 A cell from inside 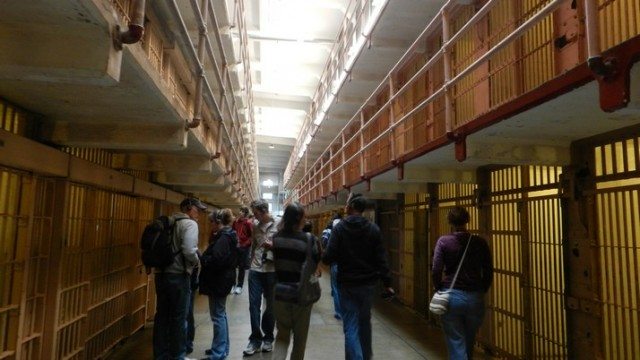 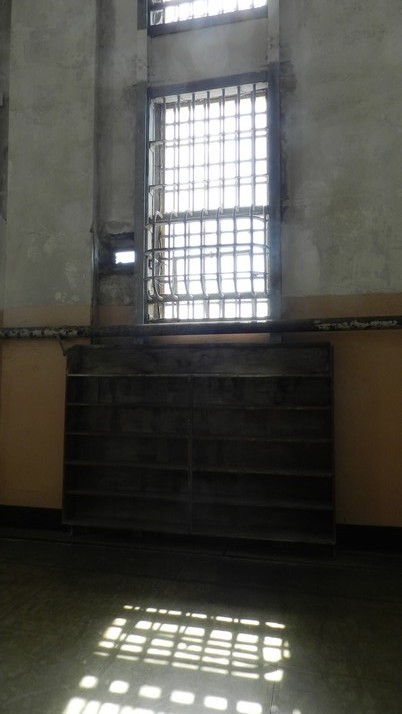 The window through which sunlight came in

Keeping the inmates constructively occupied was a biggest challenge for them. Reading for example was not just an educational activity at Alcatraz. It was a leading recreational activity. Inmates had access to a library of 15,000 books and 75 popular magazines subscriptions. They could do artwork, write letters, and play stringed instruments in their cells. There was even an inmate band. Some of the inmates did beautiful oil paintings. 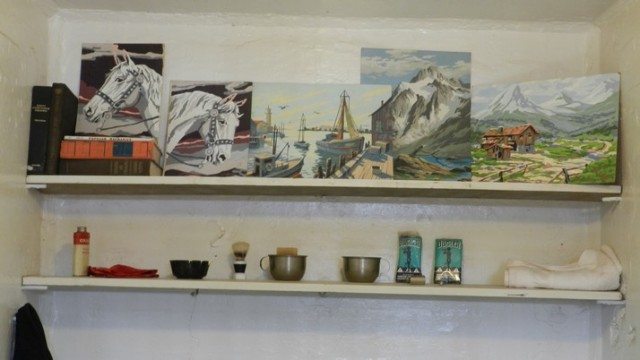 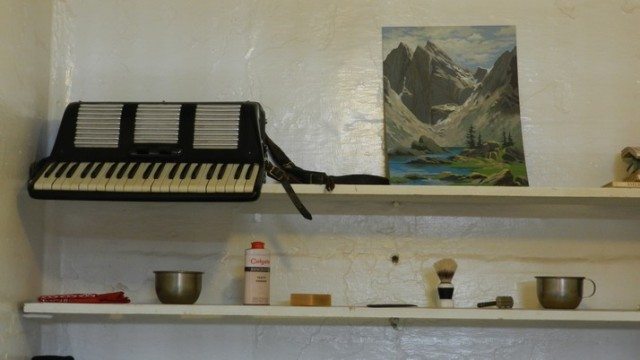 Food was prepared by inmate workers under proper supervision and three meals a day were served, cafeteria style…:) 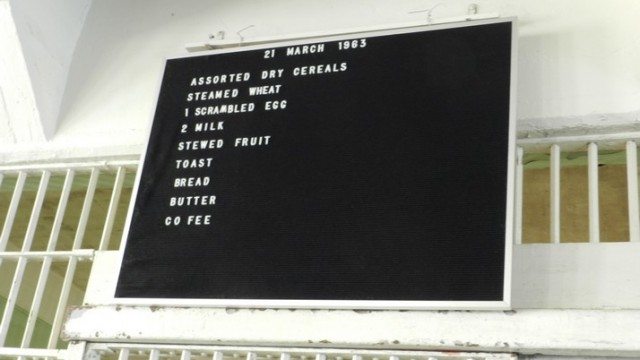 However “The Bureau of Prisons” closed Alcatraz in 1963. Operations were too expensive, as supplies, fuel, and fresh water had to be barged to the island. Buildings were crumbling and would soon be uninhabitable. 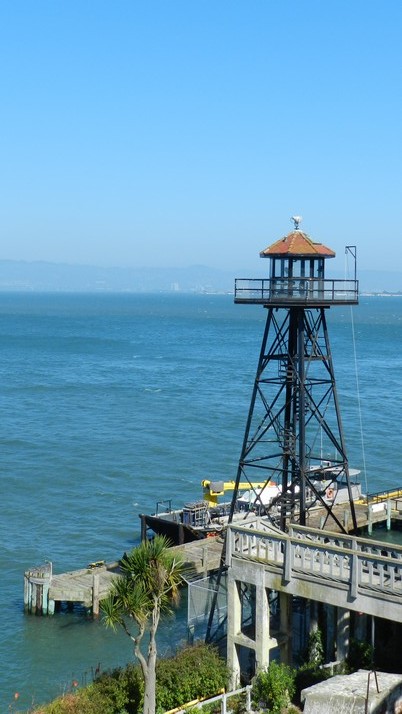 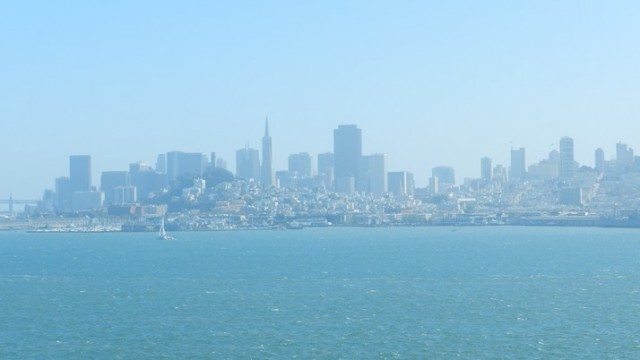 At the end of the tour several questions erupted in my mind, one of them being “Did these people really deserve such a deserted life????”

P.S : On a funny note, while I was so deeply engrossed in listening to the audio tour, Natasha comes up to me and asks whether she can go to the toilet. I tell her “Can you wait, I am listening to the audio”. She replied “You don’t have to take me to one, there are so many toilets in the prison, I can use anyone….he he he”. Needless to say I burst out laughing !

After enjoying the evening in Nathala , next day morning we checked out from Hotel & proceeded towards Dehradun. There are two routes for…