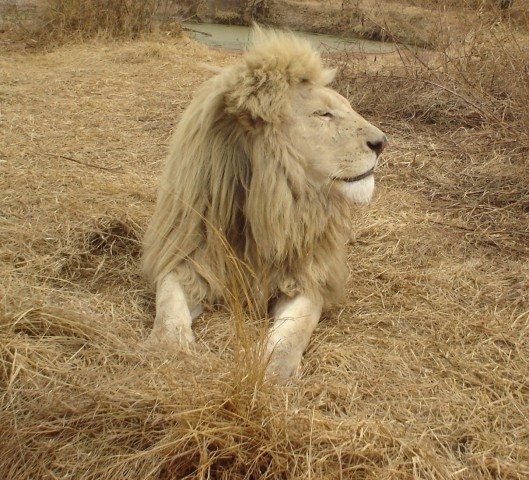 Our Journey began on July 24th, 2011 at 11.00 AM from Delhi Airport. We reached Dubai at 12.30 PM as per Dubai time. There was an approx. two hours gap in between the connecting flight so after the security check we explored Dubai Airport.

The airport was quite over crowded and looked like a shopping mall , we clicked some pictures & proceeded forward towards the boarding gate. As we came out to board the bus to catch the flight, we felt hot winds blowing so hard on our face that it was intolerable to stand there even for a minute. The outside temperature was 41 degree C. 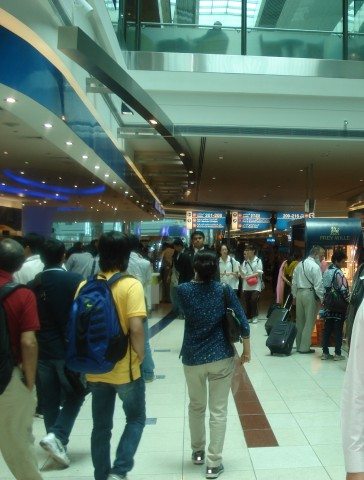 We reached Johannesburg at 9.00 PM as per South African time. After coming out of the flight we were received by hotel staff, we boarded the hotel bus & left for Hotel to check in. The climate of Johannesburg was just the contrast of the temperature of Dubai i.e. 05 degree C.

The distance from the airport to our hotel was around 14 kms and we reached Hotel within half an hour. The Journey was so long and tiring. we checked in room at 10.30 PM as per South African time which was 02.00 AM according to the Indian time. We were so tired that we directly got into the bed and fell asleep.

Johannesburg is the largest city of South Africa, born just 120 years back with the discovery of Gold.

Unlike other countries, the South Africa has three Capitals :-

1. PRETORIA as the seat of the President & Cabinet is the administrative capital..

2. CAPE TOWN as the seat of Parliament is the Legislative Capital.

3. BLOEMFONTEIN as the seat of supreme Court is the Judicial Capital.

Next day our meeting was to begin at 5.00 PM so we had 6 to 8 hours in our hand to explore Johannesburg. If you are in Johannesburg the first thing that comes in mind is wild life safari. The famous Pilanesberg National park was quite far & it takes about 2.30 hours to be there so we decided to visit Lion Park which was around 45 minutes drive from our hotel.

We got ready by 8.00 AM for our breakfast. Moment we came out of our room we felt the cool & chilled breeze blowing. We really enjoyed the climate of Johannesburg.

The taxi reached on time at 9.00 AM & we proceeded towards Lion Park. The roads of Johannesburg are smooth and well maintained but the taxi charges are too high as they charge per person for the sightseeing. We had to shell out 950 RAND per person to visit Lion Park. (01 RAND = 7 Indian Rupees) 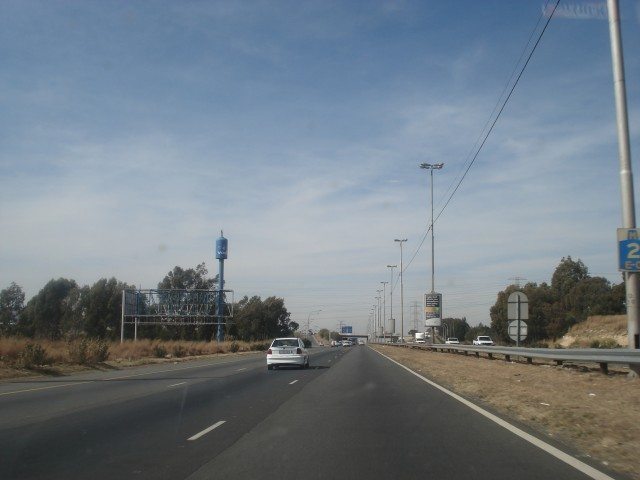 We took the ticket and entered the park. The lion park is a privately owned , covering 1200 hectare reserve park founded in 1985 by Ed. Hern a well known stockbroker is located in the ‘Cradle of Humankind’, an acclaimed World Heritage Site, central to Johannesburg and Pretoria. There is facility of accommodation also , the rest camp consist of three private , fully equipped chalets. Each chalets has open kitchen, lounge, dinning area, two bedroom & a veranda. 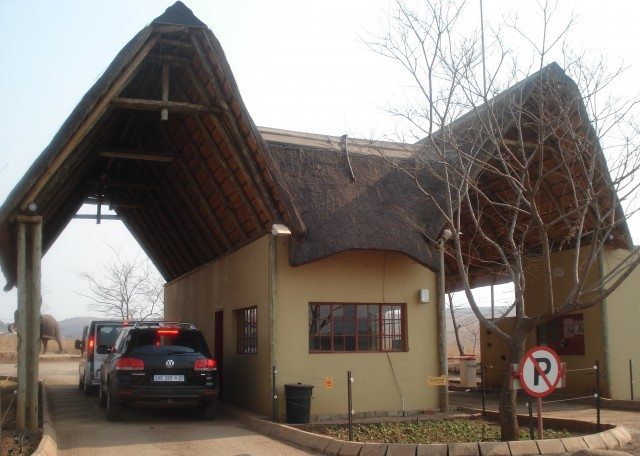 We hardly covered a distance of 01 km and we saw a group of Sable Antelopes & Ostrich.

Male Antelopes are Black & white and females are dark brown.

Ostrich are largest bird weighing up to 150 kg & can run at 70 kms / hour. They lay 15 to 20 eggs which hatch after an incubation period of 40 days. Each egg has a capacity equal to about 24 chicken eggs. 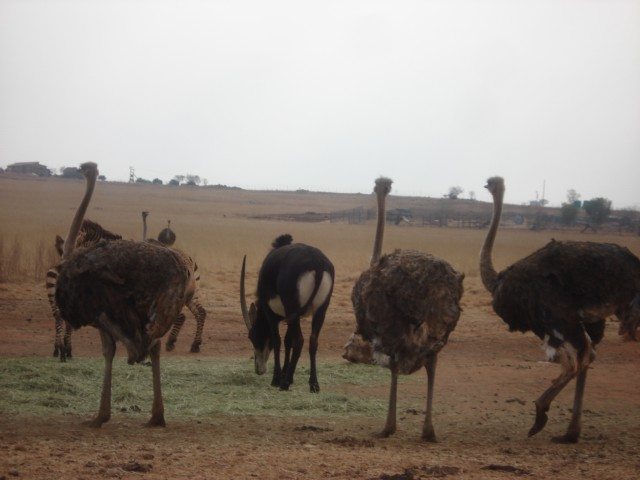 We moved forward and found the group of vultures flying overhead 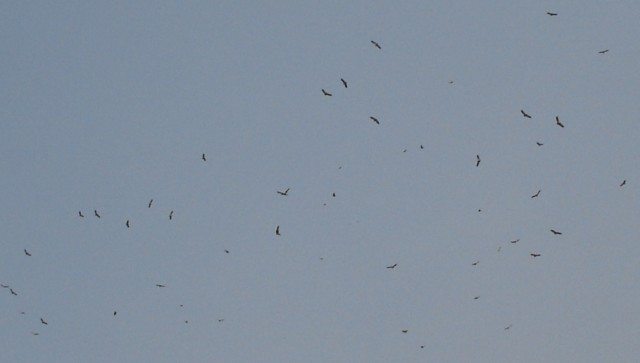 After moving further we saw the National Animal of South Africa Springbuck. They are in reddish brown colour with white belly & black horizontal stripes down its sides.

Moving further we met Rhinoceros grazing the field, South Africa is famous for white rhinos. They are larger than black rhino, they have two horns on the face with front horn being longer.

After that we get inside the Wonder cave which is the part of the Lion’s Park only. You will get to know about Wonder cave in my next post. The visit inside the cave is at every hour so we waited for 15 minutes for our turn and had our coffee in the restaurant outside the cave.

After exploring the cave we continued our safari again where we encountered with white lion. Seeing white Lion so closely was a wonderful experience. In the same time we came across the two lionesses enjoying their meal. 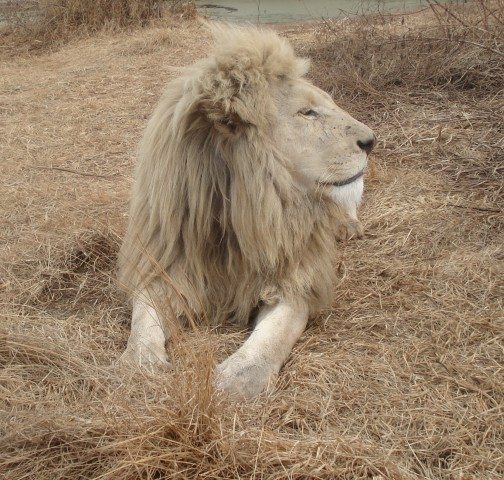 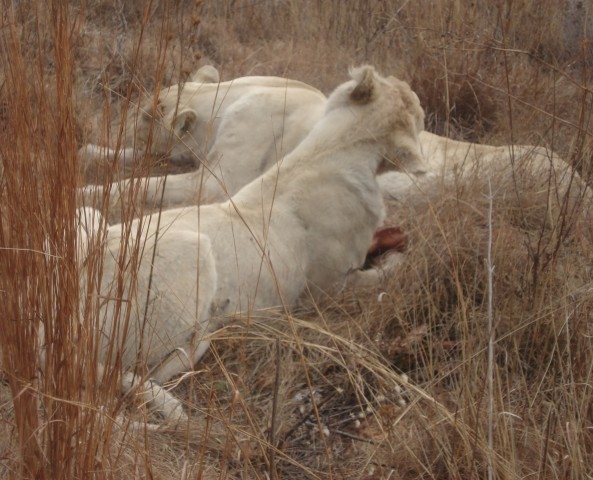 After moving few minutes further we realized that a Cheetah was also moving along our vehicle. 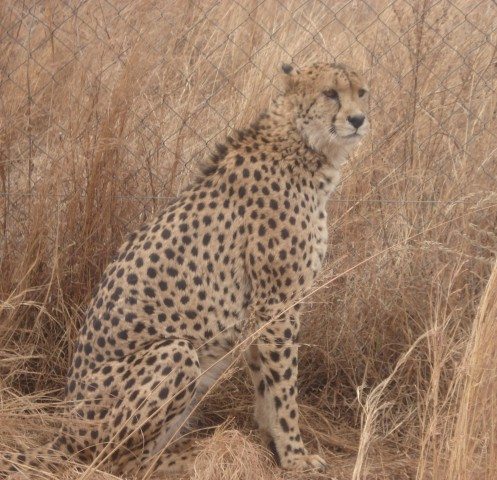 Some steps further another Cheetah was walking in front of our car, which was an amazing moment for us. 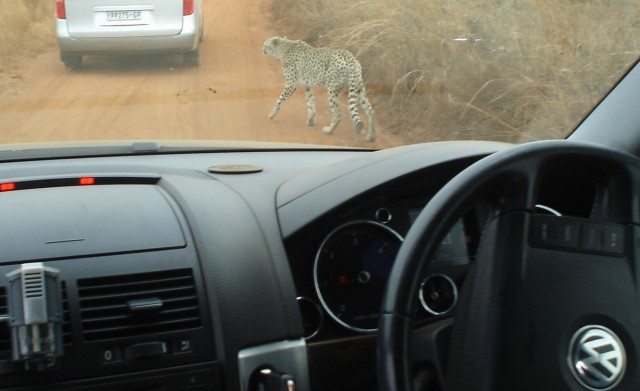 Moving ahead we had an encounter with the wild dogs which are believed to be more dangerous than Lion.

After that we met the king of Jungle “LION” and journey became successful meeting the fearless beast of the Jungle. 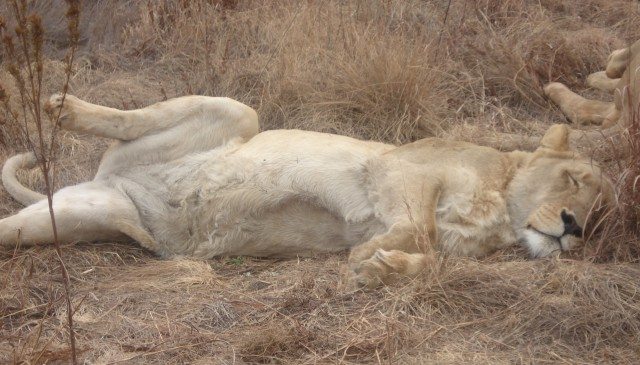 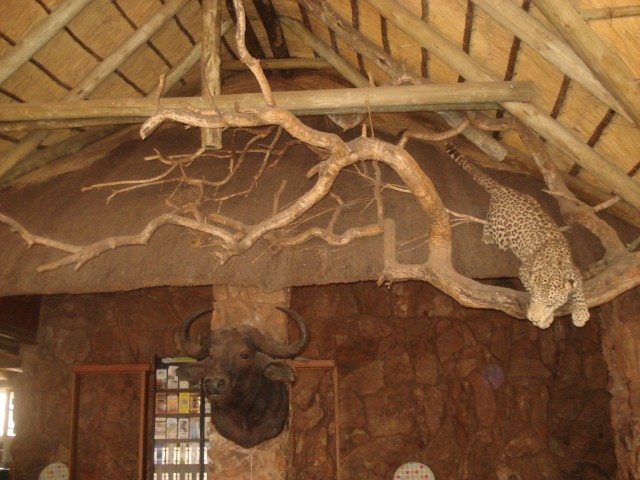 We continued our safari, we went inside the cub’s park where you can even touch the cubs and take their pictures too. They charged 30 RAND for 5 minutes to stay there. Playing with cubs & seeing them so closely was a life time experience for us. 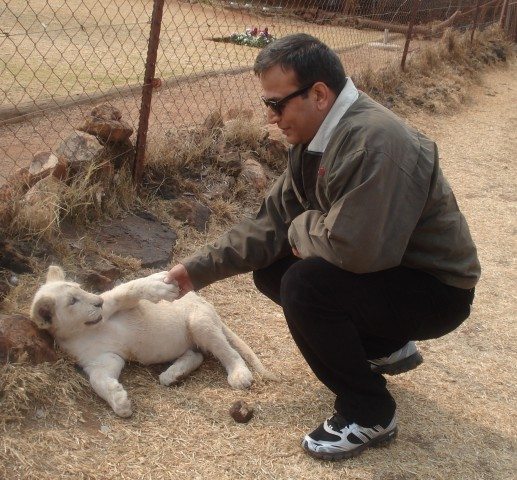 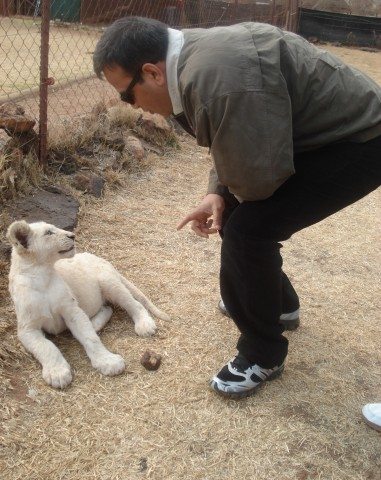 After that we started our journey back to hotel on the way saw group of Zebras.

We reached hotel at 4.00 PM, got ready for the meeting followed by Dinner. Again it was a long day still enjoyed a lot.

In Next post I will take you to wonder cave & Apartheid Museum.