I’m back with yet another post on Kashmir.If you still haven’t read the previous posts then click here. It was our second day in Srinagar and it was the festival of Eid. According to the itinerary, we had to leave for Gulmarg. We had a light breakfast and set out for the journey. When we were leaving from the hotel, I saw sheep’s being cut down by a butcher; simultaneously people were chanting some mantras. Trust me people, that moment was one of the most dreadful ones in my entire life. Moving on, Mr.Ghulam had arranged a taxi driver who was waiting on the other side of the lake. We were then provided a Shikara to cross the Lake. As, it was early morning, and the view of sunrise was breath taking. I captured at least twenty pics of the same.

We were then introduced to Mr.Rouf, (our taxi-driver and guide), who was waiting in a Tata Sumo.We all wished him Eid-Mubarak. Mr.Rouf was a Kashmiri graduate who had good knowledge about the place. Due to lack of jobs in J &K, he worked as a taxi driver. Imagine! This is the condition prevailing there. Anyways, we then took our seats. I was the first one to grab a front seat. You’ll hardly find small cars in Kashmir. The region mostly has Sumos, Innovas, and Vans, which run good on the hilly region. Here’s so info. about Gulmarg.It is located 52 km. South West of Srinagar and has an average elevation of 2,690 m (8,825 ft). It is a key tourist attraction and also a main destination for skiers riding down from Gulmarg during the winter months. Gulmarg attracts outdoors sports fanatics with its world class trekking, mountain biking, and horse riding, water skiing, and fishing. Mr. Rouf told us that it would take two hours to reach there. He also mentioned that the way to Gulmarg is what makes it even more special. This increased the excitement level in me and immediately I took out my Camera. :)

On my way to Gulmarg

The road from Srinagar rises gently towards the lower slopes of the range, passing through rice and maize fields. Frisking is only done midway on the access road at 3 places: Tangmarg, near an army camp on the road from Tangmarg, and 5 km before entering Gulmarg.We covered  30 kms. in one and a half hour. We were now hardly a few kms. Away from Gulmarg.With every kilometer, my excitement level began to rise. We had saw a checkpoint, which had boards of “Welcome to Gulmarg” (see the pic.) 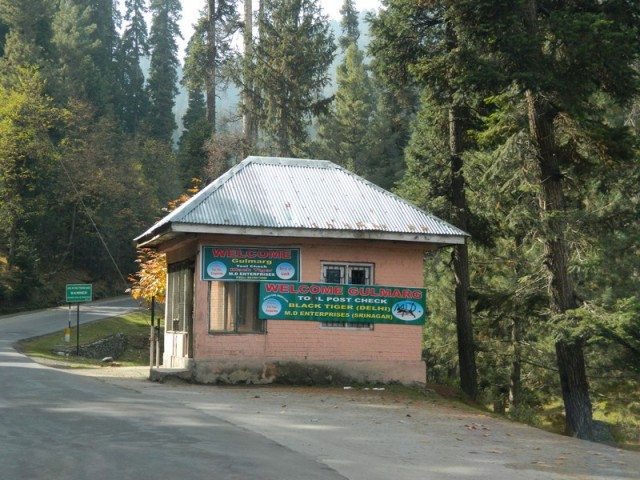 I was expecting to see snow on the roads.Mr.Rouf told us that we’d surely get to find snow after 5 kms. As Gulmarg witnessed the season’s first snow fall yesterday. I had not seen snow since 5-6 years. In no time we were in Gulmarg.Once you enter Gulmarg, the driver will have to park before a stop gate. This stop gate is basically an entrance to the area of Rope Way, which you would need to walk. , Also you would find lot of Horsemen asking you for a ride but I would suggest you to take a fresh air walk and enjoy the scenery.

The valley of Gulmarg, a large meadow is about 3-sq-kms in area. All around are snow-capped mountains, and on a clear day one can see all the way to Nanga Parbat in one direction and Srinagar to the another. I had also heard about Gondolas (the rope way services), which take to higher altitudes. The total distance covered by ski lifts is five kilometers and the resort peaks at an altitude of 3,950 m (12,959 ft). Sadly, they were closed (as it was the festival of Eid). This didn’t bother us because I had experienced ropeways a number of times in Haridwar, Mussorie etc. 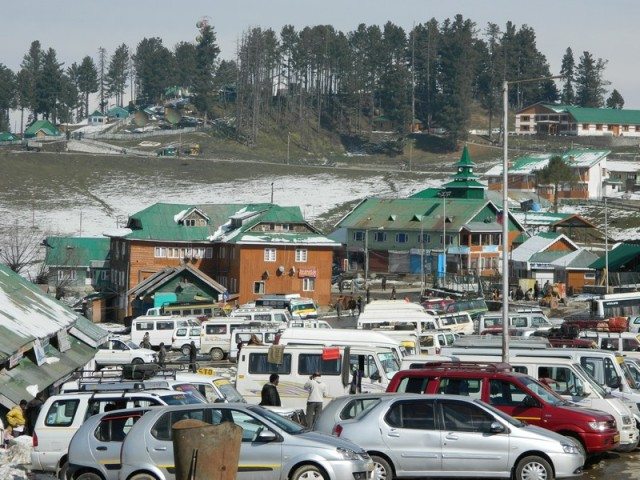 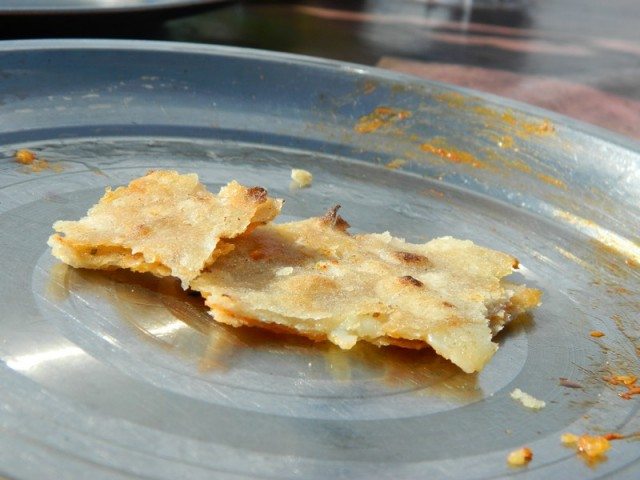 After the yummy breakfast, it was time for some action! Yeah! We stepped into the snow. We also had to put on those gumboots. These people charge up to Rs.100 for a pair, but after you bargain, they are ready to take Rs.50/- it is advisable to bargain as much as possible. The sledge/horse men also demand handsome amount, which can reach up to Rs.1000/-. So fix a proper amount before enjoying the ride. We took a sledge and I was thrilled with the ride. :)

After wandering for about 2 hours or so, we moved on to have a look at a  Shiva temple (see the pic). The unique thing about this royal temple is the fact that it can be seen from all the corners of Gulmarg.When the last Dogra king was spending his time in Gulmarg in his royal   palace, a couple of kilometers from the temple, his queen used to come here to worship Lord Shiva. Infact, she stayed here for months and worshiped Lord Shiva in this temple. We climbed some stairs and were in the temple. The view was commendable. I took a lot of photographs. 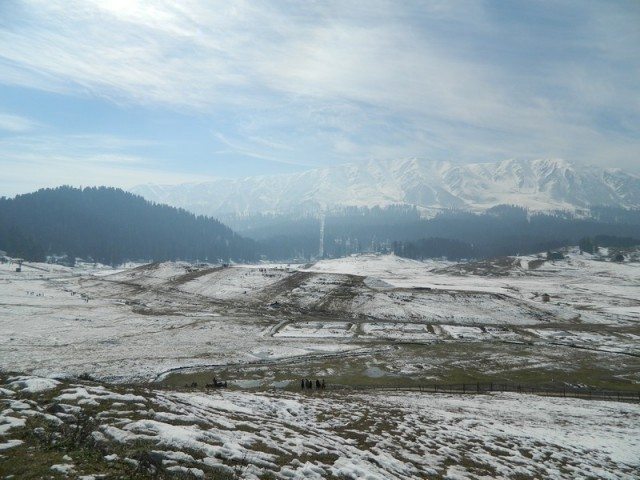 View from the Temple

As, we were out of time; we had to leave for Srinagar.We then went to the taxi stand and set off for Srinagar. Everyone was so tired that they all fell asleep, even I took a nap. We now had to cover Mughal Gardens and Pari Mahal,which I have already described in a photo essay,Click here if you haven’t seen it yet. In my next post, I’ll be writing about Sonamarg.

I hope you all had fun reading my amazing experience. Stay tuned; Keep Traveling & Do leave behind a comment. :)
Until then Good-bye! :)

Gulmarg – The Meadow of Flowers was last modified: October 15th, 2020 by Naman

14 Feb 09 When the bus arrived at Dharmasthala at 7 am this morning, it was two hours behind schedule. Not that the delay…