As a traveler, one is on the go most of the times and is mostly busy capturing the marvels of nature in the camera. While a decade back, it would have meant carrying a couple of extra rolls of film, now life is simplified with a simple possession of a digital camera (Read this Ghumakkar Insights on how you can make the most our of Digital Camera, by DC). Highly encouraging and convenient as it allows you to shoot unlimited, well almost, number of photos with no guilt and more importantly with no additional cost. If you do not like it, you can simply trash it. For a modern travel photographer, there are no constraints of being too thoughtful before you let the shutter go. For the same frame, you now prefer to shoot a HDR in case getting that RAW format was not enough. Times are great and one could not have asked for more and all you need to do is to lug that kind-of-heavy camera-body, a couple of lenses, may be an additional memory card and you are good. Go out and conquer the world. But then if life was as simple as I describe above then we didn’t need to write a ‘Ghumakkar Gadgets Editorial’. While the DSLR is indeed a game changer, it does suck the battery in no time. You never know when you would run out of them and for a traveller, getting the battery powered again is quite a challenge. 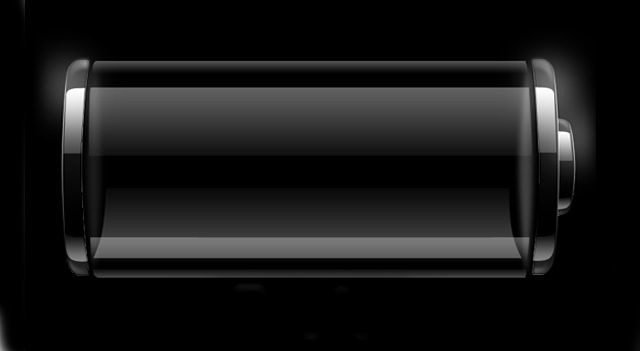 Even if you are not a DSLR hugging Ghumakkar, the other power hungry device which you carry all the time, from navigating the maps to quick photo uploads to Facebook to taking notes, is your Smartphone. And enough is already said about the battery digestion powers of smartphones.

Even if we leave the DSLR and smartphone aside for a moment, there are still many power-hungry gadgets such as your tablet or a kindle or your water-purifier-contraption. If you are camping for a few days or are staying in a weak-power-area (which we have abundant of, in India) then you really need to plan for it. Reminds of our unstoppable Ajay who was on this long road-trip to Leh, not too long back, or Naresh who makes his annual Amarnath trip. After all, the worst would be to run out of battery when you got the once-in-a-lifetime moment to capture something, say, the longest Royal Bengal Tiger which Prasad found and shared with us, the wagoh male tiger.

Before I go further, let me share a plug for our friends at “http://www.couponzguru.sg”, we have spoken about them in the past as well. Recently they started their operations in Singapore so I guess their travel coupons for Expedia as well the hotel aggregator Agoda are doing well and might have helped towards this expansion. If you use them and have comments then let me know and I would be happy to pass them on.

Coming back to our first edition of ‘Ghumakkar Gadget’, we are dedicating this to ‘Portable Power Banks’. Lets first understand what is a PowerBank.

A portable power bank is a charger that can hold a lot of power and then can be used to energise your electronic devices. You can charge them before you leave from your home and then carry it in your bag. The best thing about a power bank is that it works on an interface (Mini USB) which is a standard for almost every device. So you do not need to carry an additional or extra battery-pack of each of your devices. These can be easily shared, are small enough to carry and are great savious, when you are least expecting it.

Here is how a ‘Razor Max’ looks, which I have been using for past few weeks. 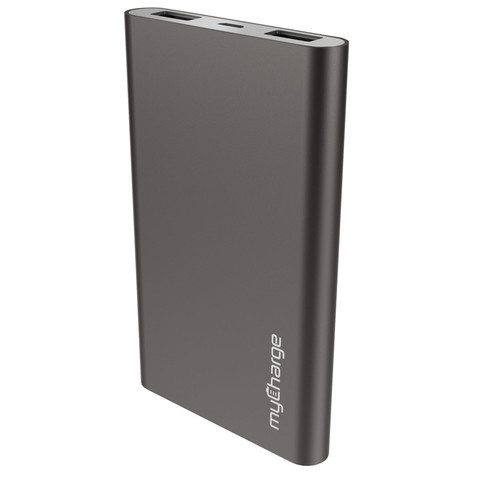 There are three primary parameters which you need to pay attention to, viz.:
1. Capacity – How much charge it can hold?
2. Interfaces – How can you charge your power bank as well as how it can charge your devices (with the number)?
3. Portability – How easy it is to carry along? Can you put it your jacket pocket or does it need its own bag ?

I am not mentioning the price as a parameter since the market is still evolving. Since this is not a consumable and you are not going to change this item frequently, I would suggest an investment into something which is of the highest quality than something that is of lowest price. I have been using a product from these guys and I am liking it.

It is quite a minimalistic design, and can charge smartphones and tablets at the same time but is only four inches by two and half inches in size. It’s sleek anodized aluminum finish also makes it appeal to any tastes and it packs enough power to provide 27 hours of extra battery life. The best part of the product is overall design and portability which I really really like.

Now come back to the parameters. Let’s take a moment to understand them better.

1. Capacity – It is measure in mAH i.e. ‘milli Ampere Hour’. A Power bank with a capacity of 2000 mHA can charge a dead iPhone 6 to 100%. That is a rule of Thumb, in reality it may be a little lower. So read specs of the camera battery, your phone battery, your iPad/Tablet battery and then pick the one which you think would survive your needs. For example, I use a iPhone 5 and my Razor Max… has the capacity of 6000 mAH. My Phone need close to 1500 mAH so I am good with it. I do not use a DSLR and I have no other devices with pressing use.

2. Interfacing – A power bank needs to be charged. Take a moment to understand the ways by which you can charge. For example, can you only charge it via the power-plug on the wall. If that is the case then it may be a bit limiting. This is important because if you have a more regular use then you need something which can be charged via a power-plug on the wall as well as via USB. Most of the modern power banks (http://shop.mycharge.com/collections/razor-series-1/products/razormax) come with a ‘USB IN’ port so you should be good. Some even come with an added advantage of “Solar Charging” but can be big on size and have a limited capacity.

Now, you also need to pay attention on the interface for ‘Charging a device’ from your power bank. Typically it is USB as most of the equipment can be hooked via USB so you are good. But how many? I would suggest that having at least two ‘USB Outs’ is a good bargain.

3. Portability – And finally, the portability angle. You have the most powerful power bank and it can charge 5 devices simultaneously, as well it can be recharged with a power-plug on the wall, as well as via the USB but it is of no use if it is hard to carry. The overall form factor should be small, with not too many wires as a company. A sleek, neutral looking, small lean cuboid is what appeals to me more. Something which when used is almost hard to notice, something which be snugged easily in your tote bag, has some indicators to figure our the current status of ‘charge left’ and thats it. On these accounts, Razor Max scores pretty well.

So that was our Ghumakkar Gadget post. We do not want to go into deep technical details but wanted to keep it short and useful. Hope you liked it.

It was my fourth summer at Lucknow and my old friends would now know the reason of my annual pilgrimage. Last year i.e. 2009,…