It was mid-October and the weather of Delhi had cooled down. So I thought that it is a perfect time to step out of the house and venture into the real Dilli, the purani Dilli.On Saturday evening I decided that Sunday will be a perfect day to visit old Delhi as most of the shops will be shut. On weekdays the narrow streets of Old Delhi are so crowded that it is next to impossible to negotiate the crowded lanes.

I asked my father and my younger brother to accompany me and I also convinced a friend of mine to go with us on the photo walk of old Delhi.It was 6:00 am when my phone alarm went off and I sat up in my bed suddenly. We had to leave for Chandni Chowk, and it’s better to leave early to avoid sunburns and crowd at the peak hours. It took the three of us about an hour to get ready, and then we left for the metro station by 7:30. We had boarded the violet line metro by 8:00. The metro wasn’t crowded as usual, so we got a place to sit. Most of the passengers were busy doing their own work- reading, studying or listening to music, while some passengers like me were busy observing other people.

Several passengers boarded and de-boarded the train on various stations, while we waited for ours. At Central Secretariat station we changed for the yellow line, which took us straight to Chandni Chowk. As soon as we got off the metro we met a friend who was supposed to be joining us that day. We chatted along our way out of the metro station, discussing which shots will describe the place best.
It was still the early hours, and we found poor homeless labourers still sleeping on pavements and footpaths. The roadside food vendors were preparing their stalls for the busy day ahead. Some food stalls were already up and running and we found customers relishing the morning delicacies like kachoris, Ram laddoos etc. with hot chai. 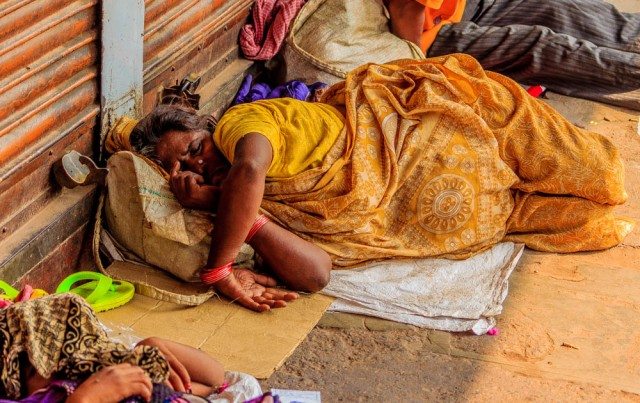 We captured their yawns and the slow movements of people who have just woken up. The Roadside barbers were already busy shaving people or giving them haircut.
A while later we launched ourselves into the Paranthe Wali Gali a famous landmark of old Delhi. This gali finds mention in every tourist guide of Delhi be it the lonely planet one, or that of NatGeo traveller. This narrow lane is dotted with parantha shops and each shop claims to be the real, original and oldest shop. But it doesn’t matter which shop you go to, as all of them have identical menu and prices. 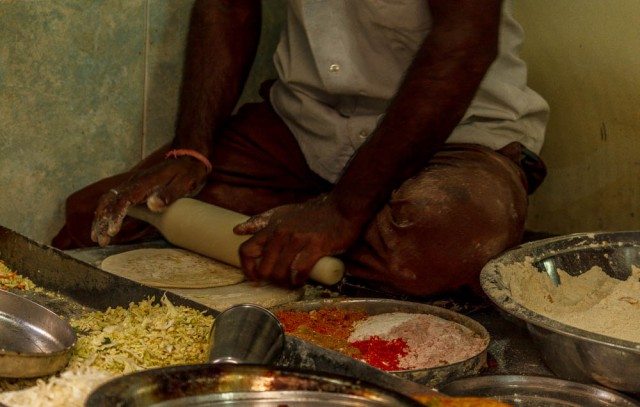 The making of a delectable parantha

The tang of the palatable paranthas seduced us and we ended up ordering five delectable paranthas; two mattar paranthas, two pudina paranthas and 1 mix vegetable parantha. Here you can find at least fifty- sixty varieties of paranthas with filling as vague as mirchi, karela, khoya or dahi. The smell of the steamy paranthas in our plates filled our noses and we feasted on them, savoring each and every bite. When we felt our stomachs were about to burst, we took a wise decision to stop ordering and paid the bill to the shopkeeper.

Actually, calling these deep fried pancakes by the name of parantha is also a misconception, as they resemble more to oversized kachoris than paranthas. But since everyone in this lane claims that these are paranthas and not poori or kachori, so be it. 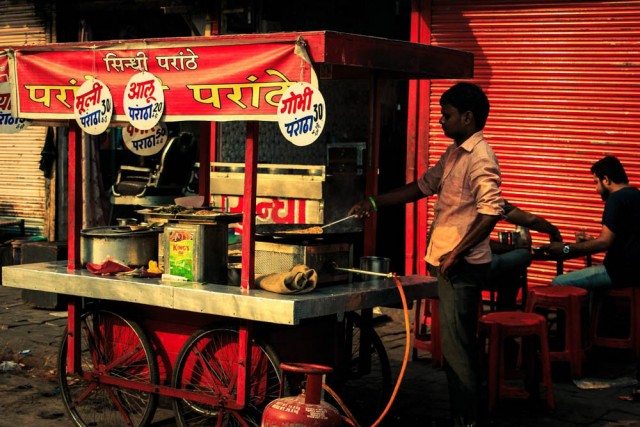 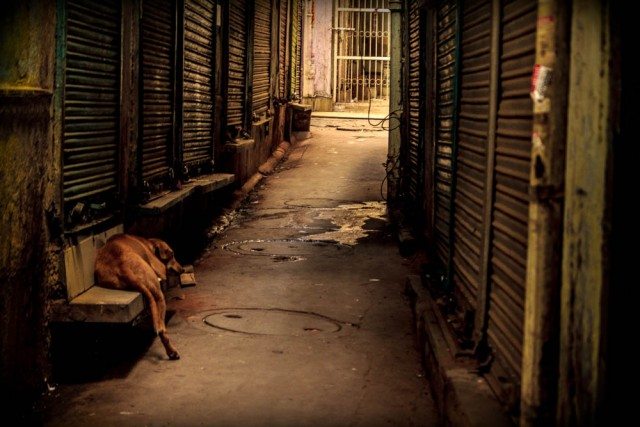 The deserted streets of Kinari Bazar

We were back in the streets again, with our cameras ready to guzzle the streets. Taking a right turn and then a left and then again a right we reached the Kinari Bazar. Kinari Bazar is famous for laces, gota and other embroidered embellishments for wedding dresses. Being a Sunday, most of the shops of this famous bazar were closed. The deserted streets were spread out before us, shutters of every shop were down and every creature seemed to be celebrating Sunday. The milkman was riding his bicycle with bags of milk on each side of the handle. He stopped at each chaiwala and gave them their share of milk. The smell of ginger and pepper floated in the air as the chai boiled. Just opposite to the chaiwala sat a man with loaves of bread and butter beside him. He kept buttering slices of bread while having chitchat with his fellows. He was selling single buttered slice to people for breakfast. How delightful it must be to sell bread-butter all day long! 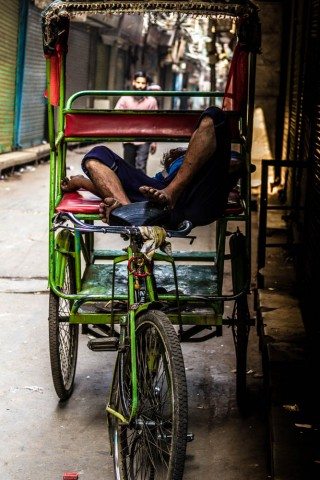 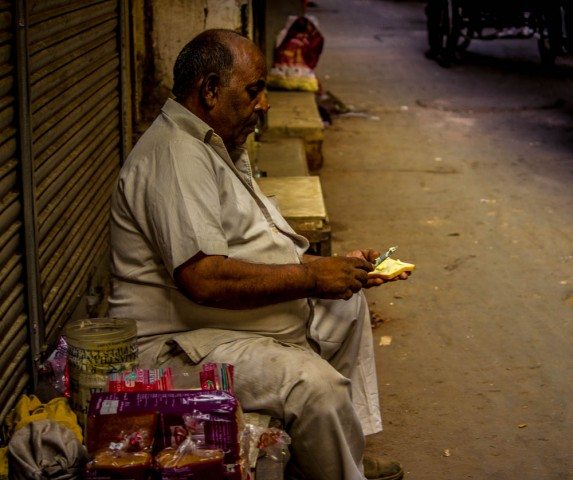 Bread butter on the streets

We passed several unwelcoming shops and came across a heritage building, a Jain temple and dharmshala; a stupendous display of Mughal architecture, where murals can be seen outlining the gates of each house, thus beautifying the bygone portals. Photographing them was rapturing for us. After scrutinizing each and every carving carefully we moved out of the building and made our way to a chaiwala. We sat on a pavement while a lean boy served us boiling chai in small glasses. After giving him his tip we again went to Gali Paranthe Wali and were welcomed by the chattering sounds and a lot of hustle bustle. 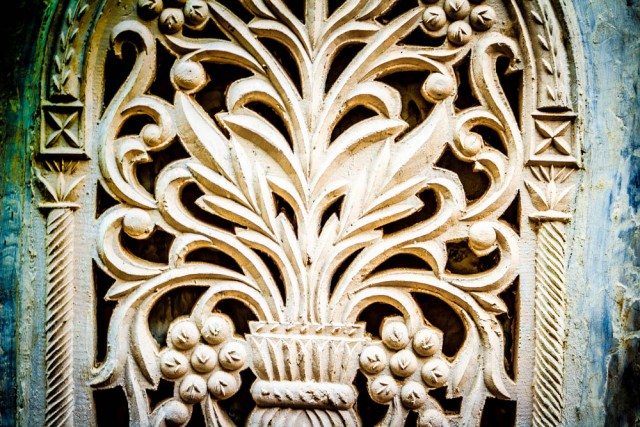 The carvings at the heritage building 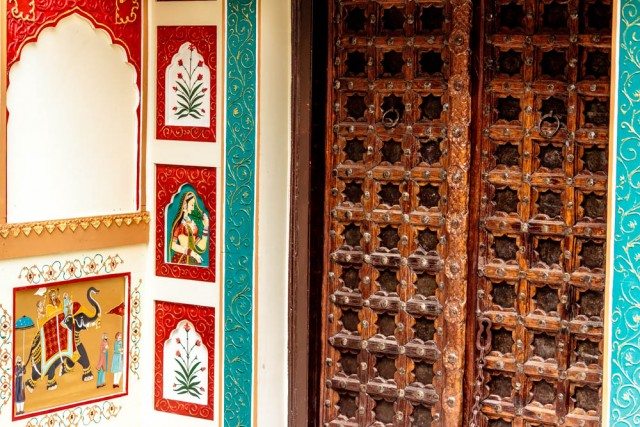 The murals outlining the gate 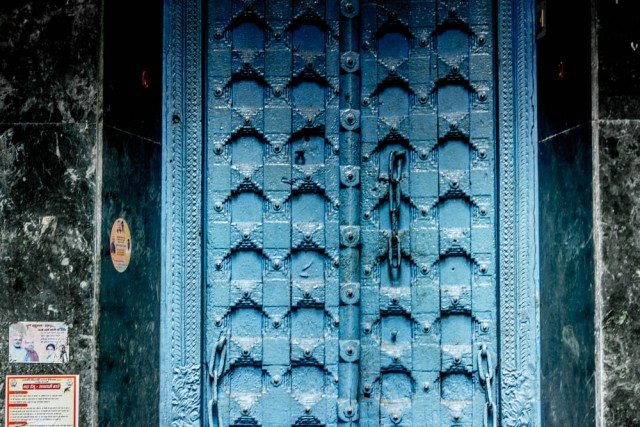 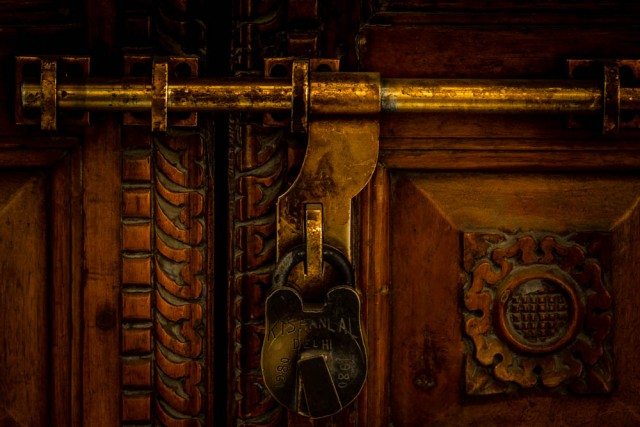 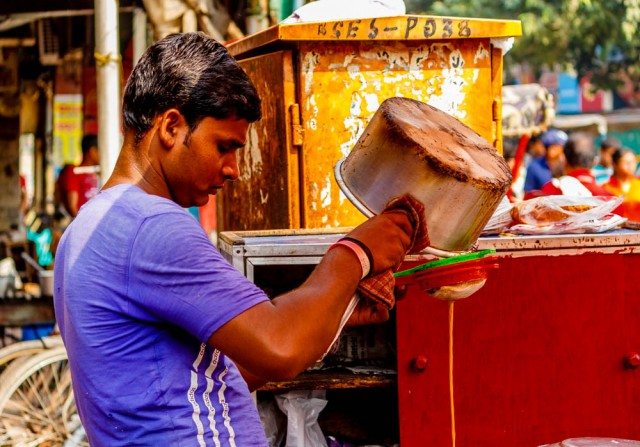 While we were capturing the paranthas being prepared we saw a Nan khatai stall. The nan khatai is a dying biscuit of India. It is made by bread, flour, semolina, butter, sugar and baking powder and it is baked on the slow fire of charcoal. 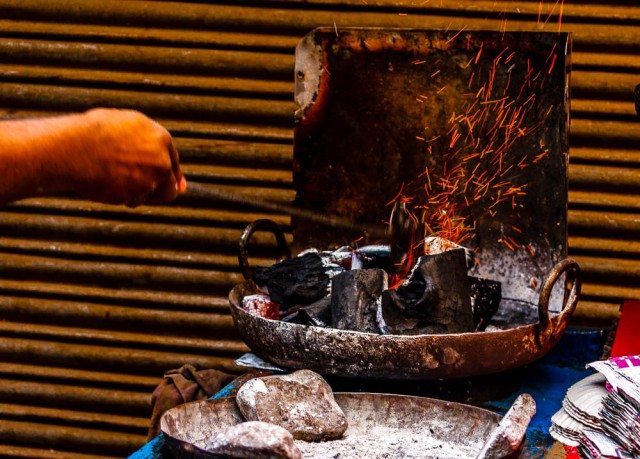 This biscuit was originated in Gujarat and has an interesting story. The legend goes that by the end of 16th century parts of Gujarat were ruled by Dutch people, A Dutch couple were running a bakery in Surat. When the Dutch people left Gujarat in the 17th century this Dutch couple gave the bakery to a Parsi employee who used to work in this bakery. But after Dutch people left there were no takers for his bakery products. The bread he used to make remained unsold. So he tried to sell the dried bread by the name of nan khatai (Nan:Bread, Khatai (or Cathay): China). This dried bread caught the fancy of people and the Parsi bakery started making profits. Of course over the years the recipe changed and it took shape of biscuit rather than dried bread. 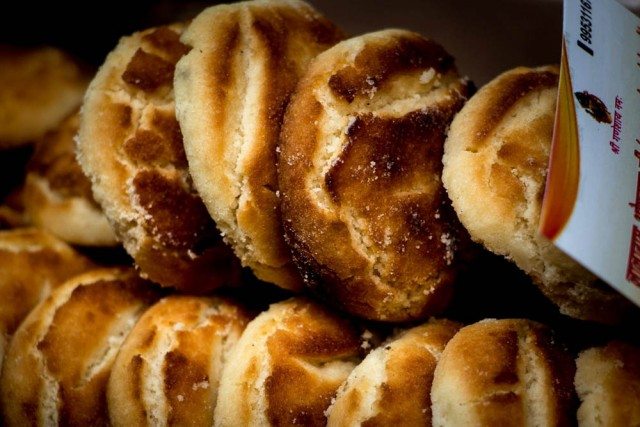 The dying biscuit of India

What a delectable serving!

The owner of the Nan Khatai stall was working single handedly preparing nan khatai on the slow fire of charcoal. When we interviewed him, he claimed that the method was traditional and that he had made no changes in it. The mouthwatering nan khatai is prepared with desi ghee and cream. Its smell is so inviting that one cannot stop himself from buying it. Before its smell could deprive us of our senses we darted out of the street. We came across Kanwarji’s sweet shop from where we bought some tasty imartis. It was already 12:00 and the sun was shining overhead, we took a final glimpse at Dilli ka chand the Chandni Chowk, and made our way to the metro station, and off we went. 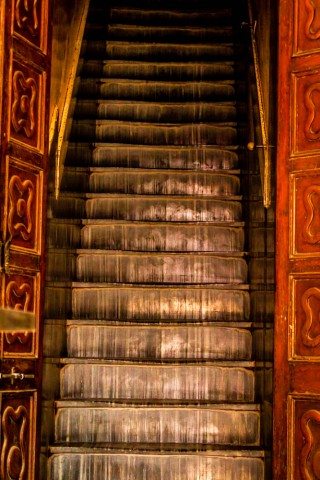 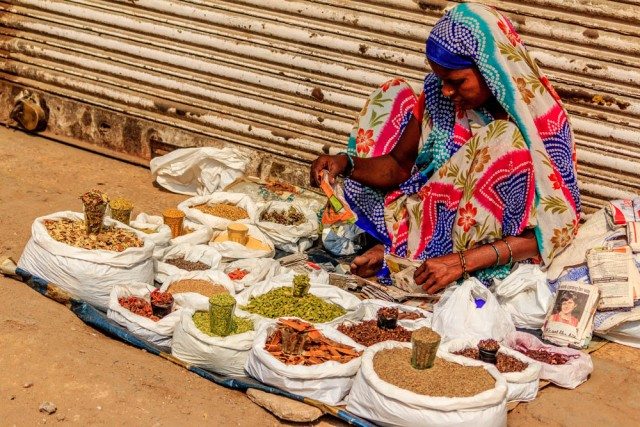 The real spice of India

Please make sure to check our videos of nan khatai and the famous parathe wali Gali.

Shreya Sharma is a student of class X at Gyan Bharati School in Delhi. In her free time she photographs and writes a journal.

Hello Friends, I hope you have enjoyed reading the first part. Here comes the next.. The late night celebration lasted till 1 am. Next…