Sangla, the quaint Himalayan village/town/valley is an over-deserving candidate for the travelogue that I was yet to write. But then between the ‘no-travelogue-at-all’ or a ‘hotel-review-quickie’, I am choosing to force down the latter. Procrastination is overwhelming and a hotel-review-quickie must be done within the expiry-date of your memory for the objective details, so let me do that; and I would try my best to throw in some good pictures to display what Sangla has in the offing. The second stop for our ‘Chalo Kaza’ run was to be in Sangla. We were advised by the internet that we should spend at least 3 nights there so we decided to increase our stay from one night to 2 nights at Sangla. It looked like a stop good enough, a provision to rejuvenate the calf muscles from active driving and to get us some worldly pleasures, before we reach Kaza and take the great Kaza-Manali drive head-on (almost literally!). 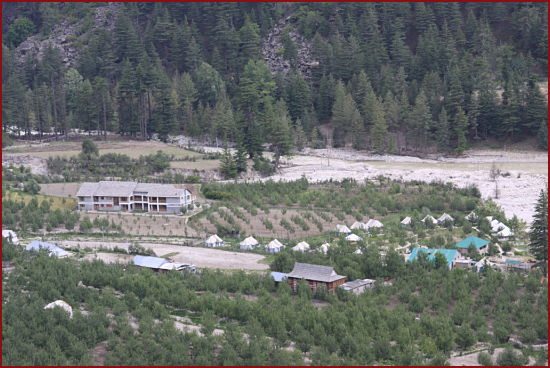 Location and Accessibility
Access to the camp is via NH22 that connects Shimla to Kaza. The route to the same goes like this : Shimla-Rampur-Wangtu-Karchham-Rakchham-Sangla. It is about 200+ KM from Shimla and would take you 6 odd hours. Till Karchham you are on NH-22 and it is a fairly wide road. You pass through the lovely views of Kinnaur and for more than once you would get tempted to stop and take a quick halt. Beyond Karchham, it’s a narrow single lane high-altitude road and a very tough drive.

Once you get closer to Sangla, you get to see villages and some habitation. The country side is really beautiful. If you need a more detailed route map, you can read here.

Here’s a interactive google map, you can zoom-in/out.

You leave the main road at Batesari village and take a kachcha road and take a small walk to reach the tents.

With a full fledged river along the tangent, and mountains on the circumference, the location looks heavenly and unbelievably picturesque. 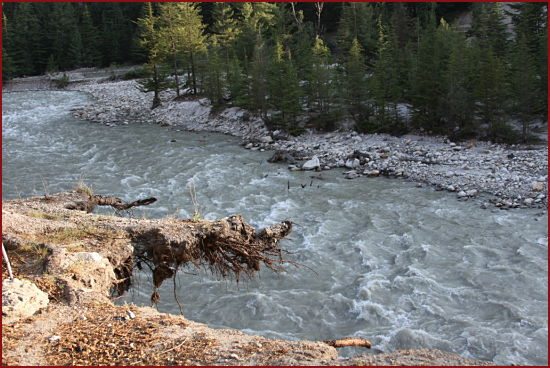 There are two kinds of stay options. One can choose to stay in tents which are in the main campus or go a little off and be in brick-n-mortar comfort. It is a Swiss tent with a small verandah to spend your afternoons and an attached loo with running hot water. The brick-n-mortar is a new thing and is called ‘Banjara Retreat’. We stayed in Tents and it was pretty good. There is a top-covered side-ways open tea-coffee area where you get to socialize and Banjara gets its own share of high heeled customers.

The dining hall is a wooden structure with large tables in a restaurant format, a mini library and it also doubles up as an indoor gaming joint during off-eat hours. We did steal some time to have a couple of rounds of Scrabble.

There are swings for kids and overall it is quite a child safe area. The river almost makes a semi circle and on the other end, there is a big open space along with the river which is used for evening bon-fire. The good thing is that there is a barbecue as well and one can get fish, chicken and other usual stuff. There is a bar counter for the spirited and they do not mind if you carry your own stuff and take soda pop from them. It’s a very casual and light atmosphere. 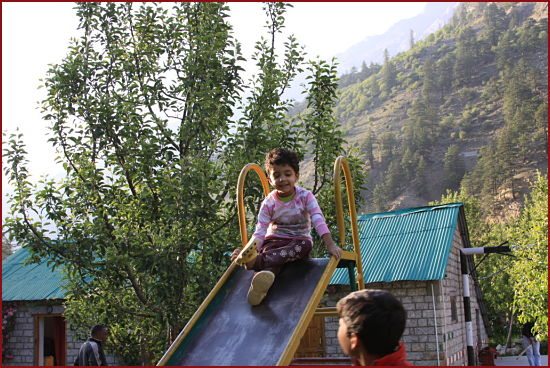 When we were there, we could see small groups playing Dumb Charade, enjoyed the warmth of the bonfire and kids running everywhere.

Tariff
I do not exactly remember but I believe it was around 5.5k per night (in the peak season). I do not remember exact amount but it was definitely on the expensive side and without making it too much apparent, the crowd which we found there seemed well grounded to shell that kind of money.

Hospitality
When we were there, we found Mr. Ojha (the hands-on founder of Banjara Camps) amid the thick and that greatly lifts everything. He was in super company of Sonu (hope I am getting the name right) and between two of them, they had everything under control. Mr. Ojha himself finds time to interact with guests and is a far cry from the usual blazer toting managers. It is fun to listen to him and engage in a conversation. Its greatly enhances the complete experience and makes your stay much more enriching.

What to do
Drive down to Chitkul. The last motorable point in that direction, can take a 7 odd KM trek to reach Indo-China border. Chitkul is difficut to explain in words. It is in the heavens, but quite close to the camp. I would try to put a Photo essay on Chitkul. 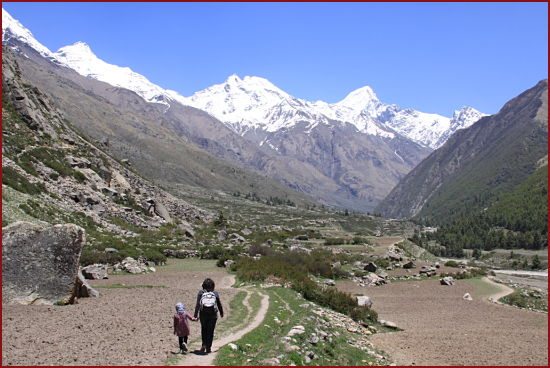 The local village temple is close-by. The camp manager will advise you on the various options ranging from light walks to day-long treks. They also organize porters and lunch. Yes, packed lunch. That is the best part. If you’re not going to be around, just let them know and they will give you the picnic ration – complete with dry-fruits to juice to the dessert. 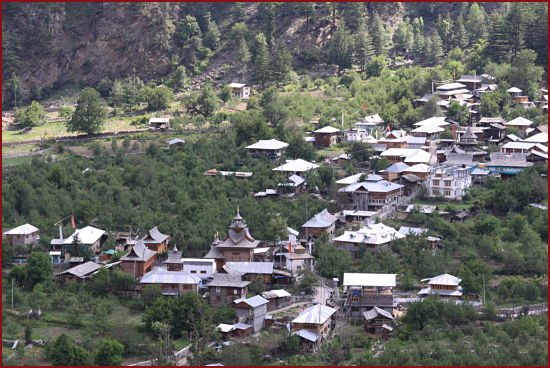 One can spend endless afternoons, just lazing around. Evenings are best to be around the bon-fire nursing your favorite drink.

Final Score
The place is a little remote and you would need to take a break if you are coming from Delhi. So accessibility is a little challenging but once you are there, the ride would be totally worth it. You should plan at least a 2 night (3 night is better) stay there. There are a lot of activities for Kids. Camp is brilliantly run by Mr. Ojha and it is a fabulous place to unwind from the urban stress.