After a long and tiring hours surfing the net for finding a perfect destination for our next summer vacation, constant pressure from my son (Papa summer vacation par kahan jayenge…) and my better half, I finally decided to visit Aruba. Probably never heard off…but it’s presence can be felt in a famous Beach Boys song “Kokomo” starting line. Basically its a tiny island with native population of around 100K, on the north coast of Venezuela. Its administered by Holland and is a Dutch colony. It can simply be described as one of the most different and amazing islands of Caribbean’s (West Indies).

The weather here is pretty constant and same throughout the year with few rain showers during Aug-Nov time frame. During Summers temp gets to around 80 degree F, but feels hotter due to its very dry climate, it’s not a tropical island but constant trade winds make it very soothing and relaxing place to be. Now one would ask, why did I chose Aruba among all famous places like Hawaii, Jamaica, Barbados, Bahamas etc etc…I wanted to play safe, since July is typically a hurricane season in the Atlantic, to avoid any such trouble and uncertainties in planning, I chose Aruba, as it falls outside of the hurricane belt and is pretty safe and family oriented, One Happy Island. Since its a Holland country, on an average, people spoke 4 languages fluently out here…Dutch, Spanish, English and native Papiamento, so language was not a barrier at all. 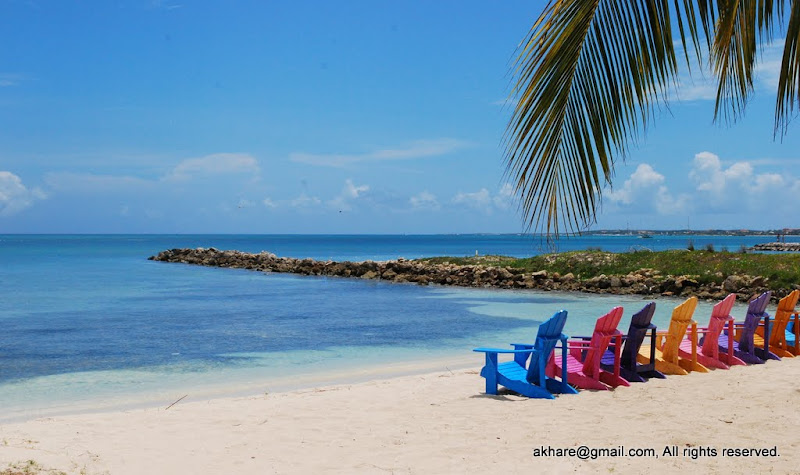 After long planning and advance reservations we started our Journey on July 2nd. It was a long 8 hrs flight from Seattle to Oranjasted (Aruba’s capital city). Even though it’s a small island country with a good public transport, I decide to rent a car for greater flexibility and it was pretty cheap as well (BTW, you drive like in US, so this was not an issue). The local currency here is Florence or some people also prefer to say Guilder. This is a pricy island with pretty much everything at par with US, but probably better than Hawaii where everything cost more than what’s in the mainland US. Being a vegetarian family, food is always a problem at these foreign places…so having a kitchen is always handy, hence we booked a one bedroom suite with a kitchenette for those odd hour hungry times. We reached our resort room at around 2 pm…to our surprise, the guest at the resort were greeted with a free tropical drink, Fruit punch with Caribbean Rum…yummy. The Divi Phoenix resort was very nice with bunch of swimming pools / Jacuzzi and big open beach right in front in the low rise palm beach area. WOW we were happy with our decision. So far so good :) 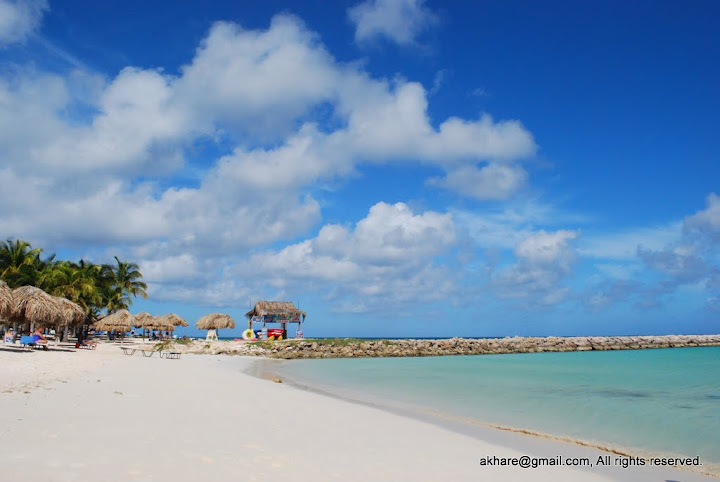 Beach huts by the sea…

We pretty much slept like a baby that day after the long red eye flight. It was hot but A/C did its wonders. Our room was on one of the top floors and the view from the balcony was simply stupendous. Long white fine sand beaches with blue green crystal clear water…so calm and relaxing one can’t put in plain words. We did not had any fix agenda in this trip…so enjoy the beach, sea and chill out. Pretty much most of the day went sun bathing and lying in the water at the beach waiting for the sun set which was simply amazing. My 6 yr old was having a terrific time in the water, the beach is so nice, you can walk 100 feet inside with water still at your waist. Very clean and pristine. He loved beach combing finding shells, collectibles etc. In the night we had dinner at the sea side restaurant in the resort with live music and karaoke performances. Overall great times. 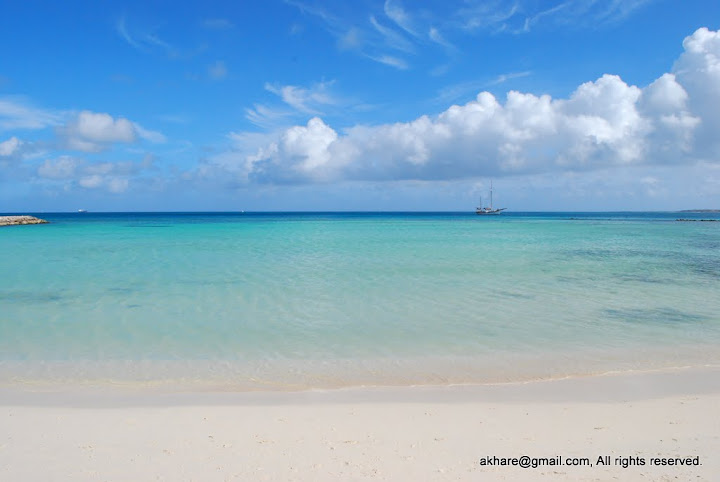 Again no agenda, so only thing in mind was to chill out and be on the beach…so that’s exactly what we did for next few days with some adventure sports like Para sailing and water tubing which the family enjoyed a lot. During some odd times, we would go for sightseeing to nearby butterfly farm, light house, natural stone formations, check out some other city beaches and drive around the country which is so cute and charming. 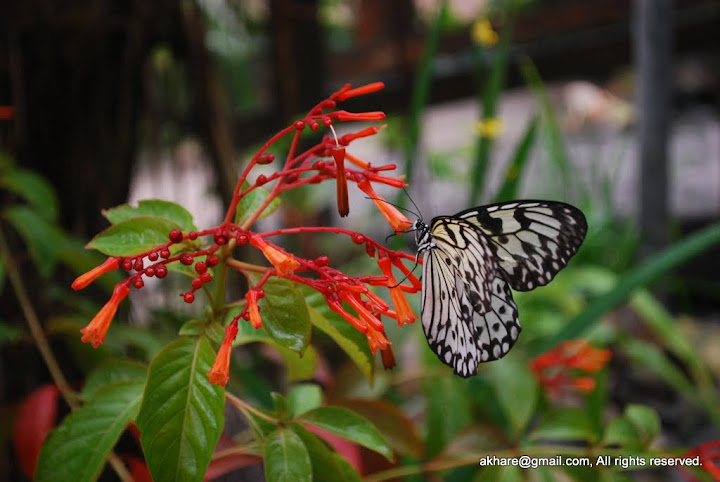 Since this place is heavily flocked by American tourist, our resort arranged a special 4th of July celebrations with Firework and party on the sea, it was a spectacular show on the water. Food…my favorite…I’ve heard Local cuisine out here is great with curries and spices but again being a vegetarian our options were very limited. We did enjoyed great pastries from a local bakery Huchada in the Palm beach area. Casa Tua is also a good Pizza joint if you like Pizza. After 4-5 days we were finally craving for some good old fashioned Indian meal…and we were in luck…upon searching we discovered that there is one and only one Indian restaurant in this island, it was in downtown Oranjasted called Taj Mahal, my son was all excited to go there and we went, to our surprise the cooks were from UP / Uttranchal and the food was simply amazing, very much like a home cooked meal. We enjoyed it thoroughly and thanked the owner. From him we came to know there were quite a few (around 1000+) Indian families in the island mostly Gujratis, Sindhis and Marwarhis indulge in Jewelry and diamond trade. Pretty much all big jewelry / watch / gold showroom is owned by Indians, IMO that was expected and completely understandable, hats off to these communities for being in every part of world and making us Indian proud and homely J wherever we go. 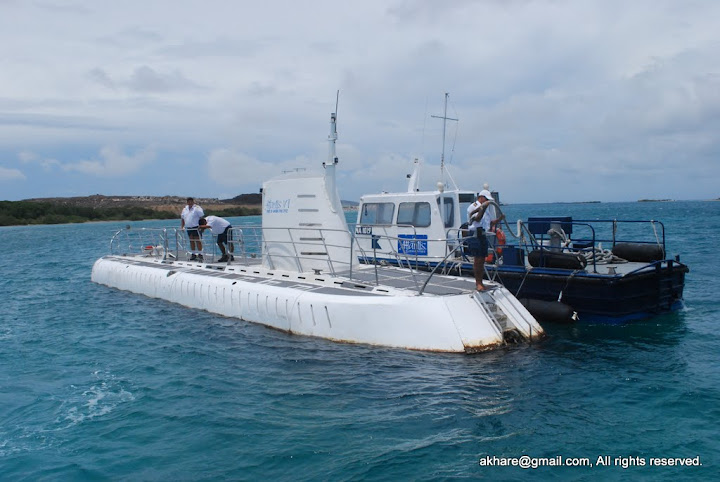 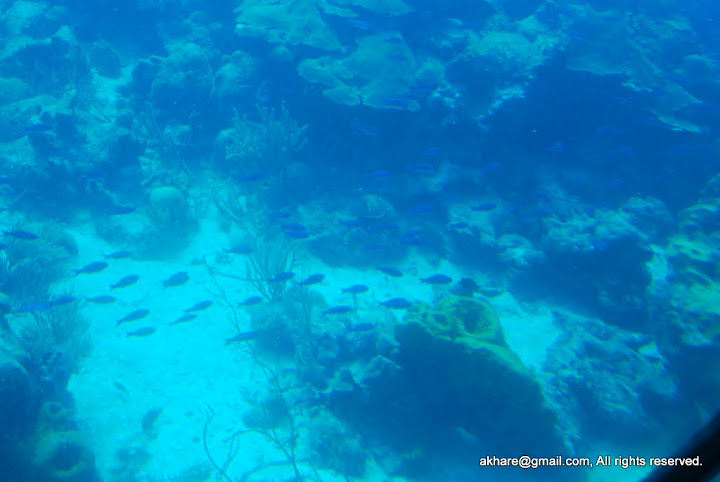 Next day we did a Submarine tour, a real US Coast guard certified passenger Submarine dives almost 150 feet into the sea surface. Great views of deep sea, sunken ships, coral reef, sea life was very interesting to watch from the inside of the submarine giant circular windows. We also observed how colors from the light spectrum slowly disappear as we travel deep into the water everything starts appearing blue, including your blood. Unique experience which we thoroughly enjoyed, though my wife did feel some pressure and sickness due to the dive but overall well worth our time and highly recommended for one time. Also since we travelled during the FIFA World Cup, we were lucky to see all the soccer excitement here as Holland went on to the finals and were runners up this year, entire Aruba was painted in orange for all these days. Great sight to watch and enjoy. We watched the Semi final at the local pub with huge crowd happy and cheering for Holland, great experience overall. In general Aruba is a big party place with Party Buses, Party Boats and pretty much party everywhere. 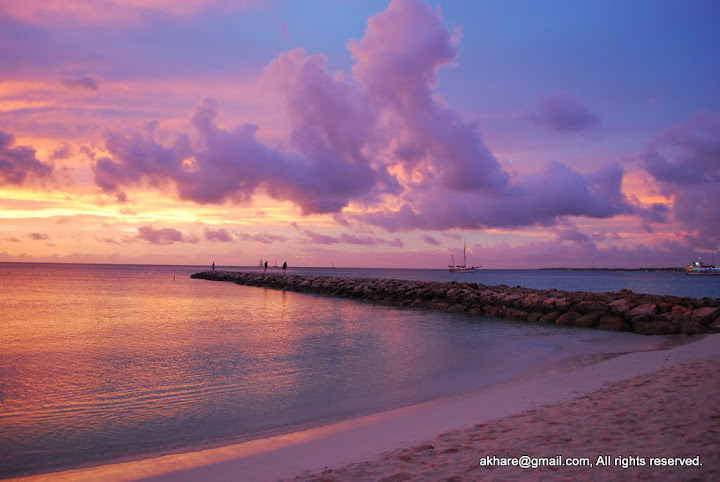 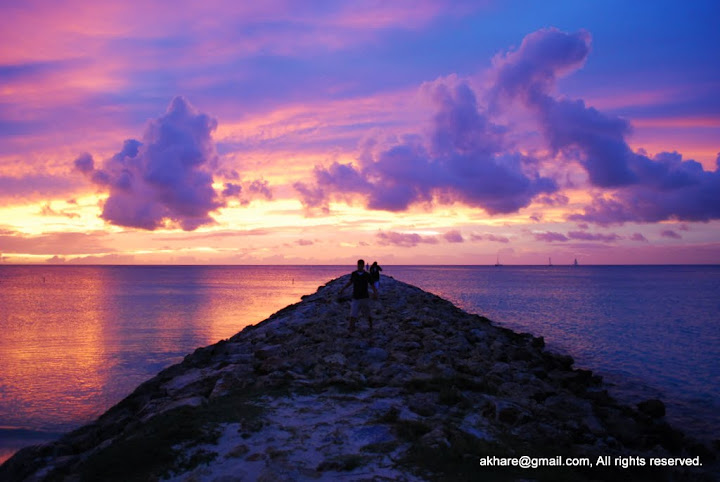 Sunset at the Caribbean Sea

One week just passed and it was about time we take our flight back to the great emerald city from this truly happy island. We were very happy with our choice and were not in any mood to go back. The beautiful charm of tiny country, pristine beaches, green crystal clear water and friendly people were hard to say goodbye to. But remember it was just a vacation…though something to consider for your retirement, I said to myself J. 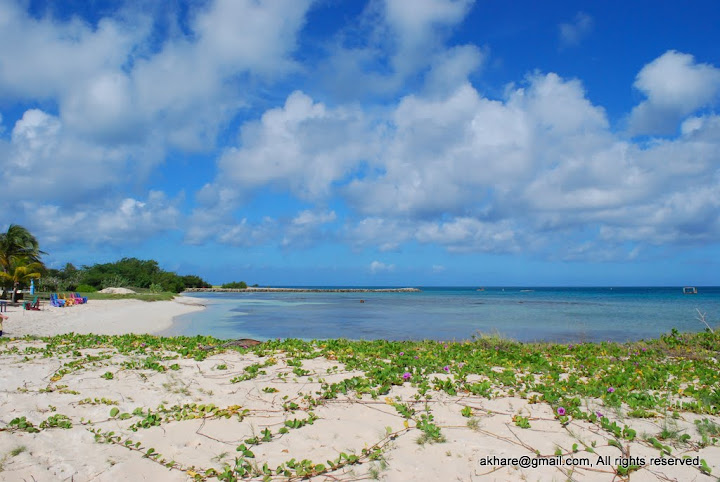 In the end, I would highly recommend Aruba. Anyone travelling to this part of the world, If you are visiting Caribbean’s, Aruba should be on top of the list.

I am a simple Music/Travel/Fun loving software professional, currently living in beautiful Northwest part of the United States, but my root lies in heartland of India, Uttar Pradesh. Other then writing travel blogs, I'm also very passionate about Music and actively involved in performing music for charity events (my band). My dream is to travel and see India as much as possible, favorite mode, of course Indian Railways!

Each time I feel lazy to write, I resort to photographs to rescue me. A bunch of images compiled together still makes a post,…