Hectic work schedules, daily traffic snarls, very little time to relax – and then a three day weekend comes along! A badly needed break and a quick plan brought us to Mussoorie, in the middle of April this year.

This post comes late because I’ve been too lazy to write it all along – but as they say, better late than never!

The drive to Mussoorie is mostly boring, with not much to see along the way. The beauty starts after Dehradun – and you come across a pretty, shaded forest with tall trees on either side of the road, and a river running through (which was dry when we went). 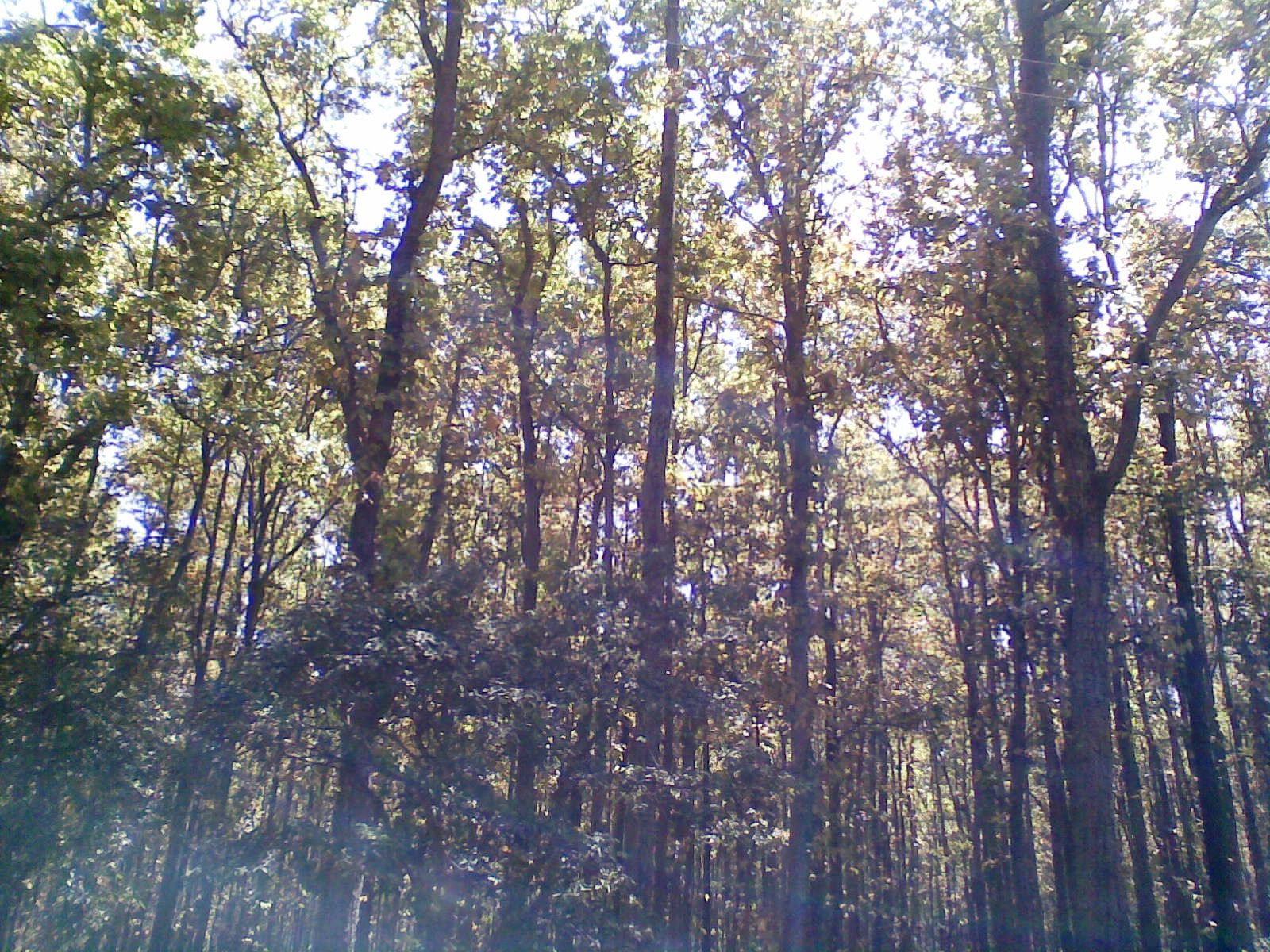 Just before the main town, we stopped by Mussoorie Lake – overly-hyped by travel portals and journals, and very dirty. It was hardly a lake – more so, just a small & shallow pond with a few empty boats floating on it. A total tourist trap, I wouldn’t recommend a stopover there. The view from the lake was pretty, but you can get an equally good view if you stop anywhere else on the uphill road, too. Avoid. 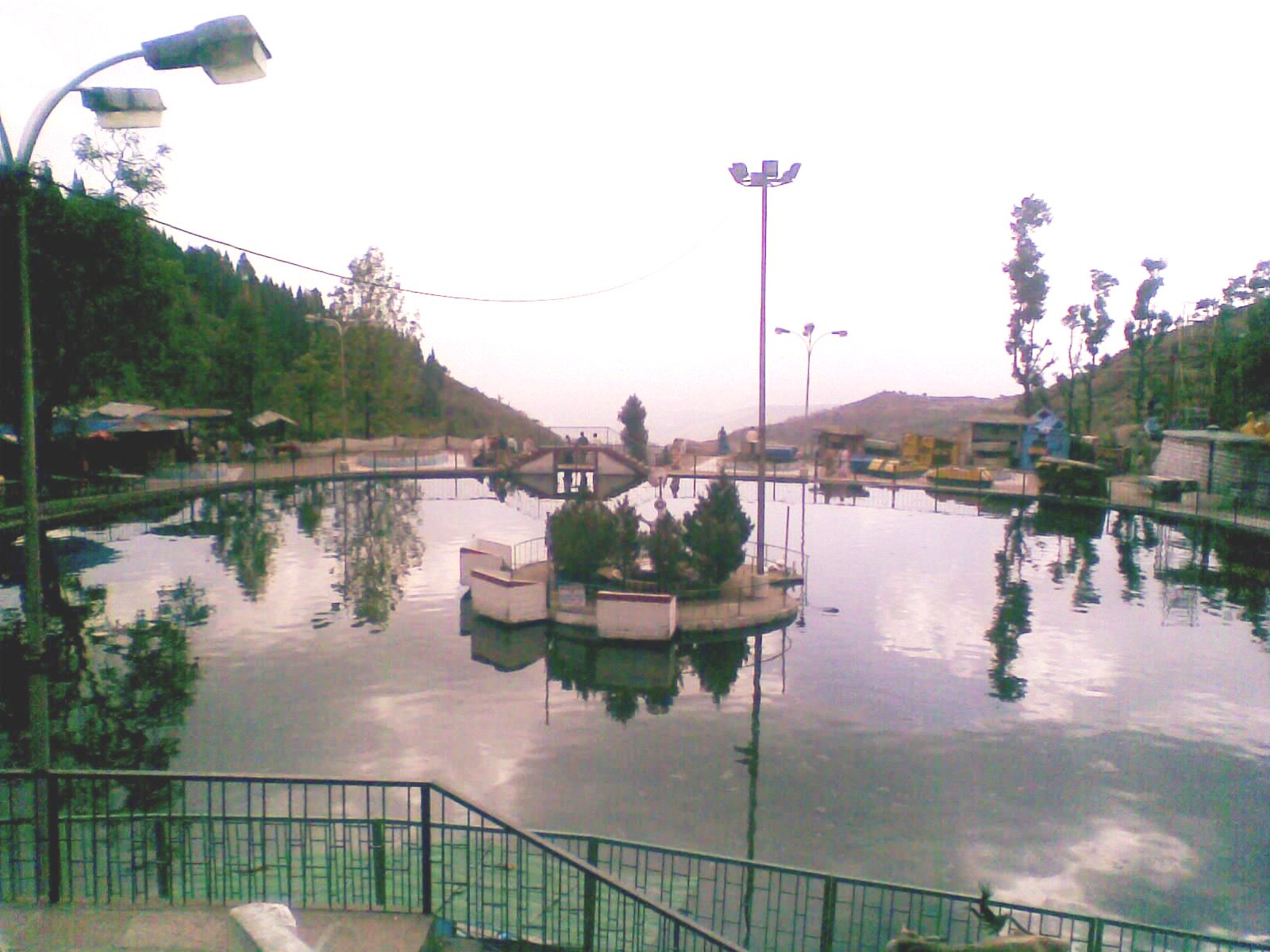 A 34 km uphill drive from Dehradun finally brought us to Mussoorie after almost 10 hours of traveling, and we checked into the army guest house, Mandakini. The weather was pleasant bordering on warm during daytime.

The view from the guest house was beautiful, with a glimpse of the entire valley below us. With not much of the day left, we headed out quickly for the mall. 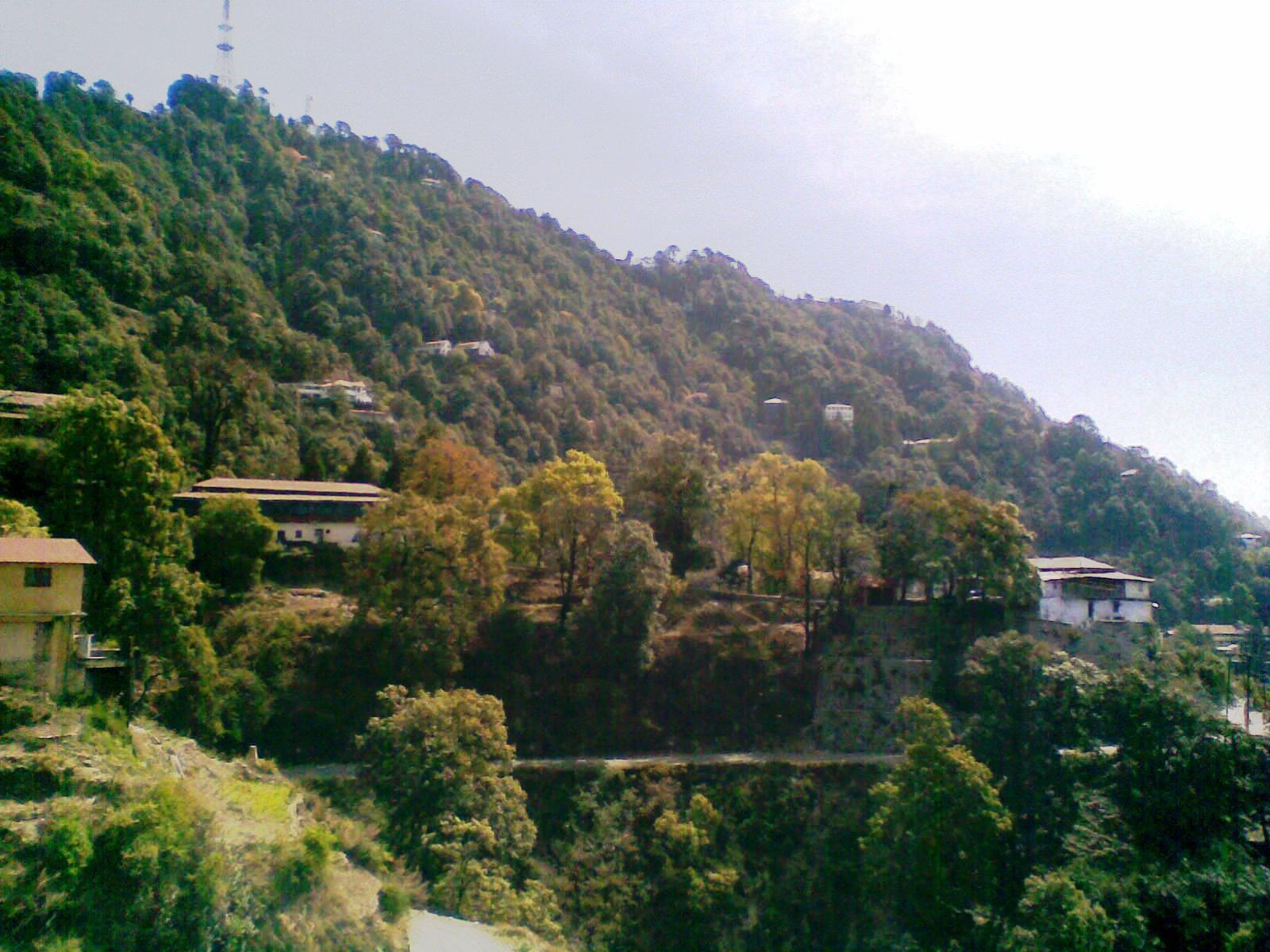 Mussoorie’s Mall is an interesting place, overcrowded but quaint! The whole stretch slopes up and down, and is lined with motels, eating joints, and shops selling clothes, blankets, trinkets, wooden knick-knacks and all kinds of handicrafts. Plenty of people and plenty of horses make the walk a bit annoying, but the place is interesting. You can get a good view of the valley below, somewhere around the middle of the promenade. 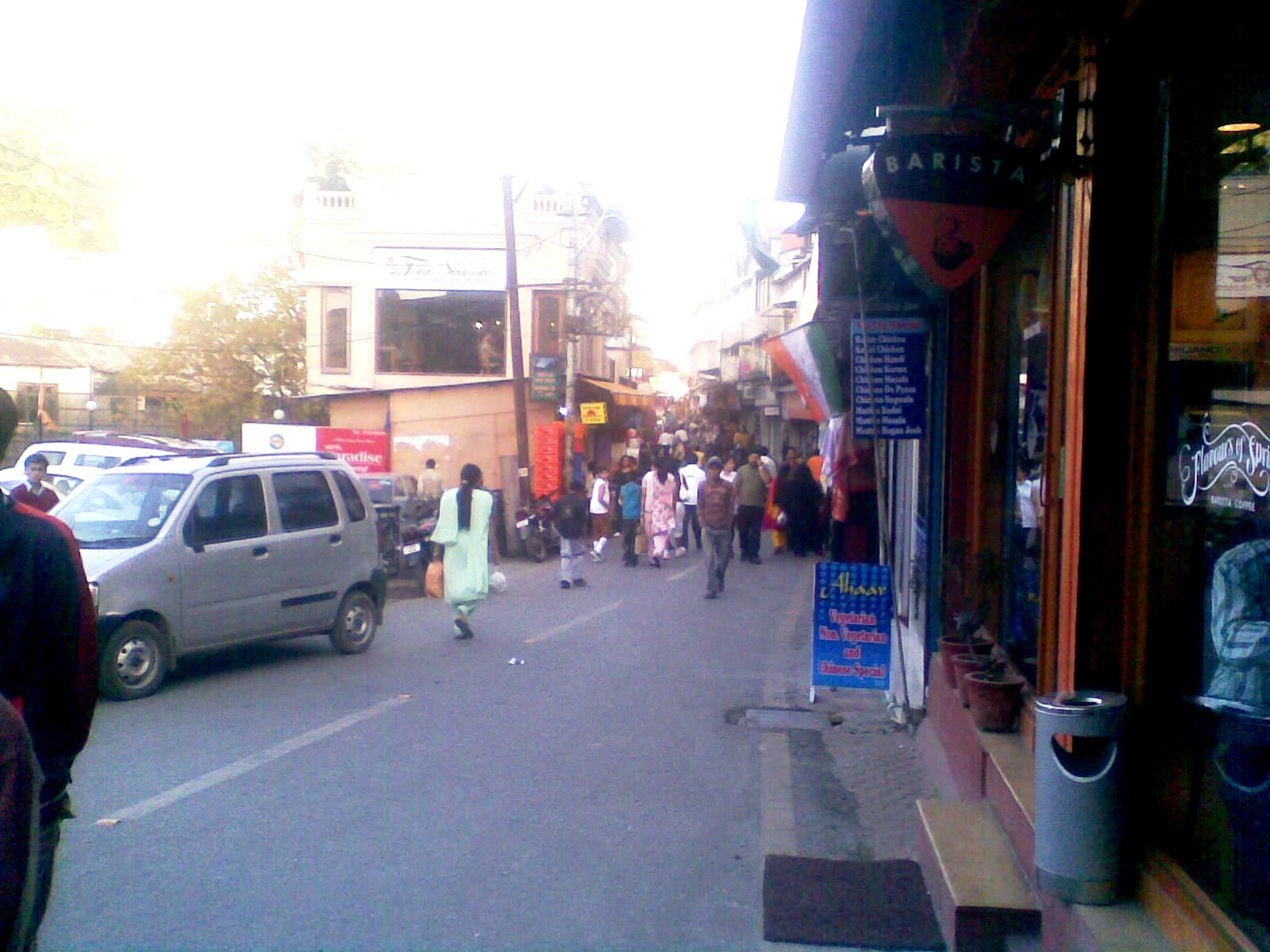 After spending a couple of hours at the mall, we headed back to the guest house, because it had become very cold and windy. Once inside, we could hear the sound of the wind roaring outside in the mountains, which sounded like a truck rumbling really loudly!

The next day, we made plans to visit Kempty Falls and Dhanaulti. My choice was Dhanaulti first, but the majority won, and we headed towards Kempty. The drive from the guest house was about 25 kms long and took over an hour. 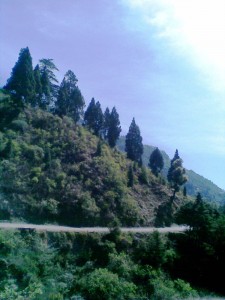 On approaching, the driver pointed out the falls to us from a distance, which turned out to be nothing more than a single stream down the hills! We weren’t expecting Niagara, but we realized that we’d run into another tourist trap!

The place was really crowded, with families and honeymoon couples all over. We made the best of it, though, and spent our time wading barefoot in the cold water. 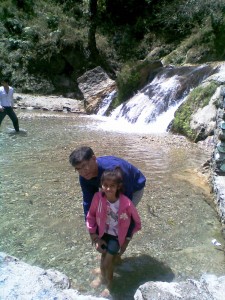 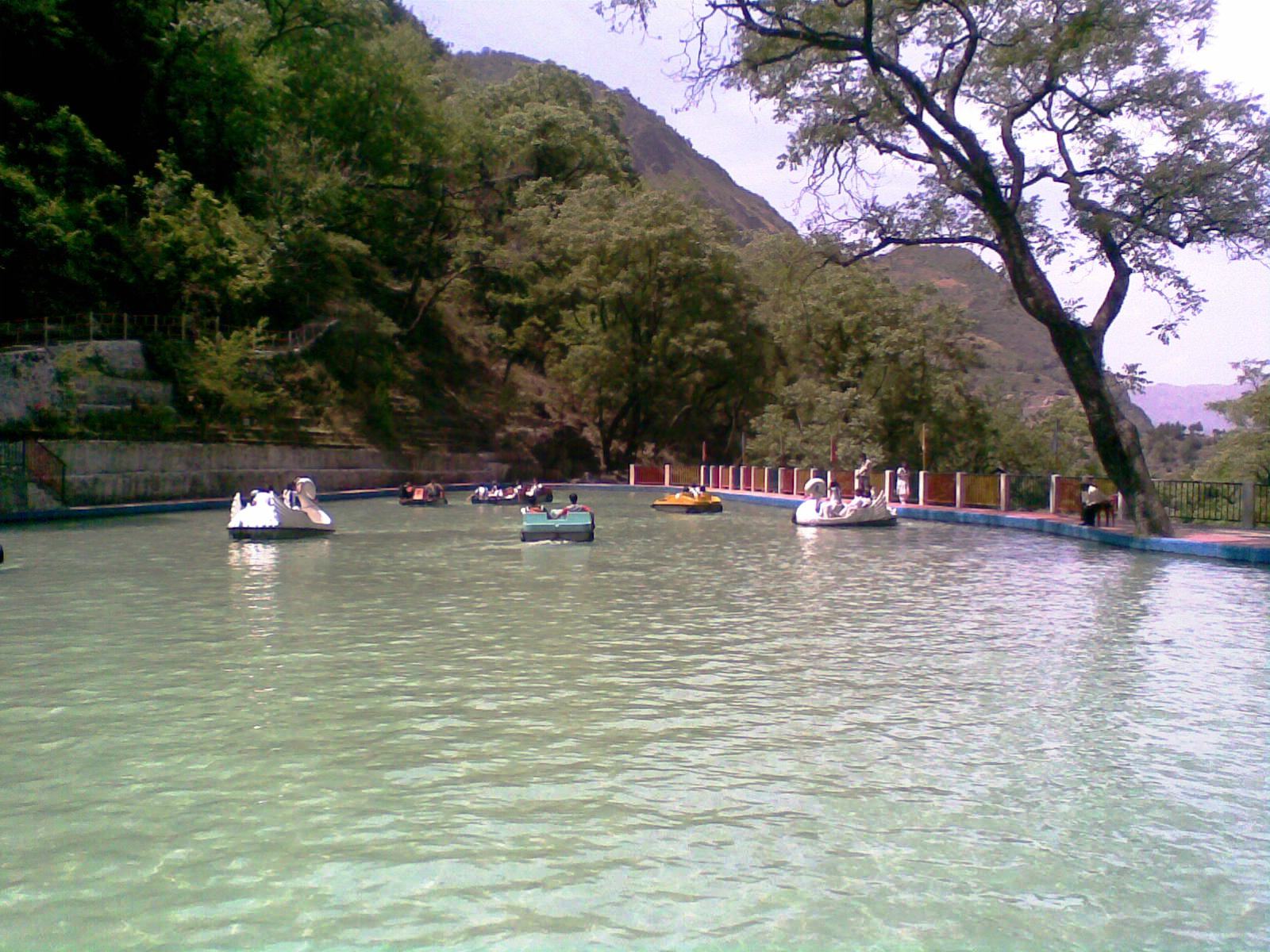 We got stuck in a huge traffic jam at the exit, and by the time we managed to break free from the madding crowd, it was too late to go to Dhanaulti. We headed to the Mall again and spent a couple of hours there, roaming around and buying souvenirs and blankets, before heading back to the guest house.

The next morning, we headed back home.

The trip was short, and we didn’t get to do much, but we did manage to go on some long drives around the place. The views of the valley and the hills were beautiful. 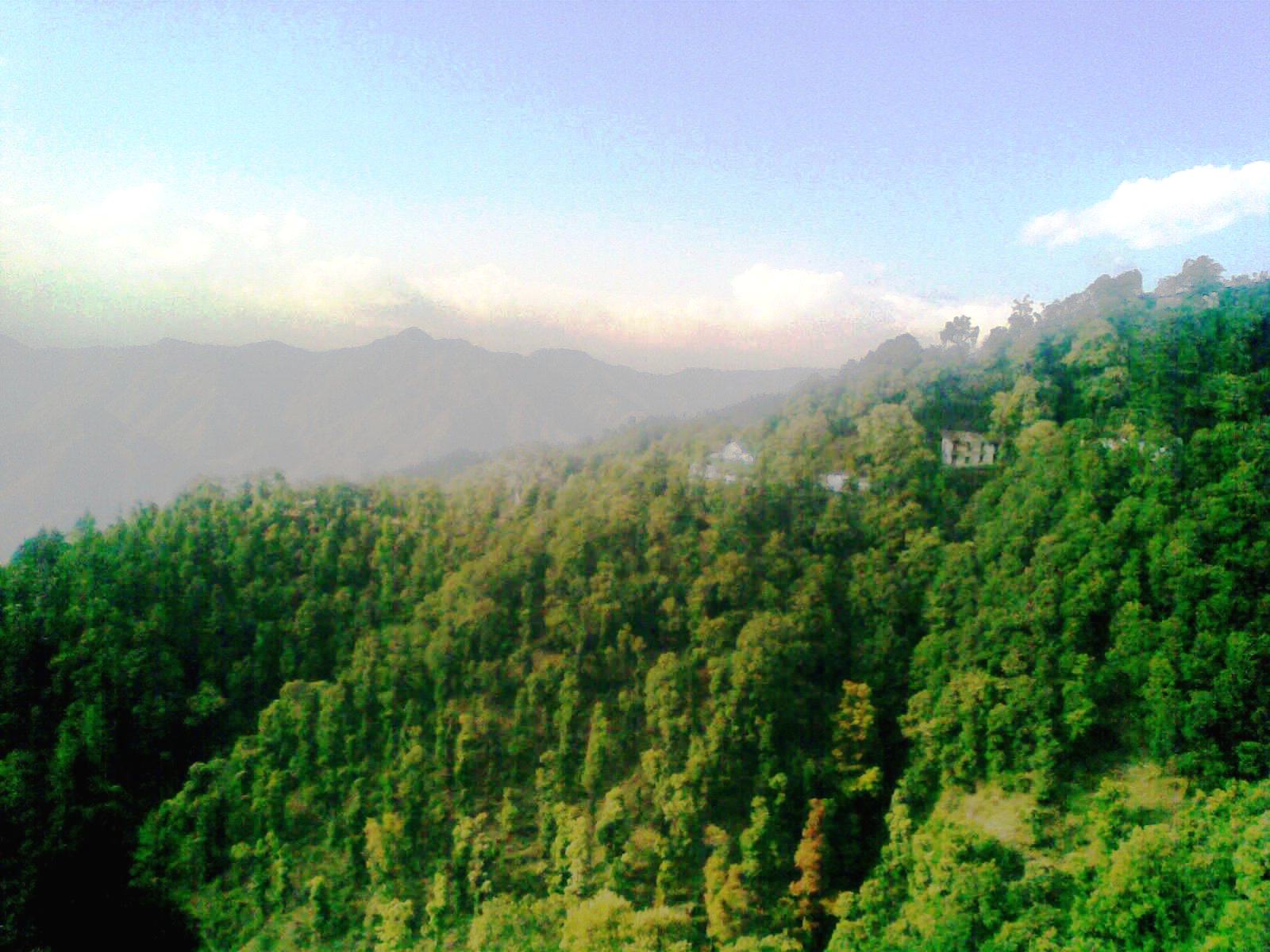 We also came across some lovely flowers growing wild along the way! 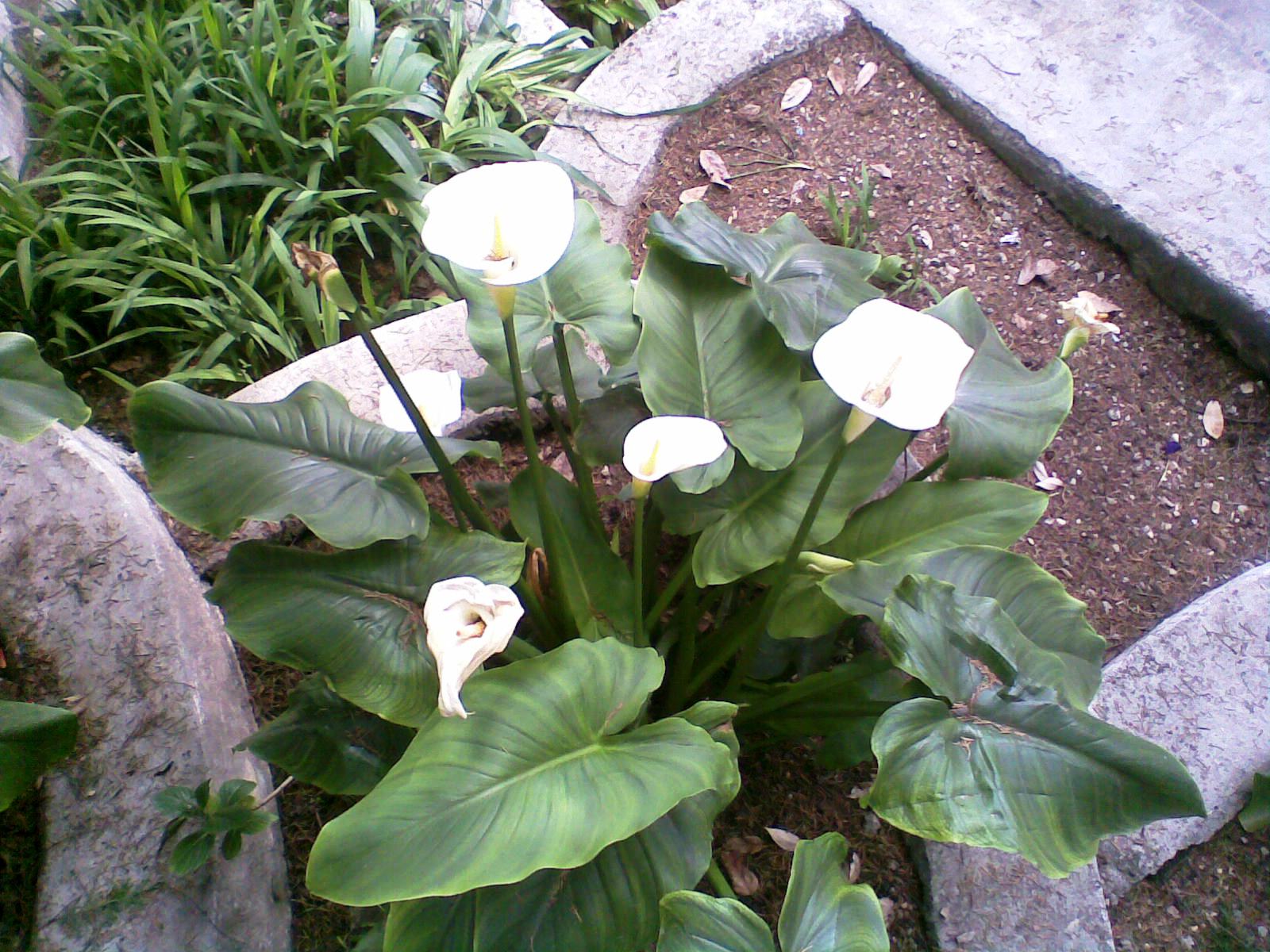 Overall, it’s a pretty place, although the tourist areas do tend to get a bit overcrowded. I wouldn’t recommend a stopover at the Lake and Kempty. The Mall is a nice place to roam around, though. If I were to go again, I’d avoid these tourist traps and go on walks or drives in the hills. Otherwise, it’s just as crowded and just as noisy as any public place in a big city!

A Weekend in the Hills was last modified: August 5th, 2019 by Ash