Thailand is the land of sun, sand ‘n sea! No wonder we were all so happy when the conference-cum-leisure getaway to Phuket and Bangkok was announced by the office! The trip was organized as part of the annual conference for our division, and we were all looking forward to an exciting 5-day long party with friends.

The Thai Airways flight to Bangkok took off at midnight, with our gang occupying about half the seats on the plane! Excitement was high and nobody was in a mood to sleep! After much anticipation and four long hours, we landed at Bangkok’s Suvarnabhumi Airport to catch our connecting flight to Phuket Island, and were pretty impressed by the look of the place. An hour’s wait followed, and we found ourselves on the plane to Phuket.

The flight was short, barely an hour’s time. Breakfast was served on the plane – a strange Thai concoction of boiled vegetables in some yellow paste, but we were so hungry, we didn’t complain! Close to landing, as I was about to doze off, I heard delighted “ooh’s!” and “aah’s!” and saw everyone looking out of the window. On glancing outside, I saw a beautiful aerial view of the islands, green and lush, with the pristine blue sea below us, waves lashing against the rocks, onto the shore. Wow!

On landing, we were in for another pleasant surprise! The airport runway lies along a beautiful coastline! We all just stood there, looking out of the windows in the transit area, taking in the beauty of place. 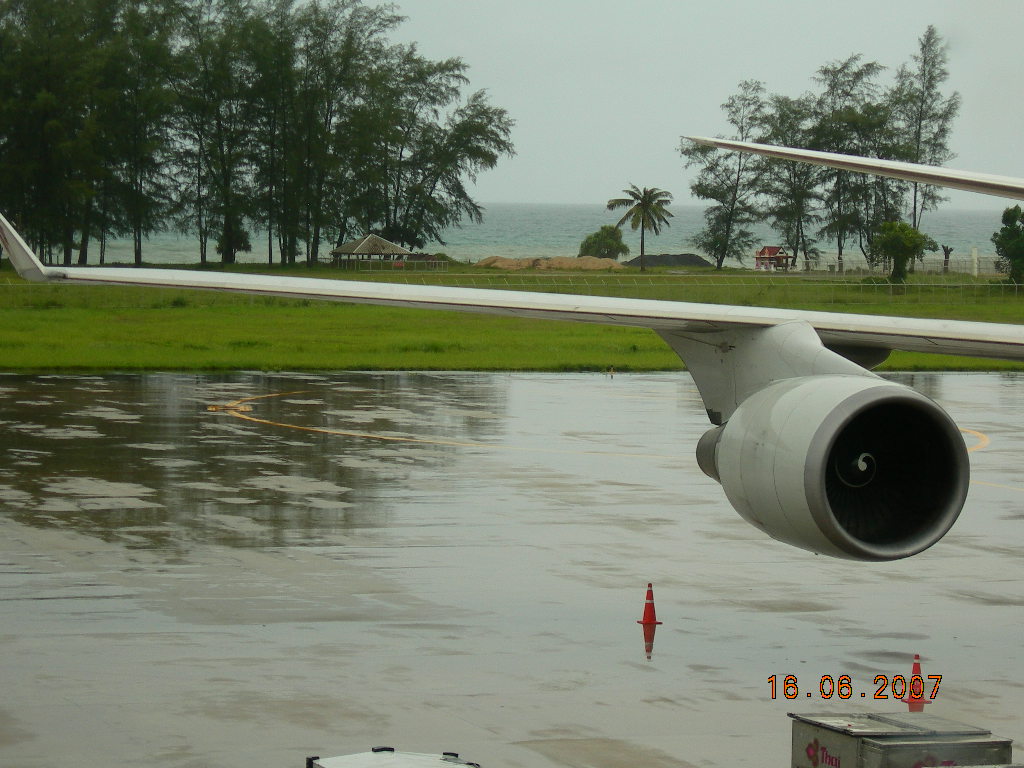 The weather was good, cool and slightly cloudy, and it had just rained. It was a beautiful day! We were greeted at the airport by our hotel representatives, two Thai women dressed in traditional attire, who greeted us with garlands of orchids! From the airport, we all piled into a bus and headed to Boat Lagoon Resort for breakfast, enroute to our hotel. Our guide for the tour was a Thai lady from Chiang Mai, named Tawan. She could barely speak English. She told us a bit about Phuket (Pooket!) and its main attractions, all in broken English. The funniest part was when she told us about the massage services she could hire for us – “Tladitional Thai maasaage! Vely good! Decent masaage! Old leddies only, no young! Clean! Call me at this number…”

Boat Lagoon Resort was a beautiful place, with boats moored there in the lagoon (that’s where it gets its name from). Full of lovely tropical plants, pools, and a beautiful lagoon; it was the perfect place for a good start to the day!

After a rather restricted breakfast at Boat Lagoon – lots of seafood and funny egg dishes most of us couldn’t stomach – we all moved to our hotel, Sheraton Grande Laguna Phuket. We were greeted by absolutely stunning scenery. The SGLP boasts of a sprawling property, set against a dazzling backdrop of bright white sand and sparkling indigo lagoons. 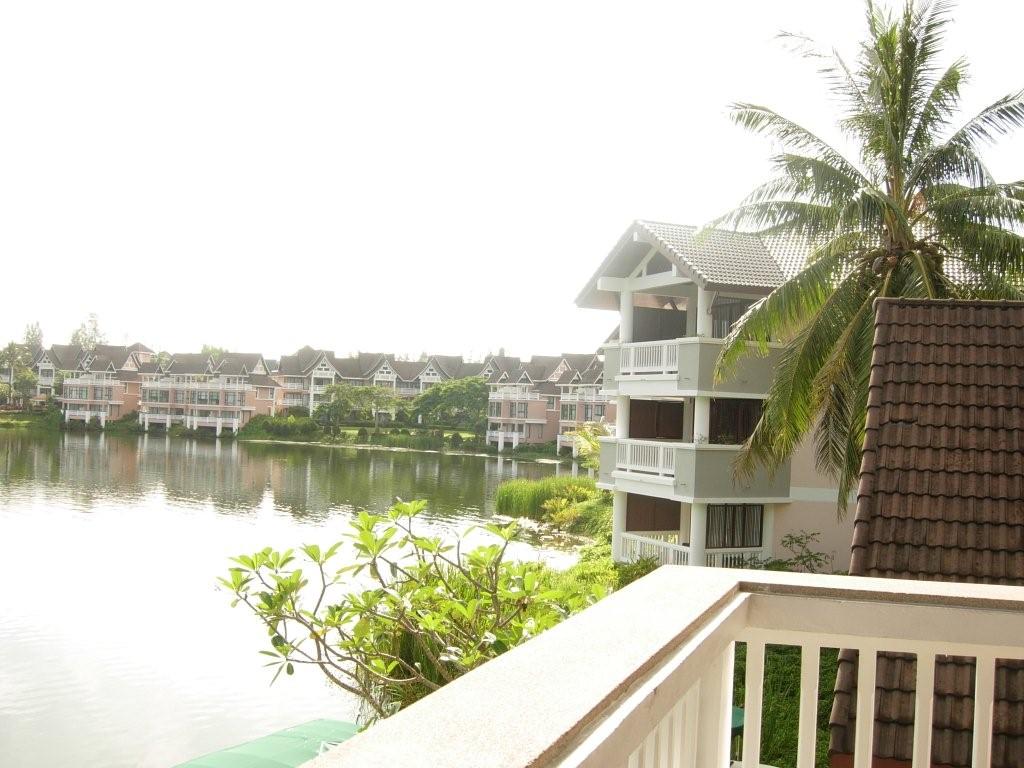 We were greeted at the reception by polite attendants, bowing and joining their hands with in the traditional Thai welcome “sawasdee ka!”, then offering us drinks! We checked into our rooms, showered, changed, and went down for lunch to the hotel’s buffet restaurant Bird of Paradise. The food was good, though the vegetarian folks had a tough time deciding what to eat! The Thai chicken green curry with noodles was excellent.

After lunch, we headed to the gem factory, run by the government. None of us wanted to go, as we were all raring to go to Patong Beach for water sports. However, Tawan started crying, telling us that she would lose her job at the tour agency if she didn’t take us there! We all decided that we’d spend a maximum of 15 minutes there, and then head to the beach. We ended up spending about 45 minutes, to Tawan’s relief – it hosted the most beautiful collection of gems and jewels we’d ever seen!

Patong Beach, Phuket’s most famous beach, is an excellent place if you want to try out water sports. You can do parasailing and jet skiing at a reasonable price of about 700-800 Baht each (a Baht equals about Rs. 1.30). There are these guys on the beach who run these activities, and they accompany you for safety. One has to however beware of them, as they’re excellent pickpockets. 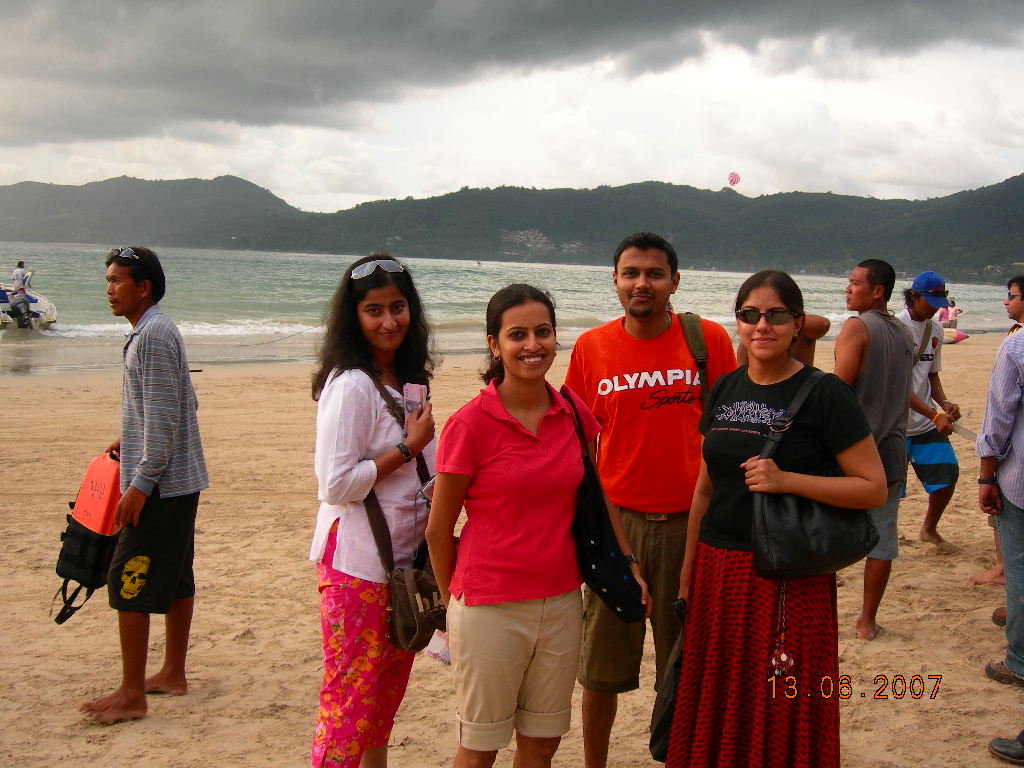 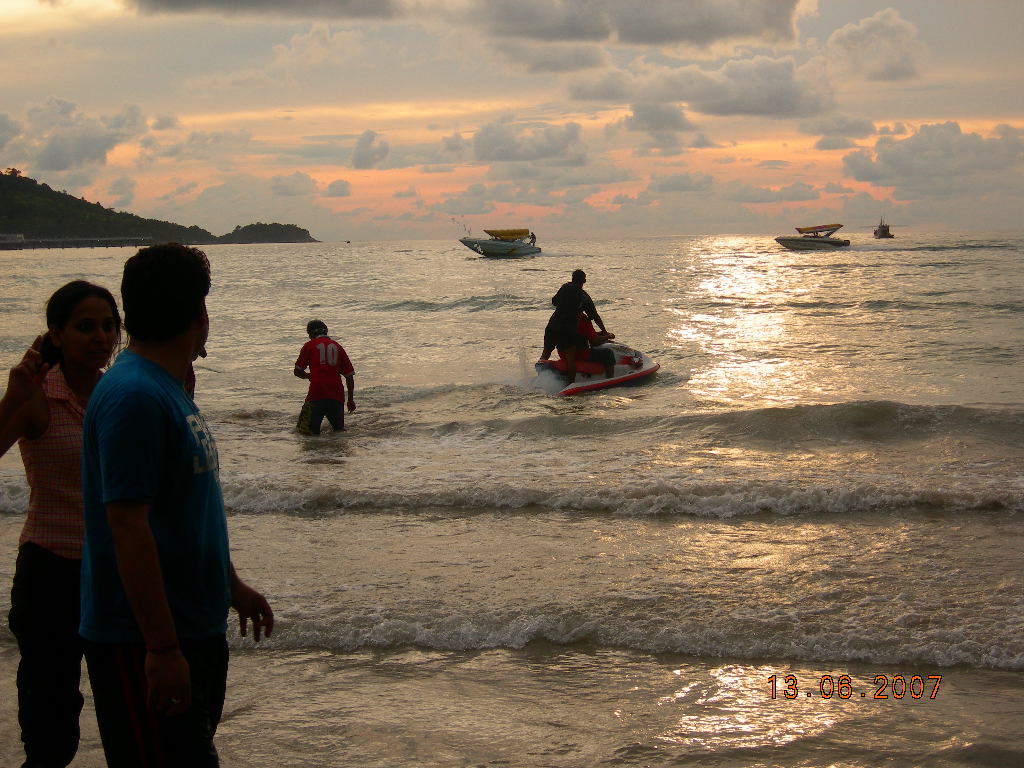 We had a great time at the beach, enjoying water sports and splashing around in the sea and piled back into the bus dripping wet, tired, and very sleepy, to head back to the hotel for the beach party at night

The Sheraton Laguna has its own, huge private beach and beachside restaurant, Gekko. The Thailand tourism authority had also arranged for short traditional Thai dance performances, and we found them a bit odd, though the dancers moved well! 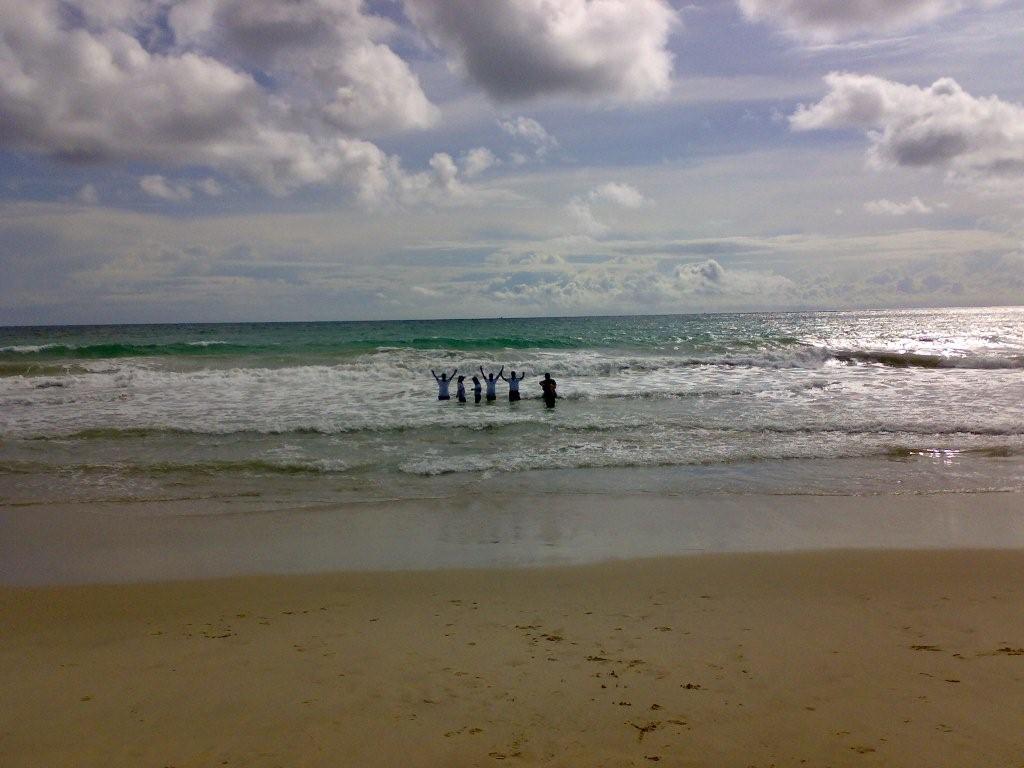 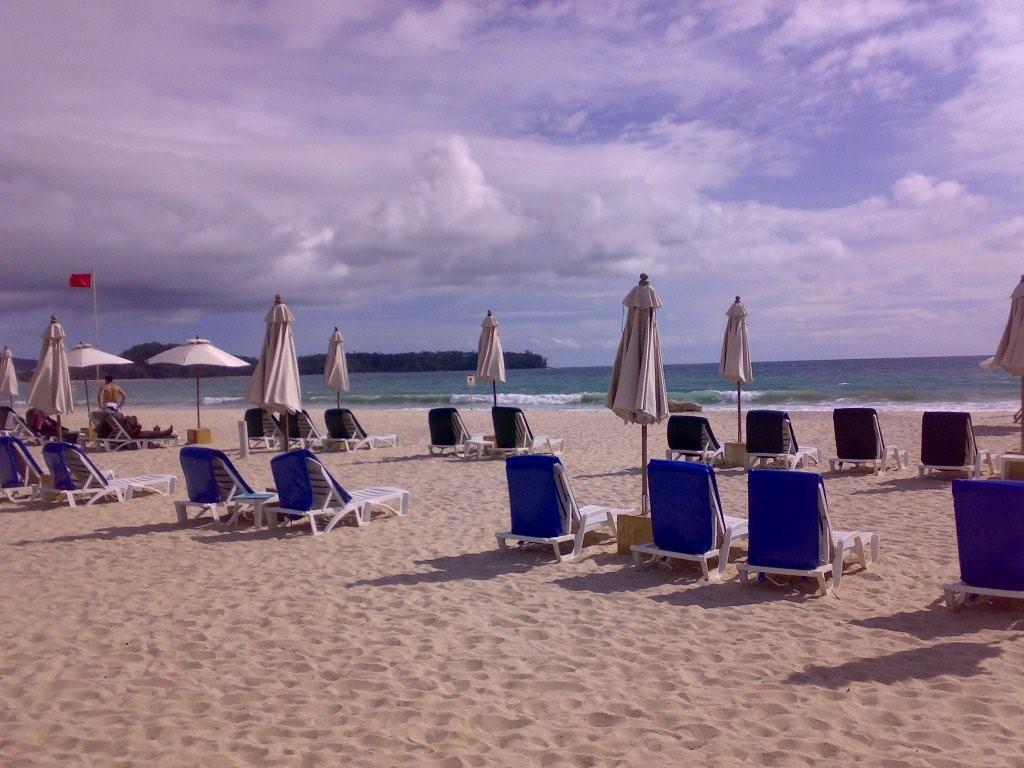 The next day was spent at the hotel, attending the conference during the day, and lounging around the beautiful grounds at night. Once can spend an entire day exploring the Laguna area and lounging around the hotel. My friends and I went kayaking and ferry riding on the lagoon, walked along the beach, splashed around in the swimming pool, got relaxing oil massages done, and finally lay down under the stars on hammocks. Ah, such bliss! 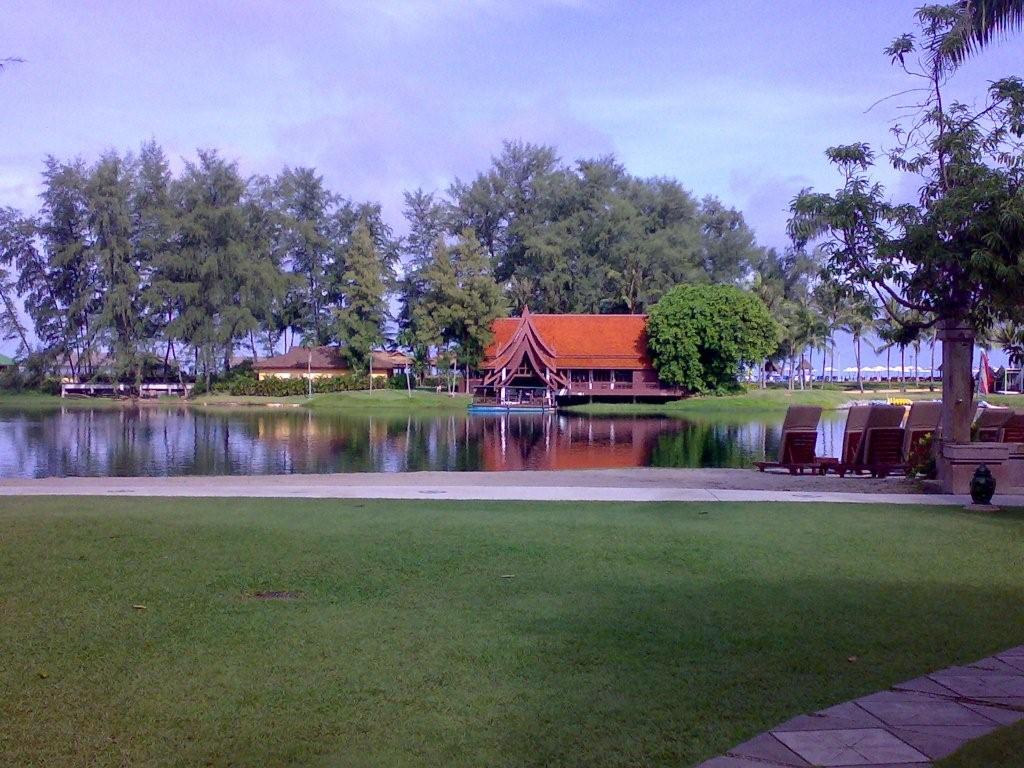 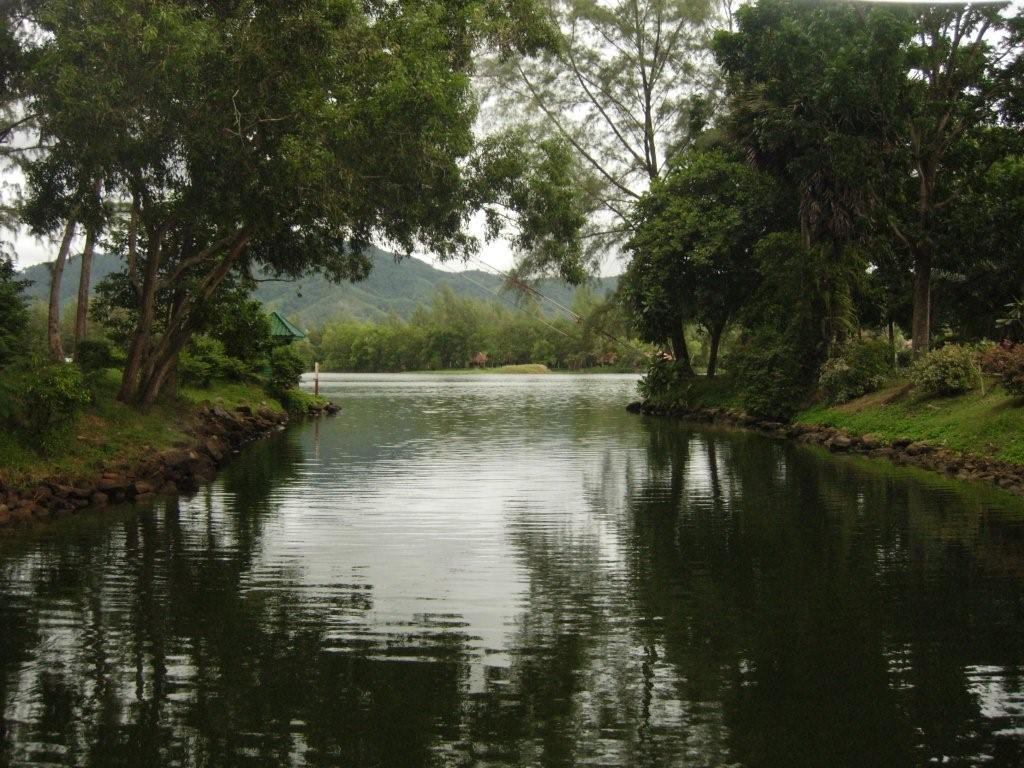 A thing to note for those heading here – most of the women who provide massage services are expert thieves. They can nick your wallet in a split second; you only have to turn your head for an instant. NEVER leave any valuables lying around to tempt them. These women are also willing to sleep around for money. Prostitution is legal in Thailand and you find it rampant everywhere, in hundreds of tiny little massage parlors all over the place, escort services – young girls escorting old foreigners as hired ‘girlfriends’, women soliciting customers on the streets, taxi drivers offering male tourists ‘Non-J’ i.e. non-veg’, i.e. paid sex.

The third day in Phuket found us at Patong again, but we were in no mood for water sports. Instead, we decided to roam around the Patong area and to check out the night life. All over, there are quaint little shops selling fake brands of cosmetics and perfume. One of my colleagues almost bought a rip-off of Davidoff Cool Water, because it was selling so cheap on the streets! We stopped her just in time.

Patong has a very vibrant nightlife, with lots of dance-cum-strip bars around the place! A walk down the beach, looking for the famous Tiger Bar for a few drinks, brought us the most notorious street there, Bangla Street. Prostitution is rampant here. Women stand on the streets, dressed like painted dolls in frill and lace, calling out to male passers-by. Men stand outside these bars with shabby looking program cards, inviting you inside to check out their strip shows! All over, you see Thais and whites in sleazy bars, drinking, smoking joints and hanging out with escorts. One guy was making money by showing people how his chameleon lizard would crawl all over him – yuck! We finally found Tiger Bar and went inside. We were handed cards, but barely spent two minutes there. It was plain and simple sleazy! So much for the nightlife! We made a quick exit, back to the more ‘decent’ shopping area. 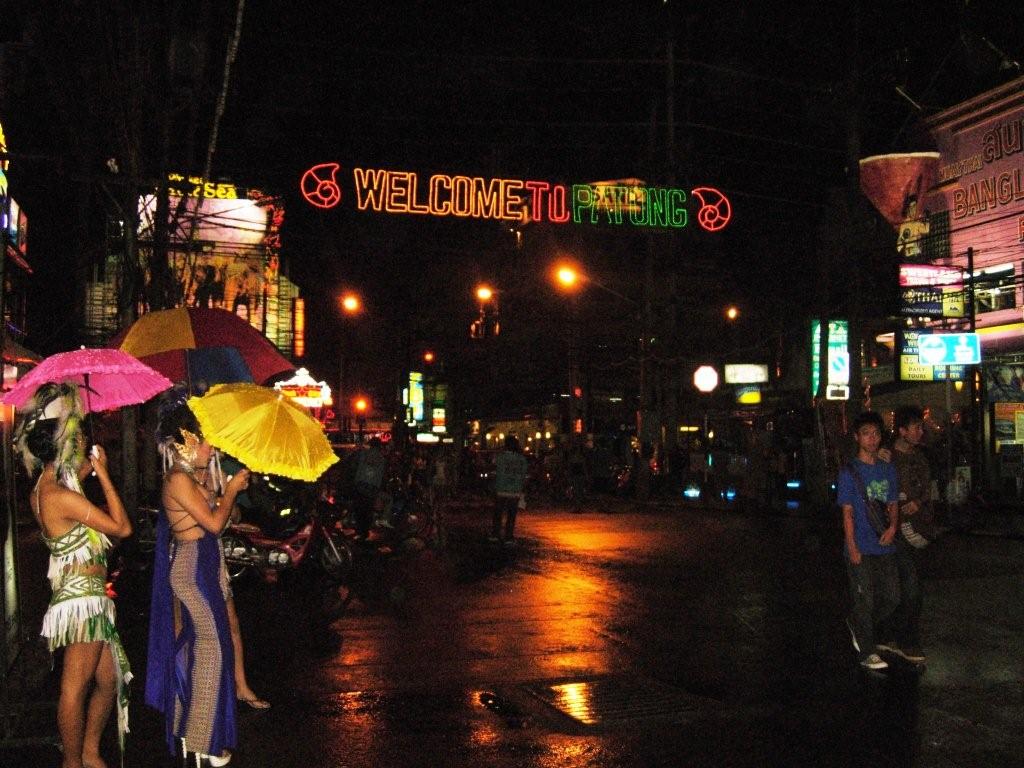 We had drinks at a karaoke bar along the beach, and headed for dinner. There wasn’t much choice, as most of the restaurants sold seafood. We finally decided on Subway. There wasn’t too much choice for vegetarians there either, except for the classic veggie sub, which I call rabbit food! Thank goodness I like chicken!

We went back to the hotel at night and strolled around, enjoying out last night there. The next morning, we caught the early morning flight to Bangkok.

A couple of hours later, we landed in Bangkok and headed to our hotel, the Sheraton Royal Orchid. After being spoiled silly in Phuket for three days, this whole place paled in comparison! Bangkok reminded me of Bombay. A surprise was in store for us in the form of an Indian lunch, post which we headed out to the MBK Mall to shop. A massive shopping complex, the MBK Mall is particularly well known for its many vendors of clothes, shoes, handbags, trinkets, fake cosmetics, mobile phones and other electronics – branded as well as fake, furniture stores, shops selling gold and precious gems, and some branded cosmetics shops like Boots. There are many small food joints in the mall, and the smell around these is a real put off, because everything is made in fish oil. Steer clear of these! 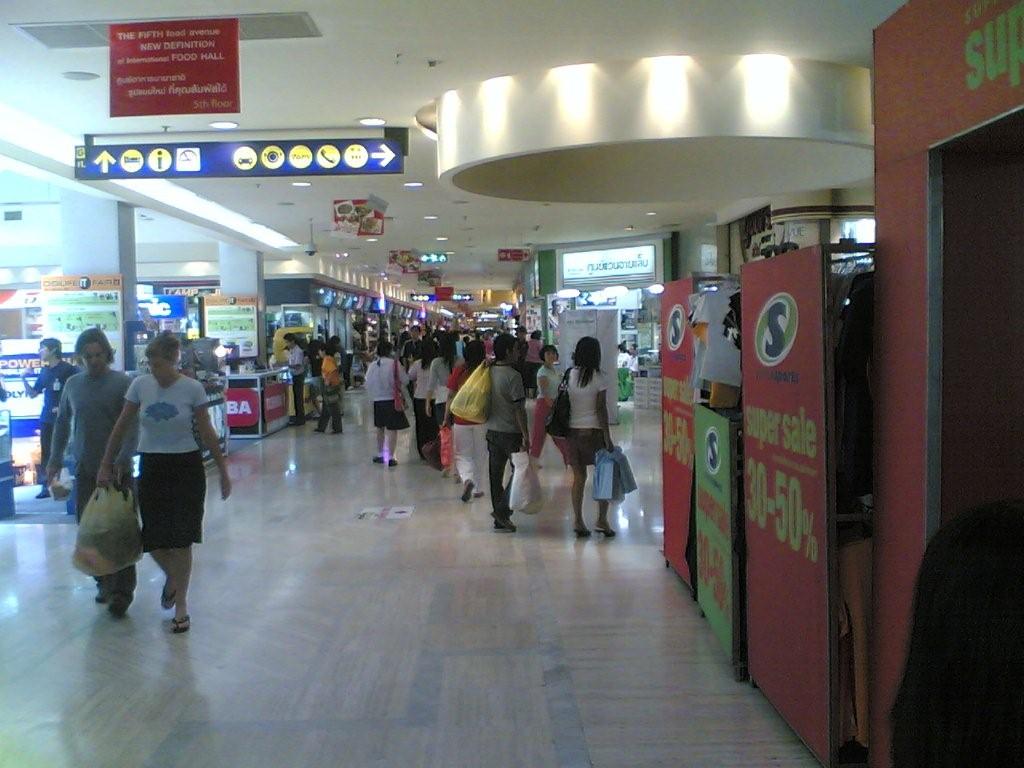 It can take the entire day to roam this mall, checking out the stores there. I bought loads of stuff – shoes, clothes, silk flowers for my mom, cosmetics from Boots, etc. Got back to the hotel, drop dead tired, and went straight to sleep! The next day we went around the city, shopped a bit more in the local flea markets, and headed back for a quick round of MBK mall again before catching our flight back home.

The Duty Free at Suvarnabhumi is excellent. You get everything you could want, and I almost missed my flight back, shopping for perfume and chocolates!

All in all, a memorable trip!

I wouldn’t go back to Thailand again, though. The food sucks. Too much seafood, all cooked in fish oil. The smell can get pretty overpowering for someone who doesn’t like seafood or isn’t much of a culinary experimenter. The local people are downright rude. Shop owners, taxi drivers, you name it. The prostitution thingie is really in-your-face. Would prefer to spend my money on a Europe trip, or one to Maldives or Seychelles.

The getaway was short, but great fun! Good friends, sun, sand, sea and shopping! What more can one ask for?

Legend says that Mahmud Begara was mesmerised by the beauty of the Queen Roopoba, the wife of the chieftain and had promised to complete the structure if the queen marry the ruler as the Vaghela ruler had died till then. Structure was completed by Mahmud but the queen instead of marrying him, committed suicide by jumping from the uppermost story of this step well.