Have you ever been challenged by your wife to go on some aggressive theme park rides? I was challenged, I said I don’t have any fear to go to the rides, it’s only a matter of chance that we have never took the rides together and I can’t handle few rides which just circle around.

How many movies we have seen produced under Universal Studios banner – Mummys, Water World, Shrek, Terminator, Jurassic Park, Kingkong, Transformer, Harry Potter and many more. How many animated characters we know – Shrek, Scooby Doo, Barney… Universal Studios is located at various locations like Los Angles, Orlando, Singapore and I have got a chance to visit couple of them multiple times in LA and Orlando. It is always fun to visit either alone or with family. My first visit to LA Universal Studios was alone and with in a week with family.

Then visited Orlando one alone and after one year with family. Both of them have lots of similarities and also some difference in terms of exhibits, fun rides. For example, LA has just one park having lots of shows and aggressive rides, whereas in Orlando, aggressive rides are in a separate park
named as Island of Adventure. 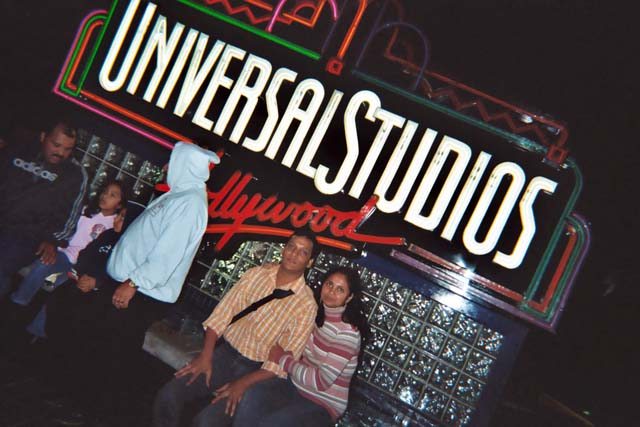 The first memorable ride I remember in LA was the studio tour by bus, they take you in a multiple bogie bus for a tour, it gives you an experience of flood, train accident, Kingkong. In the middle of tour, driver and conductor starts arguing whether to cross a bridge or not which looks very fragile and can break any time. Conductor says that bridge will go down if we drive down the bus but driver wants to take a chance and he finally drove down the bus over the bridge. And, all of sudden you experience that bridge has broken, everybody starts screaming, after few minutes, bridge comes back to it’s original position and everybody start laughing.

Your bus enters in to a railway station and suddenly everything started
shaking, one train tried to hit our bus, fire on the platform and then you say “Wah Kya Scene hein”. Then you pass through a Mexican city, bus suddenly stopped due to flood, it felt that we all are going to drown in the flood. I must say that this was one of the most memorable 90 minute ride I can have any time. But, this bus ride is not available in Orlando, all the above scenes has been converted in to a separate exhibit or ride. One of the exciting ride in Orlando was when they take you in the boat and sharks start following your boat and all of a sudden one of the shark appears from the water – name the movie now.

When I visited Universal Studios first time, “Water World” show was one of the best show I have ever seen. They created the show as you start feeling that everything is happening so real in front of you, fire, fighting in water, plane crash and more. Mummy’s ride in Orlando, a roller coaster ride in complete dark with hauling sound and suddenly roller coaster falls backward – baap re baap. Jurassic Park ride, we were very excited though I did not even saw the movie, the grand finale of the ride was surprise 60 feet fall of the car in water There is another amusement park “Island of Adventure” which is next to Universal Studios and from Universal Studio group itself.

They have lots of aggrressive rides comparing to Universal Studios. FEw of the rides to mention are “Hulk” ride, a mammoth roller coaster, another one to mention is Dragon Challenge and then Doctor Dooms Fearfall. Fearfall – they shoots you up to 150 feet and then back down faster, for few seconds you feel that you are in the air and there is no seat. 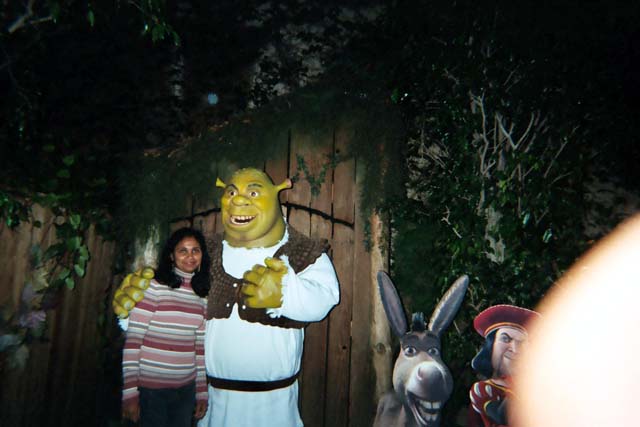 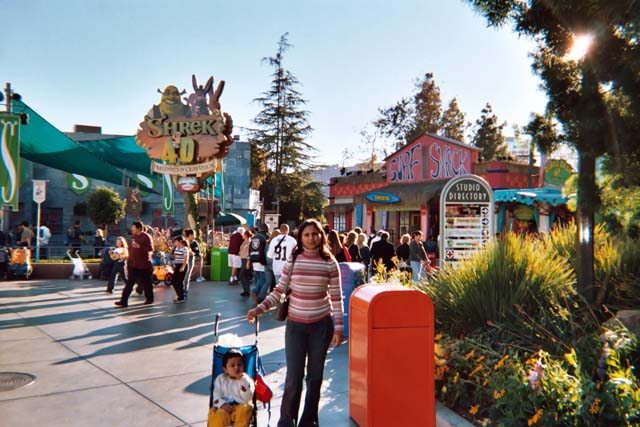 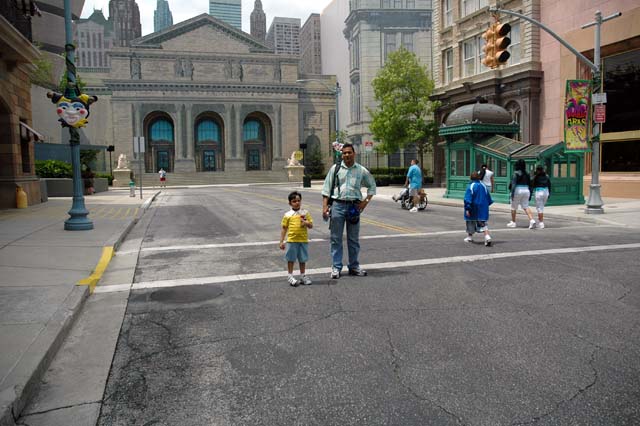 They have few virtual reality shows like Back to The Future and Spider Man, you will be flying over the city, in the clouds, near misses with sky-scrappers. Another memorable show is Shrek-4D show, I liked this show so much that as I saw it everytime and multiple time. And one of the worst show was MIB show, I don’t know why they have it, no fun, no thrill and no excitement at all, you are sitting in a car, which is circling around and you are trying to shoot at another car just like that.

One of the very interesting thing is in these amusement parks is Child Swap area. As we were with 2 kids and none of them were eligible to ride on any of those rides, we have to ride alone and your partner wait next to the ride with the kids. This helps in you not waiting in the line twice. My wife took advantage of this and always second to take the ride as she wanted to see my face before and after the ride :) 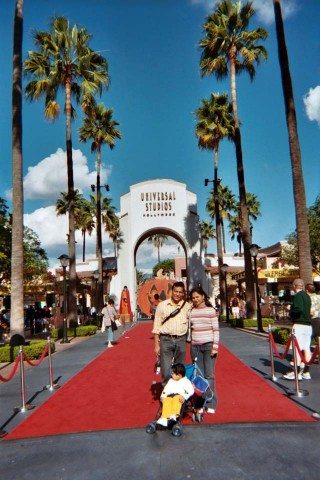 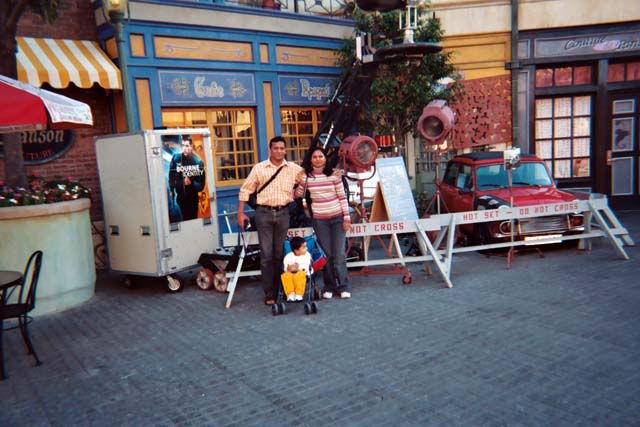 Whenever you visit LA or Orlando, make sure that you visit these parks, and you plan to spend the whole day to enjoy all the rides and shows. These parks usually closes at 6:00 PM but open until 8-9 PM during holidays like summer holidays, spring holidays.

Now, name the Ghumakkar who visited Universal Studios this summer with his family.

This was my main reason of visiting Portugal. The sheer beauty of it is amazing. Of the very little time I spent in Portugal, I experienced a little bit of everything. It is like eating a fancy buffet, where you get to taste everything you have wanted to eat. Coastal Portugal has some of the most amazing sights of the Atlantic Ocean. The little fishing villages, the churches, the bell towers, and the winding streets were a welcome relief from the predictable big cities and the monotonous freeways of America. There is history written all over Portugal. There is a great balance of city beauty coupled with rustic country beauty. There are beautiful churches, castles and palaces. The view of the bay from Lisbon is amazing. If you can endure the heat, the weather is awesome. Portugal is easily one of the most beautiful countries I have visited.

Travel tip: The westernmost point of continental Europe is located in Portugal, and is must see.