Around a month back, I had written an article about the first day of a visit to McLeodganj and Dharamshala. This article is about the second day into the same trip. Given that we had covered McLeodganj on the first day, the objective was to cover the lower parts of the Kangra Valley and Palampur (and eventually there were a fair number of places that we covered, some good, and for some we wondered why they were there on the tourist map). As usual, there was the discussion about the taxi fares, and eventually we settled (when I say settled, it means that we accepted the quoted rate) on a rate of Rs. 1300 for taking us around.
After a quick breakfast, we got into the taxi for what seemed like a long day ahead of us. The journey was through a hilly road, but nothing too steep nor too rough. The drive was through a beautiful environment, given that the rain had made the whole countryside full of greenery. You just have to look at a photograph to appreciate how green a hill and the valley can be. After a short drive, we reached the first location on our day journey. 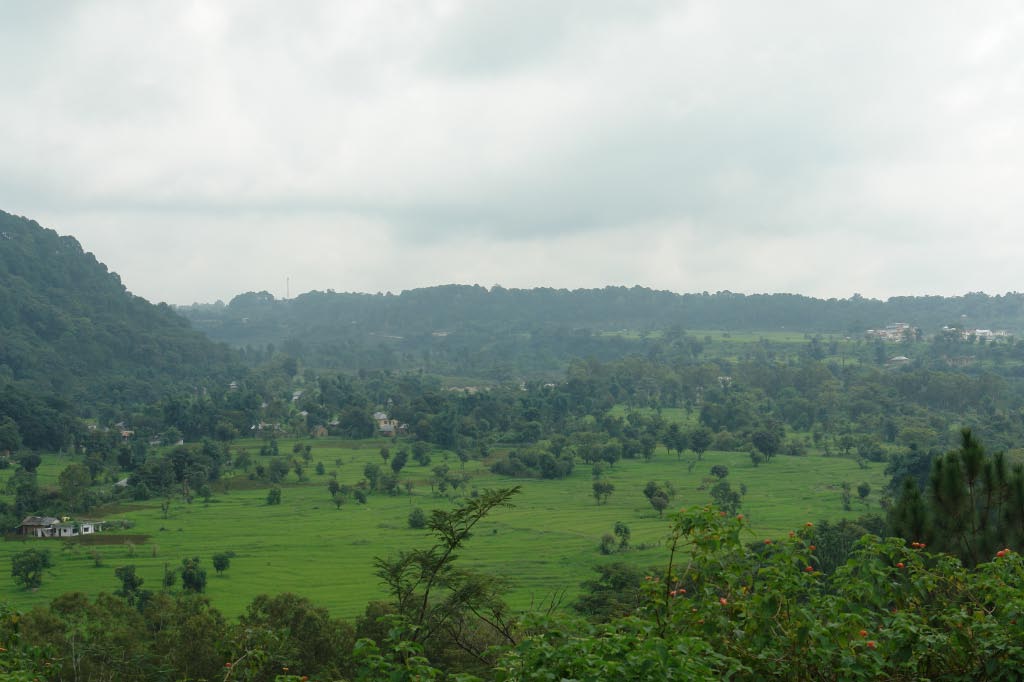 We reached a place called The Norbulingka Institute, a center that is dedicated to the preservation of Tibetean culture. Due to Chinese domination of Tibet and the moving of more mainland Chinese into Tibet, there is a fear that the culture of Tibet is being lost. And hence the institute. It is a very beautiful place, with lots of greenery and silence inside. There is a guest house, a doll house, a Buddhist temple and learning place, and a shop that sells Tibetean products (very beautiful). 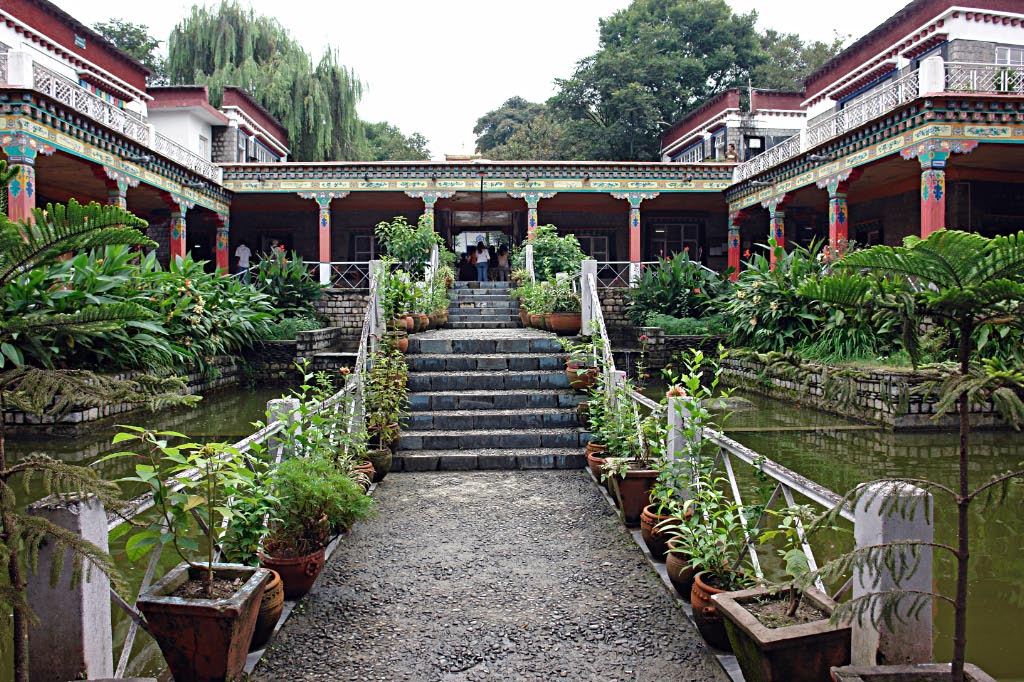 After spending a fair amount of time in the institute, we moved to the next location in our journey, which was the Chamunda Devi temple. One of the Jwalapeeths, the temple is very famous and gets a large number of disciplines on a daily basis, and many more on auspicious periods. There is a stream flowing just next to the temple, and it is considered holy to take a bath in this stream as well. The shrine also has a beautiful statue of Hanuman and Lord Ram. The temple is located around 20 KM from the town of Kangra. 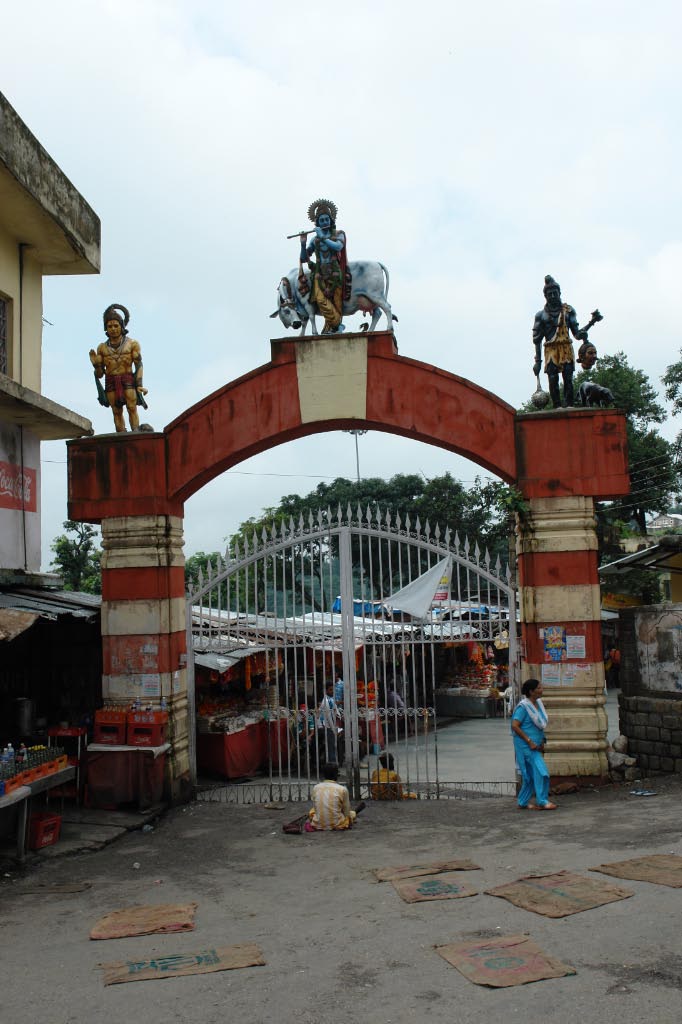 Once we were done with paying our respects to the deity, we decided to move on, and moved towards the town of Palampur. Palampur is a moderately large town, but somehow we did not find much there to see, except for some tea gardens enroute. We stopped to buy some locally packaged tea right next to one tea garden (unfortunately I do not drink tea, and hence don’t know how good the tea was).
Some distance from Palampur is the Taragarh Heritage hotel, a wonderfully well kept heritage hotel. It is located in a large property, with a wonderful setting of trees and silence. There were a number of foreign tourists over there; additionally, to one side of the compound, there is an historic heritage building that was locked when we went; but we had learnt that it was well maintained.
Next, after some more travel, we reached the ancient Shiva temple of Baijnath. This is a beautiful temple made our of rock, and supposedly first built in the 15th century. It is pretty well maintained now, and is actually a functioning temple, with people coming there to offer prayers; it also has a priest in attendance who does the customary things that are done in a temple. The whole complex comprises of the temple building surrounded by a green area. The surrounding area is essentially full of shops, but you can get a bite to eat if you are hungry. 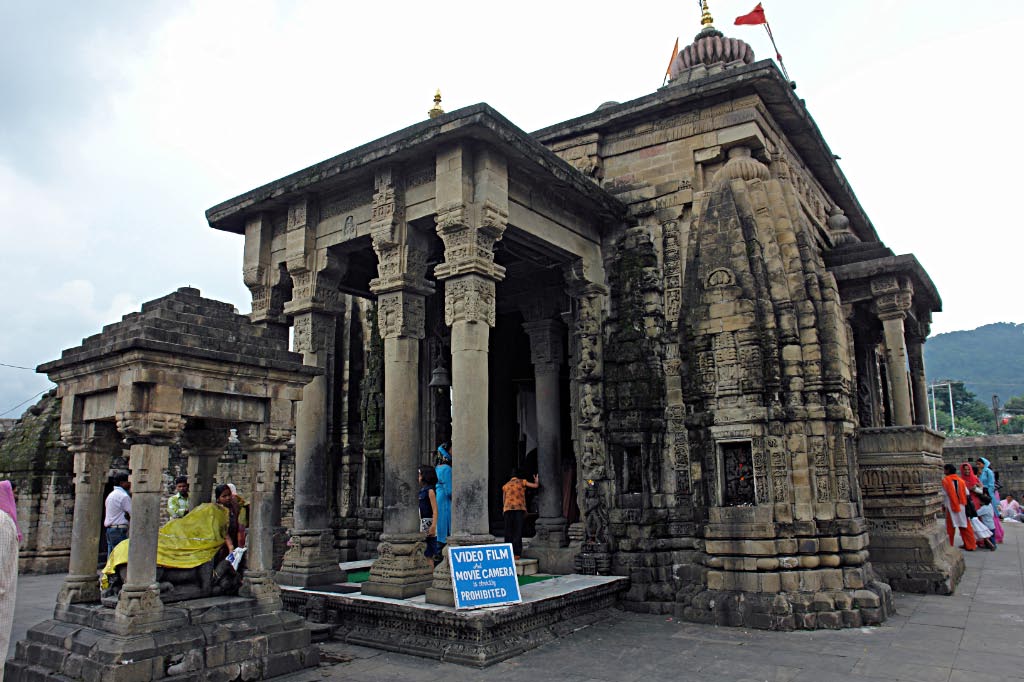 Where else to go ? There is a park that is built to honor the soldiers who laid down their lives in India’s various wars, and is good to spend some time over there. The last place that we went to was an art gallery that houses prints and paintings by Shobha Singh. The actual gallery is not very big, being one big room of a house where his relatives live; you can actually purchase reprints over there for a couple of thousand. If you are an art lover, then you should really visit this place.
After this visit, we had to leave back to the resort as it started raining, and it took us more than an hour in the rain (which was not very hard), but enough that our driver wanted to get back to the safety of the hotel. One advantage of driving in these locations was that none of the roads were steep or winding.

As much as I am a fan of traveling and seeing places, I did not start traveling solo until about two years ago. People…