The winter breeze was refreshing, the atmosphere crisp. Speeding on the way to Ahmednagar, several windmills waved at us. Past a ‘ghat’ section we were now in the open flat land of Marathwada. Both sides of the road lined with farmlands reaching the horizon, the journey was smooth, thanks to the fabulous road condition. Crossing Nagar and then Aurangabad, we were again in the land of farmers, cotton flowers, jowar and sugarcane and not to miss the divine flowery mustard and sometimes most rewarding flowerscapes of bright orange zendu (marigold). 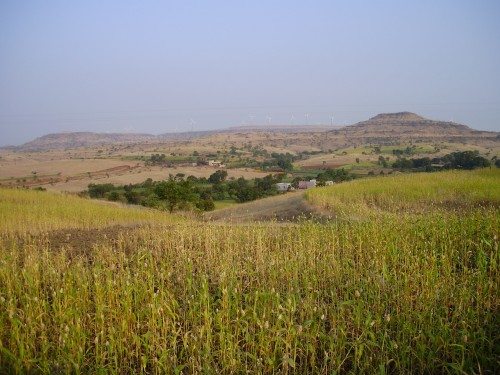 The last stop came in the afternoon, as we entered a sleepy, dusty town in Buldhana. Going round the town in search of the rest house suddenly through an opening, we saw it!
All emerald-green, gleaming in the bright sun in mid sky, the vast expanse of crater lake of Lonar , set deep in a valley and perfectly round…. It was the most captivating sight !

Lonar lake is a natural wonder. Some 50,000 years back a meteor dashed on the surface of the earth and created a huge depression. It broke the water table, and the depression was filled with water. The water is alkaline and saline. However you see a lot of vegetation on the lakeshore and the lake by itself welcomes the water birds. Lonar is the second largest impact crater in basaltic rock. 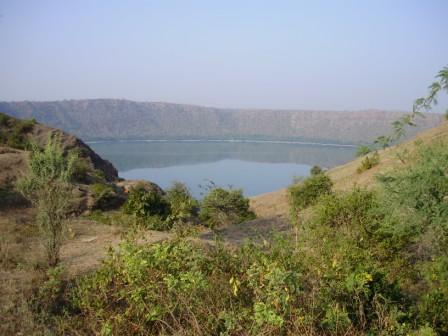 First view of the Lonar lake

The outer diameter of the lake is 1.8 kilometers and inner diameter is 1.2 Kilometers. One can circle the lake and the distance would be around 5 kilometers. Lonar is the name of the township situated on the rim of the crater. You need to climb down for about 140 meter to reach the lakeshore. Color of the water is an amazing shade of green. The slopes on the sides of the crater are deeply wooded. As you walk down and later around the lake, you can see several birds and the omnipresent monkeys.

Peacocks are also observed, but we were not that fortunate, I guess. The walkway is natural and shaded with huge trees reaching the sky. Little you come out in the open, and you see the green-blue marvel of the crater lake, still waters, ducks sailing, edge of the water laced with a small strip of white beach and then the green wall of trees rising on the sides of the crater.. It is such a different feeling because you are in a big peaceful hollow and the world is above you. 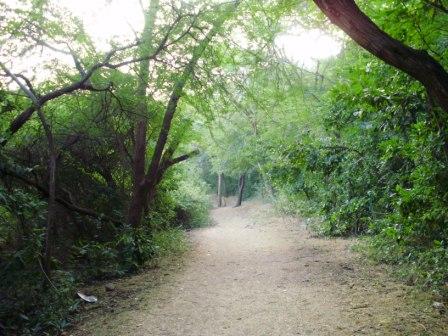 Woody surroundings of the Lonar lake

As we started our walk round the lake we came across first of the few temples built around the lake. This one was in dilapidated state, however the carvings on the doors and walls could not be mistaken. All around the circular path there are almost 12 temples. Belonging to Bhavani mata, some for the Shiv and some dedicated to Vishnu. All seem to be built-in last 700-800 years. The last or the first temple from where you start the ‘parikrama’ is ramgaya temple. It is exquisite in terms of looks and carvings. The back portion of the temple is still buried in the soil, may be a landslide but nobody has bothered to clear it. 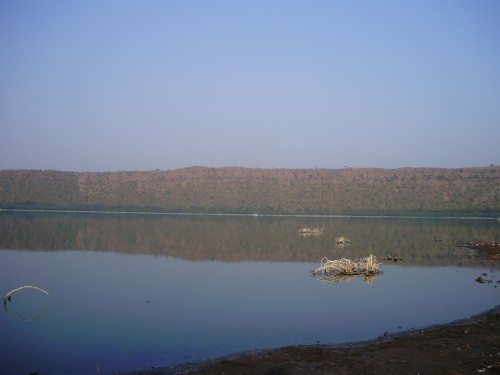 Another view of the Lonar lake

Although it is a unique spot in India, even by definition, there is hardly a trace of tourist interest. In a way it is good, as inflow of tourists generally spoils the surrounding. That apart, I could not help but rue about the misfortune of this place. Had it been in US or Europe, it would have been highly publicized with proper tourist infrastructure in place and would have been developed as a serious national level attraction.

Currently what you find is total lack of interest by Maharashtra tourism. There is nobody to provide information, there are no signboards and people of Lonar are blissfully ignorant. We were told that there are hardly any Indian tourists coming to this place. However there are a lot of foreigners who do come here for studying the rocks, plants and the water of the lake which is quite unique thanks to it’s origin. 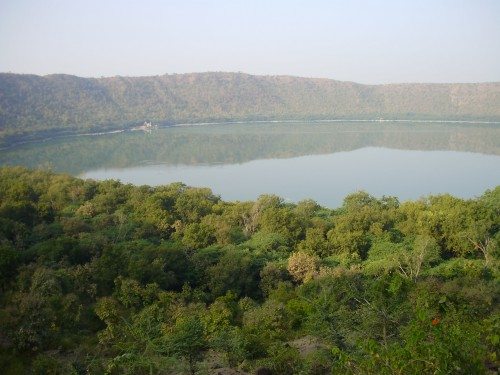 There is a temple of ‘Aadava Maruti’ on the western rim of the crater. ‘Aadava’ means one in sleeping condition. It is not really a Maruti (Hanuman) idol but looks like a huge rock all swathed in ‘Shendoor’. The magnetic needle shows peculiar activity in the vicinity of this rock. Instead of studying the rock scientifically we have created a god out of it! 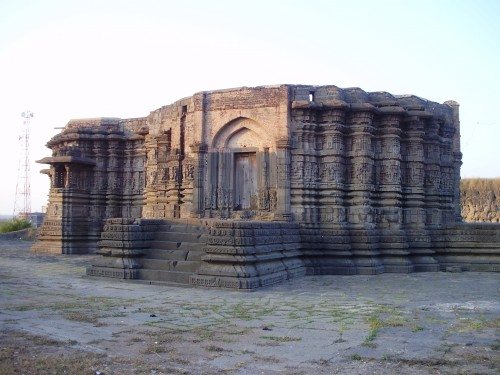 Our last stop was the icing on the cake. The beautifully carved ‘Daityasoodan’ temple in the Lonar town is worth a visit and worth several photos. Here again we have a Puran based story of Lonasur being killed by Vishnu and hence the temple and the name. However according to experts the temple never got finished and must have been built around 13’-14’th century AD. Temple is on a plinth with circular plan and four doors and no ‘shikhar’ and may have belonged to Sun. Similar to Khajuraho style of temples, there is bounty of sculptures and carvings. All golden in the setting sun, the structure looked elegant and enchanting. 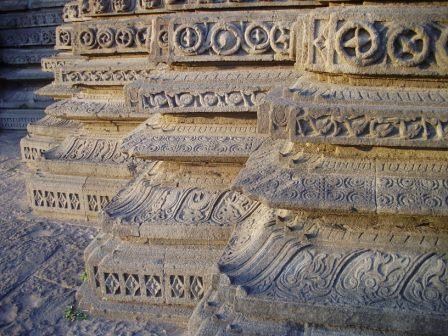 Back on the road, Lonar was etched in memory, for the deep water lake, for the forgotten temples, for the serene calm and for ever.