27th Jan 2007 – In the morning we saw the captivating frescoes in the open art gallery of Nawalgarh. After that we decided to spend our evening having a camel cart ride to the countryside around Nawalgarh. At 4:00 clock, camel cart was at DS bungalow. Babli, the owner of DS Bungalow, put “Gadde” on it to make ride comfortable. We had taken camel ride in Jaisalmer and were thinking that camel-cart ride would not be that interesting. We discovered that there was no comparison. After beautiful Havelis the ride was icing on the cake.

We were all set to start the journey. First we went to a nearby quaint sleepy village. 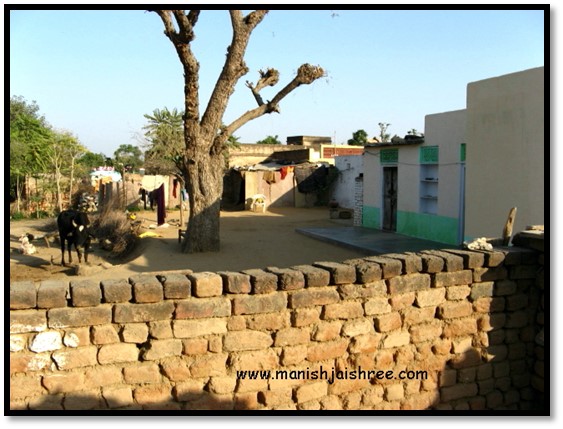 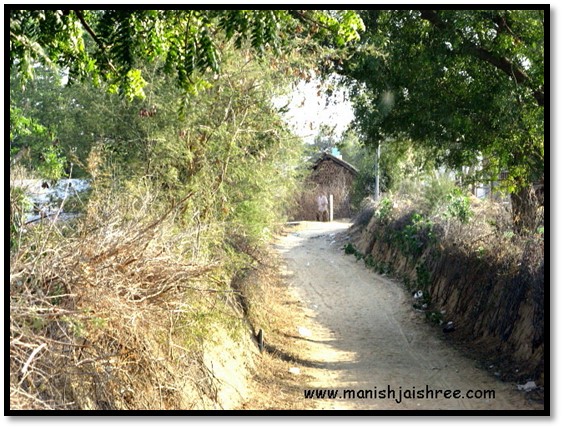 The cart was passing between the narrow sandy by lane with the farms/village houses on both the sides. Soon the tussle started between the cart owner and the camel. The camel started to graze from the sides of the bye lane and cart owner had to push it hard to continue. 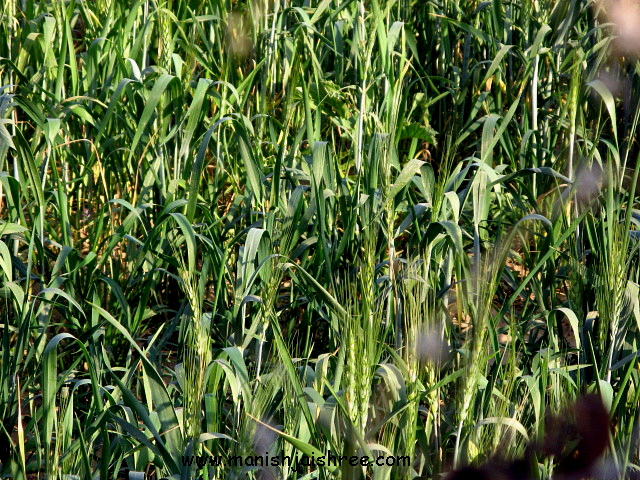 The ride was idyllic. We passed by the oasis of wheat field, where wheat pods (Ghenu ki Baaliyan) were swaying with the wind. 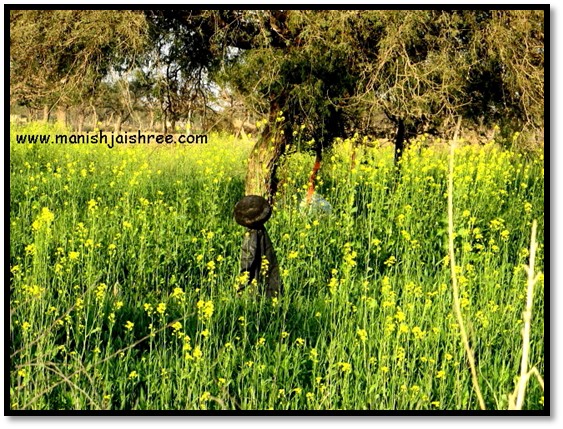 Then we came across this beautiful scarecrow protecting the mustard field. 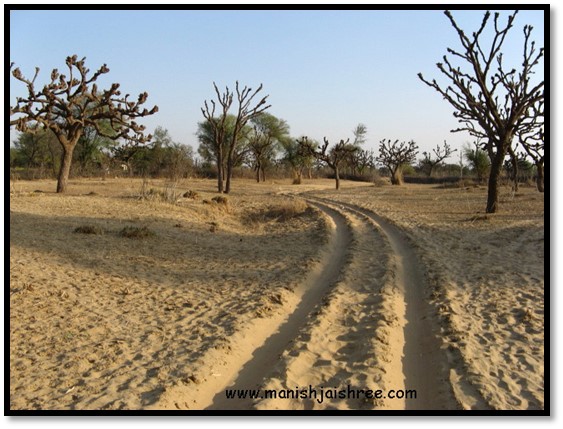 And we moved on leaving the village behind. 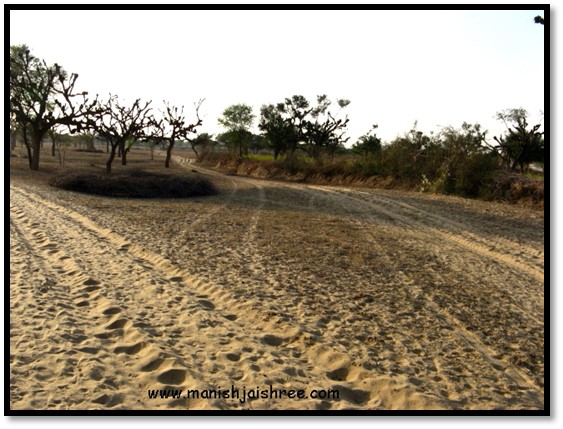 Now there were we, surrounded by endless vistas of semi-arid desert stretched up to horizon. 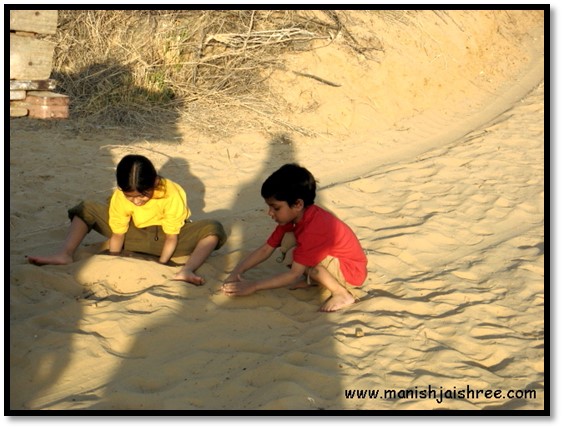 We stopped here for sometime. Kids started to play, and adults moved to some serene time and philosophical mood. 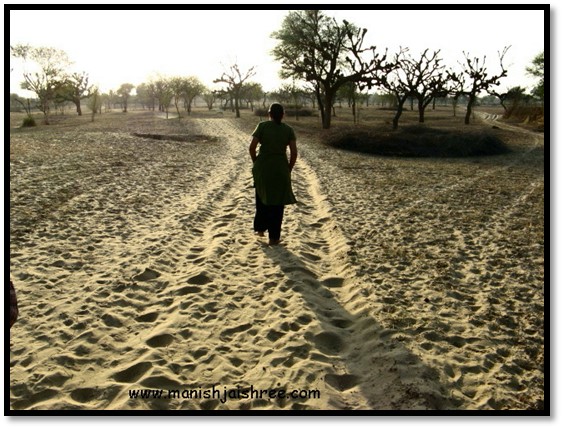 Jaishree left her footprints on the sand. 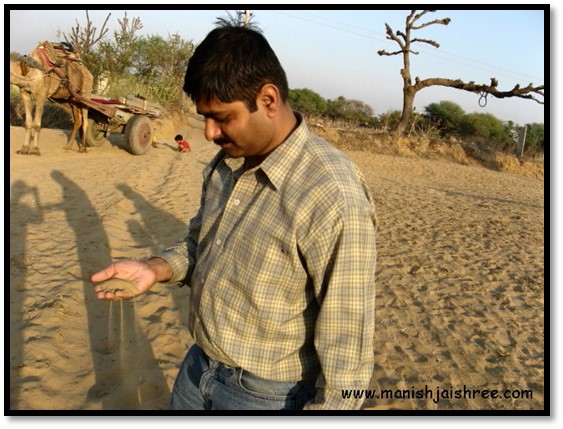 Anirudh started to wonder how fast time passes; like the slipping sand from his hand. In-fact the four hours of our cart drive passed quickly and it was time to return. 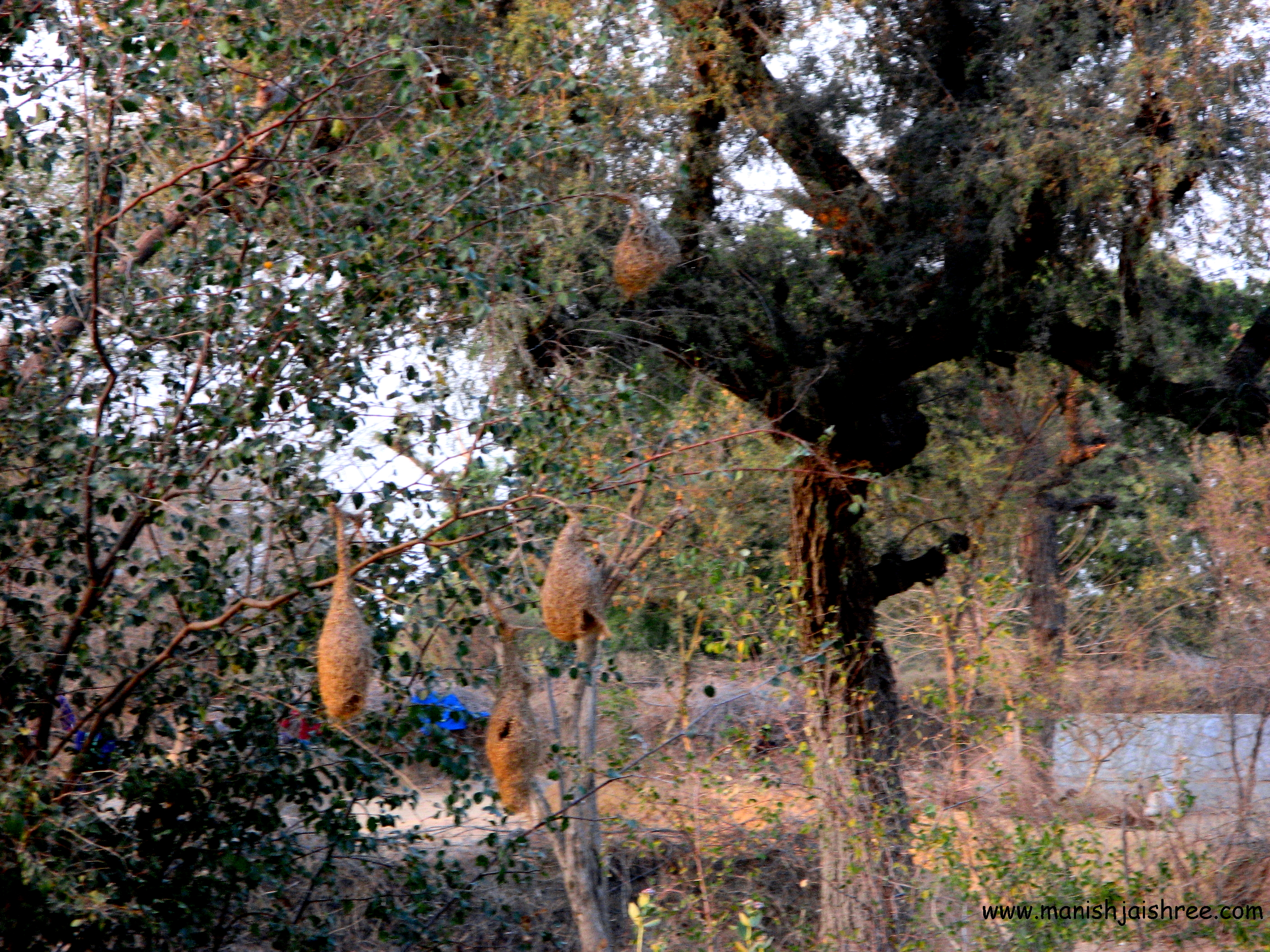 At one side of the track we saw a tree with a few nest built by Baya “the weaver bird”.

About Baya: Baya in their non-breeding period resembles common female house sparrow. These birds build these artistic nests. It seems that the nests are hanging from the tree in a fragile manner, but they are very sturdy. It’s hard to remove these nests from the tree without almost destroying them. Male Baya are polygamous in nature, breeding 2-3 female Baya’s one after another in the breeding season. They build the half nests in the form of helmet (even with a strap) to attract the female. Female Baya inspects several such nests and then choose the most artistic one to move in. They are supposed to construct the remaining nest together but most of the time after mating when female is about to lay eggs, male moves out and female is left alone to complete the nest. Male constructs 3-4 such nests at a time. After moving out it moves to another nest start luring another female Baya. Three – four months later these nests are abandoned and then used by other birds. 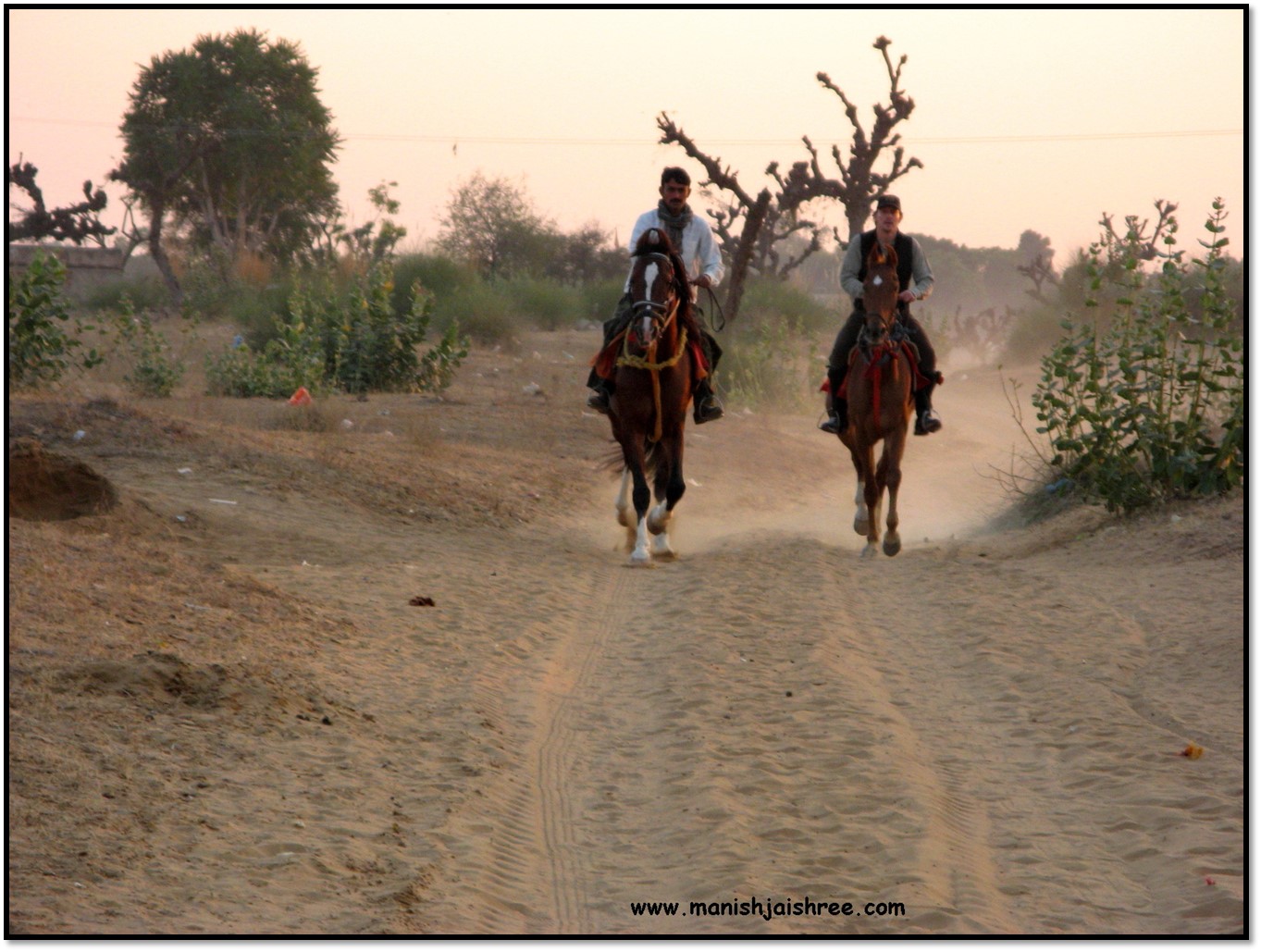 While coming back these horse riders zoom past us in the twilight. 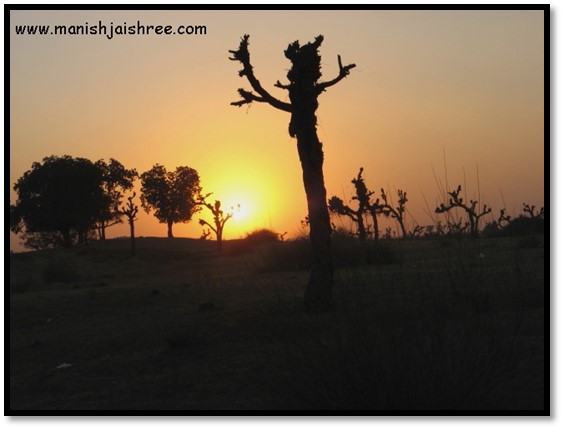 We rode back when sun was about to set, and the last rays turned everything – the sand, the smoke of evening meals being cooked in village house, the farms, the Khejri trees and our mood – mystically serene and calm.

Shekhawati region – A photo essay on camel cart ride to the countryside of Nawalgarh- III was last modified: May 28th, 2019 by Manish Khamesra