Got that ? OK, this is the official name of Bangkok! Krung is the only Thai word meaning ‘capital’. The name supposedly features in Guinness Book for being the world’s longest name of a place.   Thais call their capital city not as Bangkok but Krung Thep (City of Angels / देव), which is the shorter version of the full name. The versions above also give an indication to how Sanskrit words have evolved in Thai. Dev becomes Thep, Nagar becomes Nakhon, Amar becomes Amon, and so on.

Now, this name of the place incident compels me to narrate the case of this bright little kid- 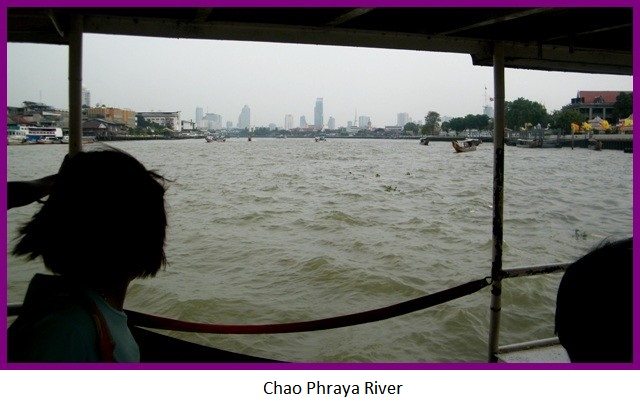 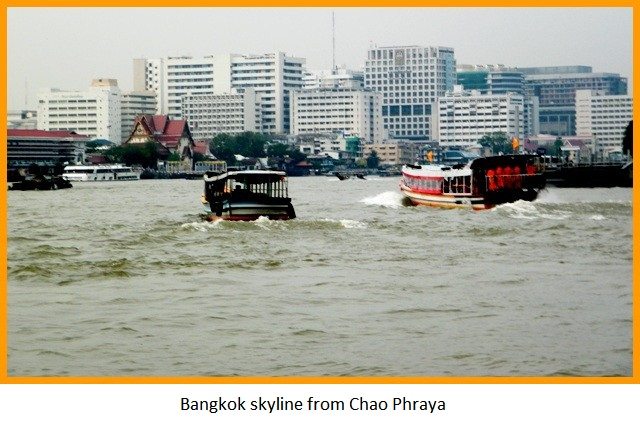 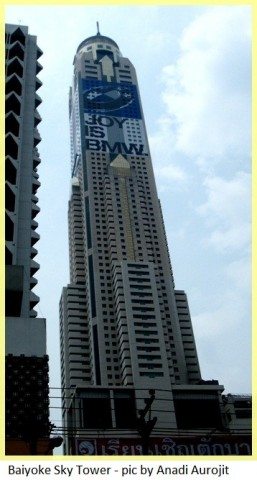 So we are in Bangkok – one of the most cosmopolitan cities in Asia. It is vibrant, vehement, vivacious and vain. Bangkok comes in all shades of all colours (against only 50 and only grey, as some bigoted travellers would ascribe to it). Bangkok once had the sobriquet of ‘City of Canal’ and ‘Venice of the East’ thanks to its network of canals which also served as transportation links. Very few of the canals now remain in Bangkok (they having been filled up to make roads). After handing over the car at the rental office in Suvarnabhumi Airport, we head towards our hotel almost by midnight.

As our bright orange taxi laboriously meanders through the Bangkok traffic, we know it was a wise decision not to drive inside Bangkok. The traffic is chaotic even this late at night – giving an indication of what it would be like in daytime. Night skyline of Bangkok is pretty impressive, especially when seen from elevated roads.

The hotel, Baiyoke Sky Tower is the tallest building in Thailand with some 85 floors. It is also the tallest hotel in Southeast Asia and fourth tallest hotel building in the world. The hotel proper actually starts at 18th Floor, where they have the Reception. This is the first time ever we are going to set our feet on a floor whose number is prefixed by 7 or 8 on the lift’s push button, leave alone staying in one. 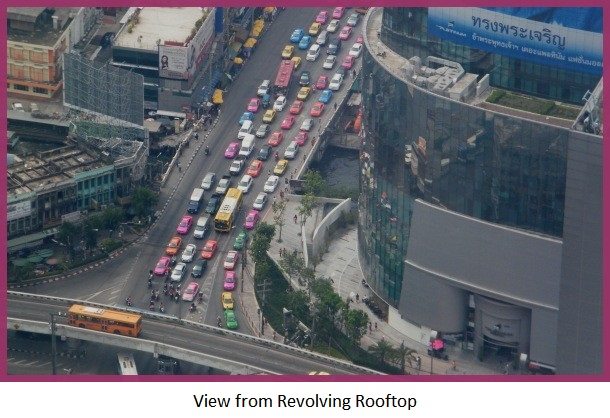 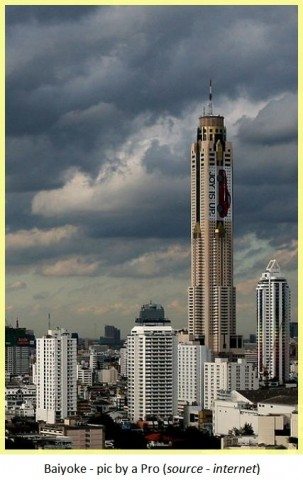 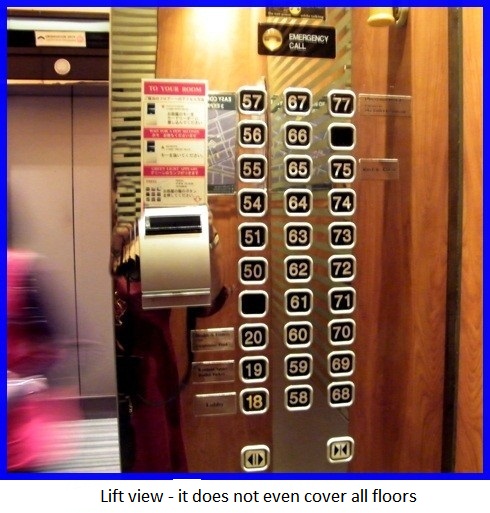 Bangkok is what a mighty touristy destination is all about – lots of shopping, sights and to-do things. And it starts right from the hotel street. Outside the entrance, there is a vibrant street market, which remains active till late night and almost all-night on weekends.

The city, which has two parts viz. old and new, is an interesting combination of Ancient and Modern. The old city is mainly located along the eastern bank of Chao-Phraya River, comprising of royal palace, temples, traditional architecture and sights, etc. Further east of the old part is the new city marked by ostentatious high-rises, elevated roads and chock-a-block traffic. Airport lies further east, in a south easterly direction from the city main.

Metro (MRT) and BTS Sky-trains between them provide reasonable coverage for commuting travellers. Sky trains, apart from faster transportation in a city laden with traffic woes, also offers scenic views of the city from an elevation. The colourful taxi-cabs are equally handy and a ride within city would generally not exceed 100-150B. You also have the option of ubiquitous Tuk-Tuks as well as motor-cycle taxi. Since there are many tourist points along the banks of the Chao Phraya river, some people also advise a full day ticket (hop-on-hop-off mode) in either the regular passenger ferries or, at a higher cost, the tourist ferries.

There are a large number of sights in Bangkok and one would need to decide on do-ables depending on number of available days and one’s interests. An ideal way to cover maximum number of spots would be to book the day-tour packages. This could be followed by own explorations. And remember, Bangkok is city of malls and shopping is a big draw here. Out of three full days, we ended up spending (‘wasting’ would be more appropriate but less acceptable to my companions) one day doing just that. Of course, one of the first things we bought was a massive bag. 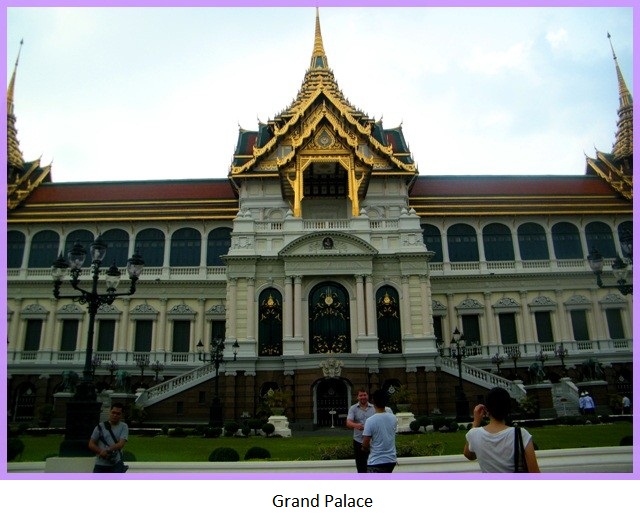 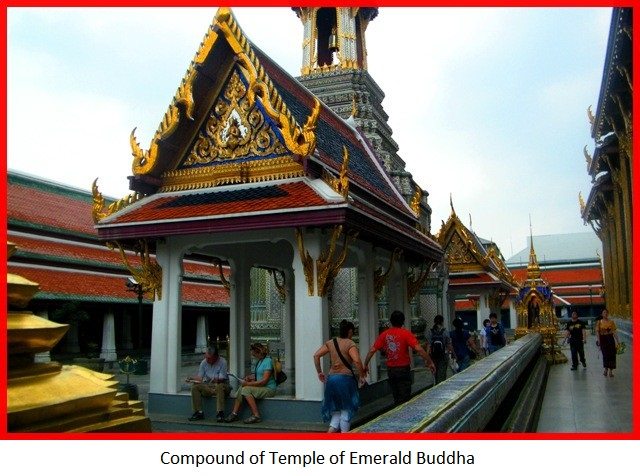 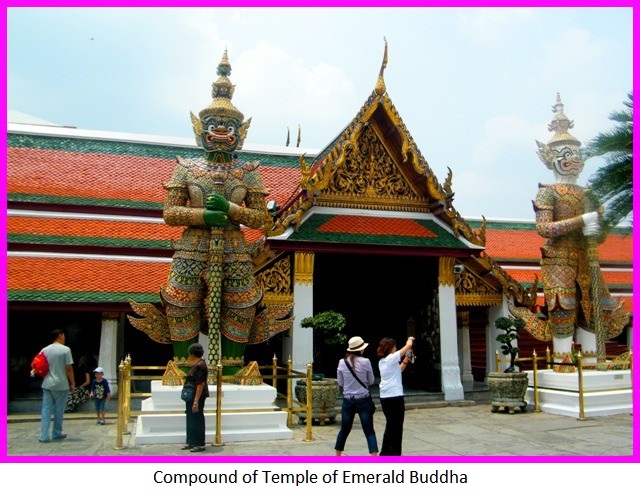 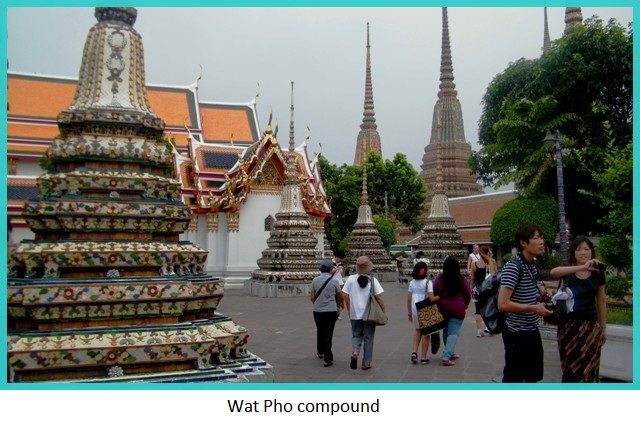 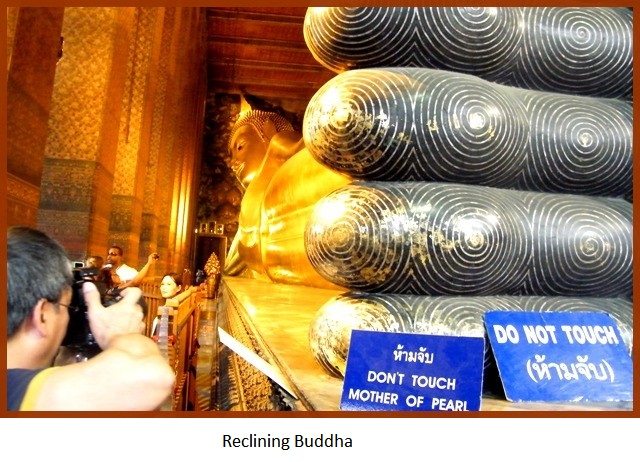 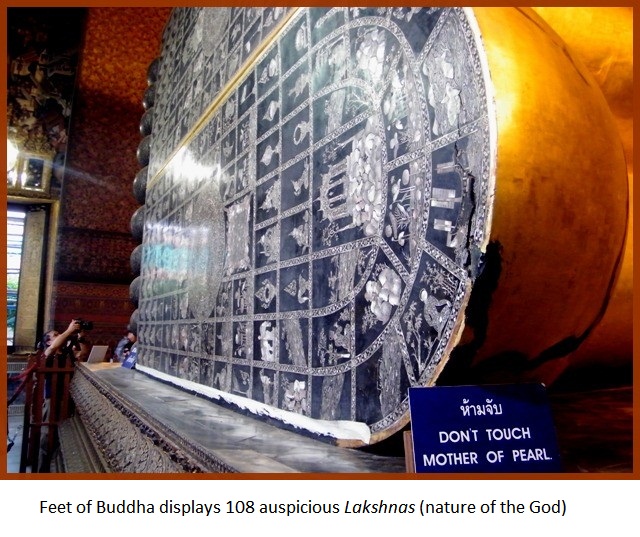 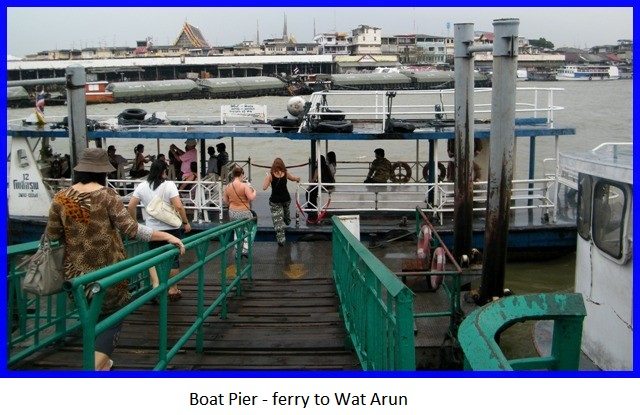 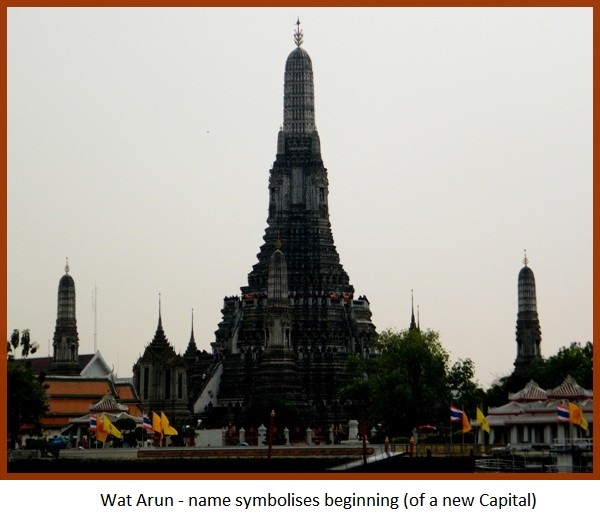 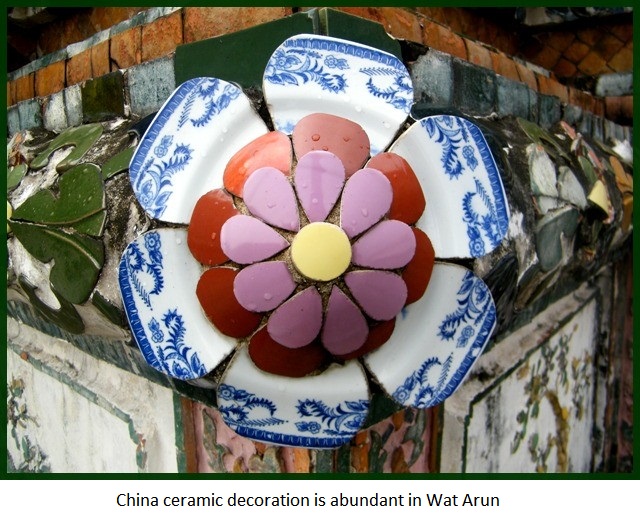 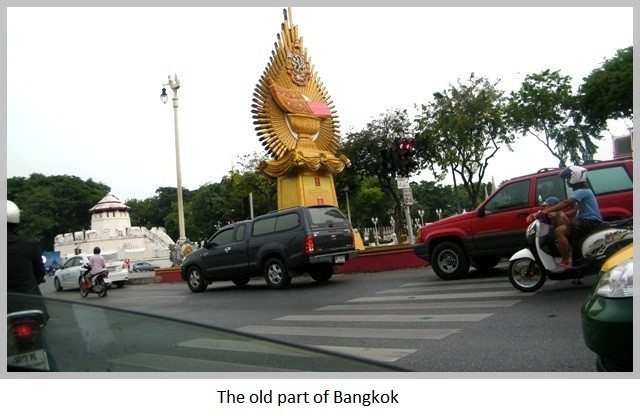 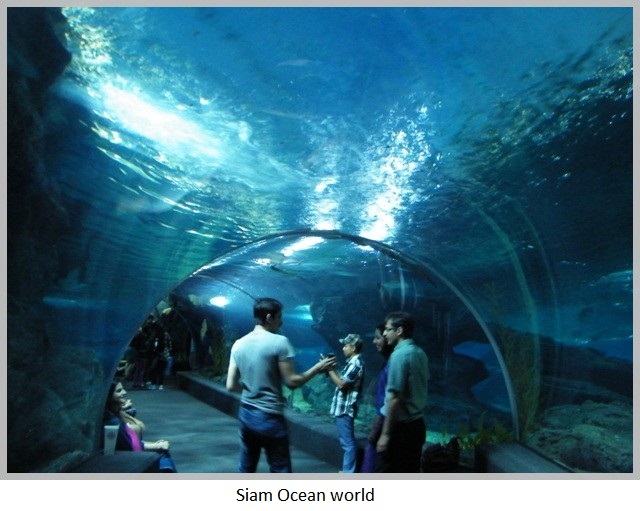 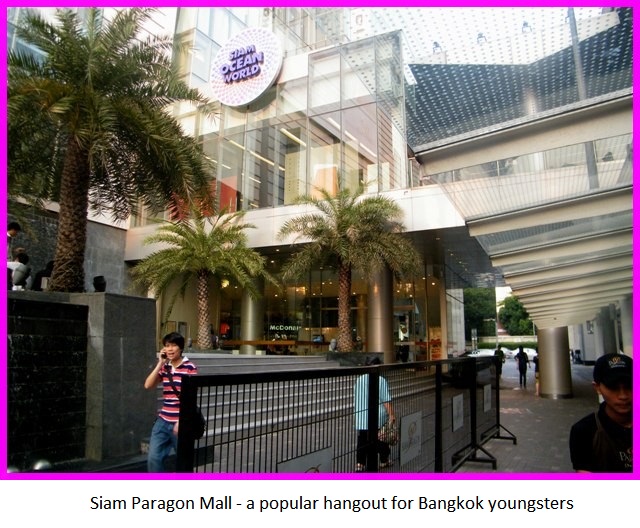 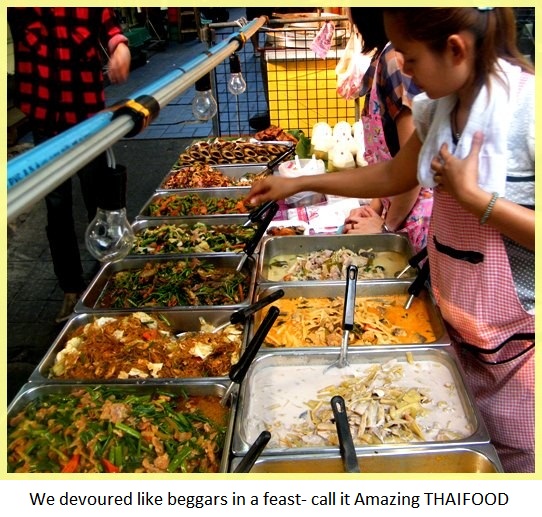 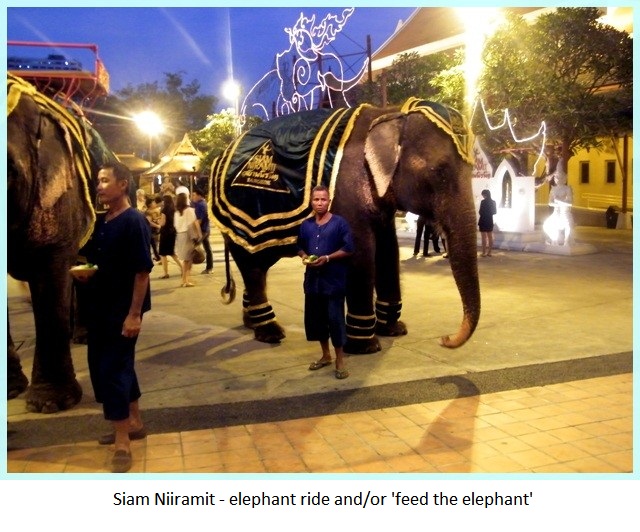 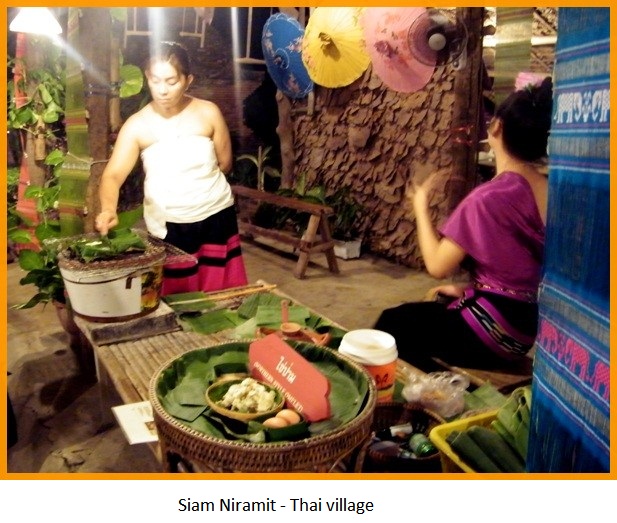 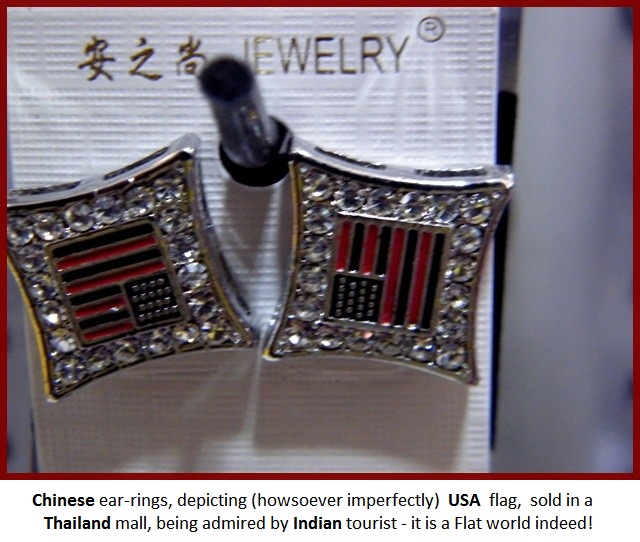 Grand Royal Palace    An important landmark, this is the royal palace and presently used by the royalty on ceremonial occasions. The compound also houses the famous ‘Emerald Budhdha’ temple. Grand palace and Emerald Budha is a must-do in Bangkok. Entrance fee is 300B for foreigners and free for Thais. Visitor should cater for at least one hour (usually more) to observe any of the major temple complexes in Bangkok.

Wat Pho  is famous for the largest reclining Budhdha (46 mtr long and 15 mtr high) and the compound also boasts of the largest number of Budhdha images in Thailand. The walls here are filled with paintings depicting stories from Ramakien (Thai version of Ramayan).

This is one of the oldest temples and supposed place of origin of Thai massage. It may be of interest to note that Thai massages has its origin in religion and dates back to time of Lord Budhdha. The massage is based on activation of 10 energy lines flowing through the body in order to energise the body and soul. Even today, many wats offer Thai message within the temple enclosures, which are more authentic as well as economical.

Wat Arun  Located on the western bank of River Chao Phraya, this entails a 10-15 min ferry ride from city side. Its majestic view looms as soon as one sets foot on the city side pier. Another must-do in Bangkok. The interiors have decoration of Chinese ceramic ware.

Siam Niramit   is a cultural show (akin, to some extent, to KoD, Gurgaon) which is a worthwhile visit. The show basically depicts the culture of Thailand across the ages in an appealing format. This is an elaborate affair, where the main show starts at 8 pm, which is held inside the main hall. The signpost there reads –

‘ The stage of Siam Niramit is certified by Guinness World Records as the highest in the world’.

However, in addition to the main show, there are various displays/ exhibits/interactive presentations, called Thai Village, which are on offer well before the show starts and they are equally charming. It is therefore advisable to arrive there with more than 1 hour in hand for the show. The pics below are of pre-show activities. Photography is not allowed in the main show. Entrance fee is 1500-1800B (depending on the season).

Siam Ocean World  is an underground aquarium housing varieties of sea creatures including sharks, penguins etc. Though this may not get full marks as far as similar ocean worlds across the globe are concerned, it is interesting and children would love it. It is located under the Siam Paragon Mall and the mall is one of the most chic spots of Bangkok. The peripherals including a 5-D movie show makes it quite enjoyable. The entry fee for foreigners here costs some 1200B.

A list of other sights/ activities, which is perhaps a fraction of all that is on offer in Bangkok –

Beyond Bangkok, there are various one day trips on offer including Ayuthya visit, Temple Tiger, Pattaya/coral island, River Kwai tour (this is basically a visit to the legendary bridge made famous by ‘The bridge on the river Kwai’.

Story of Bangkok is about half done if the scams of Bangkok are not covered. As I had mentioned in Part II of this series, enough info is available on the net, including this site called bangkokscam.com (check out both ‘undercover work’ and ‘visitor’s report’ portions) and prospective visitors must go through them to avoid unpleasant surprises. My golden rule here would be ‘if it sounds too good to be true, it probably is – don’t fall for it’.

Before we realise and make further plans to see many things which still remain unseen , it is over for us, as far as our Thailand trip is concerned. We find ourselves awaiting the cab to take us to Airport, ready with our baggage which includes that newly acquired and unseemly bag, all bursting at their seams. During the last few days here, we have befriended Mr Kitrat, a cab-driver who took care of most of our transportation here. He has made us promise to take his cab for our transit to airport. He has also offered a discount for the same. Mr Kitrat, though short on English, is very generous on smiles and kindness and has immensely contributed towards making our stay here a memorable one.

Here, in Delhi, as I write this epilogue to our dream like sojourn to this great country of smiling people, Sharmi reminds me of the plant we brought from there. The plant is growing well, having apparently liked us and the Delhi climate. We are thankful, since its tiny leaves would serve as wings to our memories’ flight to a world whose part we have been for some 12 days. 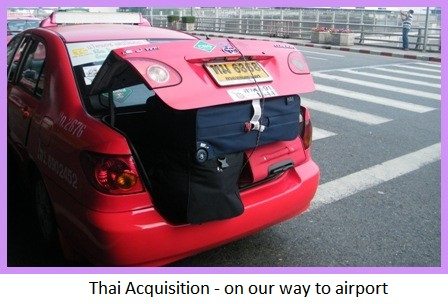 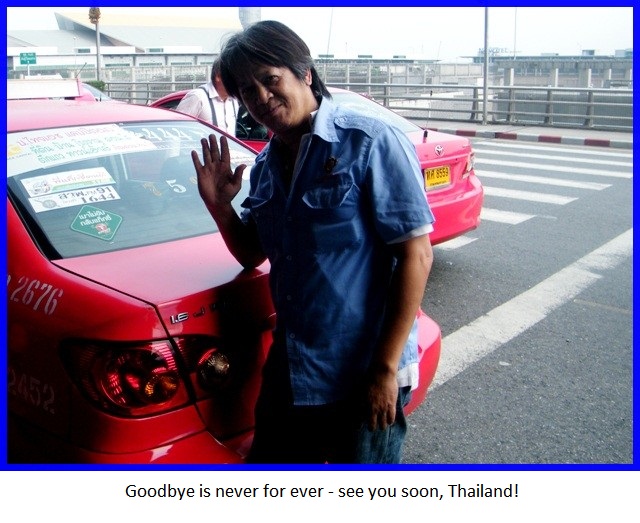 And yes, Thailand experience has been too good to be  consigned to the realm of memory. It deserves to be re-lived, re-enacted in flesh and blood. Hope to be there again,

Next and last part will be a recap of issues on expenses, to-do’s, precautions, etc.