I wrote in the previous article, we hired a private boat to go to Barkul. As we settled in the boat, the boat started and we soon lost the sight of the port. The weather was pleasant and cool breeze was blowing. I was feeling very happy as we had avoided the crowded and dirty,fish-smelling, local ferry. I kept walking here and there, from the middle to the tip of the boat. I enjoyed sleeping on the tip of the boat looking at the bright shining sun, birds flying above us and islands passing by. When I had enough of Vitamin D, I lied down in the middle under the shed to avoid the sun and put my hand in the water. I was dreaming happily about the houseboat in Barkul that will be ours for a night. My thoughts were broken when I noticed Papa making faces after tasting Chilika Lake’s water. Papa told me that it tasted salty; it was in-fact yucky.

On the way we again noticed Irrawaddy Dolphins, the boatman excitedly pointed towards them. I was also thrilled to see them at such a close range. But, mummy instructed the boatman not to spend much time there as we had already seen them the day before, and we were getting late for Barkul. I was disappointed and angry.

Before the evening we reached Nalban, an island midway between Satpada and Barkul. There, I realized why there was no big ferry between Satpada and Nalban. Water was shallow near this island. Even, if I would have jumped into it, it would have reached only till my waist. The boatman took the boat to a narrow stream and parked it there. If he would have taken it any further, it would have got stuck. The boat was parked in such a way that it made a bridge; one side touching the land on one side of the stream and the other side touching the land on the other side.

We quickly got off the boat. The land at Nalban was marshy and slippery; I feared there might be snakes. Far off, we could see flocks of birds flying like bees around their hive. Mummy, papa, nani were shouting not to go any further, but I and mama avoided those calls. We went as far as possible, took some snaps, returned and resumed our journey towards Barkul.

Tanmay was having a jolly good time as he was listening stories from nani. When it became dark, it was looking like we were sailing in the sea. There was water and water and no lights at all. We were worried that we may go in wrong directions. Our boatman assured us that he knew the direction very well. In the night, we came to the port of Barkul. It seemed to me that there was only the OTDC Hotel in Barkul and nothing else. We took our luggage and went to the reception. We once again came to the port and climbed down in a motor boat which was the only possible way to reach houseboat. After a short ride we climbed up the houseboat. A little ahead of our houseboat was a big floating restaurant.

The houseboat had two rooms which were very comfortable. The windows in the corridor were similar to the train’s. In the lobby- cum-dining hall there was a steering wheel. Tanmay and I played as sailors and went to various places. There was a kitchen at the back of the boat as the waiter only brought food; he used to give us plates, glasses, everything from the kitchen itself. The food was yummy; it was like cruising in a ship and eating food in a dining hall reserved for us. We also had a pedal boat completely at our disposal. 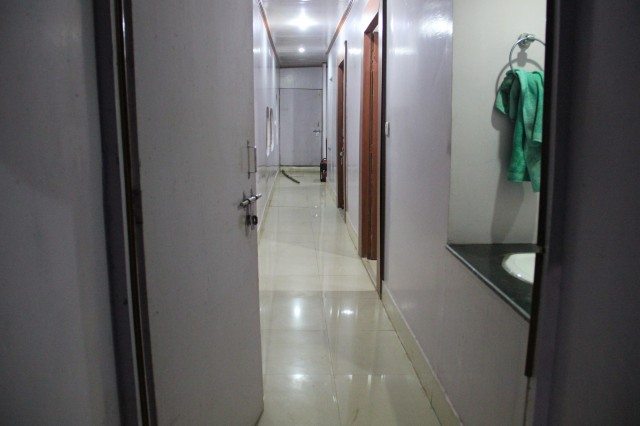 Inside of our house boat

Papa told Nikki mama and me to use it in the night because he was not sure that we would get time in the morning or not. Boating in the night was interesting and it was a bit frightening too. We came back to the house boat after some time and saw camera flashing on us.

We climbed up and went to our rooms in the boat and then we all played games, talked and it was really fun as the boat was drifting here and there or tilting a bit here and a bit there. It was warm and cozy inside the boat.

Next morning I was awakened early by Mummy as we had to go to Mangalajodi. Breakfast was served on our house boat. We heard train horn many a times during morning and Tanmay was puzzled because he could not see any train! By the time we got ready, there was no time left for boating as told by Papa. A motor boat came and it took us and our luggage to the port, from where we started our journey to Manglajodi. Earlier I had thought that it was only OTDC at Barkul and nothing else; now I saw that it was a small village. We also crossed that train track which passed through Barkul which was the reason for those sounds. Mummy sighed that if we knew it was so close, we would have certainly taken Tanmay there. 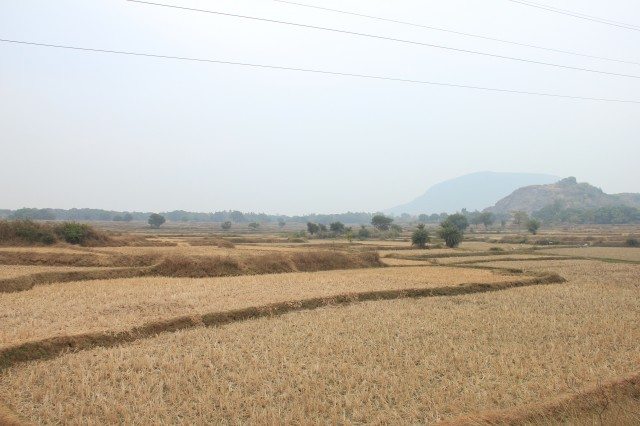 After crossing the track, we found that a huge highway was stretched endlessly before us and haystacks were laid here and there in the farms. After a long drive, we left the highway and went onto a small Kuccha road to reach Mangalajodi Camp. There we ordered food and hired Binoculars, a Chappu Dinghi and our guide Madhu Baheda joined us.
Mangalajodi is a wetland of marshes, reed beds and open water, sheltering thousands of resident and migratory birds. In the peak season of November to March, number of birds reaches to two lacs and more. It is just One hour drive from Bhubaneshwar on NH 5. 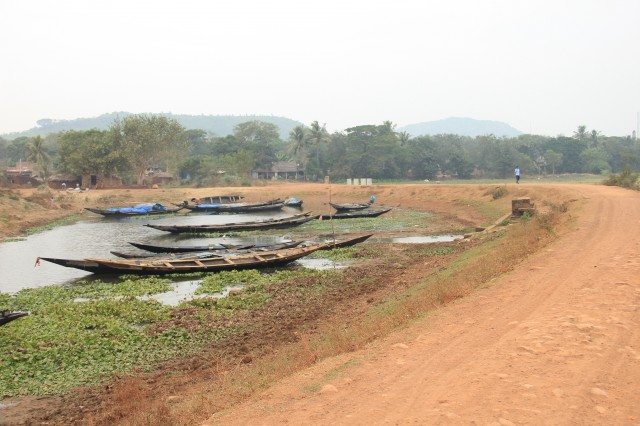 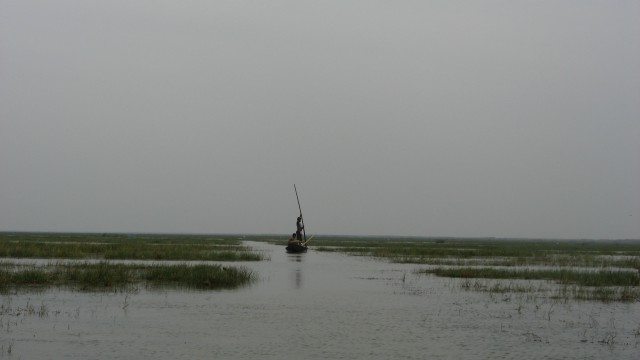 Birds were wading, swimming and flying everywhere. The sound of birds chirping was coming from all around and so it was not easy to track a bird hearing its voice. I saw many birds and liked the Pied Kingfisher hovering over the water and then diving to catch hold of its prey. If the bird was unsuccessful then this cycle would continue else the bird would fly away with its prized catch. 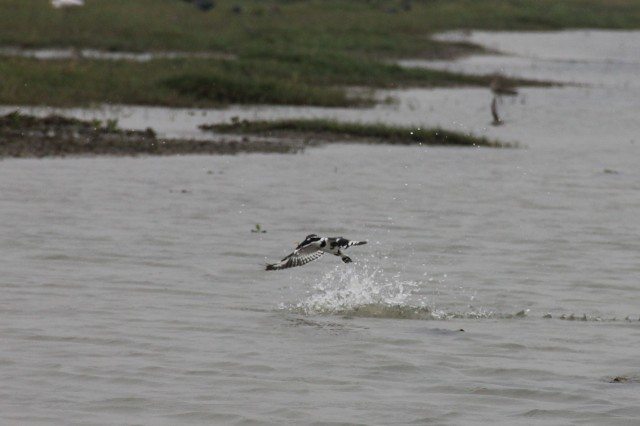 Later I came to know that all these guides were poachers earlier, they used to shoot down birds and sell them in the market. So for a period of time the population of birds decreased. Then in 1996, NGO, Wild Orissa, started talking about protection of birds to villagers. It changed the attitude of villagers and Sri Sri Mahavir Pakshi Suraksha Samiti was formed. Our guide Madhu was a leading member of this group. Those poachers are now birding guides. You may find telling them name of birds, its behavior and all field guide details along with its weight, taste and all things related to eating it! But now they do not catch and kill any birds.

The birds used to form a group and fly in the sky forming all different types of patterns. Open-Billed Stork formed a V pattern above our boat. A few hundred Black tailed Godwits made a cloud above us.

Many birds were hiding in small bushes and would suddenly come out, we would spot them, and they would again disappear in the bushes. This was the first time I saw my school’s emblem bird- Tern, flying over my head. There were many ducks and Terns swaying their backs and as the boat would come near they would fly to a safe distance. 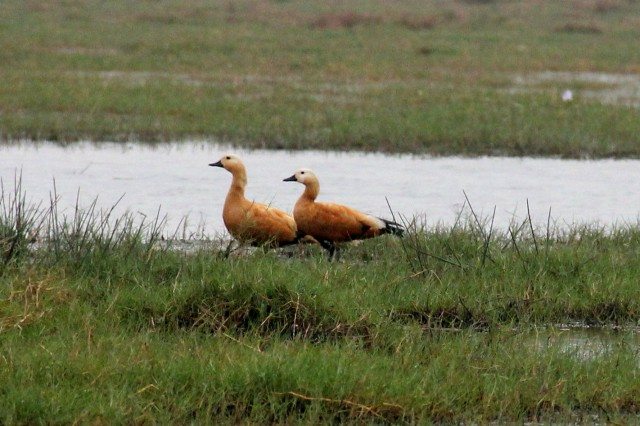 The birds were not even giving a single chance for the camera to rest. I saw Lily Flowers scattered all over the area. This was not the end of our tour; it was only the halfway mark.

Soon we stopped near a large marshy patch where another man on boat passed on our lunch. It had a big Tiffin and large round vessels. I asked Papa-‘Will we eat here on the boat?’ Another new experience! It was delicious lunch of Kadi-Pakoda, Dal, Gobi, Aloo matar, Chutney, curd, Roti and Rice. They served us food very lovingly and felt happy as we relished our food and licked fingers! 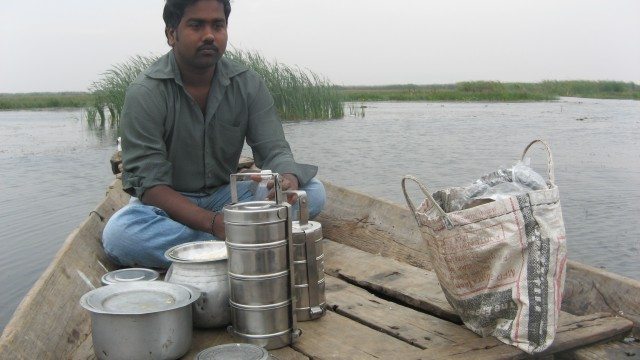 Having filled our tummies in the middle of nowhere, we proceeded further on our birding trip. We got off at a mud bank and started walking. While walking I saw many black spots on a dry piece of land, very far. I thought of what could it be and I could only guess of stones. I engaged everyone else also in that quest. Looking by binoculars also made them look like stones but I still had a doubt that they could be birds, but I had never seen so many birds alike sitting together. The guide told us that they were not stones, they were indeed birds! We all were amazed! 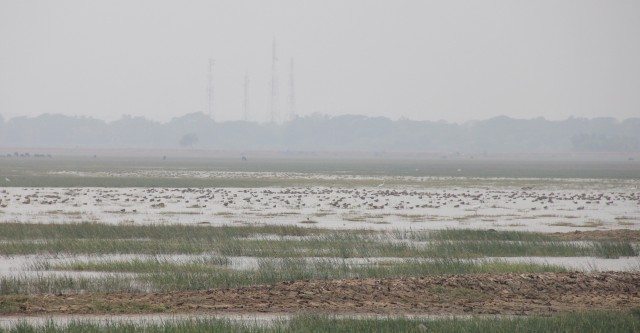 After sometime we resumed our tour.While returning we made our way through the place where rare birds are spotted. We were making big stoppages to spot birds. They were very small and I did not like it much because they were mostly black or brown in color. We moved slowly and saw many rare birds. Evening approached and that was the end of our trip. No one felt like going. We thanked our guide and boatman and went to our taxis to go to Bhubaneshwar. 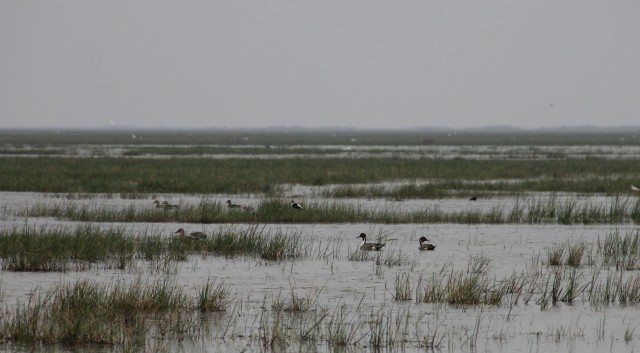 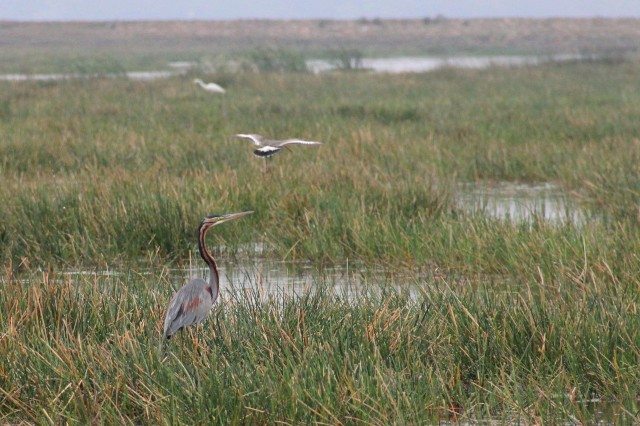 I couldn’t believe myself seeing so many new birds just in one day and I really enjoyed being a part of that birding tour.

Contact address of Wild Orissa to organize the tour-

My trip to Odisha- Barkul and Mangalajodi was last modified: February 1st, 2021 by Rachit