In my previous post, I gave you a virtual tour of Melbourne. We now proceed to the next part of our Australia sojourn. Sydney is to Australia what New York is to the US – a vibrant city with a charge that’s electric, and a tingle that lingers long after. With its fantastic ocean-side setting, stellar beaches, fabulously beautiful people, breathtaking views and remarkable architecture, Sydney is truly a visitor’s dream. Sydney is as dynamic as Melbourne is reserved. It has all the vigour of a world-class, multi-cultural city, which opens its arms to people from all around the world.

We landed in Sydney on a Sunday afternoon and decided to start our tour by paying a tribute to one of the world’s greatest harbours – the splendid Sydney Harbour.

This harbour is the pulse of the city and the people of Sydney are proud of the polyglottal, multi-cultural melting pot that has grown up around this blue-green shimmering central organ. The harbour offers a magnificent view of the sea, and its jagged jaws are filled with a flotilla of racing yachts, ferries and cabin cruisers.

The U-shaped pier, called Circular Quay, extends around 2 km on each side, with the iconic Sydney Opera House on one end and Sydney Harbour Bridge on the other.

The place was buzzing with activity when we reached – some people were strolling, jogging, cycling or skating along the pier; some were hanging out at the pier-side cafes and eateries; while others were crowding around the various acrobats, musicians and dancers who were performing along the harbour. And then there were tourists like us, who were gaping wide-eyed and open-mouthed at all the action! An important point to note here: Sydney’s a young city – toned and trendy. Everyone is extremely fashion-conscious and likes to dress up, not down. Shorts, sandals and backpacks are a strict no-no here – wish someone had told us this earlier!

Dressed as we were in our dead give-away tourist attire, we proceeded to walk along the pier, soaking in the ambience. Suddenly, my attention was drawn to a young Afro-Australian guy, standing on a make-shift podium outside a café, singing ‘I Just Called To Say I Love You’. His endearing rendition of Stevie Wonder’s all-time classic almost moved me to tears. He followed this up by tap-dancing to Michael Jackson’s ‘Jam’, which was met with thunderous applause from all around and earned him some good bucks too!

When he started belting out another soulful ballad, my husband couldn’t take it anymore. He stomped off to a corner where a semi-naked Australian aborigine was seated on the ground, rhythmically blowing into a long wooden pipe called a ‘didgeridoo’, while another was accompanying him on clapsticks. My husband was so fascinated by the performance, that he bought an entire CD of that Aboriginal music. Well, talk about weird fixations!

After soaking in the sights and sounds of the harbour, we walked till the end of the pier right up to Sydney Opera House. Though we’ve seen this world-famous Australian icon several times on TV, nothing could have prepared us for the splendour of the real thing. This glorious white-roofed $102-million cultural powerhouse is at its gleaming best when seen from the deck of a harbour ferry. It can also be viewed from different vantage points along the harbour. But when we came up, close and personal with the Sydney Opera House, it took our breath away. Its majestic beauty left us totally spell-bound!

Since there was no performance at the Opera House that day, it was almost secluded with just a few scattered tourists. After circling the entire structure, we sat down on the steps leading up to the entrance, enjoying the balmy evening breeze. And then we saw them – a newly married couple posing for pictures in front of this magnificent structure, with the setting sun as the backdrop. It was a picture-perfect moment, one that I’ll not forget in a long time…

As darkness descended, the Opera House looked even more dazzling, all lit up against the night sky. At the other end of the harbour, the Sydney Harbour Bridge looked equally resplendent and provided a perfect photo-op from the waterfront. 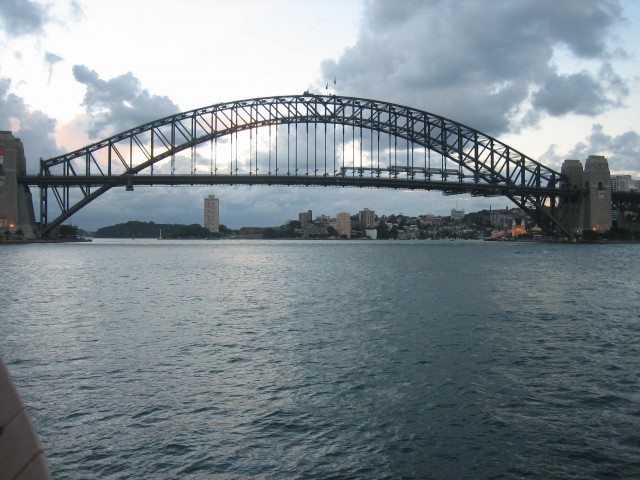 As we stood staring at the massive structure, we could just make out the outlines of several people tied to a harness, climbing up the bridge to its highest point 430 feet from ground level. For one brief moment, I thought of attempting this dare-devil feat too. But I changed my mind when I found out that climbing the bridge can cost up to $300 per person! Why should I pay Rs 12,000 to risk my own life?

Having explored Sydney’s scenic wonders, the next day we opted for a walk on the wild side. We took a ferry from Circular Quay to Taronga Zoo, which is known worldwide as the ‘zoo with a view’. Its beautifully-manicured hilltop grounds house the largest collection of native and exotic animals in New South Wales. The zoo has three divisions – Wild Australia, Asia + Africa and Great Southern Ocean – and the animals are kept in faithfully recreated natural habitats, unlike the stuffy cages we see back home. We came face-to-face with native Aussie fauna like kangaroos, koala bears, wallabies, platypus and Tasmanian devils, along with non-native animals such as Andean condor, West African pygmy hippos, Sumatran tigers and Alaskan brown bears. 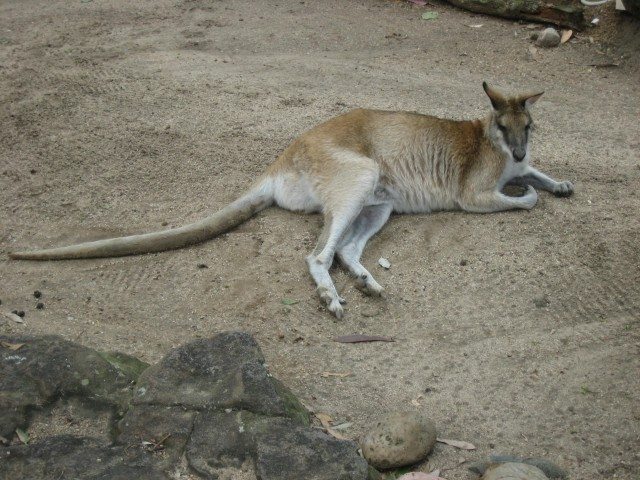 Kangaroo lazing around in Wild Australia 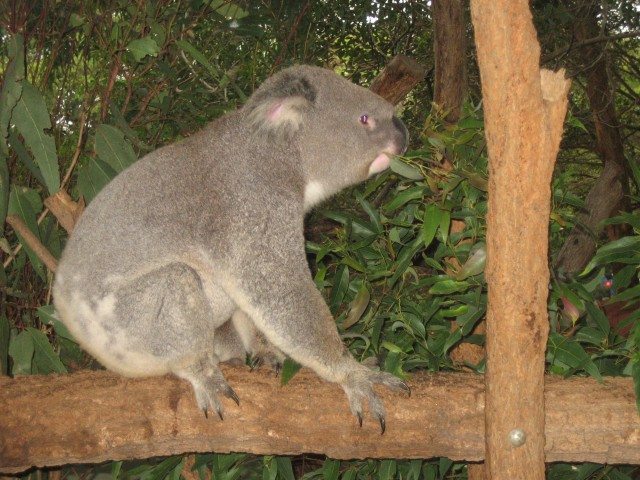 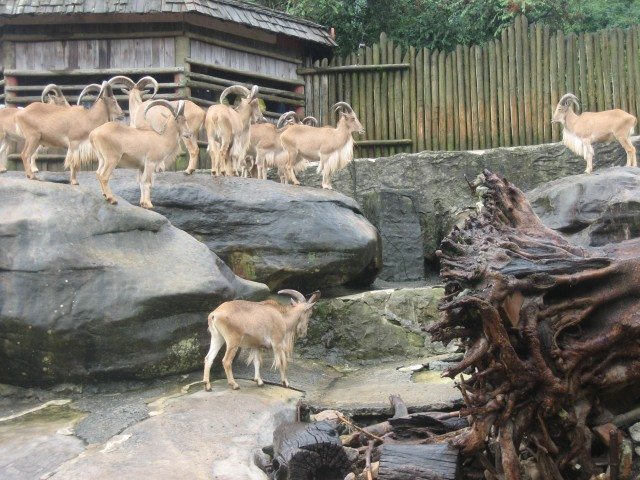 A trio of African zebras 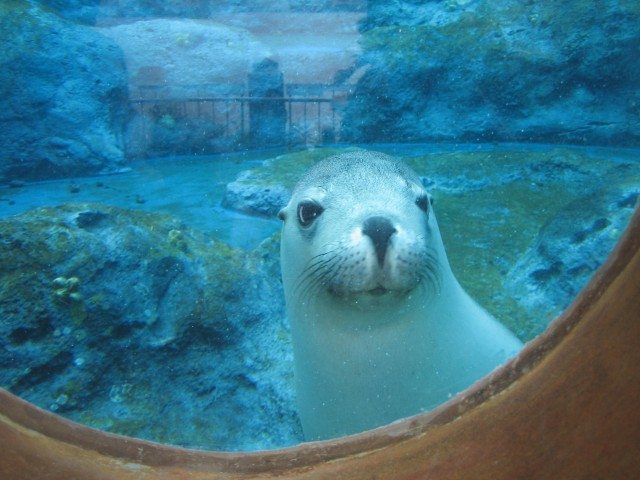 A seal peeps out from Great Southern Ocean

It took us over five hours to see the entire zoo, but we still had the energy to return to Sydney Harbour in the evening and explore the malls along George Street. That’s when we came across the Queen Victoria Building (or QVB, as it’s popularly called) – a beautiful structure where history, culture, architecture and style converge in a unique retail environment. 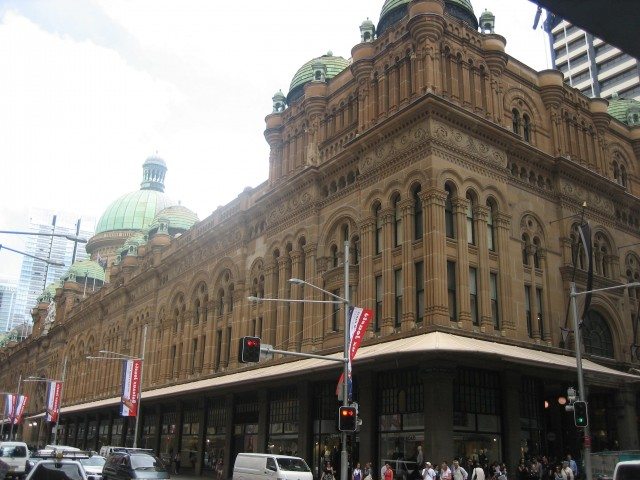 Amidst a backdrop of startling Romanesque design, QVB houses the best of Australia’s contemporary fashion, health, art, food, jewellery, houseware and antiques. From the ceiling of QVB’s central dome, hangs the world’s largest $1.5-million animated turret clock, which tells the story of Australia from the perspective of Aboriginal and European settlers.

We were awe-struck by QVB’s grand architecture, ornate tapestries, high-end shops and boutiques. But the exorbitant prices left us even more speechless! 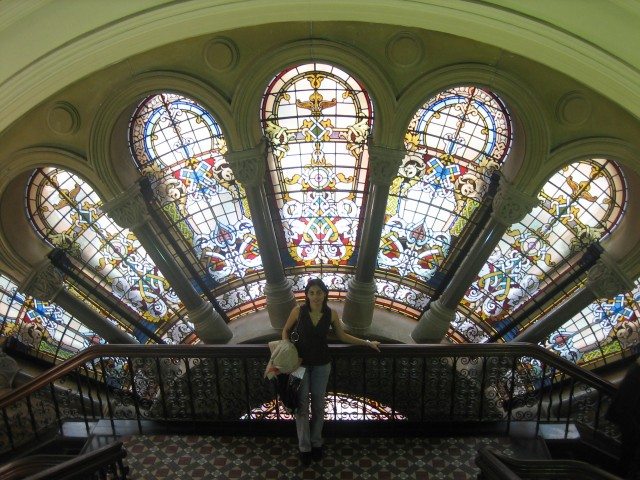 After the opulence of QVB, we needed a breath of fresh air, so we headed to Darling Harbour. Though it’s intended to be one of Sydney’s ‘buzz’ places, we found it lacking in character and greenery. 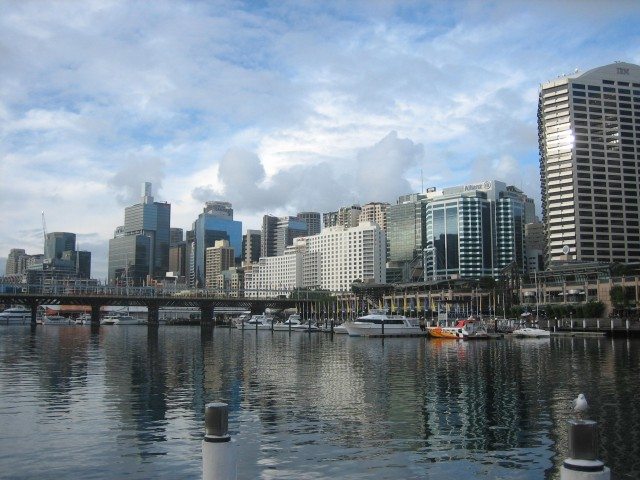 A former dockside area, the small harbour has been transformed into a convention and exhibition centre, which houses tourist attractions like the Sydney Aquarium, Wildlife World and Australian National Maritime Museum. An old naval war ship, submarine and a replica of Captain James Cook’s ship are also docked at the jetty.

Boats lined up on the jetty

So on this tempting note, we wrapped up our short and crisp Down Under trip, with a promise that we would return some day to relive the Magic of Melbourne and reignite the Spark of Sydney!

(Note: A modified and shortened version of the above article was published in the ET Travel section of The Economic Times on August 14, 2008. I have reproduced the original version here for the reading pleasure of fellow Ghumakkars.)

While every year, a large no of visitors throng Corbett Tiger Reserve, not more then a handful visit the man’s home in whom honor…