Rock Garden in Chandigarh is a marvellous piece of creativity and worth a visit while in/ passing through Chandigarh. We covered the place while passing across Chandigarh – ‘The City Beautiful’ – a city dreamt of by the Frenchman, Le Corbusier. It must be recorded here; driving within Chandigarh gives one the feeling of being in Lutyen’s Delhi – with wide, shaded boulevards flowing around well shaped roundels, regulated and smooth traffic, distinctive signboards (which are readable and show correct direction) –

Rock garden is located next to Sukhna Lake – another landmark spot in Chandigarh, which we did not visit but passed across. The lake appeared to be quite a happening place, teeming with picnickers all around.

The Rock Garden was created by Nek Chand in 1976, an Engineer with the PWD, who is nothing short of a legend, at least in the annals of the visitors to Rock Garden. 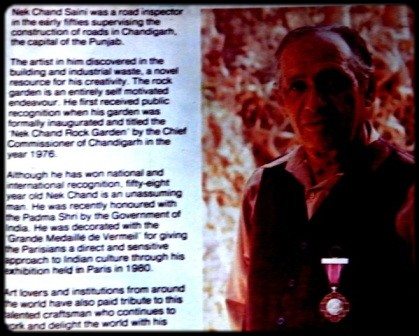 The garden has been created by using urban waste – a perfect example of ‘BEST OUT OF WASTE’ – phrase I was acquainted with while helping my daughter in her unending projects. Though not the right place/forum, and at the risk of (1) being perceived to be an ‘absolute obsolete loony’ (2) being blanked out by Nandan Jha, controller of the Ghumakkar site – because the site caters to traveling buffs.

I can not but restrain myself harping on the issue again :- ain’t for the majority of our generation (which is this; rather than that – generation, I mean), the term ‘WASTE’ is something one never fretted about – a shirt after outliving its life, which was substantial, being passed down from father to son to perhaps another brother – was thereafter turned into a ‘thaili’ – a bag laboriously created through hard work of the ladies either on the sewing machine, or simply by use of a needle/thread – which, after having aged carrying vegetables/ school books/ feed for domestic animals/ stuff from local kirana/grocery, etc. was converted into a cleaning cloth, and so on. 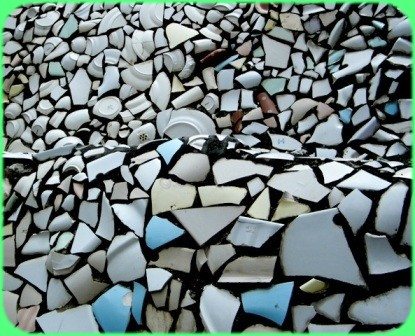 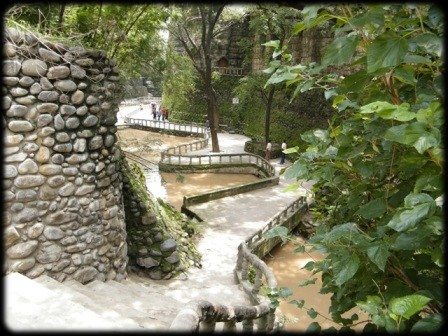 Point here is – we, today as a society end up creating so much of waste [the cardboard box of Domino’s pizza was being thrown into the overflowing dustbin when, ironically, my daughter, busy in a school project that required a piece of cardboard came to me offering to cut off a piece of the notebook of her second term (she recently finished her Term 3 exams, and for her, a term finished is a world finished – we at least waited for the year)], that we need to coin phrases like ‘B out of W’.
Enough of loony talks – getting back to the ‘Rock Garden’; 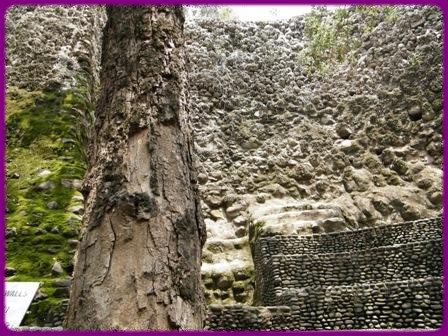 The catacomb like structures in the garden – made of various imaginable and unimaginable waste stuff, contains meandering pathways for the visitors. 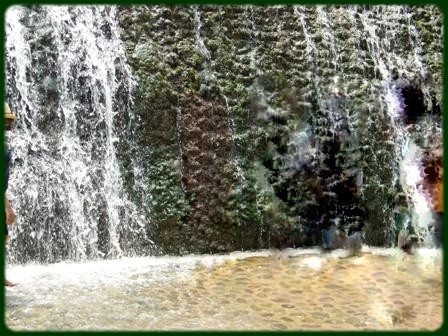 To fully enjoy the garden, one needs to spare at least 1.30- 2 hours and probably more. Perfect season for the visit, therefore, is winters – when you can venture into the place under warmth of the sun. 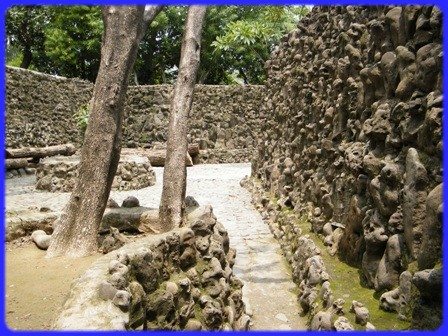 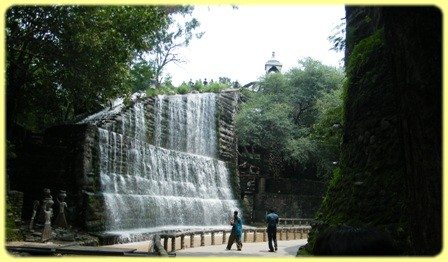 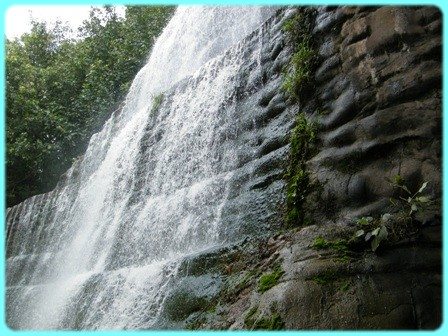 Inside the garden, there are arrangements for refreshment/camel ride/swing(jhoola)/ book stall etc centralized location. 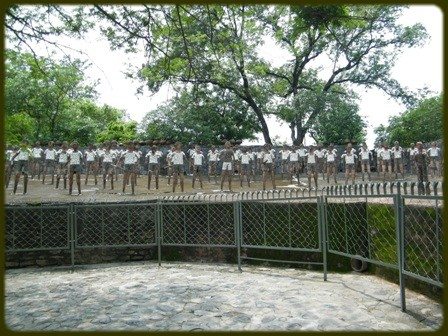 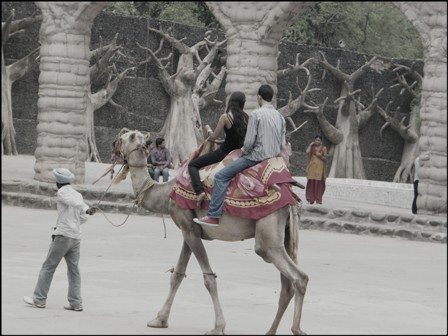 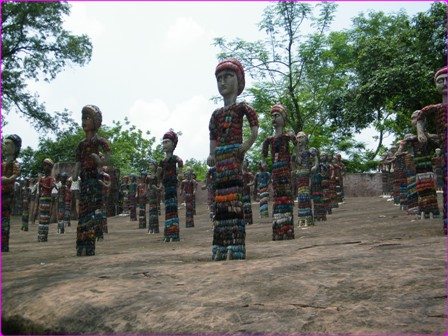 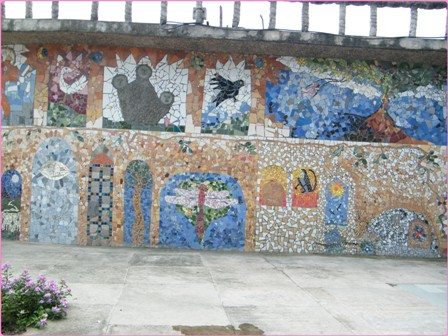 If memory serves me right, the garden is open on all days except Thursdays and national holidays, and has a nominal entrance fee. 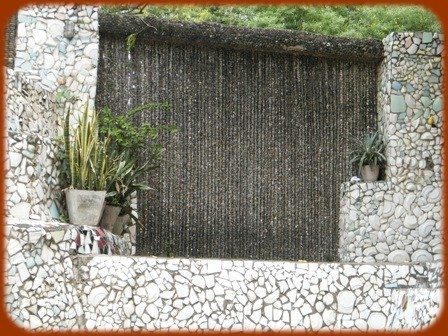