So far, you have read that how we started a 2 days back from Delhi and after driving non-stop, we halted at Patnitop. After entering Kashmir, we noticed a road-block and were in shock. I got off from my car and asked a JK license plate car couple on what’s happening and was told that once CRPF arrives, we would be all fine.

He also informed that vehicles of other states will be diverted through a different route which is through villages for reaching Anantnag. We were only 50 kms away from Anantnag and hoped to reach there by 10 AM if not stuck to the road block. After waiting there for more than an hour, the CRPF were able to control the situation amicably however, the road was still blocked by the agitators. The J & K police came into action after the CRPF arrived and as told by the couple, diverted our vehicles through the village road which was very narrow throughout. We finally reached Anantnag after a four hours tedious drive on the PCC village road with hundreds of road breakers. We reached Anantnag at 1 PM instead, till then we were dying of hunger. Since we were already late and supposed to reach Baltal the same day, it was decided to continue driving without stopping for any meals however, we picked some fruits and snacks from the Anantnag market which is relatively, a good busy town. The road to Pahalgam turns right from here and is one hour drive approximately 40 kms, since we had no plans for Pahalgam hence headed straight towards Srinagar non stop. The road now was very good and broader as we were back on the same highway left due to diversion. Another few minutes, we were busy grasping those fruits and snacks and after finishing all we bought, finally smile regained to our faces.

The journey on to Srinagar was little boring, through heavy traffic, we made our way towards Sonamarg via the new bye pass avoiding Srinagar city. After crossing the summer capital, we reached at junction of right turn towards Srinagar-Ladhak Highway, place called Saura, I remember because we had our brunch at a small but nice and cosy restaurant after turning right. It was 3 PM and we were skeptic about reaching Baltal before its dark because the onward road was hilly, curvy and muddy at few places however, the entire stretch is along the River Sindh cris-crossing the highway or running parallel to it. The almost two hour’s journey was very enticing, relaxing and picturesque. The view of the snow capped mountains far before reaching Sonamarg was so hospitable that one magnetically gets attracted. The river flows adjacent and`at same level of the road before nearing Sonamarg. Many food courts, cafeterias, stall, resorts can be found alongside the river adjacent to the highway. We stopped to one such stall and had some tea and local fries. In the mean time we got our car washed by the already engaged local guys for Rs. 50/-. The water being abundantly available at approachable distance, the cars were well bathed with plenty of chilly water of River Sindh. The mere thought of reaching our first major destination filled us with thrills and shiver (it was cold too). At 6 PM we were at Sonamarg, I engaged in clicking few quick shots of the snow laden glaciers at the verge of melting by this time of the year and my other two colleagues were into searching and bargaining a place to stay for the night as it was almost dark and we were not sure of getting accommodation in the tents at Baltal which was another 30 mins. drive (15 km). Most of the hotels in the small area are however, very over priced and worth only when you come with family in the season. Finally, we decided to reach Baltal and try luck, else may come back to Sonamarg and stay in some hotel though over priced. 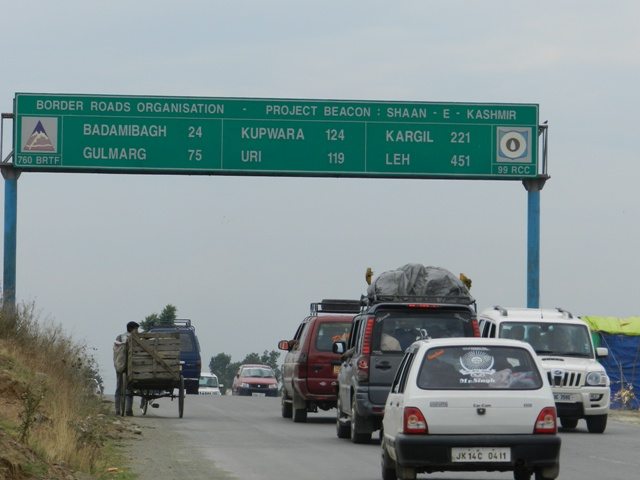 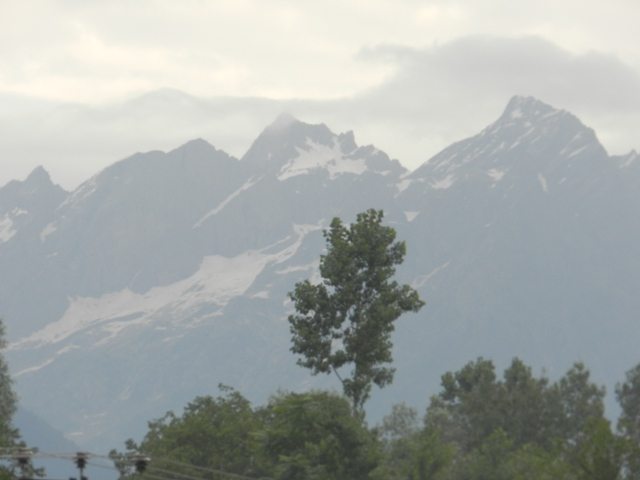 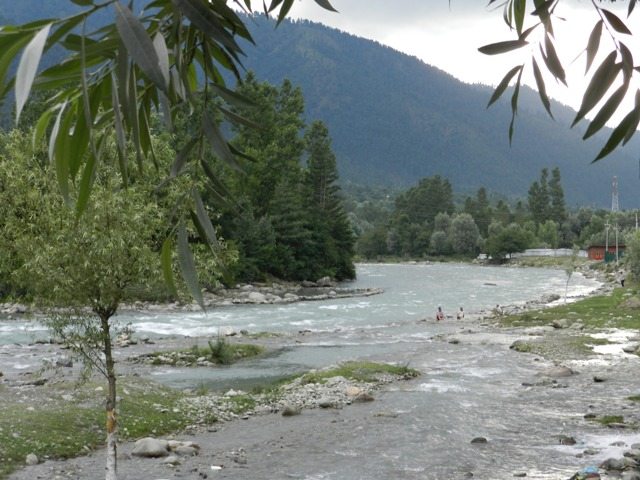 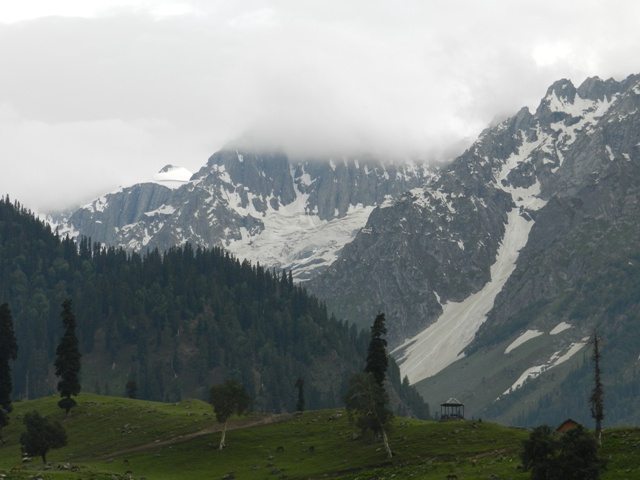 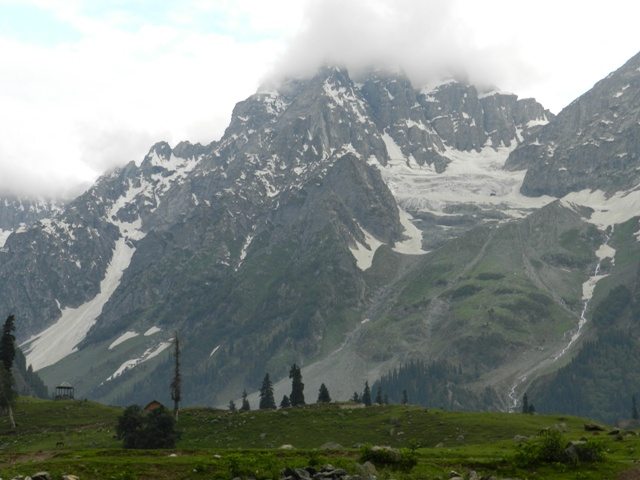 At 7 PM we reached the base camp at Baltal, this road is operational only for 5-6 months in a year for carrying necessary items for the military deployed in the region at higher altitudes, the rest of the year the entire area is covered by snow. Baltal is a picturesque meadow on the bank of River Sindh flowing with all its might amidst, leaving a fertile land at the foot of the Zozi-la-pass, at an altitude of 3000 mtrs., winter here is as low as minus 10 degree Celsius. The public vehicles are parked far from the base camp and pilgrims are allowed to enter towards the base camp only after thorough checking with all prohibited items kept out. The private vehicles and the local taxis are however, allowed to park near the main entry of the base camp in the temporary parking lot alongside the river adjacent to the helipad. We therefore, parked our car at the parking lot retaining the rucksack with necessary items in it for the journey next morning. The entire meadow was converted into a temporary base camp with rows of colorful tents and shops selling necessary items like clothes, woolens, jackets, shawls, shoes, brush, paste, soap, shampoo, rain coats, umbrellas and what not as in any village fare. Hundreds of ponies braying and spreading dung polluted the atmosphere with pungent smell and the ground muddy. 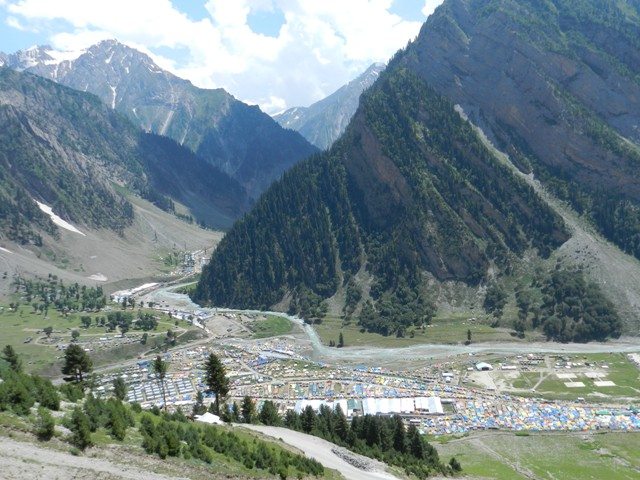 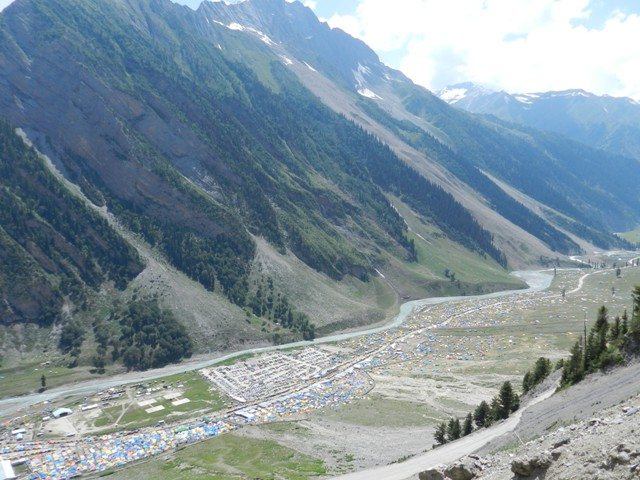 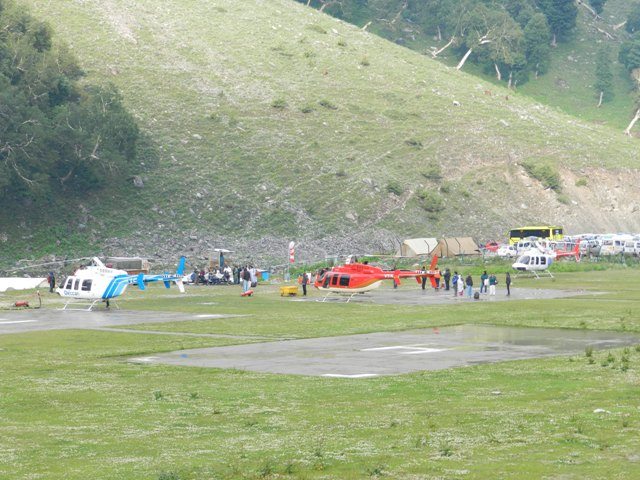 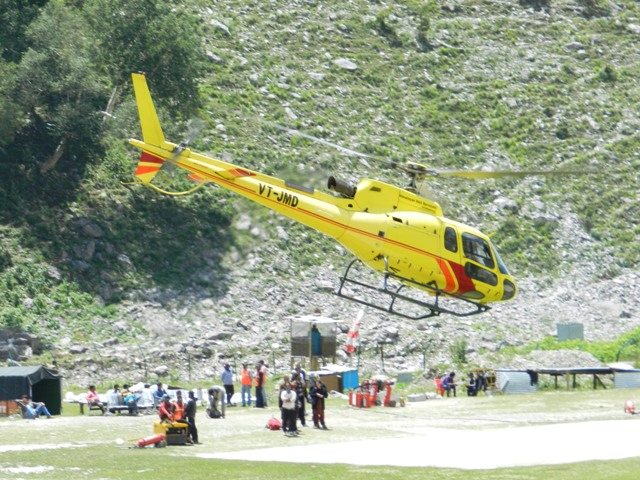 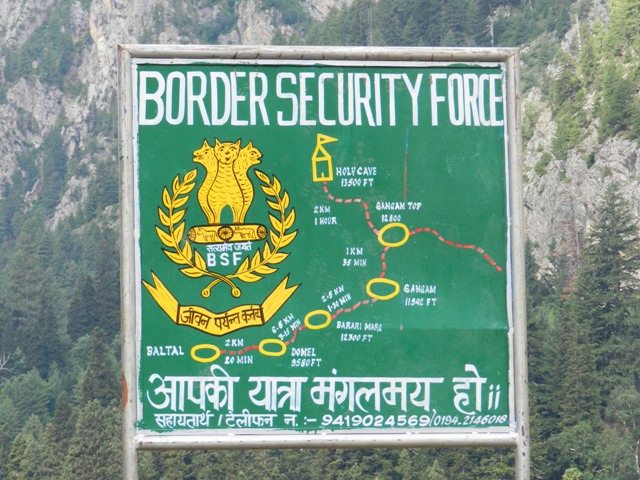 The entry through the last check point towards the tents was however, a strenuous job. The pilgrims were in a haste to enter through the metal detector gate because the scanner machine scanning their luggage was fixed on the other side. We were not in haste hence, engaged in collecting Yatra Ticket on producing the medical certificate, from one of the counters for the next day’s journey on payment of Rs. 50/- per ticket endorsed by the Amarnath Shrine Board. Later, entered the base camp through the metal detector gate with ease and as easily found a nice cosy tent for Rs. 1,000/- for one night. One can also share it for Rs. 100/- per head but that was very uneasy, sleeping in cluster of 10 persons in one tent. We were happy to afford the entire tent for three with enough space for all. It was pretty cold hence, we used our jackets while loitering inside the camp area which was more like a fest. Interestingly, you don’t need to pay for your meals now onwards because the devotees from different sects have arranged Langar Sewas with great zeal and delicious food was available at every langar. We had a little bit from each of them while moving around simultaneously and filled our tummy sufficiently. It started raining suddenly hence, we were back to our tent, it was cold and breezy but we were safe due to extra blankets in the tent which was meant for ten occupants.

The rain continued till morning and we were shocked by the worst news being announced in the mikes that the yatra is on halt till permission by the CRPF, who were in charge of conducting the yatra safe. We were very upset and just prayed God to stop the drizzle and start the trek. The helicopter service was also on halt and current ticket booking was available only after 2 PM subject to availability of seats due to not availing the already booked tickets of the day. We therefore, decided to undertake the journey by trekking since early morning but that was hindered by the overnight rain, due to which the terrain which was already dangerous enough, had become more slippery due to loosen soil, melting glacier and rolling pebbles. Also there is always fear of land slides, some places on the way are more prone to it hence, the trek was not permitted till the entire route was well examined by the CRPF. At or around 10 AM finally, it was announced that the yatris may start the journey. We were already on toes hence, briskly reached at the check point from where the 13 km steep, tiring and arduous trek to a height of 4050 meter upto the holy cave begins.

After exhibiting our Yatra Tickets at the check point we started our trek, a stick was purchased on the way necessary for support at many places. Since we started late, the chances of returning to the base camp on the same day was remote. It is not advisable to haste in long distance treks, which I have learnt during my different trekking trips in the past. Moreover, the trekking route from Baltal to Amarnath is so designed (temporary) that at some points only one person can walk through, at some points the rise is so high and steep that one literally has to crawl. To add on the difficulty, the ponies with its riders mercilessly pass by you almost bruising your body or hitting by the riders’ knees. Caution to be taken from falling into the valleys, the slope was so steep and deep that once imbalanced will inevitably lead to the deadly fall. Above all, one should never forget about the altitude of 4000 meter where oxygen is so scarce that even matchsticks extinguish immediately after burning the phosphorous. Lighters don’t work and the air is so thin and dry that you are always scarce of oxygen, resulting into meager to severe high altitude sicknesses and frequent fatigue-ness. 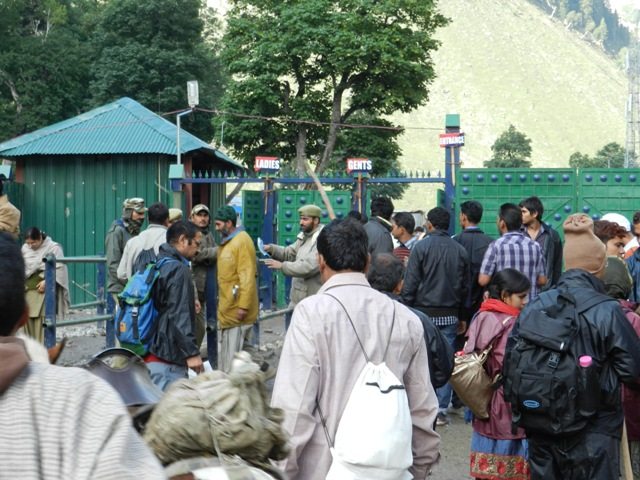 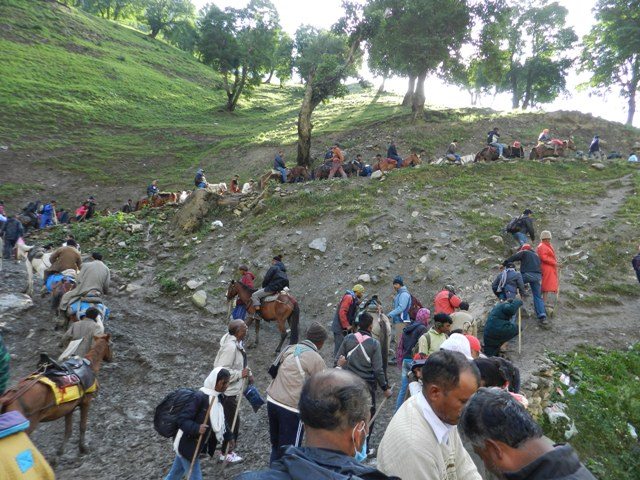 Day 1 Day 2 and 3 Day 4: Exploring the island of Oahu. Day 4 was a conducted bus tour by the Polynesian Adventure…