Today was father’s day. Our plan was to go to the Taste of London festival with Honey (my mausi). She was coming to London. Aman, Liz & Oli were also to join us.

I woke up to knocks on the door to find that Honey had arrived. She had some official work to attend to in London & also promised to take us around for sight-seeing & shopping.

We all had a light breakfast (obviously), as we were headed to a food festival, where cuisines from around the world were on offer. 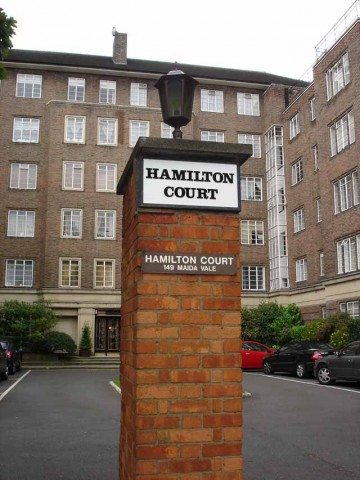 Honey’s friend Ashish drove us into London, close to the Festival venue at Maida Vale, West London. From there we took a cab – it was one of those traditional black London Taxis, in which the seats faced each other and there was a mike thru which you could talk to the driver, who was on the other side of the glass. 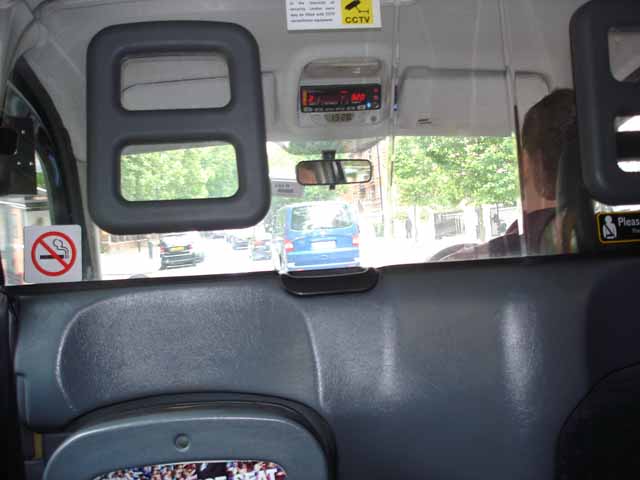 Inside of a London Taxi

On the way, we saw The Lords cricket stadium from outside. It ‘hurt’ a little to see it as Dada ie. Sourav Ganguly (as captain) was going to play an exhibition match next Sunday at Lords. Honey had even got us invites for it. What hurt was that the match was a day after our fight back to India :P How I wished that I could shift at least my flight booking by a day so that I could see Dada in action. 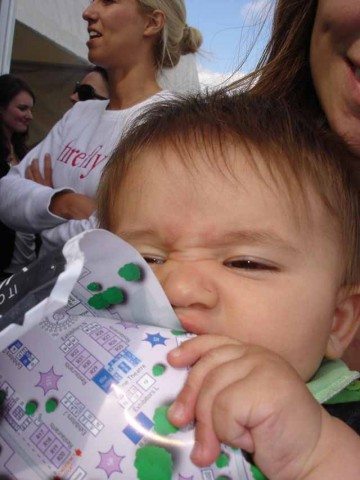 Getting a real Taste of London

We reached The Taste Of London, the event was in huge garden called Regent’s Park. There were covered areas for lounges and for stalls.

Aman, Liz and Oli had already reached. We met up with them and headed inside. We first went to the lounge which had different types of cheese, crackers, fruit spreads, beverages and shallots (squishy sea food). I also had some steak which was the yummiest that I had eaten in my life (well, that was about to change as the day progressed☺). We stayed at the lounge for about an hour and then we ventured out.

My Honey at Taste of London

It was a great day to be outdoors. A lot of people had the same idea it seems, as the place was quite crowded. There were very long lines in front of the stalls. Aman, my dad and I stood in different lines to get the food for everyone. Though there was a crowd, it wasn’t like in India, where with so many people it would have been difficult to even stand without being shoved, and there would have been a lot of pushing, pulling and tugging. This crowd was much better.

Aman and my dad had already got the stuff by the time I came back with mine. We all found a nice grassy spot to sit and we ate.

We looked at the map that had been given to us and saw a stall of a restaurant called Benaras. As Benaras is the name of a holy place, everyone thought that the food in the restaurant would be pure vegetarian, and so we skipped to the stall to get some veg food for Honey and Liz, but guess what, there wasn’t a SINGLE veg item on their menu :P

By that time, everyone started to get a little thirsty so we started looking for a place to get something to drink. We didn’t find anything to drink, but found this stall that sold Argentinean steak. The line wasn’t too long so we placed our order without waiting too much. The chefs were making the steaks right in front of everyone, and the smell of the steak was coming straight at us, and even the aroma of it was amazing. By the time the steak came to us I was salivating and ready to dig in. The steak tasted heavenly☺. It was oh soo soft and juicy; the flavours too were very subtle. Now, that was the best piece of steak I had eaten in my life☺.

After the steak we found ourselves some lounge chairs to sit on. We started playing reptile–reptile the moment we landed on the lounge chairs ie; sitting around in the sun doing absolutely nothing, just soaking all the sunshine ☺.

There were some Brazilian Samba dancers that were dancing amongst the crowd. They were wearing interesting ‘carnival’ clothes and livening up the atmosphere with their energetic drum beats.

After about an hour or so the unpredictable English weather started to demonstrate itself, and all of a sudden it got cloudy, and so the whole point of playing reptile–reptile was lost. So we decided to go to another one of the lounges.

We went to the lounge and ordered some beverages, found ourselves some nice tables and started chatting. 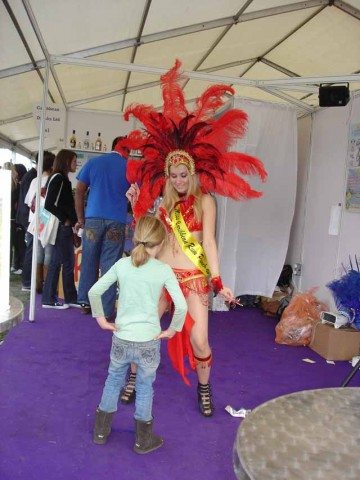 We reached back home and I made myself comfy for the Brazil vs. Ivory Coast match.

We had a late, light dinner and then we went to sleep.

This was one of my best days in London☺.