Who has not heard of Rani Lakshmibai of Jhansi?

The last few lines of one of the most recited poetry in Hindi literature composed by Subhadra Kumari Chauhan on the life of Rani Lakshmibai are here below. During my school days, I’ve sung it too with rousing feelings of patriotism. 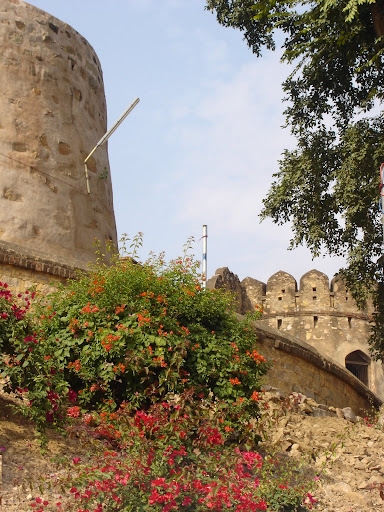 A rough translation of it is:

“This story we heard from the mouths of Bundel bards
Like a man she fought, she was the Queen of Jhansi.”

And that is what I recalled when I had my taxi stop at the Jhansi Fort while on my way to explore Orchha, the twin city of Datia.

Most of us are aware of the historical facts on the popular Rani Lakshmibai. Since I like to dwell on it, let me briefly put a few of my thoughts here.

Queen Lakshmibai was affectionately called Manu when small. Having lost her mother at age 4, her father encouraged her with martial training, including riding, fencing and shooting when she was still a child. Probably her father envisioned her becoming the queen and accordingly educated her so.

Manu married Raja Gangadhar Rao Niwalkar at a young age and became the Queen of Jhansi. As was customary in those days to change name after marriage, she was thereafter known as Lakshmibai. It is said that she gave birth to a son, but the child died a few months after birth. Shortly, Gangadhar Rao fell very ill and he grudgingly relented only a day before his death to adopt a distant relative, a boy named Damodhar Rao. 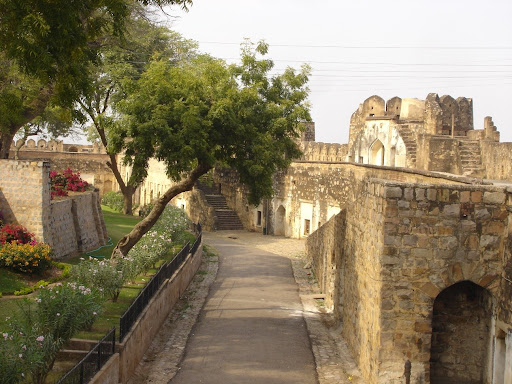 To ensure that the British would not be able to contest the adoption, the Rani had it witnessed by the local British representatives. If I have my history right, upon the Maharaja’s death, the British-Indian authorities refused to recognize the adopted child as the next prince, sought to disgrace the Queen and moved to take control. They confiscated the state jewels and deducted her husband’s debts from her annual pension. She was required to leave Jhansi Fort for the Rani Mahal, another palace nearby that I visited in Jhansi town. 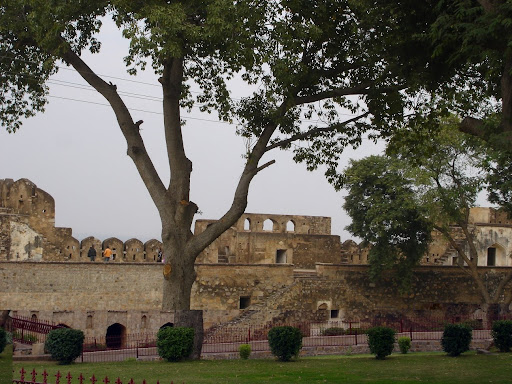 So this post is mainly about the Jhansi Fort, the fort that played a major role during the first war of Indian Independence in 1857.

The Jhansi Fort is synonymous with the great revolt of 1857 which many refer to as the first war of India’s independence. It is a beautiful fort built on the Bangra hilltop by Raja Bir Singh Deo of Orchha in 1613. The Fort was later on passed into the hands of Rani Lakshmibai, the Queen of the Maratha-ruled princely state of Jhansi and she made it her residence. 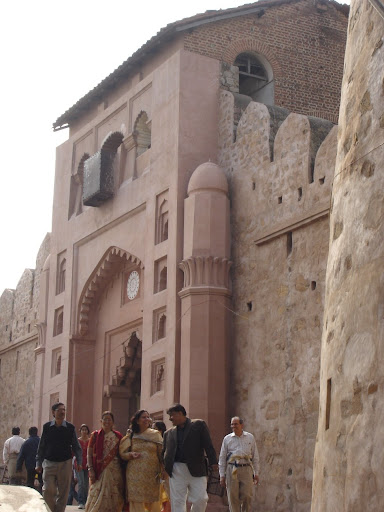 As soon as I set my eyes on the Fort, I was transported back to history and thought of the heroism of the young Queen who lost her life in the battlefield. Everytime I think of Rani Lakshmibai, my heart goes out to the young Queen. She had to face so many difficulties during her short life. To cite a few: 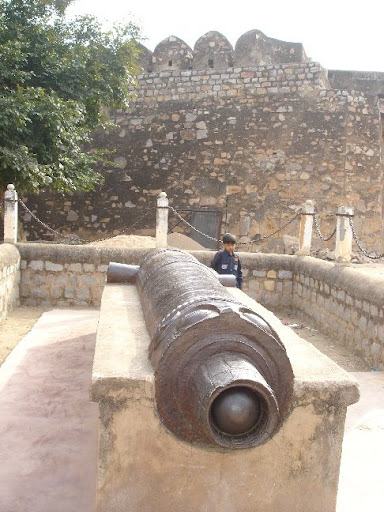 Whether it was defending the invading armies of the Orchha and Datia rulers in 1857, or getting no support from neighboring Gwalior, or fighting off the British army in 1858, the young Queen’s life was a constant struggle. Historians state that though originally she continued to serve her British masters faithfully, it was only when she was faced with the impending likelihood of execution that the Queen then revolted against them. 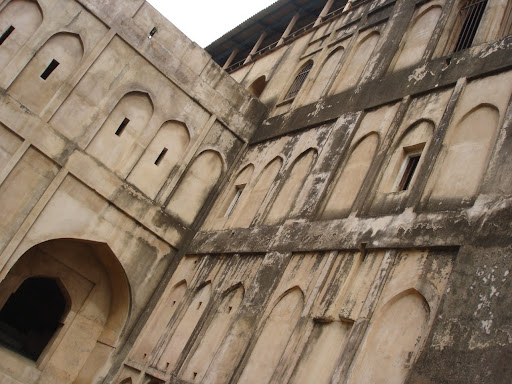 I can’t stop from sharing a little more on the sad history of events that took place during the last few years of the Queen’s life.

In 1858, on suspicion that the Queen was aiding the mutineers, the British attacked the Jhansi Fort and after weeks of conflict, they laid siege and finally succeeded in the annexation of Jhansi. However, the Queen managed to escape along with her son and covering several kilometres in a few hours, took refuge in Kalpi. 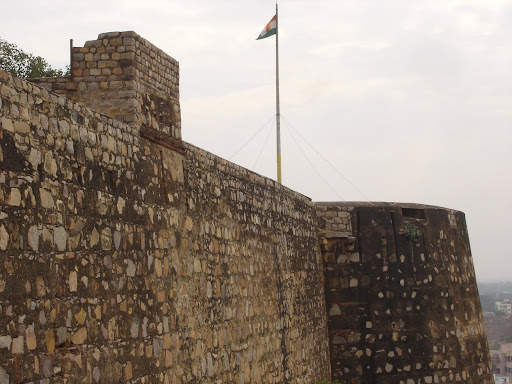 There is a legend of a spot at the Fort that is said to remind of the extremely heroic feat of the Queen when she, in the guise of a man, jumped from an edge of the Fort to her waiting horse several feet below, with her adopted son tightly strapped to her back. 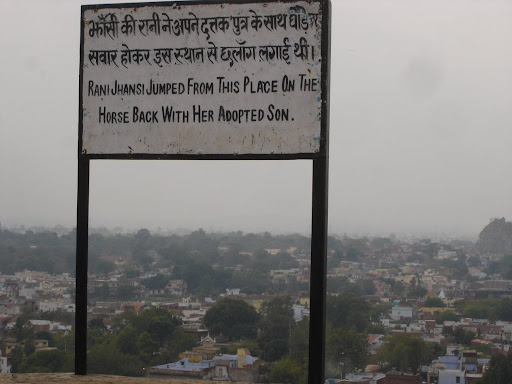 In Kalpi, the Queen was received as a great warrior together with a very small group of her most faithful soldiers who escaped along with her. From there, three months later, with the help of the Nawab of Banda and others, the Queen lead a successful attack on the British fortress at Gwalior that was under the control of General Hugh Rose.

The Queen was determined to secure Jhansi from British annexation throughout her life. She proclaimed her decision on not giving up Jhansi and went to the extent of establishing links with various revolutionaries and also with her childhood friend, Tatya Tope (also called Tantia). In one of her meetings with Tatya Tope, she is said to have mentioned that Jhansi will set an example of free India. The more I read about the Queen, the more I am convinced that her intention was not limited to territorial aspirations but that she had a vision and foresight for India’s freedom. 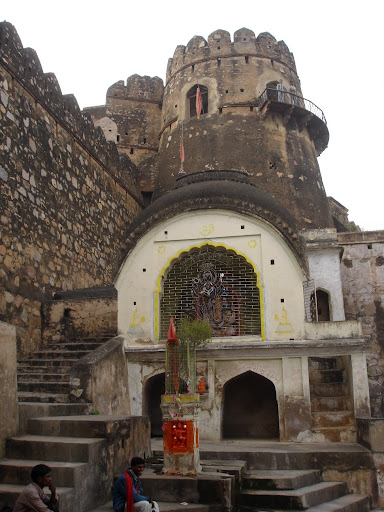 Lord Dalhousie, the colonial administrator in India in between 1812-1860, who was on a quest for mass annexation of all Indian territories decided to annex Jhansi. Under his Doctrine of Lapse several lives were lost. Throughout the uprising, the Queen had to fight another private battle to secure the rights of her adopted son who was deprived of his kingdom by the British authorities.

In the final days, Tatya Tope had hopes of support for the Peshwa from Gwalior, however, it was not to be so as it is reported that the Scindia army had a secret alliance with the British. In the losing battle with the British at Gwalior, days of fierce hand to hand fighting ensued in which thousands of soldiers were killed. It is written that on the last day on the battlefield in Gwalior she rode on her horse as the defiant leader of the defense, dressed as a man, using her sword. She was in the thick of battle when a British Army soldier threw his sword at her, killing the Queen on June 18, 1858.

The Queen will always be remembered for her words: Meri Jhansi nahin dungi meaning, I will not give up my Jhansi.

The Queen’s heroism became a beacon for the upcoming generations of freedom fighters. She is considered a martyr and iconic figure whose example set in motion the freedom struggle that consequently rid the subcontinent of its colonial rule.

The Queen of Jhansi will always be regarded as an epitome of bravery in India because of her wisdom, courage, sacrifice and progressive views on women’s empowerment in 19th century India. 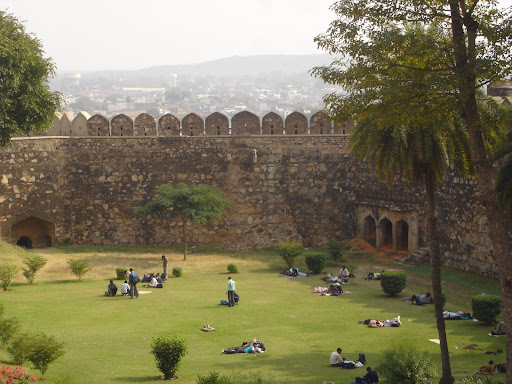 Jhansi is very well connected to major cities across India by direct train links. Situated at a strategic location where the NS and EW National Highways intersect with each other, I took the NH 75 connecting Jhansi from Gwalior, 98 kms away. Datia is about 30 kms, Orchha 20 kms and Khajuraho is 175 kms away. There is regular bus service to Jhansi from Jaipur, Agra and Gwalior. The nearest operational airport to Jhansi is Gwalior, 98 kms away. Jhansi has an airport, but is not operational for civil flights as it is a base of Army Aviation. A new airport is in the pipeline which would enable excellent connectivity with major metros and other important cities.

This post has been previously published in my blog here.

Mussorie, the queen of the hills is a popular hill station in India. My first impression of this place was that I was a…