Our 13th day in London was, again, dedicated to shopping. Our day was spent fully at M&S and Tesco, and in the evening we went to one of Mausi Ji’s friend’s barbecue party. We had some wonderful food there, in the garden with a hammock and pond with fishes.

Which green do you want?

Our 14th day in London was much more fun – for me. Our plan was to go to this town called Portsmouth. It is a waterfront city, with a lot of fun stuff to do, like arcades, amusement parks, and the most important of all, beachesJ.  It is also the birthplace of Charles Dickens. Mausi Ji has a house there, and so we were going for an over-night trip. 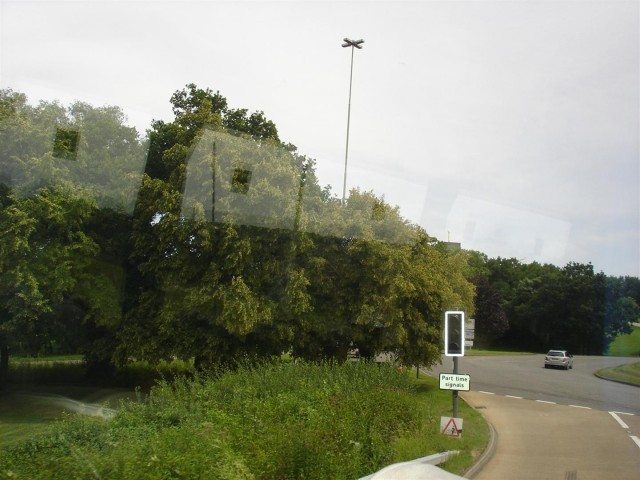 I woke up at 6:51am (New Personal Best) and strolled downstairs for breakfast. We were going by coach, and our coach was to depart from the Victoria Coach Station at 10:30am, so we had to reach Victoria Tube station (from where we would walk down) by around 10am, and for that to happen we had to leave home by 8:00am; which meant that we had about an hour to get our act together. We again had nice bacon-y breakfast, consisting of toast, eggs, sausages and bacon. Post breakfast, we both went upstairs to get our act together. I got ready and finished up my last-minute packing, and was ready to leave by 7:45am. 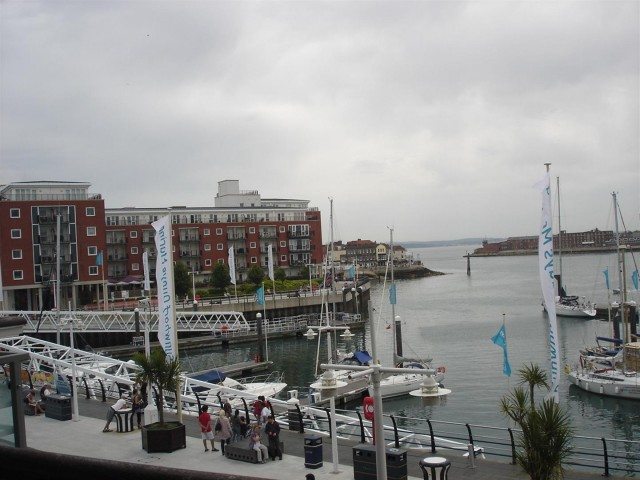 The view from Wagamama

Mom was waiting for me downstairs, and so, we were out of the house by 8:00am. Mausi Ji dropped Renu Ji, mom and I to the tube station, we were all to go to the Victoria Coach Station together, from where mom and I would take our coach to Portsmouth and Renu Ji would take her coach to Croydon. Anyways, it was about a one and a half hour journey to Victoria, we even changed lines once, to save time. Now, although I had a heavy enough breakfast before leaving, I had gotten quite hungry by the time we reached Victoria, and so we grabbed a quick bite at this place called Upper-Crust. 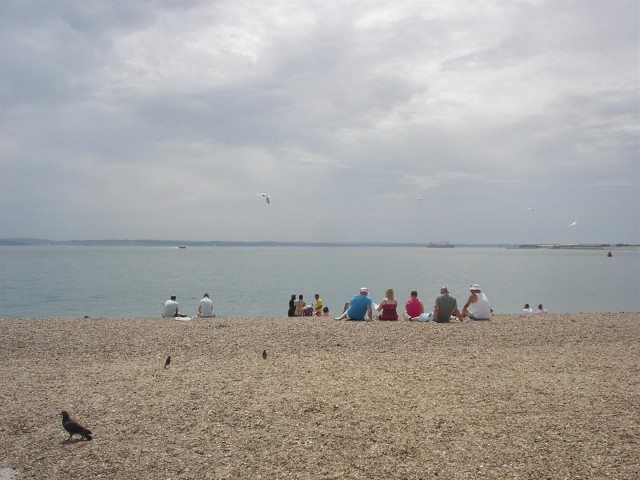 It was a short 10 minute fast-walk to the coach station, and we reached there by around 9:50am, well in time for our coach, had it left at 10:30am like it was scheduled to. However, due to some kind of delay or whatever, the coach left not a minute before 11:45am, and so we were much, much more than just well in time, we were wellllllll in time! So we had to spend the next 2 hours at the coach station. I listened to music for most of the time, while mom bought a magazine for herself. Those were fairly long two hours. Thank god for the Burger King at the Terminal that kept me fed and somewhat happy. The moment the coach arrived we all jumped on in a jiffy, and as of 11:52am that day, we were on our way to PortsmouthJ.

Other side of the beach

I had my ear-phones on almost the whole time, but the drive there was simply amazing. It was a two and a half hour journey to Portsmouth, out of which it took us about 20 minutes to get outside of the city of London, and for the next 2 hours, all we saw was the green English Countryside. It was all a beautiful shade of green, with a few houses scattered here and there. We clicked about a thousand pictures of it, and trust me, just those many weren’t enough. 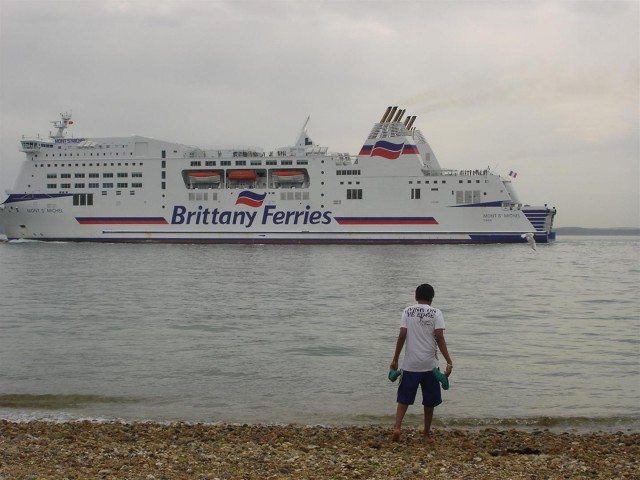 Anyways, we reached Portsmouth by 2:30pm, and found Anjali (my mausi), waiting for us at the coach station. We said our Hi’s and everything, and started pondering over what to do next. We were all quite hungry by then (travelling does that to me), and thus decided to go to Wagamama at Gunwharf Quays for lunch. Gunwharf Quays is a little shopping centre kind of place, with restaurants, stores, a multiplex and lots of water. Since Wagamama was on the first level, we had a wonderful view of the water dotted by boats and yachts. We sat ourselves down on one of those outdoor tables, and I ordered my now-favourite Steak on Noodles. This time too it was done to perfection, with the only difference being that the meat had been cooked just a bit better. 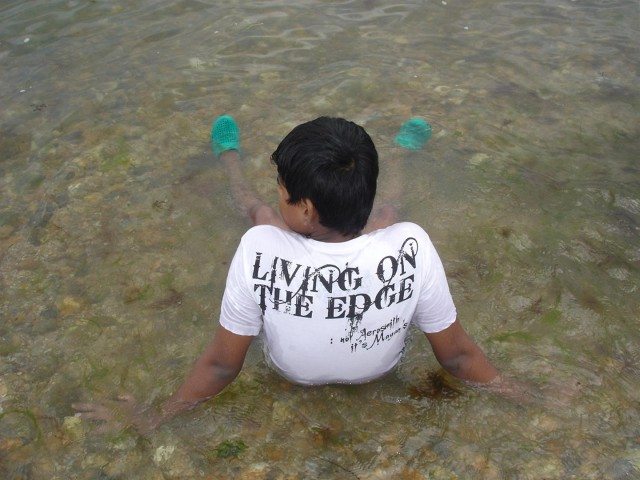 Relaxing in the sea

Anyhow, post the meal we decided to go to this place called ‘Clarence Pier’, it was an amusement pier with all these ‘fun’ things to do, like games, roller coasters and even an arcade, but honestly, the only reason (at least) I wanted to go there was because of the beach next to it. The pier is located by the Portsmouth Hovercraft terminal.  Unlike most seaside piers in the UK, the pier does not extend very far out to sea; instead it goes along the coast. 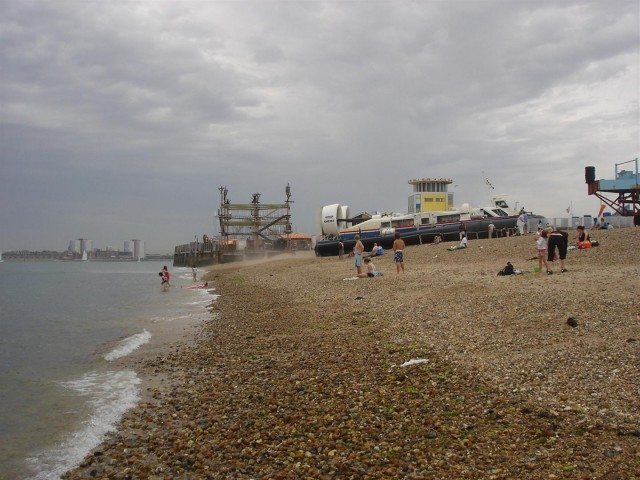 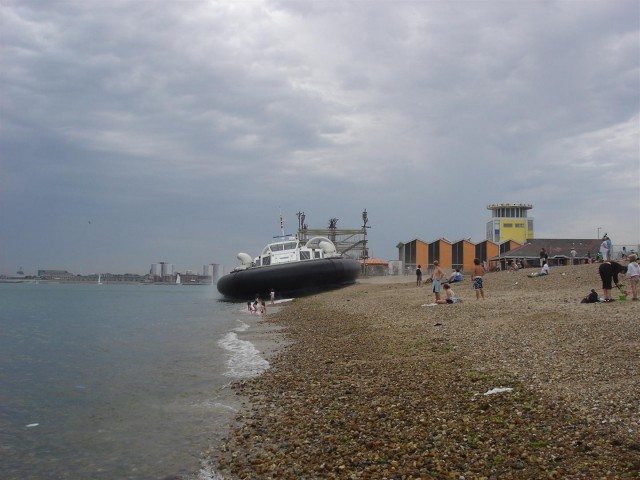 Hovercraft - sliding into the sea 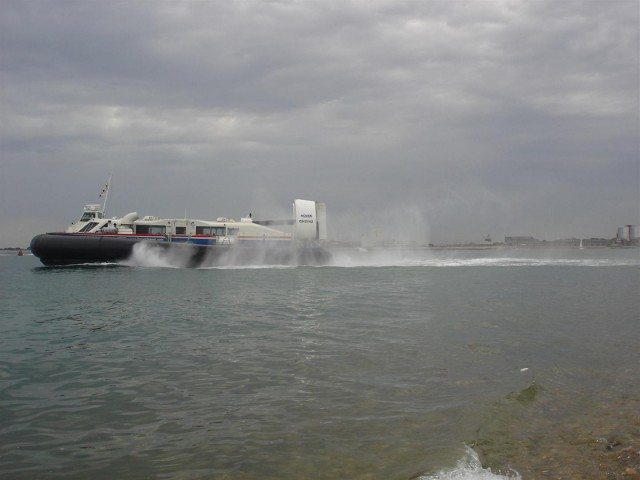 Hovercraft - away we go

We took a cab to Clarence Pier, which was about 10 minutes away by car. It was a pebble-y beach. We dumped our stuff (basically just our little over-night strolley) on the pebbles and we (I) literally jumped into the water. On our little trip to Southend-by-Sea I had only managed to get wet till my knees, but here I pulled out all the stops – I just went and sat there in the water.

The waves here were somehow bigger than the ones at Southend, and plus, there was this little Hoverport – from where the hovercraft to The Isle of White landed and departed – on that beach itself. When the hovercraft lifted off, it turned 90 degrees and slid sideways down the beach into the sea, making massive waves. 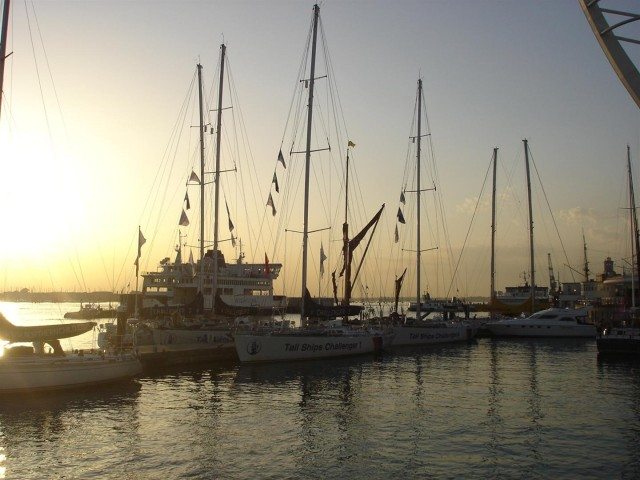 Now, the intelligent thing for me to do would have been to get up every time the hovercraft came close, but I didn’t realise that till the very first ‘massive’ wave came and hit me right in the face, making me literally fall back-wards. Well, I got up, brushed myself off and still sat in that water for the next hour or so. And oh, did I mention it was quite cold, and a constant breeze was blowing the whole time, making me quite chilly. 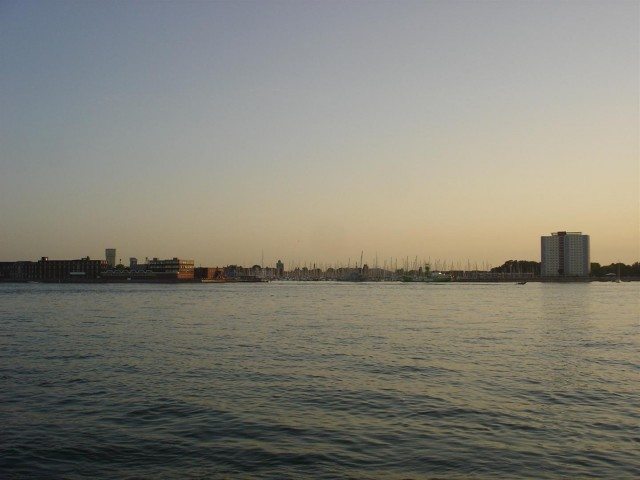 Buildings and masts against the skyline

Anyhow, post our time at the beach, which I only left ‘coz mom again got frantic about me getting all wrinkly with the cold water,  we went to this little coffee shop at Clarence Pier and sipped welcoming hot chocolate while discussing what to do next. We had changed our clothes at a public changing place next to the beach.

Post the hot chocolate we all decided to go to back to Gunwharf Quays and watch this movie called ‘Bad Teacher’.  The movie was okay, we had a lot of popcorn and coke and ice-cream. Post the movie we generally hung around the harbour, clicking pictures and eating some more ice-cream. We actually just walked around and chatted, but with the sea and the boats behind us, it was quite spectacular; plus, the sun was setting, and that made it all the more spectacular-er.

We then caught a cab to Mausi Ji’s Portsmouth house. There was a beach in front of that too (Portsmouth is an island city, and has a loooong beach line), and thus, to fulfil our moral obligations, we decided to sit around there for a while too. This time I decided to stay out of the water, because – (a) mom was telling me to, and (b) more importantly, I only had one spare set of clothes, which I was wearing at that time. Well, so we spent the next half-hour throwing pebbles into the sea. That’s quite a lot of extra pebbles in the sea, between Southend-by-Sea and Portsmouth.

Staying out of the water

Anyhow, post our time there we walked down to the house, ordered ourselves some pizzas, and, as usual, fixed ourselves on the couch for another (comparatively shorter) run of re-runs, bringing an end to Day-14 of our London Trip.