It looked like in our bid to go for day trips to Phi Phi and Phnag Nga, we had been using Phuket only as a transit place. This being our fourth and last day here, we decided to have a dekho of our host place. So we rented a car with driver for full day (around 1500 Baht) to take us for some sightseeing. We decided on a few places but kept the itinerary flexible.

To strike a conversation with the driver and out of curiosity to know about the Tsunami that hit Phuket in 2004, we asked the driver if he had any memories of it. Memories he did have …and we were the ones to stir them with such a casual question! He used to have a place for business right on the Patong beach which turned to ruins in the Tsunami. He lost a total of 10 members from his family and does not remember how exactly he survived. The day left him with a slight limp in his leg (which we too had noticed when we met him first). There were promises from government to compensate the loss to businesses but nothing much came of it and later he took to taxi driving. I felt little ashamed of the shallow question…..what kind of answer were we expecting? We all fell silent, not knowing what to say. He spoke first –  ‘Everything OK now…life goes on…I am not sad anymore.’

Is it strange that he still loves nature ?

In rest of the post, pictures will do most of the talking.. 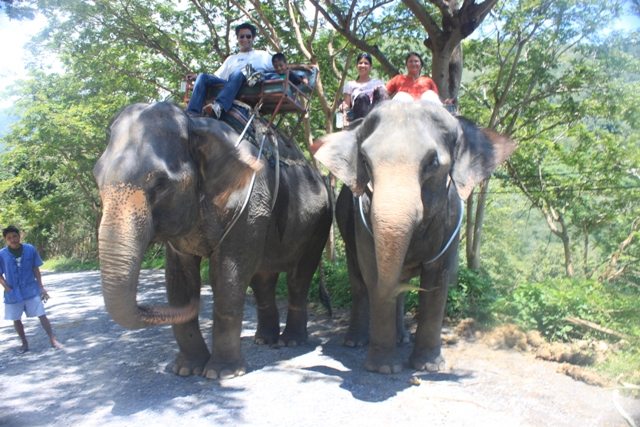 On our way towards the Big Buddha we were hungry (yes yes all the pulling work was done by the elephants but we were hungry nevertheless). The driver knew of a small place and what a gem it was. We saw lovely views of the more up market Phuket and the more serene and peaceful beaches in contrast to the rough waters of Patong. So this is the place to stay in Phuket if you want some far-from-the-maddening-crowd experience. (It will also help to make your wallets lighter in the process!) There weren’t any tourists there and we had the place pretty much to ourselves. We spent some time there just taking pictures and walking around. 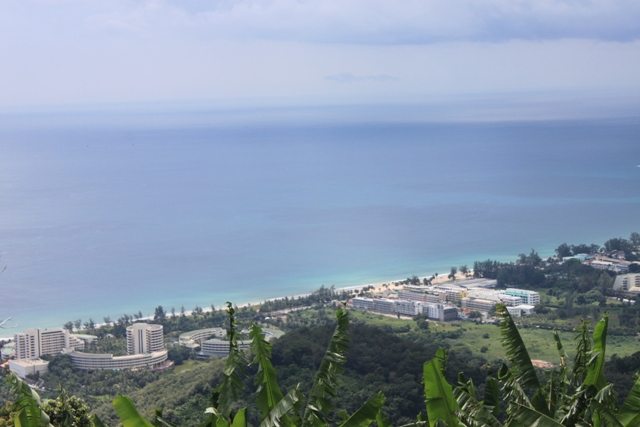 Chic, far from the maddening crowd beaches of Phuket 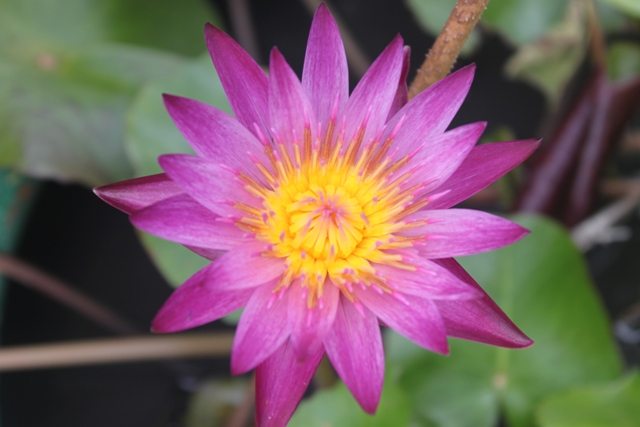 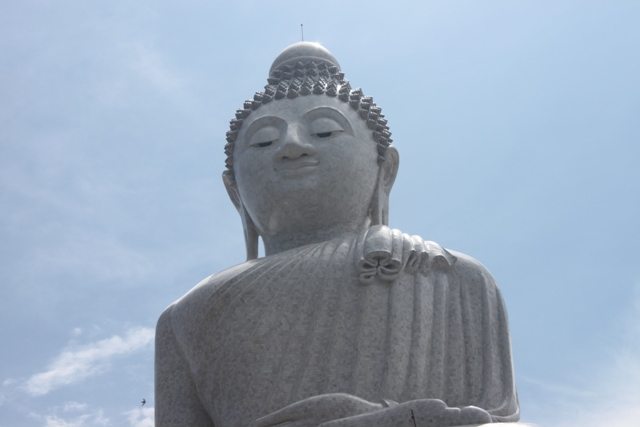 All Buddha faces exude such a peaceful look 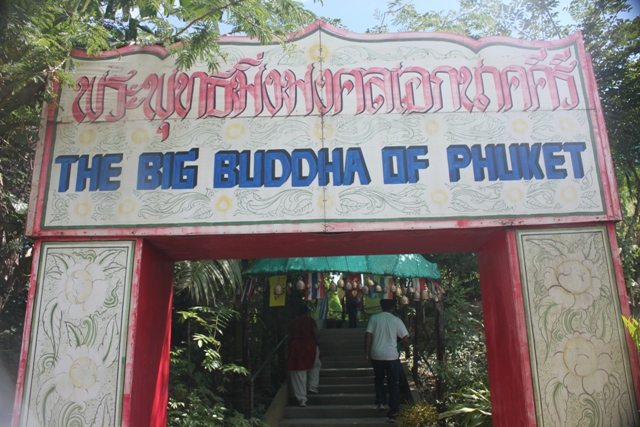 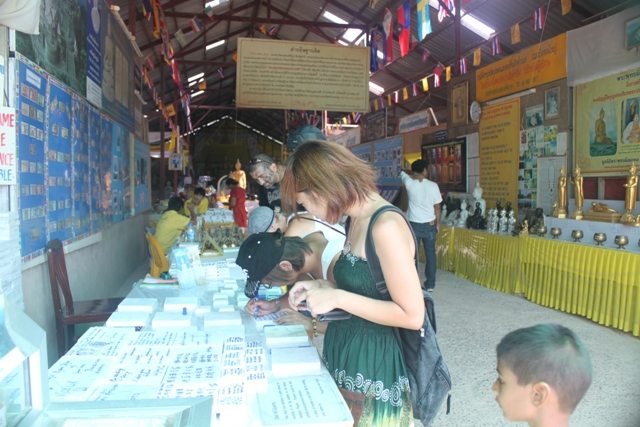 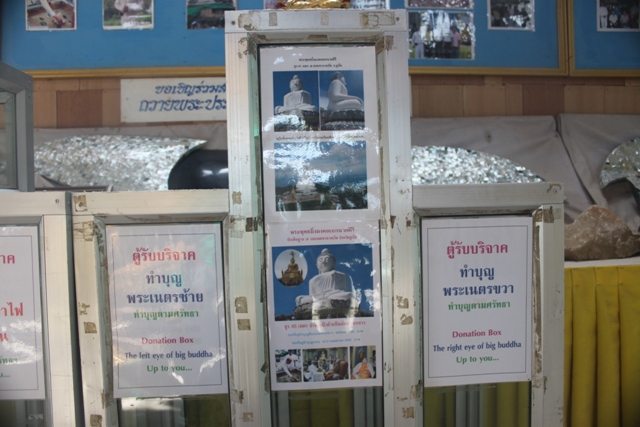 Specific contribution…how do you choose between right eye and left?

The sacred thread in Thailand is akin to our lachha that we tie at all auspicious occasions. But here they have a kind of bangle made of thread that you can wear. It comes in different sizes to fit children and adults. So the monk  will just slip it into your hand. Photography was allowed here. Pranav was so happy when the monk sprinkled some water on him. 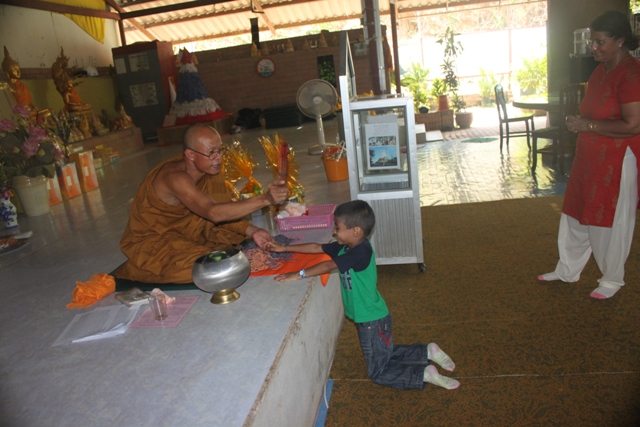 Blessings and tying of the sacred thread by the monk. 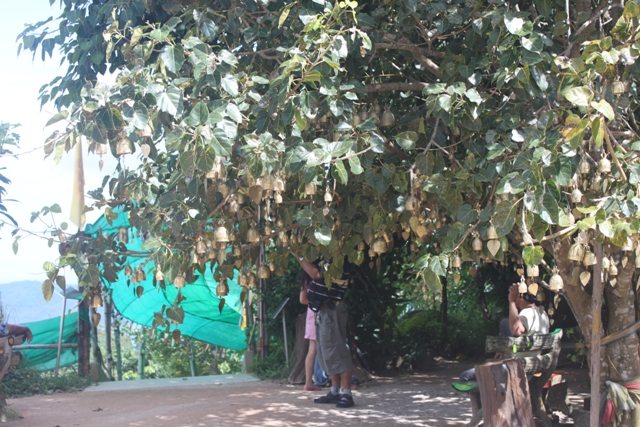 Bells on the people tree, Thai version of Mannat 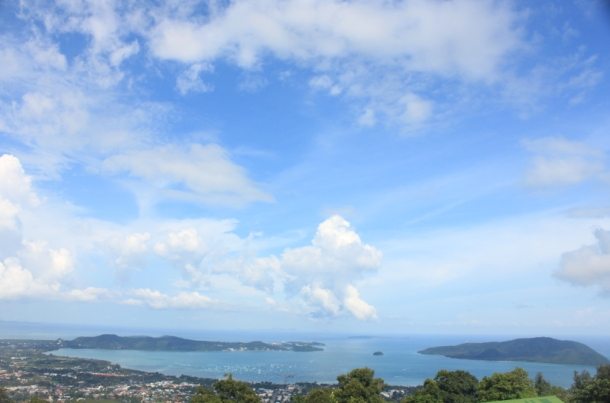 Views from temples are best, somehow

Next we stopped at another temple which had golden Buddhas. There were buddhha statues with so many different expressions and poses that after a certain point we just gave up and decided to go back. 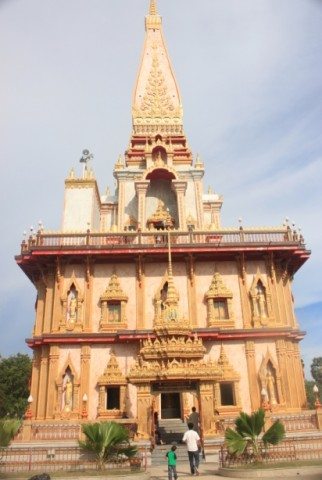 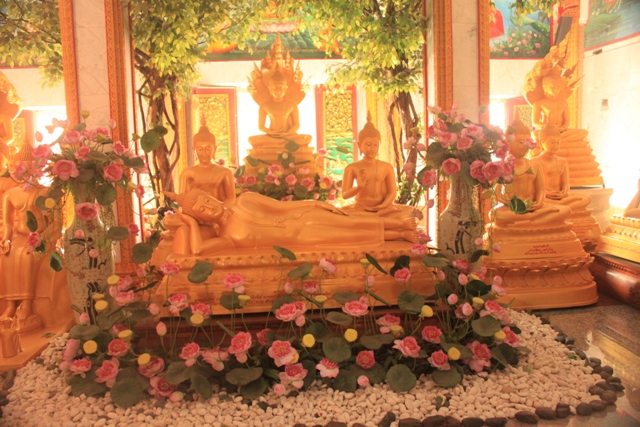 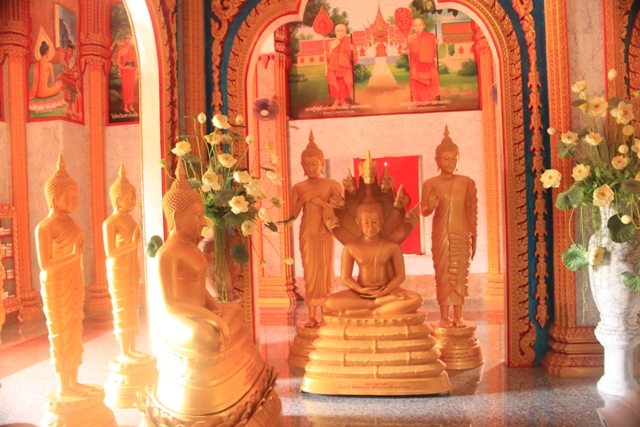 We made some more stops on the way back – the gems factory, a famous tid bit shopping spot (cannot recall the name!) et all, but on reflection I think we could have skipped them.

We reached Rohtang at or around 4 PM and passing through the beautiful pass and its valleys amidst dense fog reached Manali at or around 5 PM. Since, Manali was visited many times by all of us and also due to the exertion of the long drive, we preferred heading towards our home without stopping. Steadily, we reached Sunder Nagar via Mandi in Himachal Pradesh covering another 140 km to reach as closer as possible for the return journey, on the following day. On the way we had some apples straight from the trees by courtesy of one of the owners of the orchard. We stayed in a road side Motel situated a few kilometers away from the town of Sunder Nagar, constructed alongside the river Beas at a bargain price of Rs. 1000/- for an excellent room equivalent to a super deluxe room of a 3 start hotel, with excellent facilities and river view balcony.

Lethargically, we started for the journey back to home and reached Delhi by evening with enormous sweet memories forgetting all hardships of the way. A total journey of 2200 kms in 9 days is the most memorable travel I have ever made in my life so far. My car has never betrayed even in the most adverse situations. Next day when we showed the photographs to our friends and relatives, the astonishing remarks filled the heart with joy and smile on the face. I still remember the journey while browsing the photographs and recall each event clearly one by one. My laptop has a screen saver of the picture of Taglang La and my office computer is loaded with the desktop picture of the landscape at Drass. Not many believe, it to be conquered by driving a small car all the way without a professional driver, the photos however, leaves them in awe. Many of my friends are now planning for the trip and insisting me to join them but honestly, I don’t have the dare to repeat this road journey again. Moreover, a lot more destinations are still on my list and want to cover them all one by one and share with all esteemed readers in future. Your valuable comment is most sought on the write up.