In the first week of June, as the summer began in most of the east coast in the USA, my husband and I managed a six-days off from the work and decided to visit my cousin sister and her husband, who live in Calgary, Canada, close to the Canadian Rockies. Relentless rain and flash-flooding kept us pretty much house-arrested for the first couple of days, after which, the sun shone. And, all of a sudden the wide ranges of Canadian Rockies appeared at the west horizon of the city of Calgary. The gloomy city is all set for a bright and warm weekend. We set out for Banff in my sisters’ car on Saturday morning. 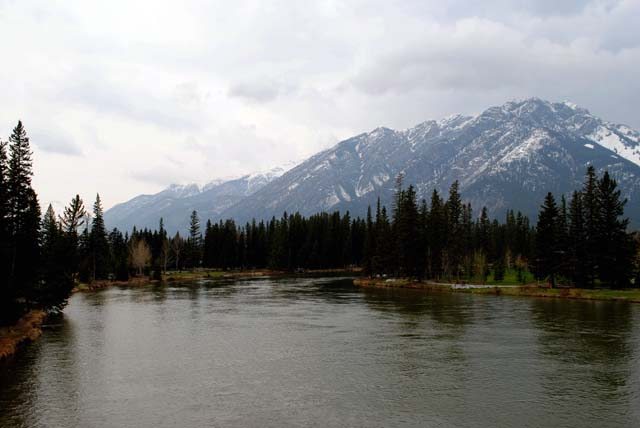 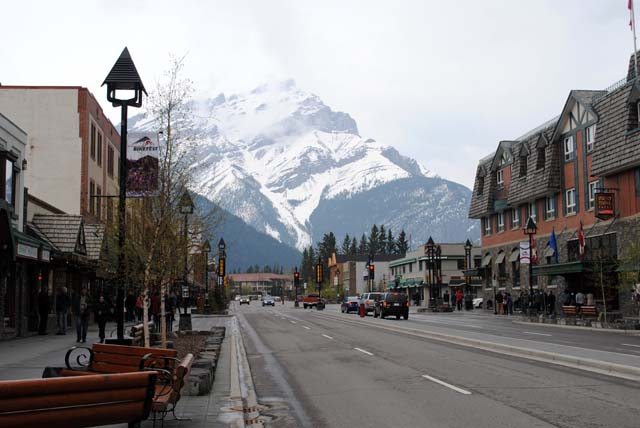 The town of Banff

Banff is a small picturesque town in Alberta’s Rockies. It is the largest town in Banff National Park, and one of Canada’s most popular tourist destinations, known for its mountainous surroundings and outdoor sports resorts. Banff is approximately 130km (80miles) west of Calgary. So, we headed west on Trans-Canada highway/ AB1-W. As we went past the city limit of Calgary, the views of the snow-capped mountains of Canadian Rockies became increasingly spectacular. The foothills of the mountains were covered with dark green conifers, and turquoise blue lakes were scattered here and there on our way. It is early June, but not yet summer in this part of the world. I opened the window of our car to take a few snaps, and the chilly wind gave the car-heating system a real challenge.

We reached Banff right before lunch, and we decided to go to a Mediterranean restaurant by the Banff boulevard, the only main road that runs through the middle of the town. It was not particularly the tourist season for Banff, so the town was fairly empty, the shops and the restaurants were less crowded. This small town amidst snow-covered mountains reminded me of the same serenity and quietude of Pahalgam, Kashmir, some 20 years ago. 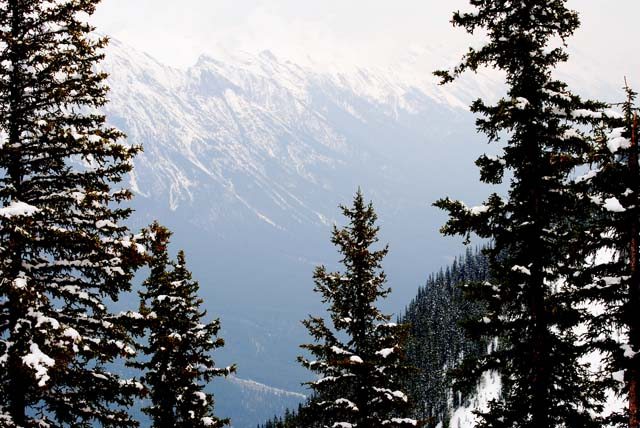 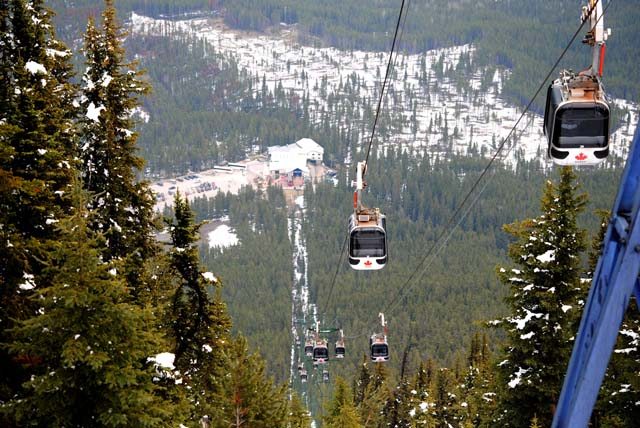 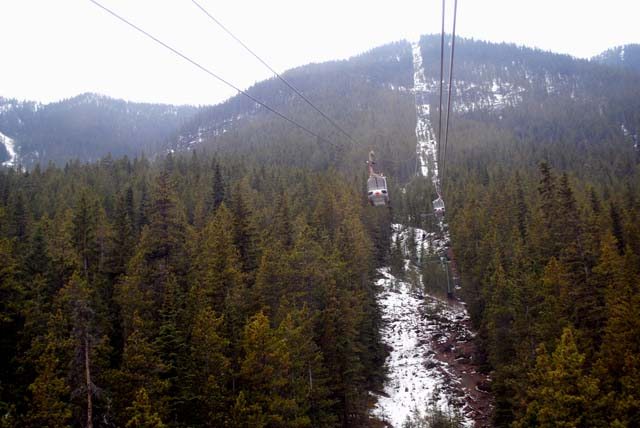 We started our meal with pita bread with freshly-made hummus, which was an appetizer in true sense. By the time we finished our lunch, the bright sunshine disappeared. We headed towards the gondola (cable car) to sulphur mountain. The friendly Canadian operators of the cable cars greeted us, and set us in one of the fully-enclosed four-passenger cable cars that ply from the bottom to the top of the mountain to an elevation of approximately 2000 meter (7500 ft). Upon reaching the summit, we found our way to the upper observation deck, where we got the breathtaking view of the Rockies in every direction. Just a storey below was the upper terminal of the gondola, from where there was about a kilometer walkway along the mountain-ridge to a meteorological station. But it was still snow-covered, and so, was inaccessible. When we came down, we were badly in need of a cup of smoking hot coffee. 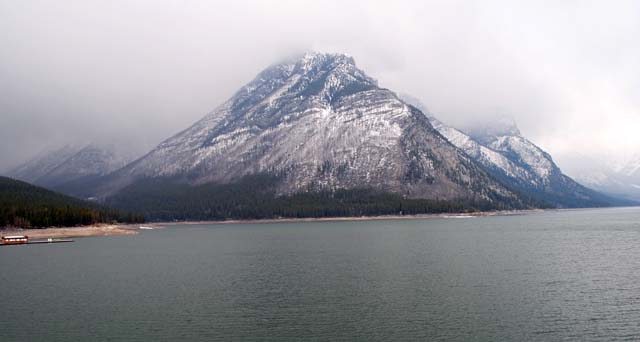 On our way back to Calgary, we stopped by Lake Minnewanka. It is one of the glacial lakes in the Rockies, just about 15minutes drive from Banff. The lake got its name from the Stoney Indian language, which is Nakota, one of the indigenous languages in the United States and Canada. The name means “water of the spirits”. The lake harbors a submerged village called Minnewanka Landing, which went under-water because of the rising in the water level due to the building of two dams in early and mid- 20th century. It has become an attraction to the recreational scuba divers now. 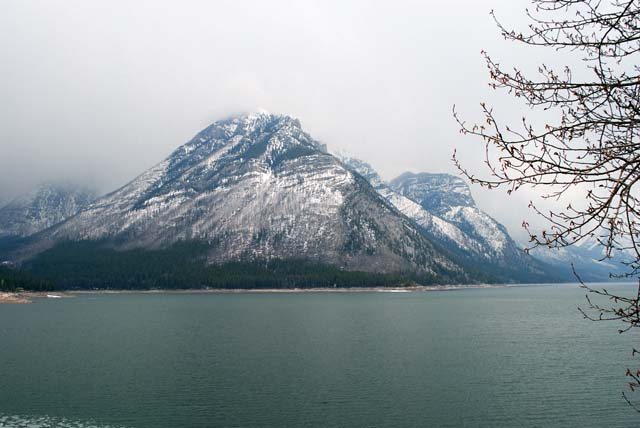 I love to travel. The passion for travel was instilled in me by my parents when I was a kid. We used to go for at least two yearly-trips, one short and one long. And at that time, when internet was not available, I would see my dad sitting with a thick time-table booklet of Indian railways and a travel guide to work out the entire expenditure and the plan for the trip. That's the best part of a trip, I think. I guess, I have inherited that too. No matter how short the trip is, planning for the trip prepares me well, and helps me make most out of the trip. However, this is my first-ever attempt at putting my travel experiences in words.

In our Kumaon itinerary, the second night stay was the only one that we left undecided. After all when you have a luxury of…